I develop numerical models of deformation on plate boundary zones to support datums that can be used by countries located in tectonically active areas such as the US, New Zealand and the Philippines.

I completed a PhD from the University of Otago in 1991 studying of earth deformation on the New Zealand plate boundary. Between 1992 and 2001 I was a Post Doctoral fellow first at LDEO and then Otago where I studied earth deformation on the New Zealand plate. I then spent 11 years working at the US National Geodetic Survey, where I was the Illinois State Geodetic Advisor and responsible for the HTDP program. Here I was responsible for the first comprehensive block for western North America and dislocation models for major earthquakes such as the 2002 Denali earthquake. I returned to the University of Otago between 2012 and 2017 as a Lecturer. More recently I have been a working as a geodesist developing geodetic datums for developing countries and involved in projects to develop new satellite positioning technologies.

Working with scientists in developing countries who become colleagues and friends.

All the overseas travel sitting in airplanes for 20-30 hours at a time!!

I spent 3 years developing a new datum for Nepal including a deformation model to correct for the MW 7.8 2015 Gorka earthquakes as a NZAid project. This involved developing models of the earthquake and software to readjust the coordinates so that people could determine position of things reflecting where they are now not where they were before the earthquake. This is important in Nepal because the earthquake caused things to move by 2.5 m horizontally and 1.5 m vertically!

I was surveying in Kaikoura after the earthquake last year to measure the deformation from the earthquake. We have a special instrument to set up our instruments directly over ground marks that have been surveyed before and this has to be done very carefully so we can determine the change positions due to the earthquake. Anyway we were on Dillion Cone which at 2173 m is one of the highest points in the Inland Kaikoura Range. Of course we got there by helicopter. Unfortunately when we left I left this delicate instrument which we needed for every other site we planned to visit with the GPS receiver. Imagine our concern at the next site when we realized we did not have it. There was nothing for it but to send the helicopter back up to the top again and get it.

Tramping, the environment, Theater (as an audience). 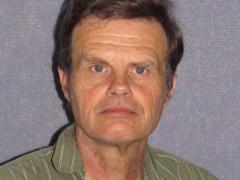