Dressing up as Stan the CD dog at A&P shows, meeting people at community events, providing essential information about the 'Get Ready, Get Thru' message.

Doing what we have been trained for (because it means something terrible has happened).

Reviewing the 'Standard Operating Procedures' for Civil Defence Centers. Writing scenarios for people to act out as 'displaced people' at a training exercise in Diamond Harbour on Oct 17th.

On day three after the September 2010 earthquake at Linwood Welfare Centre having a volunteer come up to me asking when was this exercise going to end? (Told me that our exercise training was realistic).

1. Joking by saying to the rest of the team in August 2013 that I was missing the earthquakes so was going to Wellington for the weekend (after they had a Magnitude 6.5 earthquake on the 21st July). I was just putting some milk into the fridge in my hotel room when the 16th August Magnitude 6.6 Seddon earthquake hit. I was 17 floors up in the Travelodge Hotel in Wellington. Be careful what you wish for!2. At a recent training exercise held at Parklands Baptist Church last month I invited a friend to come along and act as a 'Displaced Person' - he promptly went into the exercise, marched up to the first desk and said "Hello, my name is John, and I will be your actor for today!" Pick and choose who you want to act out your scenarios carefully…

Church Pipe Organ repairing. (I was involved in the removal of the pipes from Oxford Terrace Baptist Church pipe organ after the September quake, and recovery of the pipe organ from St Lukes-in-the-City after the Feb/June quake series). 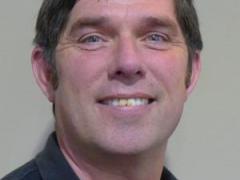