Ō Tū Wharekai was an important kainga for Māori. Mahinga kai and natural resources were gathered.

The significance of water to Māori

Wetlands all over New Zealand were used for the following:

The area was also part of the pounamu trails and an ara (way) to Poutini (West Coast).

Values: Use this page as a starting point to look at your own values about water and wetlands.

Previous
The Importance of Wetlands
Next
Wetland Treasures 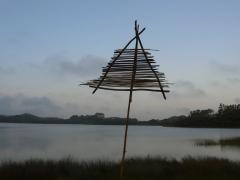 Māori have a spiritual connection with water. Image: LEARNZ. 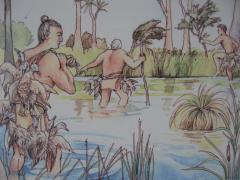 Wetlands were an excellent place to gather natural resources and traditional food. Can you name any of these? Image: LEARNZ. 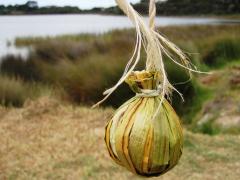 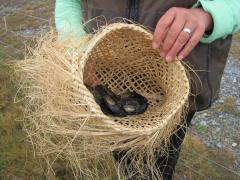 This is a flax kete used to gather freshwater mussels. How were these mussels used by Māori? Image: LEARNZ. 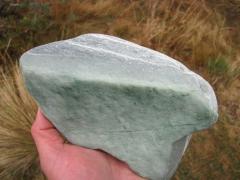 This is a piece of pounamu. Māori passed through Ō Tū Wharekai on the way to the West Coast to collect pounamu. Image: LEARNZ.