Wetlands of Ō Tū Wharekai include kettle holes, ephemeral tarns, swamps and bogs, as well as the Ashburton Lakes and the Rangitata River. 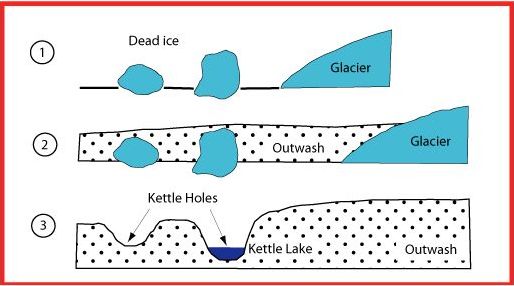 Swamps get their water from streams, ground water or run-off.

Bogs get their water from rainwater. They are often found in alpine areas.

The table below shows photos of the same ephemeral tarn. It is a good way of seeing how the tarn changes during the year.

Create: Make a model to show how kettle holes are created. 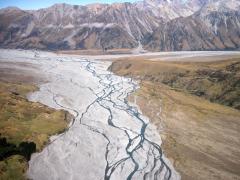 The Rangitata River is part of the Ō Tū Wharekai wetland ecosystem. What type of river is it? Image: LEARNZ. 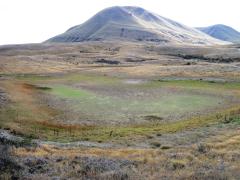 A kettle hole at Ō Tū Wharekai. What time of year do you think this photo was taken? Image: LEARNZ. 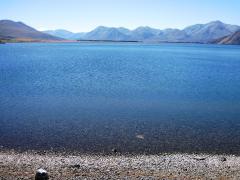 Lake Heron is one of 12 lakes at Ō Tū Wharekai. How did these lakes form? Image: LEARNZ.

This plant will often be found growing around swamps - what is it called? Image: LEARNZ.