A wetland ecosystem is built on interactions between the plants and animals that live in the wetland. These living things are all connected and depend on each other to survive. While a wetland has its own ecosystem, it cannot survive in isolation; it is connected to the land and waterways around it.

Ecosystem – the interactions between plants and animals within an environment.

Interdependence – depending on each other; mutually connected.

Niche - the role of an organism within its natural environment that determines its relations with other organisms e.g. its position in a food chain and food web.

Producer - a plant that makes its own energy from the sun through photosynthesis.

Consumer - animals are consumers because they cannot produce their own energy.

Food Chain - an arrangement of organisms in a community according to which organism is eaten or eats another. Food chains always start with a plant (or plants).

Food Web - a system of food chains linked to one another.

Within Ō Tū Wharekai the animals and plants occupy ecological niches and they are dependent within that niche on their surroundings to provide food. This can be represented by a simple food web, which shows the feeding patterns within the wetland. Solar energy is converted into plant material by the producers at the bottom of the food web. This energy is passed on to consumers and eventually to the top predator in the web. In the case of Ō Tū Wharekai, this is the abundant bird life which occupies the lakes. If any part of this food web is threatened, the whole environment around that part is also threatened.

A simple food web for a New Zealand wetland: 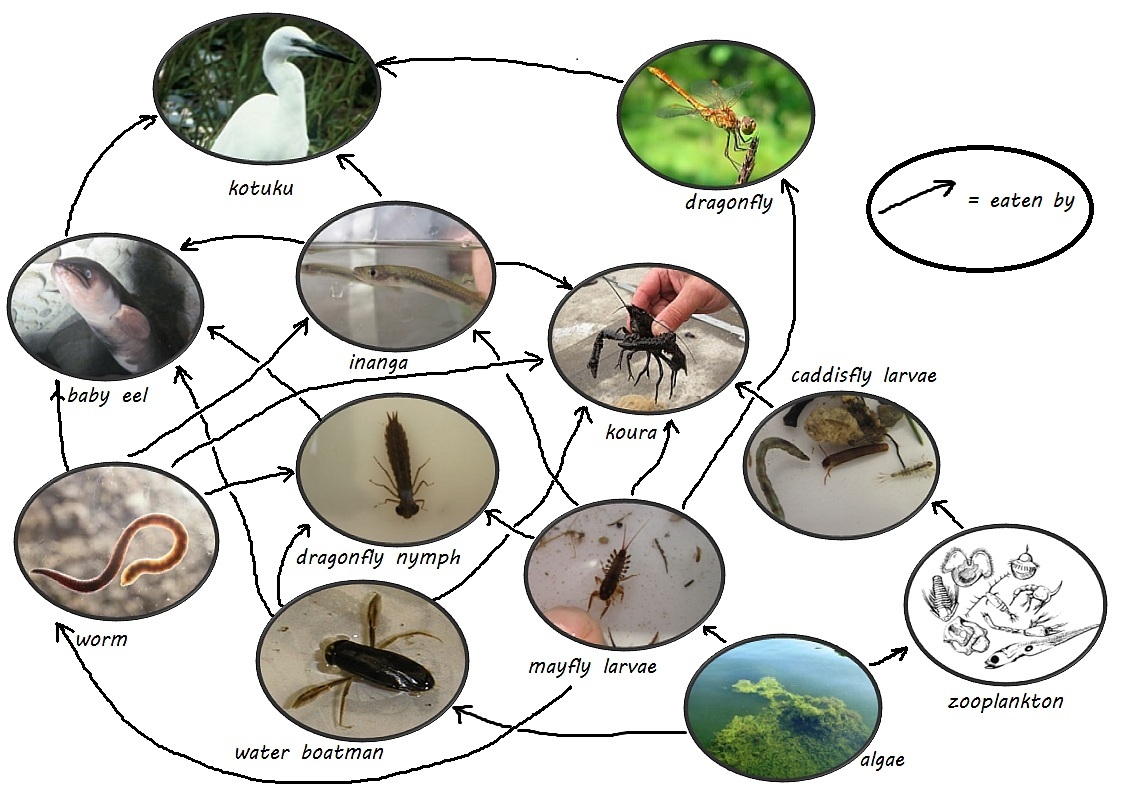 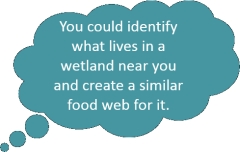 At first sight it may appear that Ō Tū Wharekai is an isolated wetland ecosystem and in many ways that is true. However, Ō Tū Wharekai is home to many migratory birds. These birds form a link between wetlands locally, nationally and internationally. Birds that make their home for part of the year in Ō Tū Wharekai are likely to seek out wetlands as stopover points as they migrate  between their feeding and breeding grounds. These on-route wetlands are critical as they provide feeding and resting places, which enable the birds to continue their migratory journey. Conservation of wetlands is therefore a global as well as a local issue.

Consequences: If you removed one or two parts of this wetland food web, what do you think would happen? Why?

Previous
Wetland Treasures
Next
Wai Water is so Important