New Zealand is surrounded by the sea and the sea is a taonga. Our oceans support more than 15,000 known species, many of these are found no where else in the world – and there are an estimated 50,000 more to discover

Life on Earth depends on the ocean.

The ocean is part of our lives – we may swim in it, sail on it or eat food from it. Whether we live by the ocean or not, it affects us all because it:

New Zealand is surrounded by the sea. The sea is our taonga. Our connections to it are strong. More than 75% of New Zealanders live within 10 km of the coast. Even if you live inland you are never further than a couple of hours drive from the sea.

The sea is an important part of our Kiwi lifestyle – whether you use it for recreation, harvesting food and other resources, or for spiritual wellbeing.

These areas are governed by New Zealand laws and are used by a variety of people, industries and organisations.

New Zealand's marine environment is particularly rich and complex because:

This means New Zealand has a rich diversity of marine habitats and species. Scientists estimate that as much as 80% of New Zealand’s indigenous biodiversity may be found in the sea. Yet less than 1% of our marine environment has been surveyed. More than 15,000 species have been discovered, and on average 7 new marine species are identified every fortnight. Scientists estimate that there may be as many as 65,000 marine species in New Zealand waters. Our isolation means that many of these species are endemic, which means they are not found anywhere else in the world. 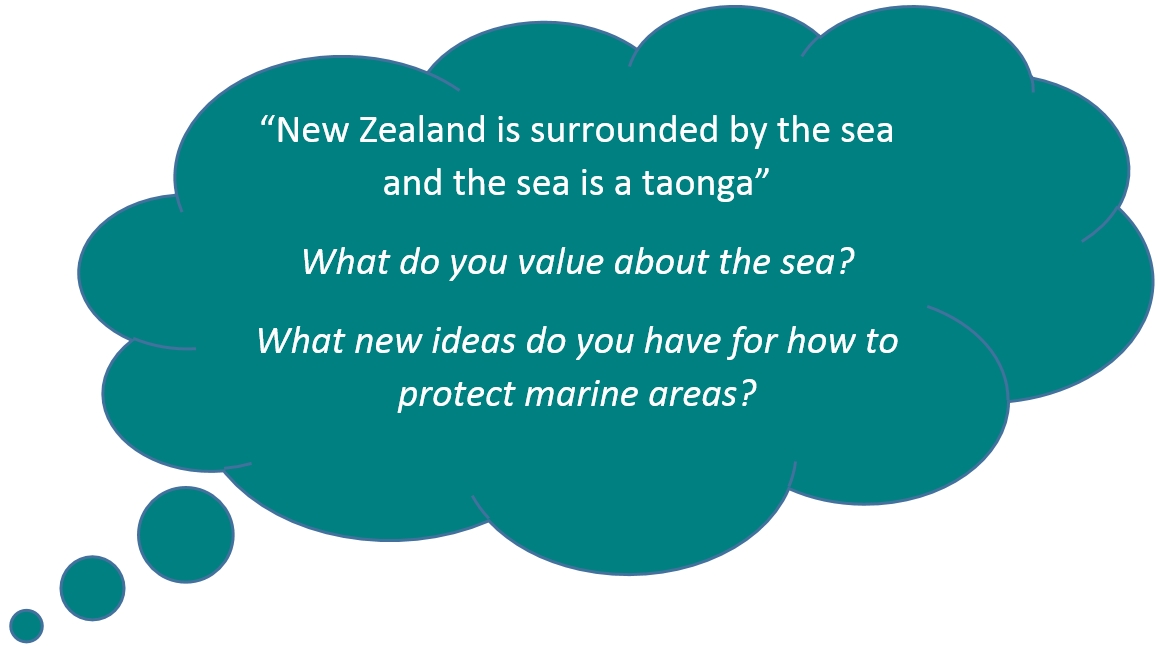 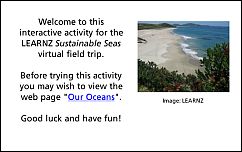 How does the ocean affect you and your way of life? 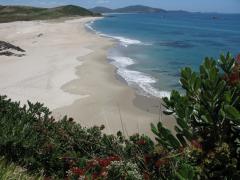 New Zealand is surrounded by the sea and it is a taonga. Image: LEARNZ. 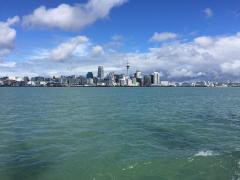 More than 75% of New Zealanders live within 10 kilometres of the coast. Image: LEARNZ. 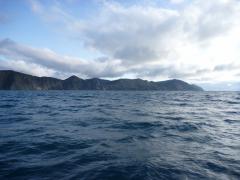 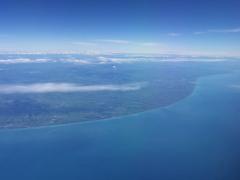 Our sea supports a high level of biodiversity. Yet less than 1% of our marine environment has been surveyed. Image: LEARNZ.