When organic waste breaks down in a landfill it produces leachate and greenhouse gases such as methane and carbon dioxide. At kate Valley Landfill, this methane is collected through a network of pipes and used to create electricity.

What is organic waste?

Organic waste is anything that was once living or made from something that was living eg food, garden and lawn clippings, animals and animal waste, paper, cardboard and timber.

A biodigester is like a mechanical stomach. It is fed with organic material, which is broken down (decomposed) by micro-organisms (bacteria) in an oxygen-free (anaerobic) environment. The same thing happens when organic waste is put into a landfill. This process produces a liquid called leachate, and renewable energy called biogas (methane and carbon dioxide). Both of these are greenhouse gases.

Carbon naturally moves from one part of the Earth to another through the carbon cycle. However, human activity is adding carbon to the atmosphere (in the form of carbon dioxide and methane) faster than natural processes can remove it. That is why the amount of carbon dioxide and methane in the atmosphere is increasing, which is causing the earth to warm and the climate to change.

This diagram of the carbon cycle shows how carbon is cycled between the air, oceans, ground and living things: 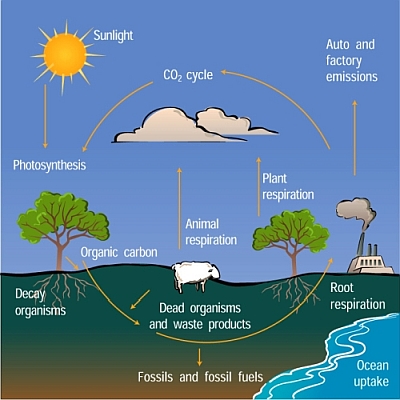 Greenhouse gases are found naturally in the atmosphere and keep our Earth warm enough to support life. They include water vapour, CO2, methane, and some others.

The Earth gets energy from the Sun in the form of sunlight. The Earth's surface absorbs some of this energy and heats up. That is why the surface of a road can feel hot even after the sun has set, because it has absorbed heat from the sun.

The Earth cools down by giving off a different form of energy called infrared radiation. However, before all this radiation can escape to outer space, greenhouse gases in the atmosphere absorb some of it, which makes the atmosphere warmer. As the atmosphere becomes warmer, it also makes the Earth's surface warmer, a bit like a greenhouse.

Planets without greenhouse gases get very hot when the sun shines on them but extremely cold at night time.

The Earth needs greenhouse gases to trap heat but if these gases increase too much the atmosphere will continue to get warmer, resulting in ‘global warming’. Carbon dioxide is the greenhouse gas you hear people talking about the most. That is because we produce more carbon dioxide than any other greenhouse gas and it is responsible for most of the warming. Greenhouse gases come from all sorts of everyday activities, such as heating our homes and driving around town.

The graph below shows the major greenhouse gases that are produced from human activity: 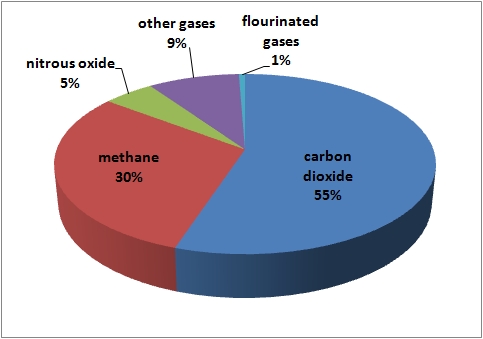 Besides CO2, another important greenhouse gas is methane (CH4). Methane is produced by bacteria that breaks down organic matter. You would expect landfills to create lots of methane - and they do!

Methane is, however, a valuable resource. Methane contains lots of energy:

At Kate Valley the methane is collected through a network of wells and pipes then used to create electricity.

The pipes take the gas to large generators that produce 4 Megawatts of electricity each year. That electricity is fed into the national grid.

Kate Valley landfill controls the gas that comes from the breakdown of organic waste. This is called a ’Gas Management System’. Not only does it stop harm to the atmosphere, it also generates electricity from waste, a renewable resource.

Kate Valley will produce gas for several decades from now. 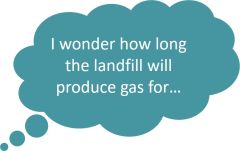 Challenge: Create a diagram that shows how the collection of gas at Kate Valley Landfill reduces harm to the environment. 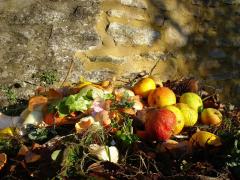 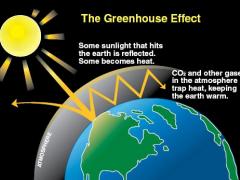 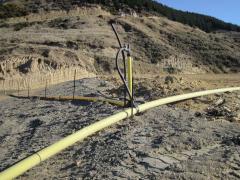 Wells are placed down into the rubbish to collect gas. The gas is then piped to a generation plant that makes electricity. I wonder how the gas is made to travel through the pipes. Image: Andrew Penny, LEARNZ.

This is where the gas is first comes to from the landfill. What might the big chimney stack be for? Image: Andrew Penny, LEARNZ. 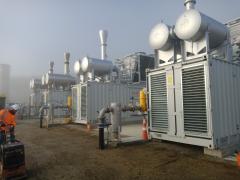 These four large generators make electricity at Kate Valley Landfill. What is the main gas used as fuel for the generators? Image: CWS.