Marine Reserves for Everyone | LEARNZ
Skip to main content

Marine Reserves for Everyone

Over time we have learnt more about ocean ecosystems and our impact on them. This has resulted in changing attitudes and values.

Values are like firm beliefs. They are important to people. Not all values are the same. Everyone has slightly different values.

These values all play a part in marine protection.

Most people living today can see the benefits of marine reserves and conservation. But that wasn’t always the case. Many New Zealanders have changed their thinking over time. From the 1840s to the 1930s, many people saw the ocean as a limitless source of food. They thought that human impacts on it could only ever be minimal. People saw fishing as a basic human right. Most did not accept the idea of conservation.

Even in the 1930s, the pressure on fishing stocks started to become clear. People had to go further to get an abundant catch. There were calls to regulate commercial fishing to conserve stocks into the future.

By the 1970s the impact of over-fishing was starting to show. People started to think about the benefits of protecting some marine areas. The introduction of laws and rules started to protect our fish stocks and marine resources. 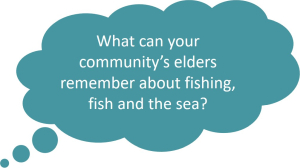 Today there are many who accept the idea of a marine reserve network around New Zealand. People are beginning to understand the vulnerability of the ocean and its creatures. 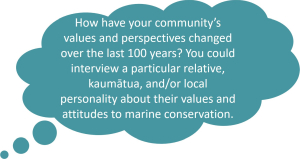 Professor Chapman from the University of Auckland first suggested the idea of a marine reserve in 1965. He wanted an area for scientific study. At that time, fishing or shellfish gathering could disturb marine experiments. The New Zealand Marine Department could see no reason to protect marine areas by law. They rejected the idea of a reserve.

Dr Bill Ballantine was one of the key people involved in the first no-take marine reserve at Leigh. This is the Cape Rodney-Okakari Point Marine Reserve, known as Goat Island. It took around 12 years of continual research and fighting. The area became legally protected in 1977. The no-take status was not a popular idea with everyone at the time. It is only now becoming clear just how important these protected marine areas are. 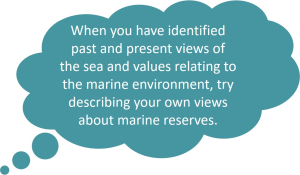 Check out Marine Reserves for Everyone from DOC's Protecting our Marine World education resource for activities to do before and after the field trip. 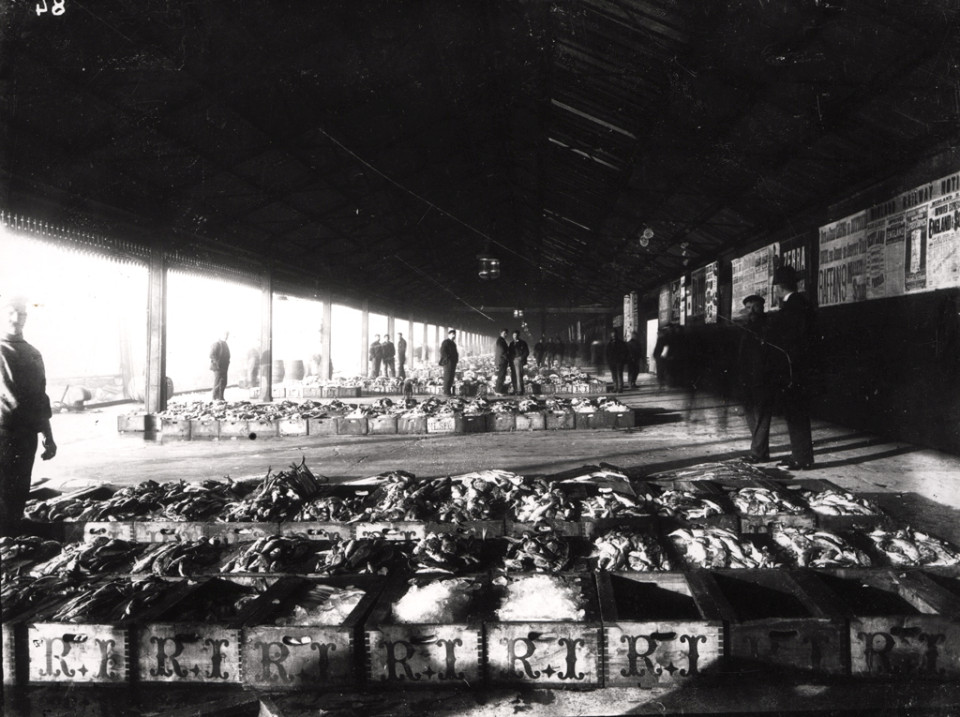 From the 1840s to the 1930s, many people saw the ocean as a limitless source of food. Image: Supplied. 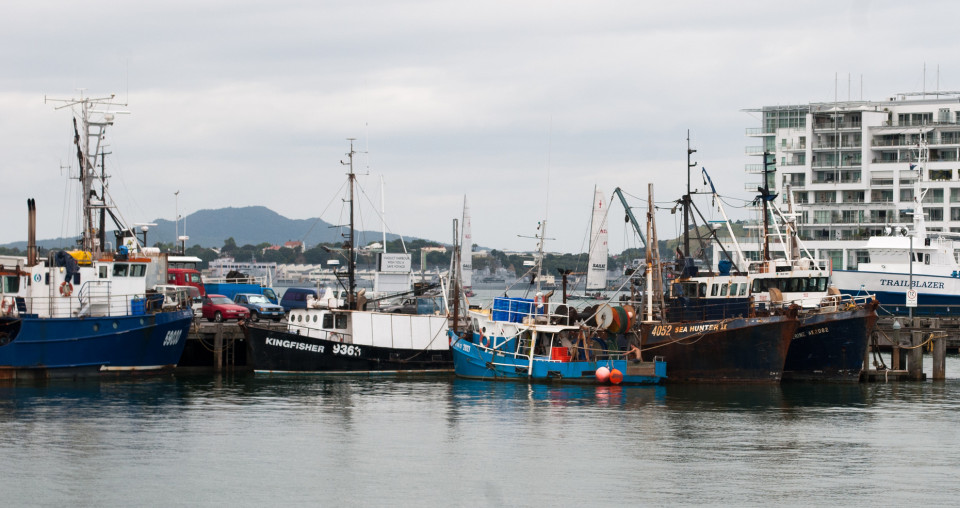 By the 1970s the impact of over-fishing was starting to show. The introduction of laws and rules started to protect our fish stocks and marine resources. Image: Supplied. 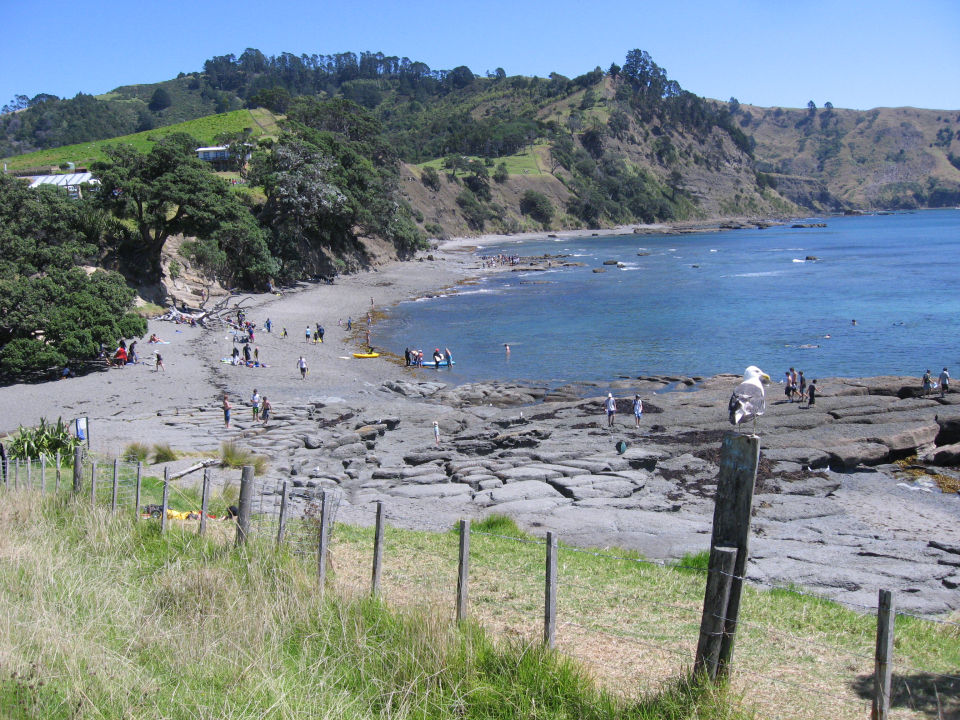 Today there are many who accept the idea of a network of marine reserves around New Zealand. Image: Andrew Penny, LEARNZ. 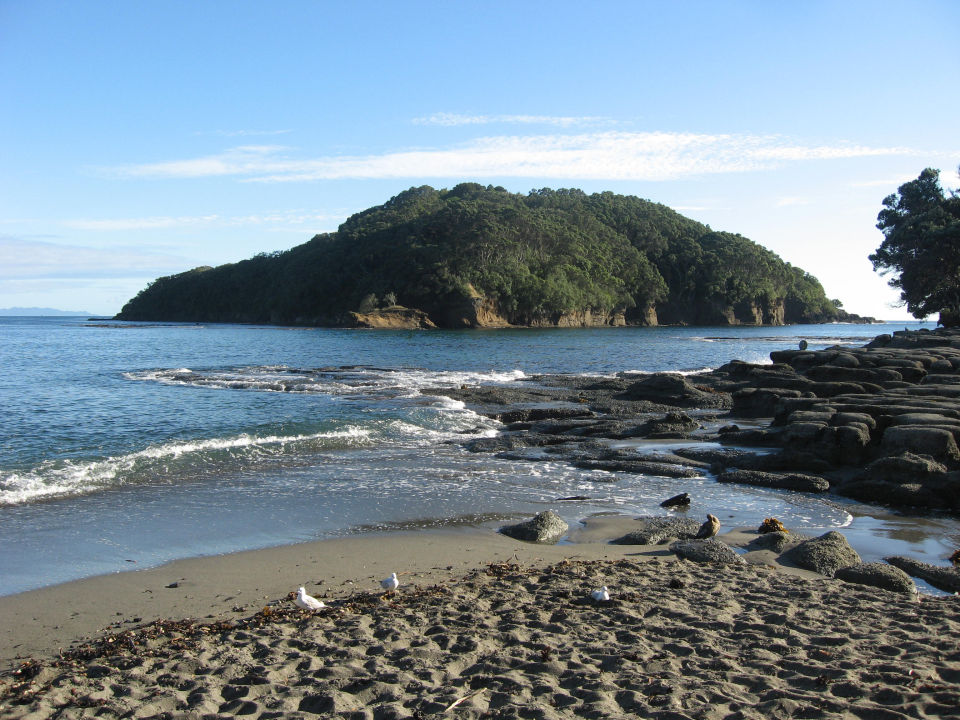 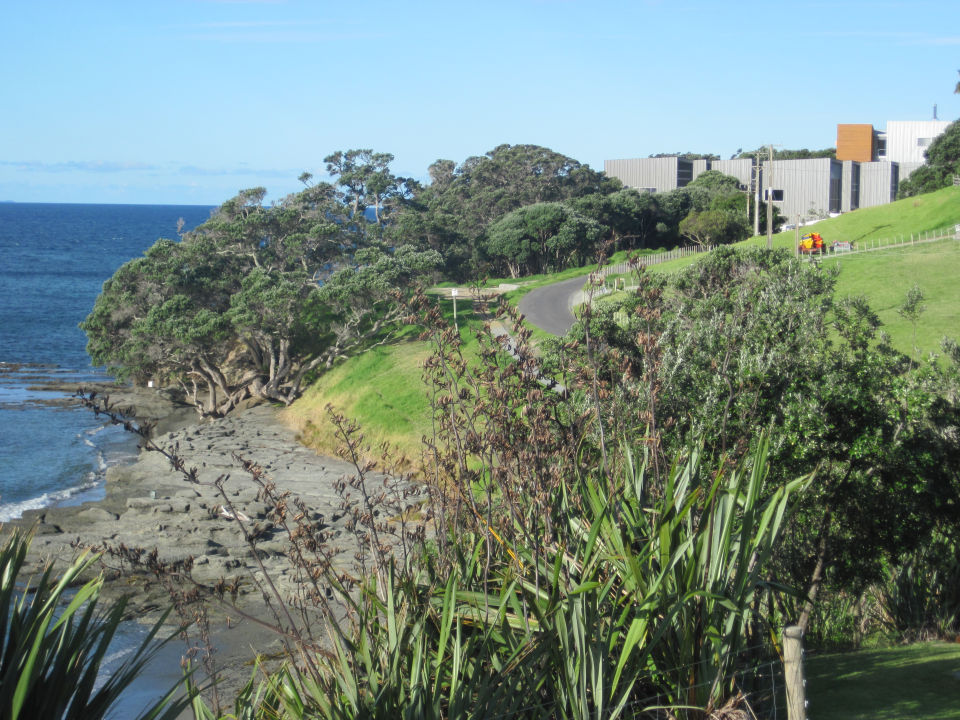 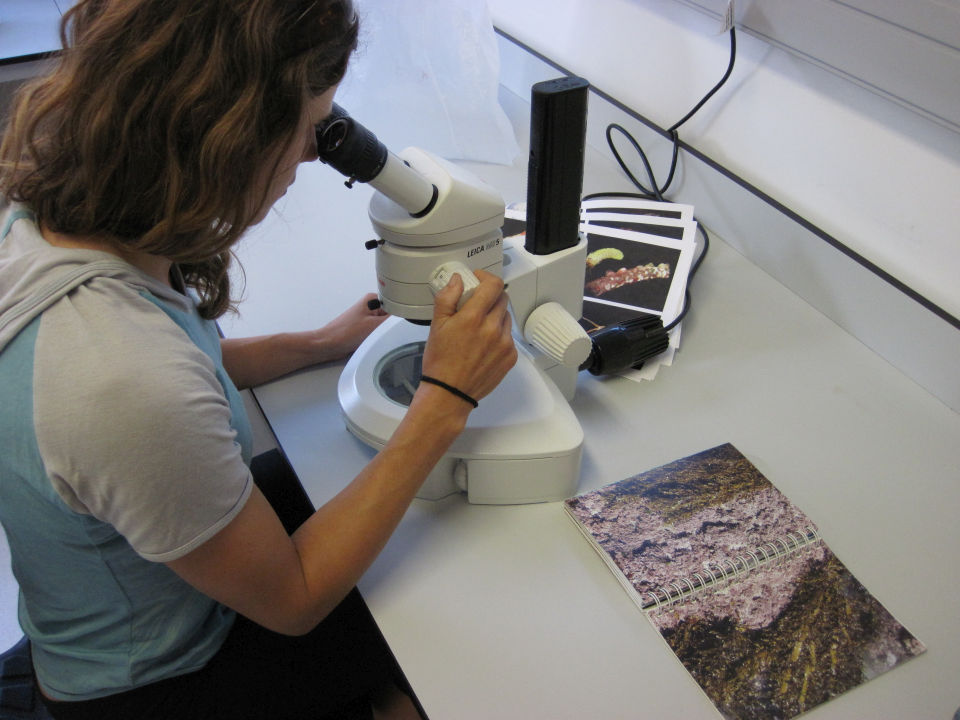 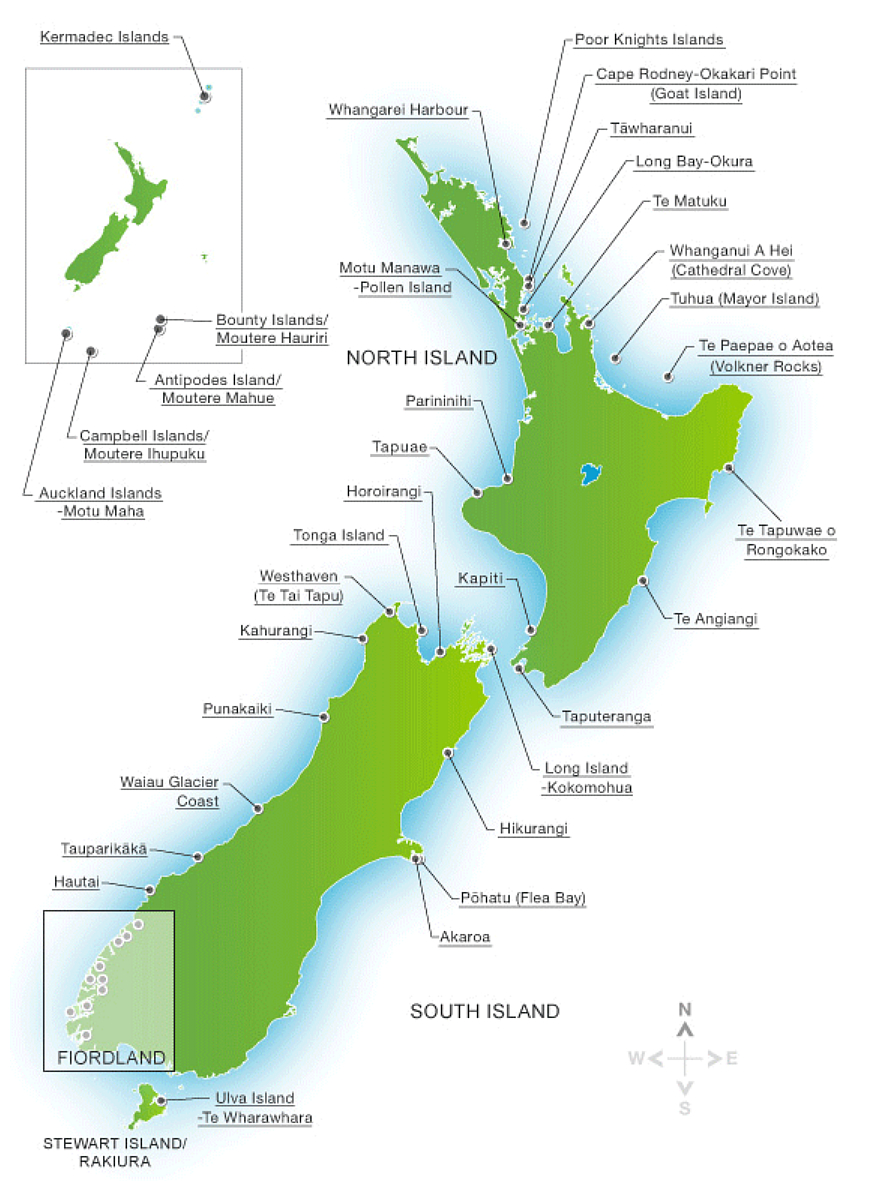 Today there are a total of 44 no-take marine reserves in New Zealand. Image: DOC.