I work for Ngāti Tūwharetoa which is the Iwi that have lived in and around Lake Taupō and Tongariro National Park area for centuries. No two days are the same for me where I could be involved in a rescue on Tongariro in the morning, sitting in a boardroom meeting at midday, meeting with DoC staff in the afternoon and trying to catch up on the never ending emails in the early evening.

A big concern for Ngāti Tūwharetoa is people's safety whilst within our tribal area, whether they are local residents, or visitors whom have come to enjoy the outdoors. That role has led to some great relationships with a wide range of people. Like scientists who are trying to predict future eruptions, Civil Defence who are trying to prepare people for events such as eruptions, Police who are brought in to help coordinate how to respond to an event and Council staff who help clean up after an event.

Since I was 10 years old, I have spent years and years tramping in the great outdoors of the central North Island especially in Tongariro National Park. This knowledge of the National Park has led to various roles such as looking after endangered species such as kiwi and whio around the Park.

Sitting inside on a fine sunny day. Grrrr… let me out!

I am currently planning a search and rescue exercise whereby a lot of people around the central North Island will come to Tūrangi for 3 days to learn a number of skills needed to make their searches better. This involves a lot of planning as we don’t want any of them to actually get lost! Imagine that ….! I’m also working on a project with a scientist to install 13 portable seismographs around Lake Taupō which will give us a better idea of where any future eruptions are located.

After the 2012 eruption at Te Maari on Tongariro, no one was allowed on the mountain except the scientists (and me). Great being there knowing we were the only ones on Tongariro and pretty much had the mountain to ourselves.

Two weeks ago we had a search for a lady on a snowboard who had not been seen for a couple of hours at one of the skifields. She boarded past the ski club and for some reason walked all the way to the Desert Road (14kms away) across the Park and on Army land. When she got to the road about 1 o’clock in the morning, she got a ride on a truck to Waiouru and wondered why there were three helicopters flying around with their lights on. She rang her husband who picked her up and went home for a bath. Luckily the husband rang Police who then told us she had rescued herself!!! Oh well, glad she was home safe and warm. 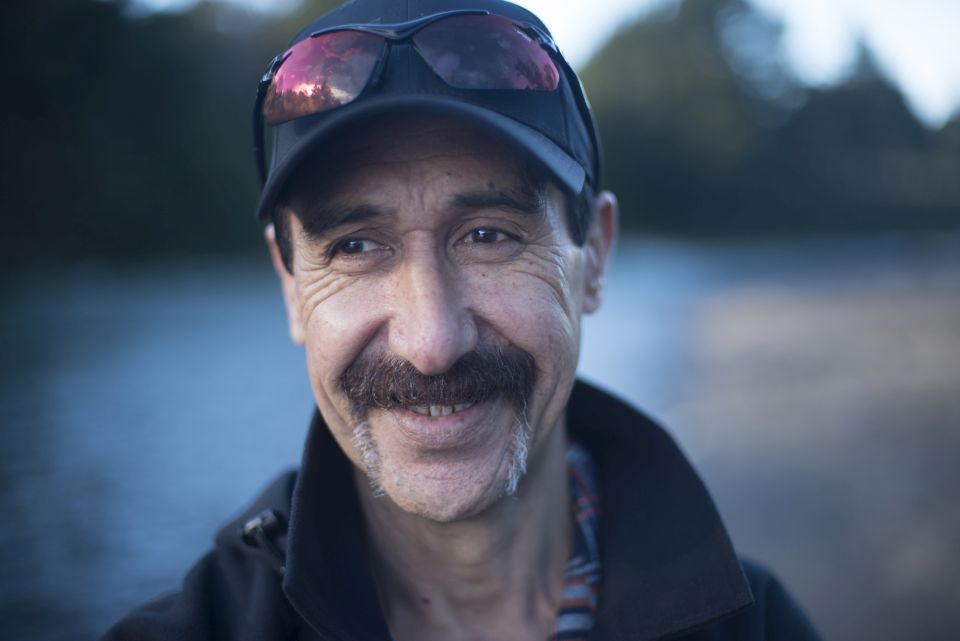 Bubs Smith is a DOC Ranger based in Tūrangi. Image: Supplied.