The marine environment is made up of different areas. Each area is home to different plants and animals.

The marine environment can be divided into the following areas: 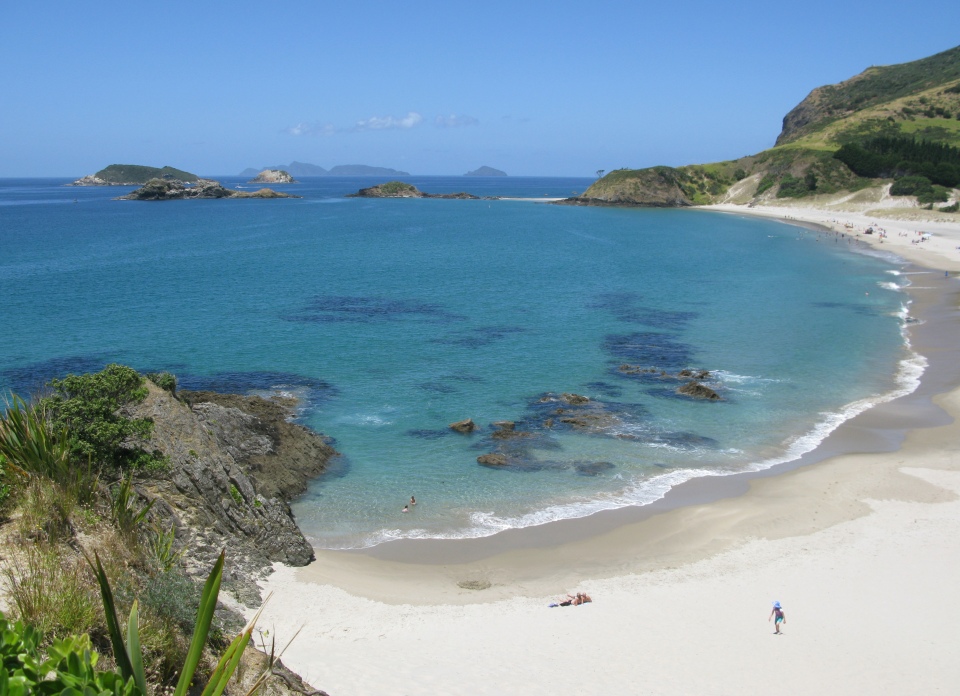 New Zealand’s coasts are mainly rocky cliffs, or beaches. The coast is a hard place to live because it is;

Plants and animals that live in coastal areas have adapted to live in this ever-changing place and can cope when the tide goes out. Rock pools are home to animals such as cockabullies’, sea anemones and crabs.

Marram and pīngao grow in the sand dunes. At low tide pipi, tuatua and other shellfish can be found. Crabs, sandhoppers and shrimps live under the sand on the beaches and come out to feed at low tide.

Birds use the coastal area. Gulls live up in the cliffs and visit the shore. Birds that come down to feed at low tide include oystercatchers and herons, which hunt for crabs, snails and fish. 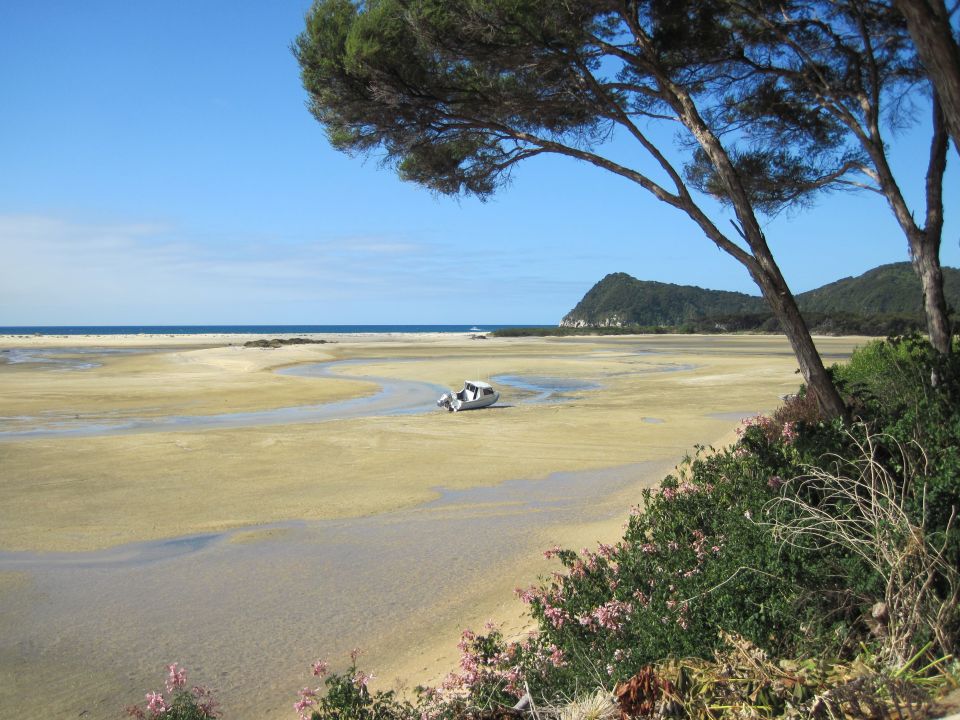 An estuary is an area of water on the coast, where fresh water and sea water mix. It often forms at the mouth of a river, with large mud flats where the tides wash in and out. There are about 300 estuaries around New Zealand’s coastline.

Estuary plants are special, they have to survive saltwater, storm waves and other hard conditions. Seagrass and mangroves are often found in estuaries.

There are a range of fish, birds and shellfish which live, feed and breed in estuaries. From tiny organisms to eels and godwits. Burrowing mudworms are eaten by birds and fish. Crabs make tunnels or hide under rocks. Cockles help filter the water and are food for birds and humans. Many native fish, such as flounder and kahawai live in estuaries.

Flocks of wading birds such as herons feed on the mudflats, and thousands of godwits and other migrating birds arrive each spring. Swamp birds such as pūkeko and bitterns breed among the mangroves and rushes. 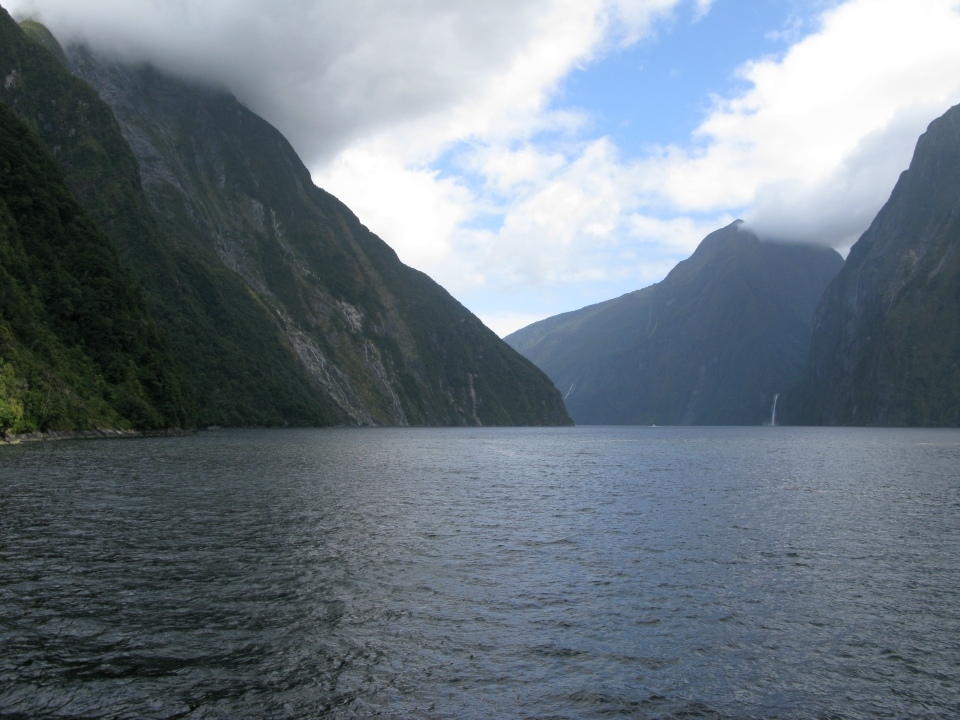 A fiord is a long, narrow inlet of sea, with steep sides carved out by a glacier. New Zealand has 14 fiords. A layer of fresh water lies over the saltwater, created when heavy rain runs into the fiords.

As the water runs down banks it becomes brown. This brown layer of fresh water stops some sunlight from reaching the saltwater below. This makes the saltwater dark, and so many creatures that usually only live in very deep black water can also live in the fiords.

Most animals in the fiords live on the underwater rock walls.

The top layer of brown fresh water is home to only a few hardy creatures such as mussels, shrimps and barnacles. Just below this layer, the rock walls are covered in huge numbers of sponges, corals, sea stars, sea urchins, lace corals and sea squirts.

Further down, sea cucumbers and glass sponges make their homes.

Heart urchins, tube worms and crabs are among the animals that live on the muddy floors of the fiords. 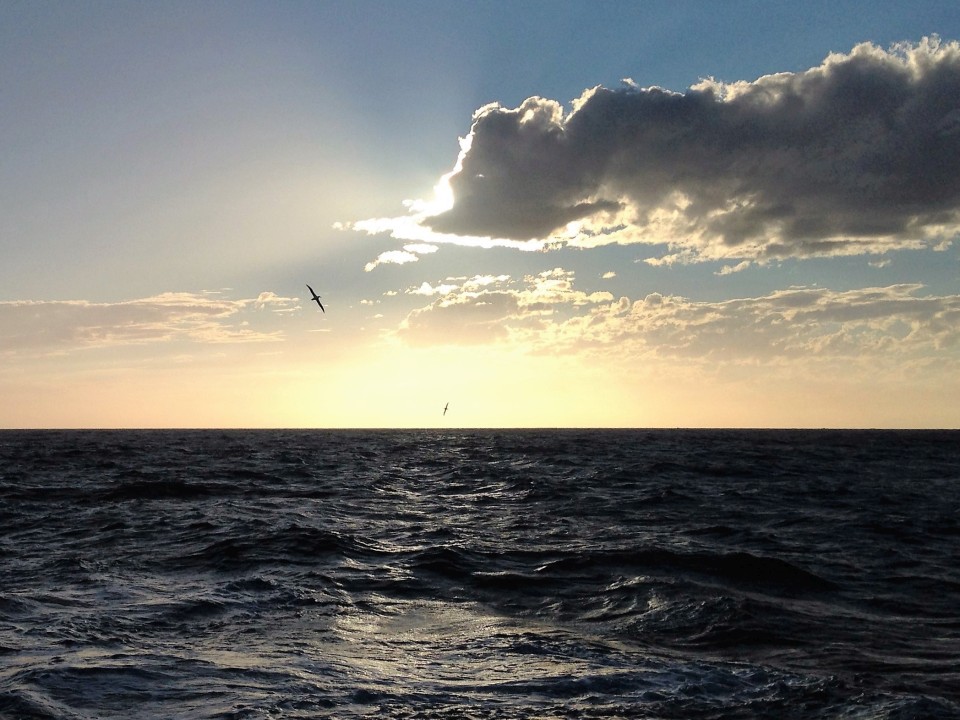 The richness of ocean life is connected to the amount of nutrients in the water. Nutrients are needed for the growth of plant plankton. Plankton are living organisms that drift in the ocean and provide food.

Plankton are the base of the food chain: plant plankton use sunlight and carbon dioxide to make sugar and provide food for animal plankton and other creatures. Larger animals come to feed in areas where there are lots of plankton.

Animal plankton provide food for ocean fish such as hoki. 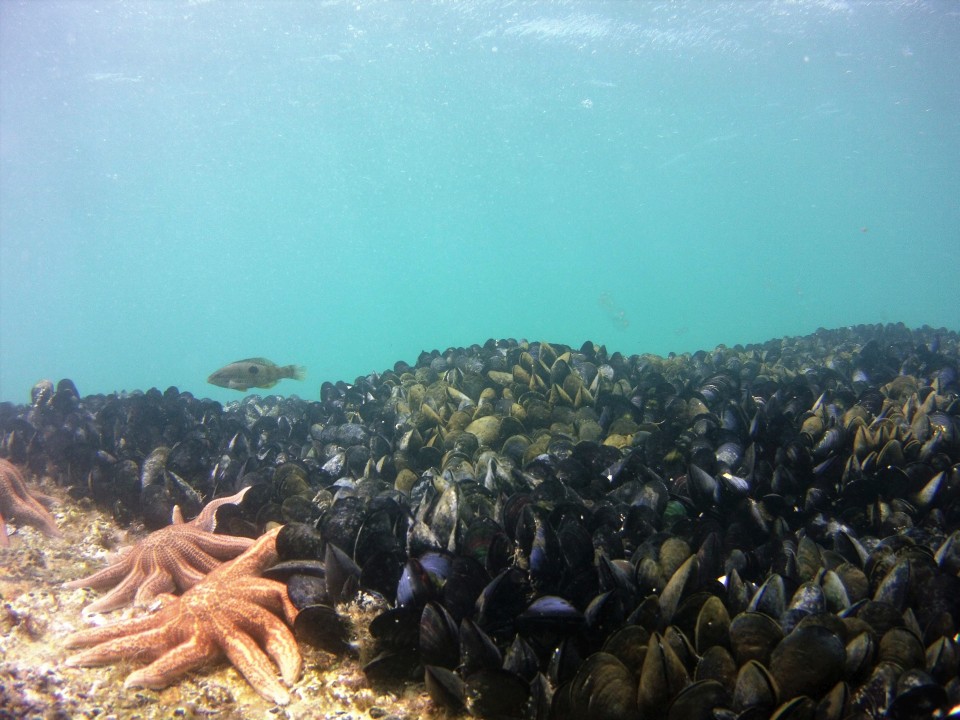 Ready for a quiz? Try The Marine Environment interactive activity.

Where the water is shallower, seaweeds make their own food by absorbing sunlight. Other organisms eat dead plankton or fish, animal waste, seaweed that sinks to the bottom, or other animals living on the seabed.

Usually, as you move into deeper water, there are fewer animals and less variety of species.

What types of marine environment exist near where you live and what species can you identify?