Braided rivers are found in only a few places around the world. They are made up of wide gravel beds and many channels and highly changeable water flow. Braided rivers provide habitat for many special plants and animals.

The Southern Alps are geologically young. They are constantly being uplifted and eroded. The rocks that fall down the mountainsides end up in rivers. They are carried downstream by floods. When the slope of the river flattens out on the plains, the rocks are deposited. In big floods the rocks and sediments are carried out across the plains toward the coastline.

Braided rivers form when these rocks and sediment build up on the riverbed. In time the build-up becomes so high that the water, seeking the lowest path, begins to flow down a new channel. In this way the streams of a braided river are always moving across their wide bed. Small shingle bars appear and disappear.

River channels shift and water flows vary. This continual change is one of the key features of braided river systems. It is also part of the reason these rivers are such productive ecosystems.

There are many insects in braided rivers which are food for native birds. At least 26 bird species feed and breed on our braided rivers, including:

A few seabird species breed along braided rivers too:

Braided rivers and wetlands are home to many aquatic invertebrates including dobsonflies, mayflies, stoneflies, caddisflies, waterboatmen, red coat damselflies, and sandflies. Wingless larvae live beneath rocks. All of these invertebrates are also a food source for fish and birds.

Lizards also make use of river-terrace boulder habitat to live and breed. McCann’s skink/mokomoko, the long-toed skink, scree skink, spotted skink and jewelled gecko are all found in braided rivers.

Braided rivers are also home to popular sport fish such as trout and salmon.

In braided rivers there are a range of low growing plants adapted to growing amongst shifting gravels, extreme temperatures and limited nutrients. Some special plants include the cushion forming forget-me-not and the rare tiny woodrush. Others include mat daisy and the native daphne/pinatoro.

People use braided rivers for recreational purposes such as jet boating, fishing, walking, and swimming. They are also an important tourist attraction.

Braided river-mouths are culturally significant for Ngāi Tahu. The Waitaki River, as the ancestral river of Ngāi Tahu, is of paramount importance. The Waitaki catchment was a key provider of mahinga kai resources and a means of travel by reed raft/mōkihi.

Where are braided rivers?

This map below shows the braided reaches of the 163 braided rivers in New Zealand. The larger rivers from each region have been labelled. 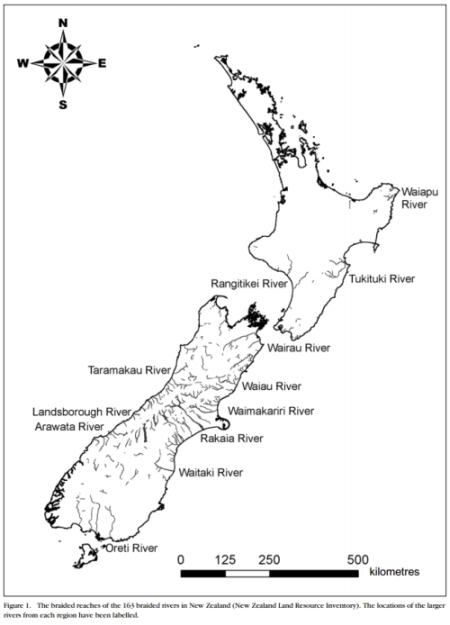 Braided rivers and the surrounding wetlands are under threat from:

How can you help?

Your actions can help the special and threatened species that live in and around braided rivers.

Compare: Make a comparison between a braided river and another type of river that you may have near your place.

Previous
Wetlands of Ō Tū Wharekai
Next
The Importance of Wetlands 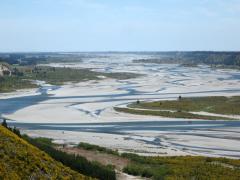 Braided rivers are made up of wide gravel beds and many channels. Image: LEARNZ. 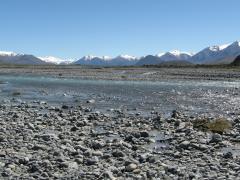 Rocks that fall down the mountainsides are carried downstream by floods. What does this movement do to the shape of the rocks? Image: LEARNZ. 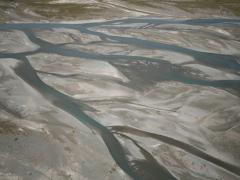 Braided rivers are very changeable environments. How does this changing nature help them? Image: DOC. 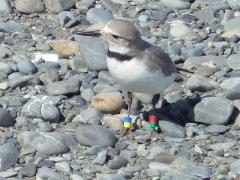 Many birds, such and this wrybill/ngutu pare, rely on braided rivers for their survival. What other birds might you find there? Image: Brad Edwards. 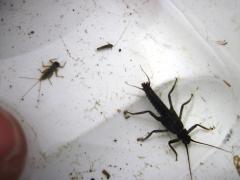 Invertebrates living in braided rivers are a source of food for birds and fish. Can you identify the invertebrates in this picture? Image: LEARNZ. 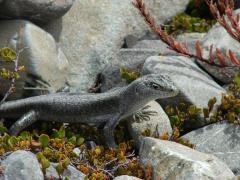 Lizards make use of braided river habitats to live and breed. Why do you think it is a good place for them? Image: DOC. 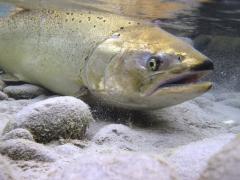 As well as native fish species, braided rivers are home to popular sport fish such as salmon. What do the salmon use the rivers for? Image: LEARNZ. 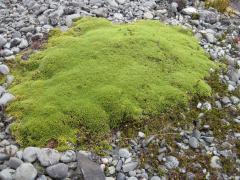 In braided rivers there are a range of low growing plants, like this mat daisy, adapted to growing amongst shifting gravels. What adaptations might these plants need? Image: LEARNZ. 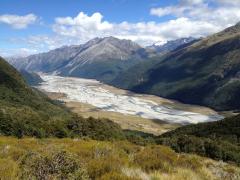 Braided rivers are highly valuable for a wide range of recreational activities. It is important that we all look after them. In what ways do people value them? Image: LEARNZ.