During the Geohazards 2015 field trip you will be investigating geohazards in Marlborough, including earthquakes, tsunami and landslides.

Geohazards in the Marlborough Region

Geohazards are common in the Marlborough Region. The northern end of the Alpine Fault splits into several parallel faults that spread out across this region. There have been several recorded earthquakes in the region including in 1848 and 2013, and a tsunami in 1855.

Because of its proximity to active faults Marlborough region is, not surprisingly, one of the most seismically active in New Zealand and a very good place to explore the nature of geohazards!

In 2013 a magnitude 6.5 earthquake known as the Seddon earthquake occurred:

The quake caused moderate damage in the wider Marlborough area and Wellington, 55 kilometres north of the epicentre. Only minor injuries were reported. Several aftershocks occurred during 21–29 July.

The Seddon earthquake is related to a second major earthquake which occurred on 16 August known as the Lake Grassmere earthquake.

In Wellington, the earthquake caused minor damage to buildings, breaking some display windows and cracking plaster.

This earthquake occurred on an adjacent fault to the July earthquake. It started its own aftershock sequence.

Marlborough also has hazards related to landslides, particularly in areas that have been developed for farming.

Marlborough has also been affected by tsunamis in the past. In 1855 the Wairarapa earthquake, which ruptured the Wairarapa fault east of Wellington, generated a tsunami with a wave height of 4-5 metres along the Marlborough coast. 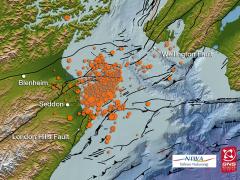 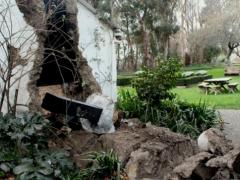 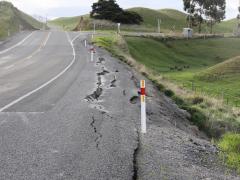