Latitude and longitude can be shown as imaginary lines running around the earth. They are used to identify where we are. 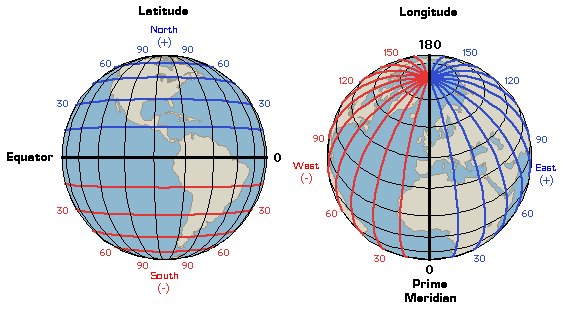 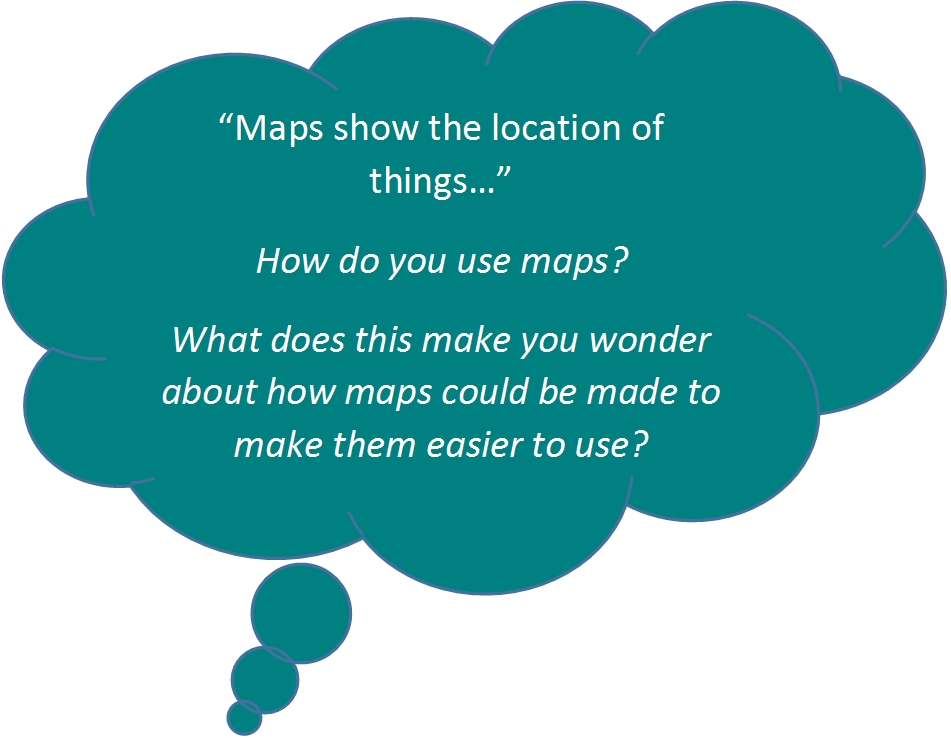 Longitude: These vertical (up and down) lines around the earth meet at the poles and are widest apart at the equator. Zero degrees (0°) longitude is in Greenwich, England. The degrees continue 180° east and 180° west of the 0° line. Where they meet in the Pacific Ocean is called the International Date Line.

The Earth is a sphere (a ball) so making a map of part of the Earth on a flat piece of paper is rather tricky. Think of peeling an orange. The peel is like a map when flattened out.

One projection called an ‘interrupted projection’ produces a map a bit like our orange peel. Note that the distances between points in high latitudes is distorted.

Interrupted Map Projection A common projection is called the ‘Mercator projection’. The east-west scale is the same as the north-south scale but high latitude areas such as Greenland and Antarctica have exaggerated sizes. It is not used much in New Zealand.

Ready for a quiz? Try the "Mapping" activity.

Think about the maps you have used over the last month... how were these maps made? How much information do they include? 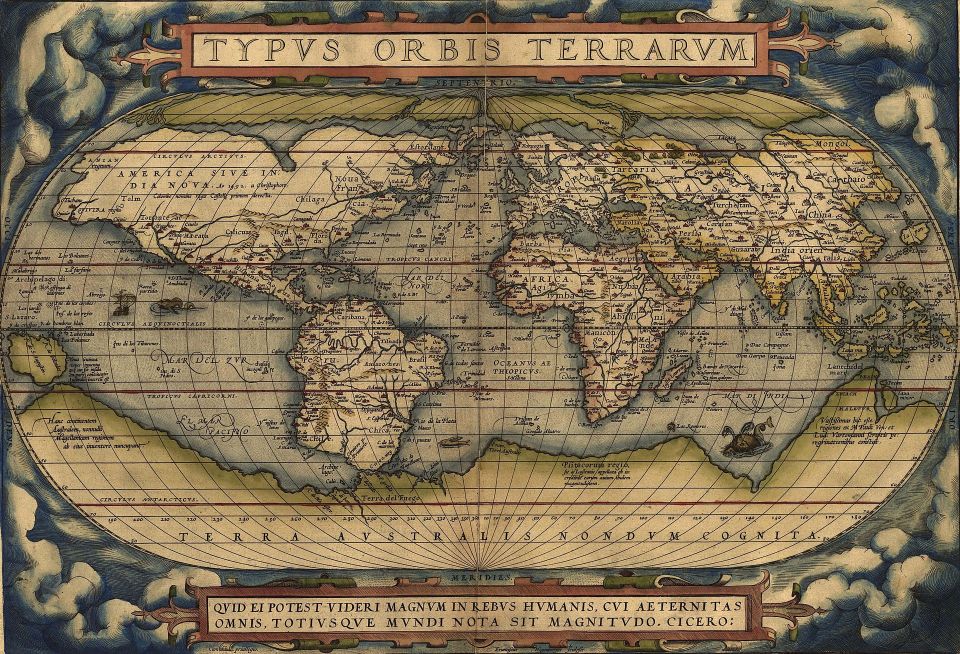 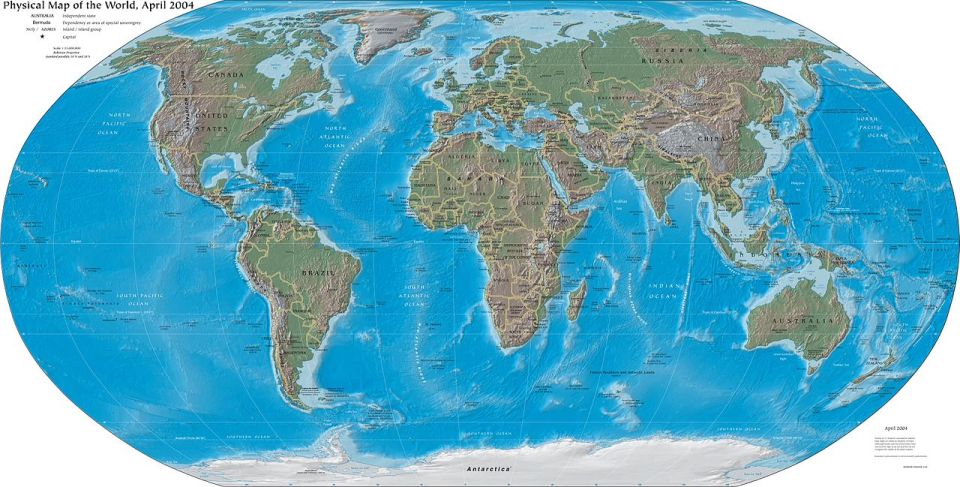 A modern map of the world can look different depending on the projection used. What is a map projection? Image: CIA World Factbook.