To find your way at sea you need to know about the physical features of waterways. These physical features include depth of water and the shape of the sea floor. This information is used to make nautical charts and manage coastal areas.

In the deep, dark world beneath the oceans, there are mountains, valleys, plateaux and volcanoes. Anyone who needs to navigate marine areas needs to know what lies below the surface of the ocean.

Hydrography is the science that deals with the measurement and description of the physical features below the surface of the sea. A hydrographic survey can be done to record these features.

A hydrographic survey may be done for:

The one piece of information common to all hydrographic surveys is water depth. Also of interest is the nature of the sea-floor (ie is it sand, mud or rock?). This is important to know for: 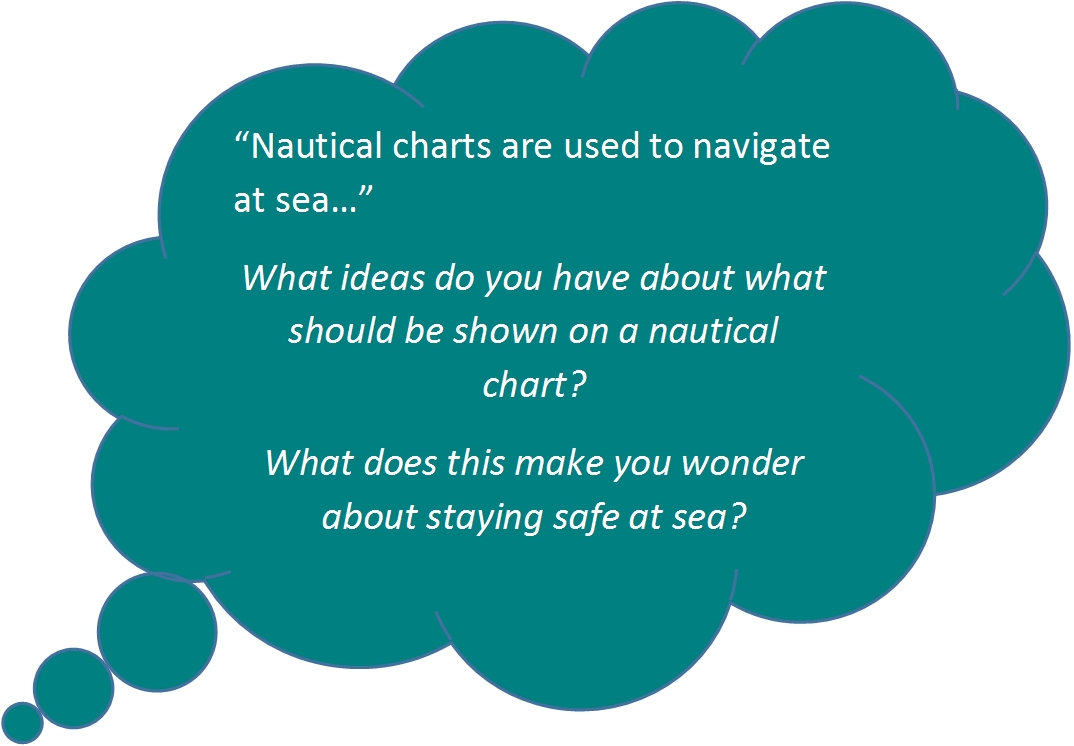 Hydrographic surveys are most often used for nautical charting to help navigate at sea.

A nautical chart is a graphic representation of a maritime area and adjacent coastal regions. Depending on the scale of the chart, it may show:

Nautical charts are based on hydrographic surveys. As surveying is difficult and time-consuming, hydrographic data for many areas of sea may be old and not always reliable.

Depths are measured in a variety of ways. Historically the sounding line was used. This involved steering the survey vessel in a straight line, taking depths at intervals as the boat got closer to the coast. Older surveys typically used a lead line to measure the depth, a line with markings every metre (or fathom).

In modern times, echo sounding is used for measuring the seabed in the open sea. Echo sounding is the technique of using sound pulses to find the depth of water. The interval from the emission of a pulse to reception of its echo is recorded, and the depth calculated from the known speed of sound waves through water.

Echo sounding has evolved from being one beam of sound measuring depths directly below the ship to a full swath of sound mapping an area either side of the ship. Older surveys had the potential to miss some obstructions in the water column as they could be in between the lines. Modern surveys using “multibeam” technology make sure that every danger is mapped out (and they make some cool pictures of the seafloor too!).

Depths which have been measured are indicated by the numbers shown on the nautical chart. Depths on charts published in most parts of the world use metres. Older charts, as well as those published by the United States government, may use feet or fathoms.

Depth contour lines show the shape of underwater relief. Coloured areas of the sea emphasise shallow water and dangerous underwater obstructions. Depths are measured from the chart datum, which is related to the local sea level. The chart datum varies according to the standard used by each country. In general, the move is towards using Lowest Astronomical Tide (LAT), the lowest tide predicted in the full tidal cycle, but in non-tidal areas and some tidal areas Mean Sea Level (MSL) is used instead.

LINZ also provides information on tides and sea levels as well as publishing official nautical charts for safe navigation in New Zealand waters and certain areas of Antarctica and the South-West Pacific.

You can see what the seafloor looks like here and you can check out this 3D dynamic view provided by LINZ.

Ready for a quiz? Try the "Modern Navigation at Sea" activity.

What do you think might cause a change in the shape of the sea floor? 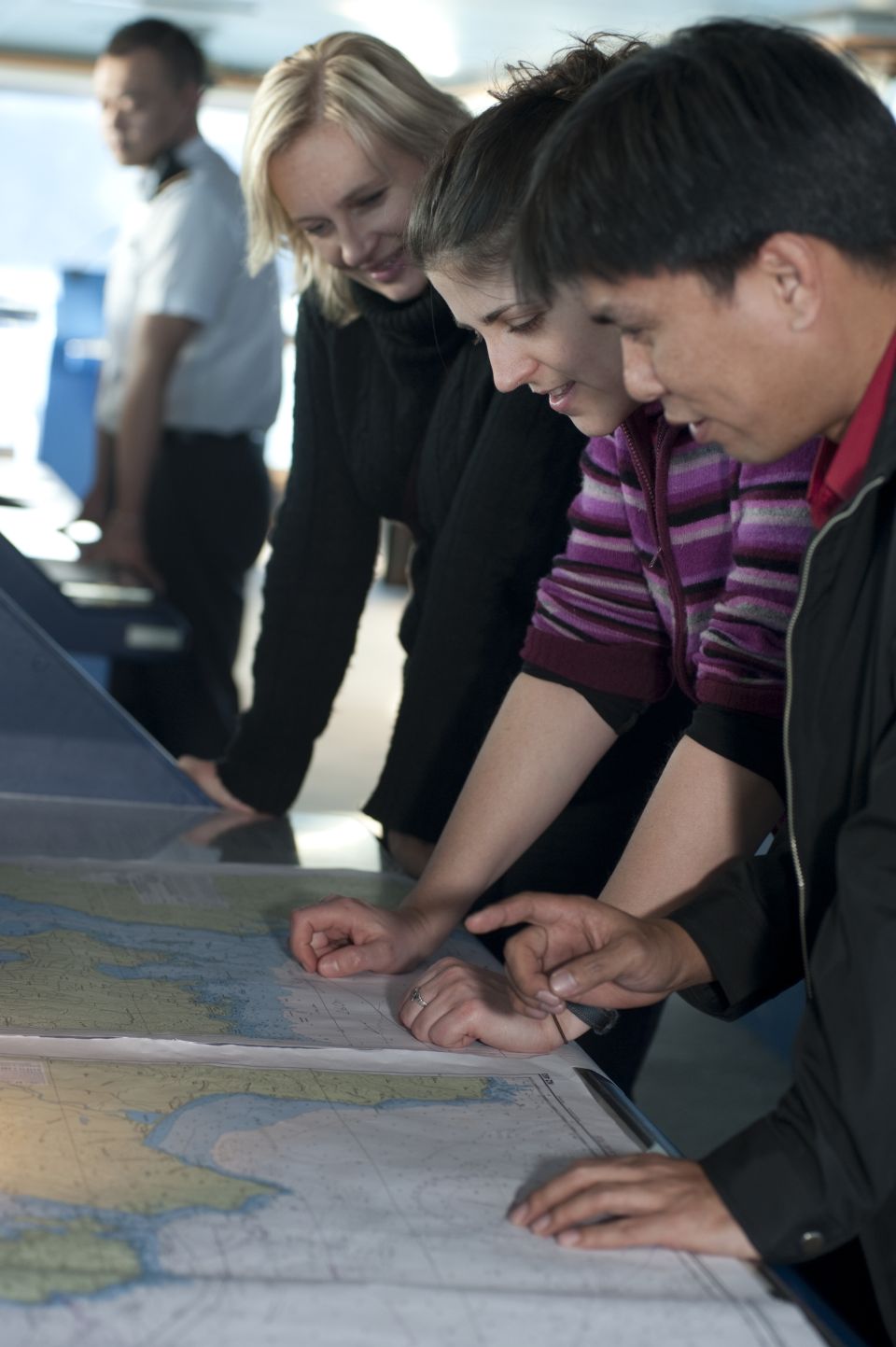 Looking at a paper nautical chart on a New Zealand vessel. Image: LINZ. 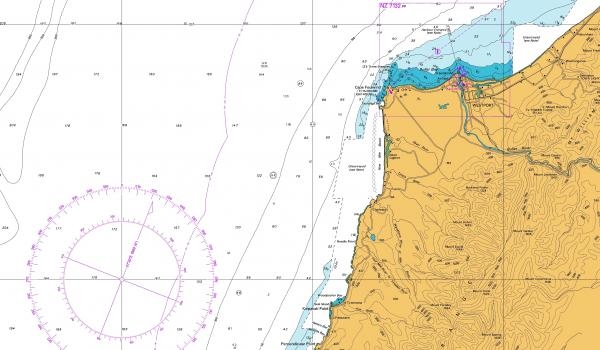 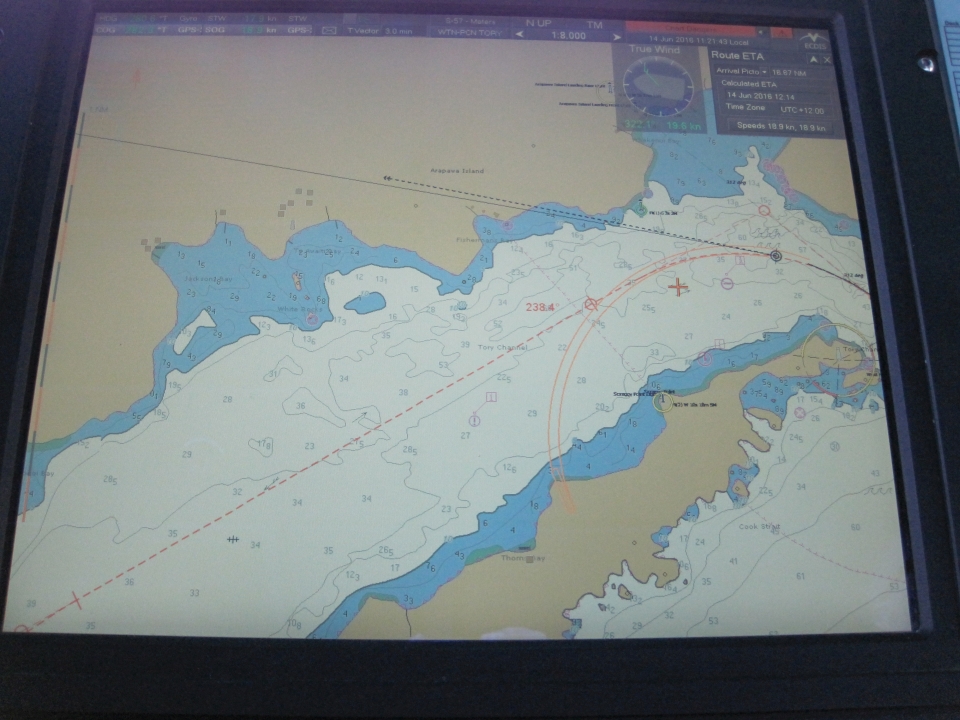 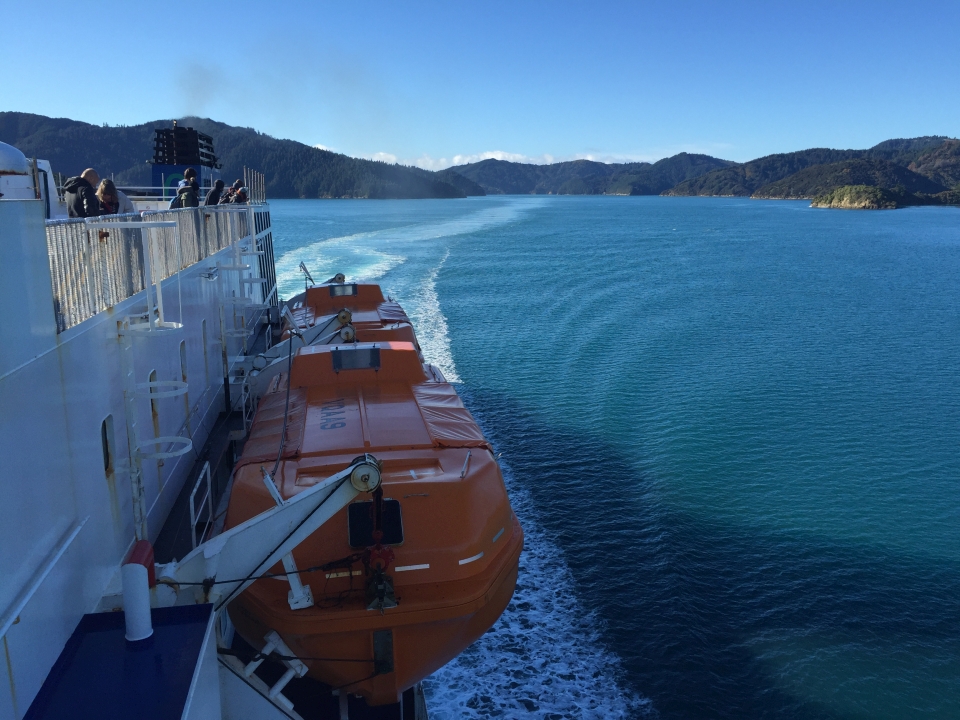 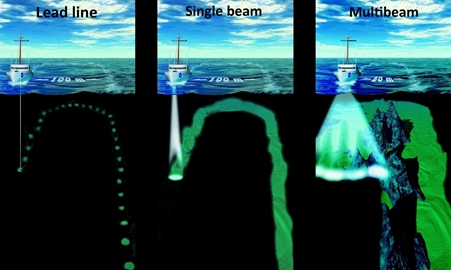 This image shows the differences in how much of the sea floor is measured by different survey methods. Which method do you think is the most accurate? Image: NOAA.