This background information is based around a food web for a rocky shore/reef habitat. There are different food webs in different habitats.

What is a marine ecosystem?

Plants and animals interact through the ways they gain energy and feed.

Phytoplankton - The main primary producers in the marine ecosystem. Phytoplankton store chemical energy from sunlight through the process of photosynthesis.

Filter feeder - A type of consumer that filters water to get tiny living things (such as plankton) to eat, e.g. barnacles.

Grazer - A type of herbivore that scrapes plant matter and other small living things from the rocks to eat, e.g. kina.

Browser - A type of herbivore that eats some producers, such as seaweeds, e.g. butterfish.

Predator - A type of carnivore or omnivore that hunts and eats other consumers, e.g. snapper.

Scavenger - A type of consumer that feeds on the dead remains of living things, e.g. mud whelk.

Decomposer - Decomposers feed on waste from living things and break down their dead remains. This returns nutrients back into the ecosystem. E.g. fungi, bacteria and some invertebrates. 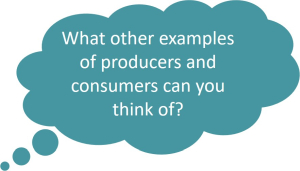 What is a food chain?

A food chain shows the flow of energy in what living things eat. A food chain always starts with a producer and then shows the consumer. The consumer is usually a herbivore that eats the producer. The carnivore then eats that herbivore, and so on until you reach the top predator. No other species will eat a top predator.

Example of a marine food chain in the subtidal zone:

What is a food web?

A food web shows the feeding relationships of living things in a habitat. Many linked food chains make up a food web. 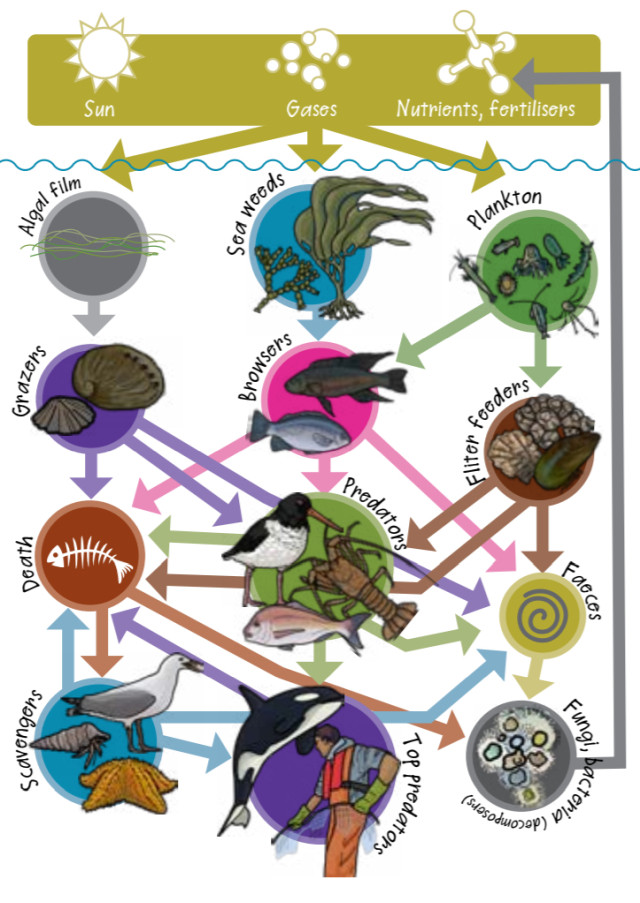 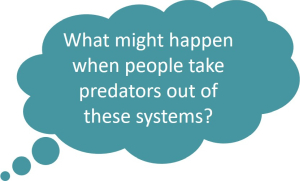 Check out Stars of a Marine Reserve and Investigating Marine Ecosystems from DOC's Protecting our Marine World education resource for activities to do before and after the field trip. 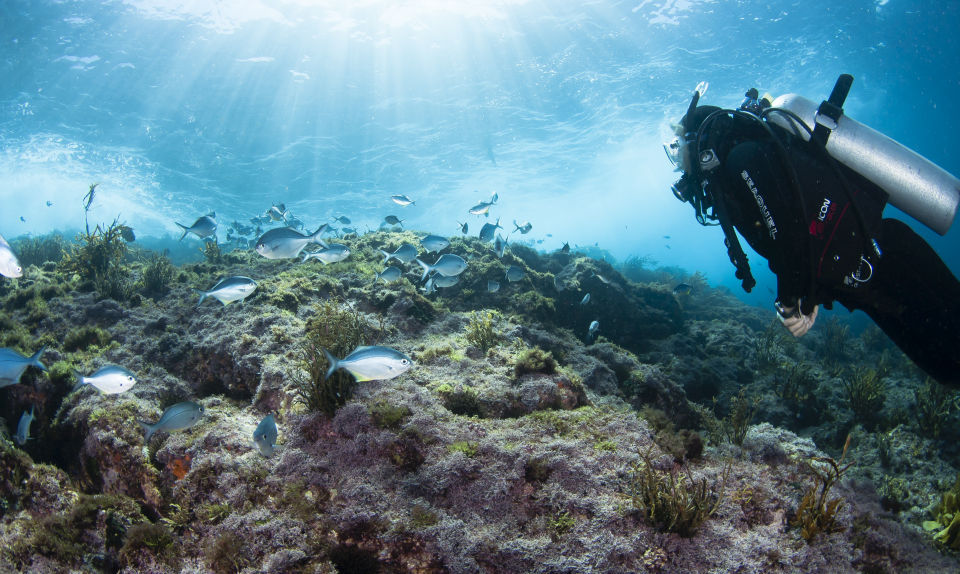 An ecosystem is a group of living things which interact with each other and the environment. Image: V Zintzen, DOC. 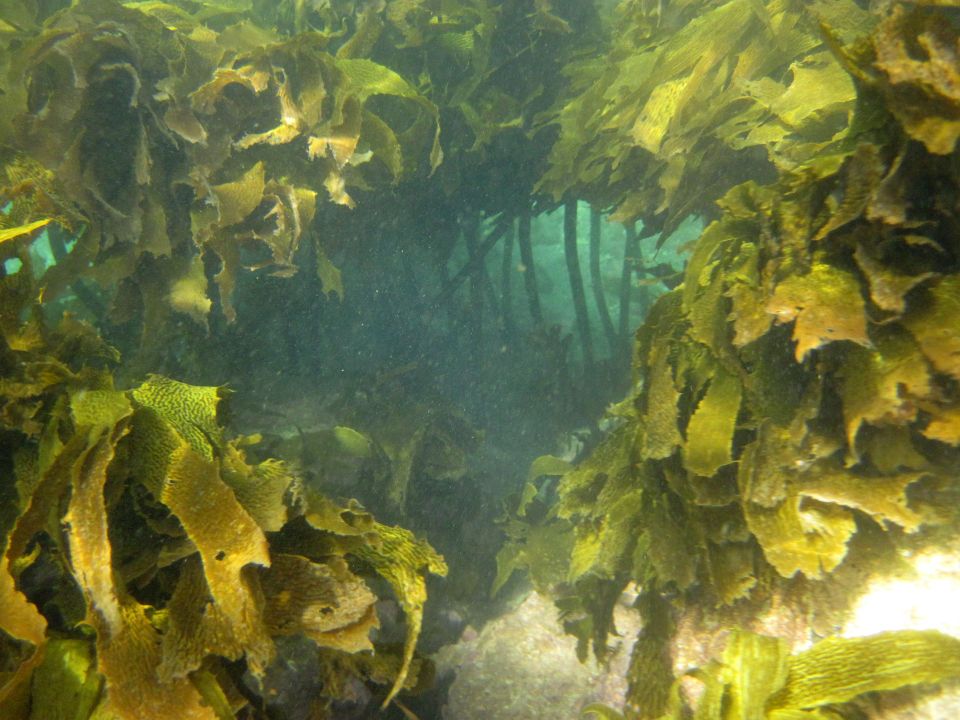 Coastal plants, seaweeds and phytoplankton produce their own food using the sun’s energy: they are producers. Image: Andrew Penny, LEARNZ. 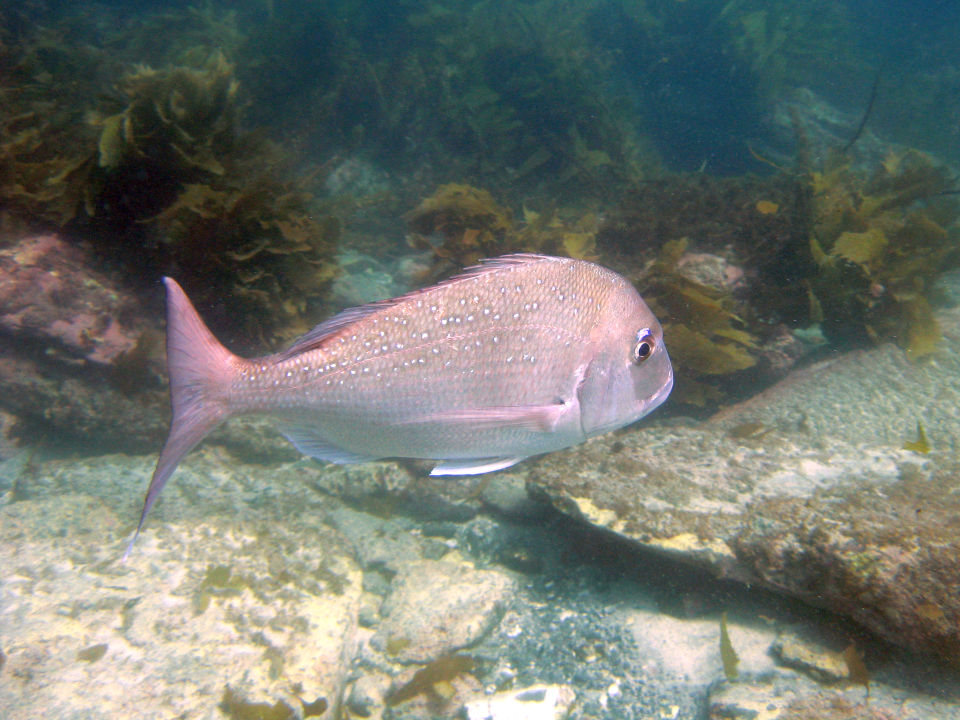 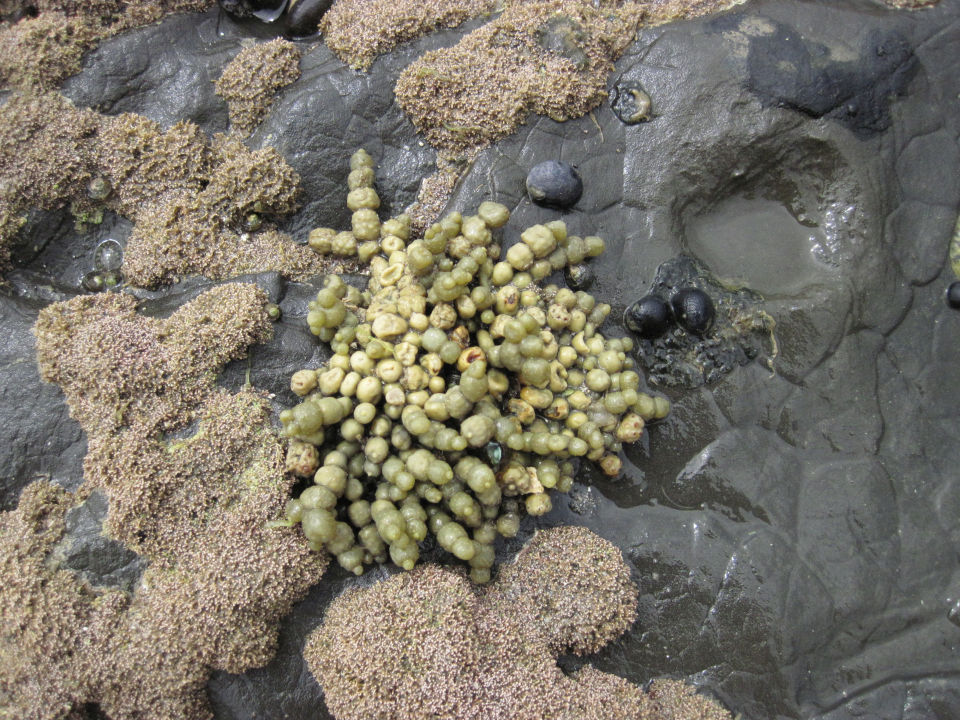 Neptune’s necklace is a type of producer. This seaweed makes its own food using a process called photosynthesis. Image: Andrew Penny, LEARNZ. 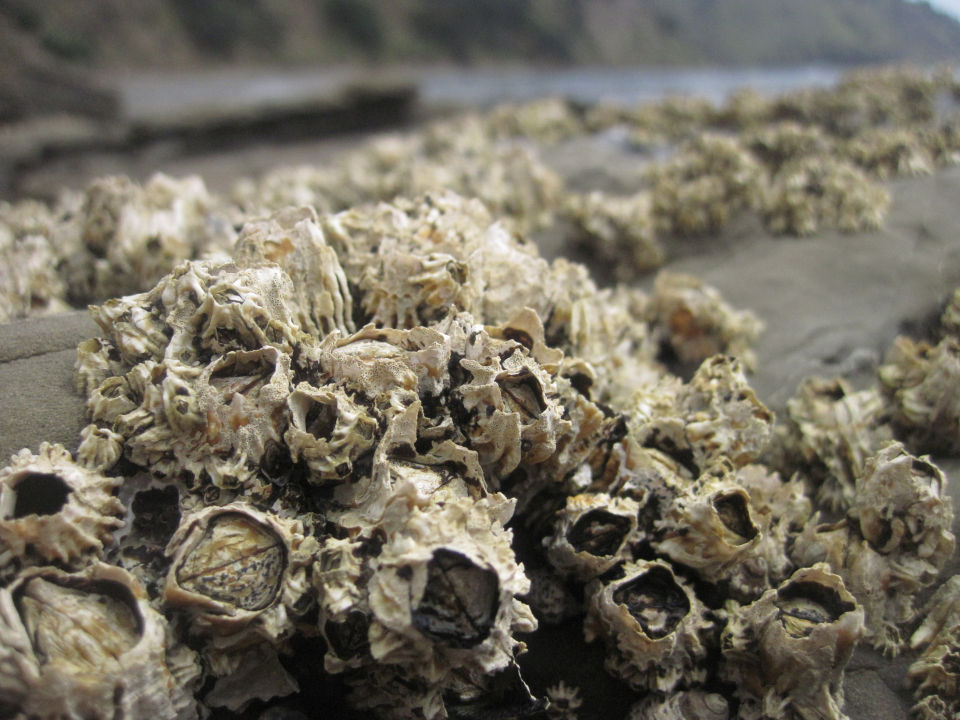 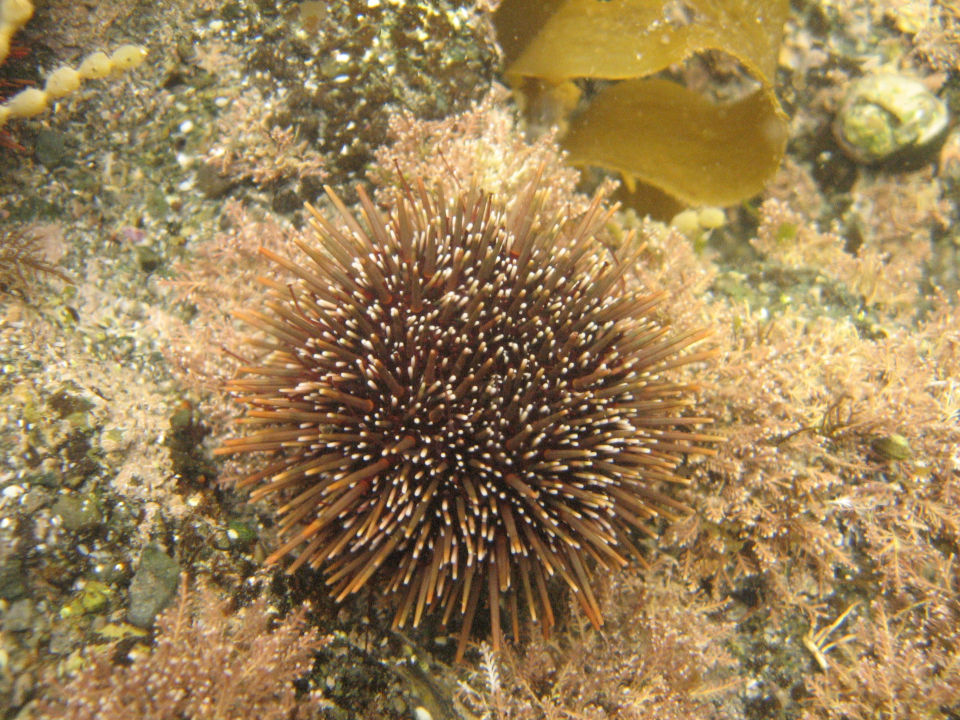 Kina are grazers. These consumers get food by scraping plant matter and other small living things from rocks. Image: Andrew Penny, LEARNZ. 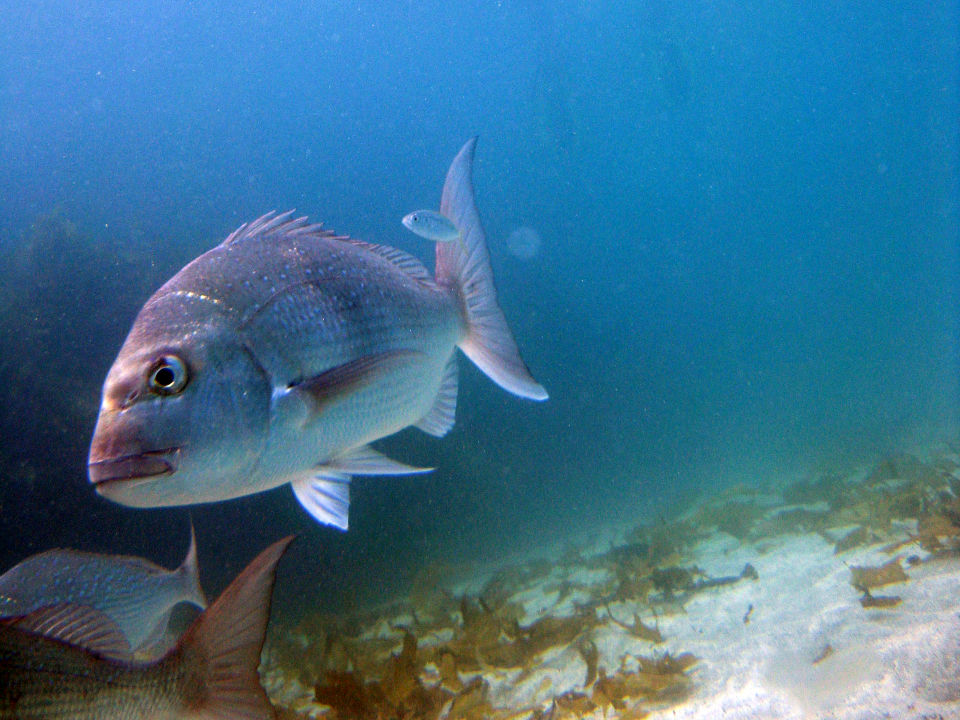 Predators, like this snapper, hunt and eats other consumers. Image: Andrew Penny, LEARNZ. 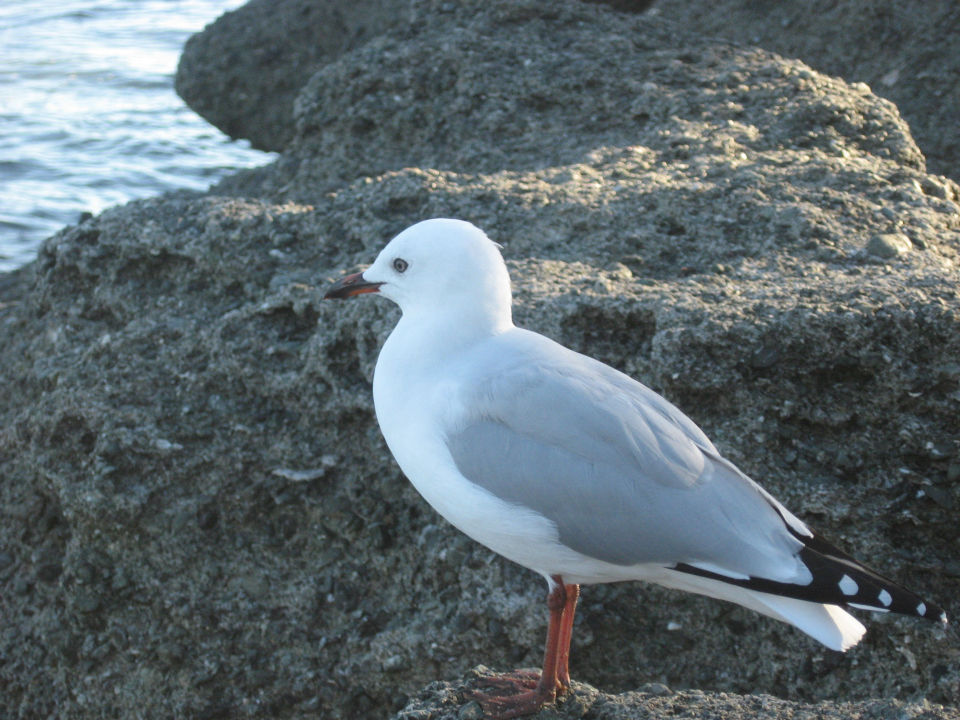 Seagulls are well-known scavengers. These types of consumers feed on the dead remains of living things. Image: Andrew Penny, LEARNZ.