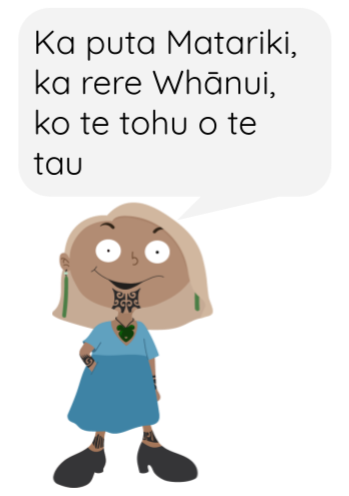 “Matariki appears as Whānui flees; this is the sign of the New Year.”
A whakatauki from the book Matariki, The star of the year, by Dr Rangi Matamua. This whakataukī is about Whānui, the star Vega in the constellation of Lyra. It is one of the brightest stars and sets in the north in the early winter morning before Matariki rises in the north-east.

Matariki in the southern sky 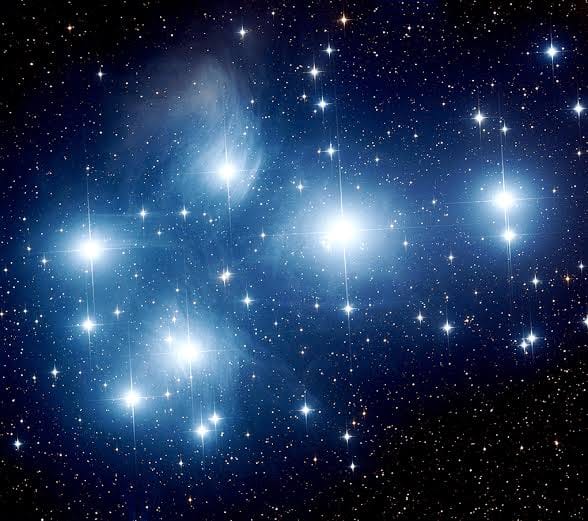 Image: Matariki, ©Living by the Stars.

Matariki can be seen all year except from around Haratua/Pipiri (May/June) when it sets with the sun. It rises again before dawn around Pipiri/Hongongoi (June/July). The reappearance of Matariki is the beginning of the Māori New Year in the cold months of takurua (winter). 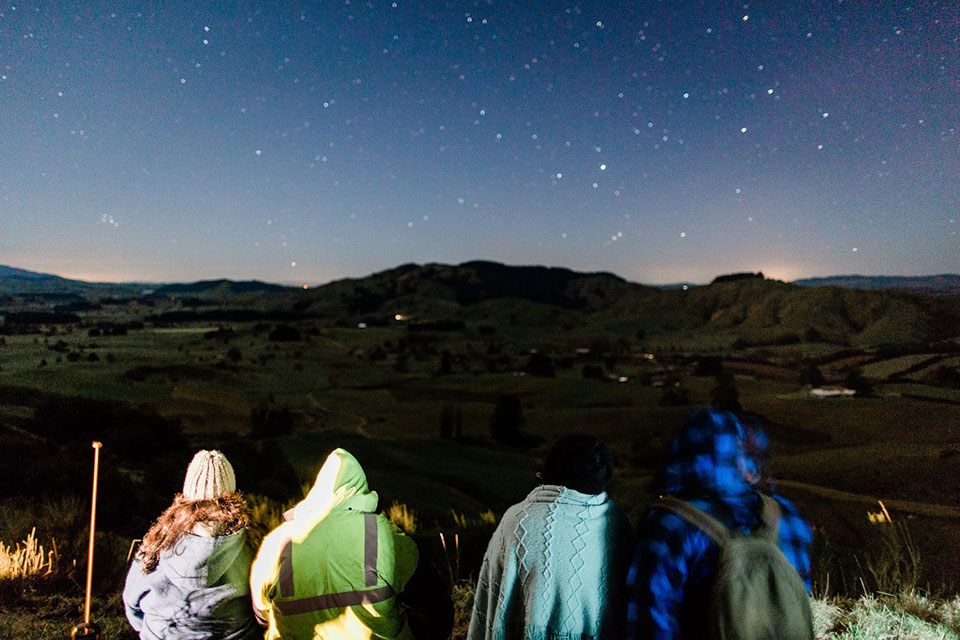 Image: Observing the rising of Matariki, ©Living by the Stars.

Māori have developed a comprehensive calendar that names and describes each night of the waxing and waning Moon. This knowledge is from observing lunar phases and environmental changes over lifetimes and generations. 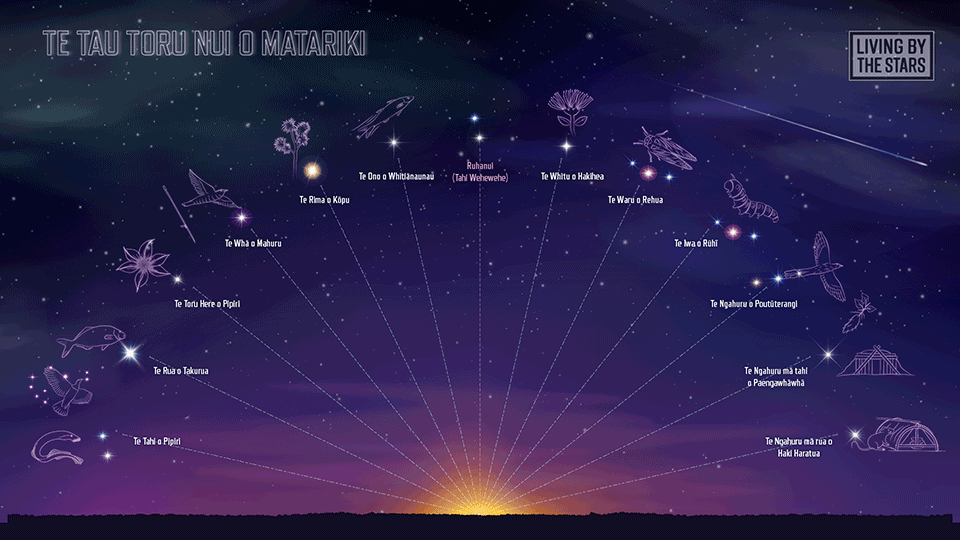 In the Gregorian calendar (European solar calendar) there are 365 days most years. An adjustment is made every fourth year by adding one day at the end of February to align with the movement of the sun. This is a leap year.

The lunar calendar is another way of measuring time through the seasons. Calculating the lunar cycle requires an understanding of rising and setting stars, Moon, planets, and Sun. 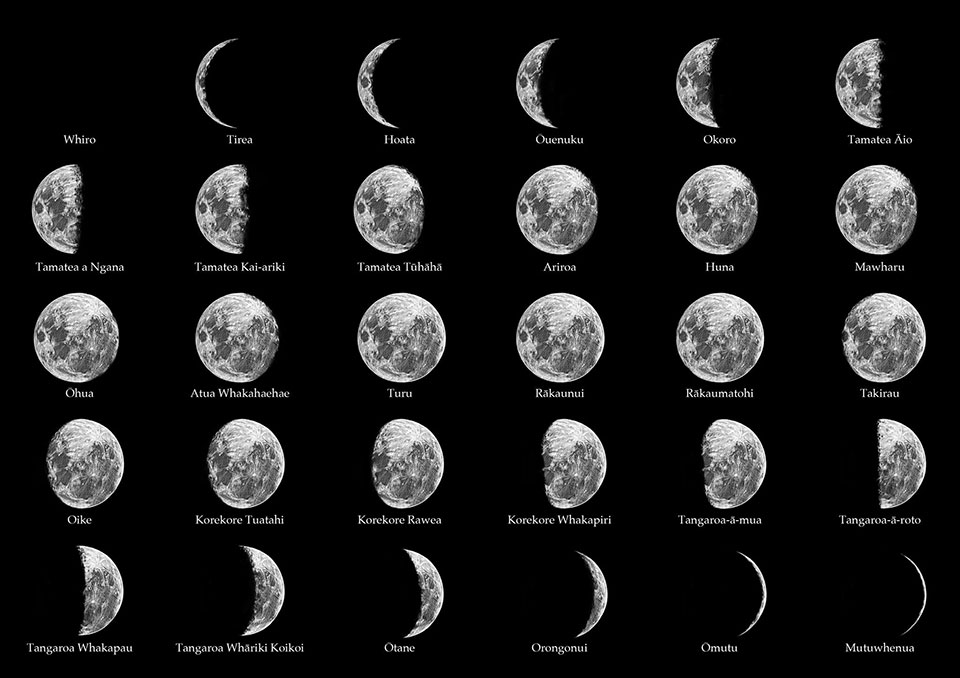 Maramataka is based on 12 lunar months of 29.5 nights each, within one solar orbit. This is during the time it takes for Earth to travel once around the Sun. Maramataka months begin with the night of the new moon. 12 months x 29.5 nights = 354 nights.

The solar calendar is based on one Earth orbit around the Sun, divided by twelve months. Each month starts at different times of the lunar phase. All solar months have 30 or 31 days, except February.
365 days / 12 months = 30.4 (average)

There is a difference of 11 days between the lunar and solar annual calendars. One night is added every so often to account for this difference . An extra month is also added every three years to synchronise the two calendars. The total number of lunar months over three years is 12 + 12 + 13= 37.

Every year, the date that Matariki is celebrated changes. This is because Matariki is observed by the cycle of the moon and this doesn’t align with the months of the Gregorian Calendar.

LEARNZ kaiārahi Jamie asks Dr Rangi Matamua why the dates for Matariki are different every year: 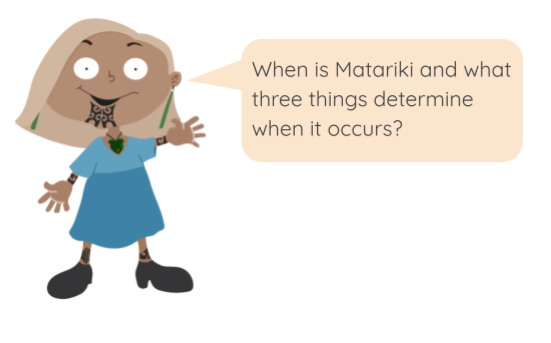 Next »
The constellation of Matariki