Ko whea a Matariki?–Where is Matariki?

To locate Matariki, look north-east toward the horizon, before sunrise. Go high if you live near ridges or buildings. Look for stars, clusters and constellations you recognise. 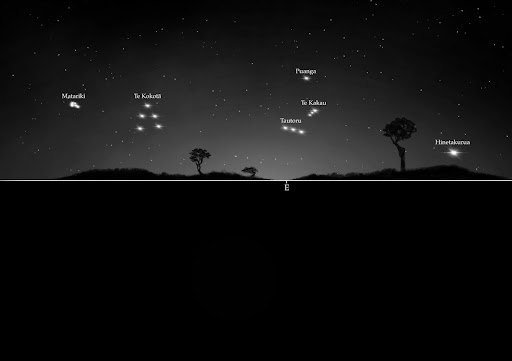 Image: Matariki_location, ©Living by the Stars

Matariki is an important navigation feature of the night sky. It forms the prow of Te Waka o Rangi (the sky canoe). The waka extends along the horizon, toward Tautoru (the three stars of the Pot) to the bright star Takurua (Sirius).

Some stars, constellations, and planets have different names given by different iwi. For example, the Southern Cross is Te Pae Māhutonga, or Te Punga (the anchor) amongst other names. Some of the names depend on how the stars look in the sky from different tūrangawaewae, as well as local seasonal activity. 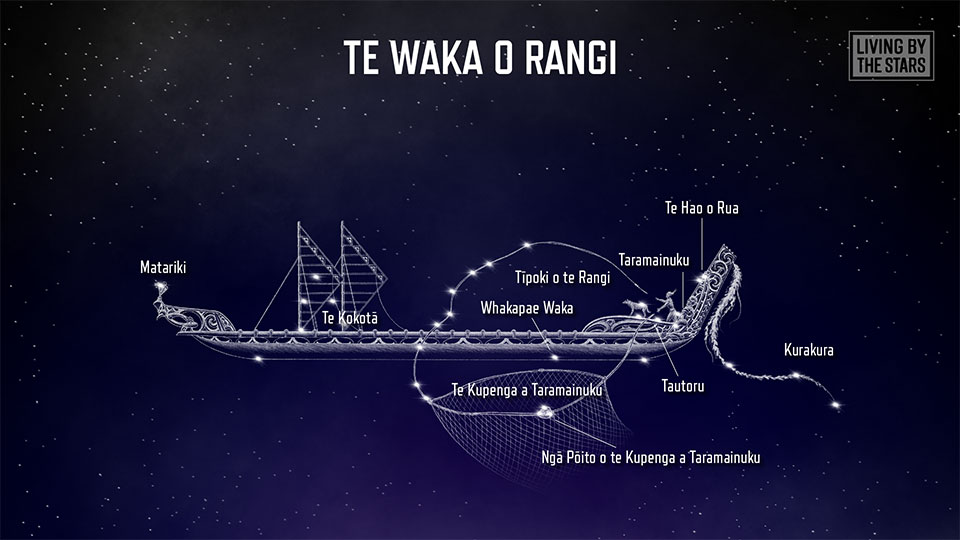 Another important star indicating the beginning of the Māori New Year is Puanga (Rigel) which appears above Tautoru. This star rises at the same time as Matariki. Matariki has many names from many cultures. It is often called Pleiades from Greek culture, which tells the story of seven sisters who became stars. Here are a some names for Matariki from the Pacific: 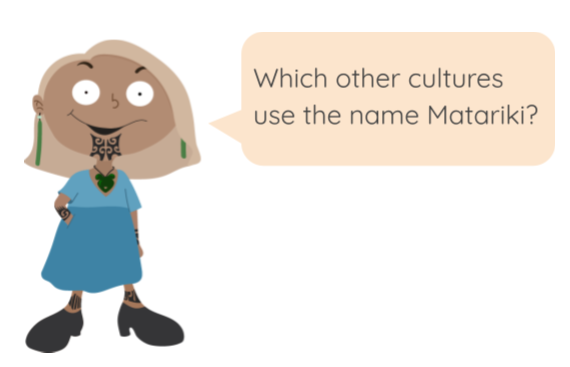 « Previous
Matariki brings us together