Aquaculture is the farming of aquatic animals and plants and is important to our economy.

Aquaculture is the farming of fish and other animals and plants that live in water. It can take place in the sea, in lakes, rivers, and in special pools on land. New Zealand aquaculture is a multi-million dollar industry.

The main species farmed in New Zealand for export are mussels, salmon and oysters.

The future of aquaculture

More animals are being trialled for farming, including pāua and sea horses, which are used in Asian medicine.

The main threat to aquaculture is from growths of harmful algae, known as toxic blooms. Coastal waters are regularly tested.

Two toxic bloom disasters have hit the industry so far. In 1989, a bloom of poisonous plankton affected salmon farms in Stewart Island. Another widespread bloom grew in the summer of 1992–93, and people became sick from eating infected shellfish. The government closed all harvesting from mussel farms for several months, and growers banned moving young mussels from Northland beaches.

Following this, coastal waters and shellfish were monitored. The Ministry for Primary Industries manages this monitoring and ensures that water and shellfish samples are tested weekly.

In the mid-1980s there were plenty of fresh green-lipped mussels and they were cheap in New Zealand supermarkets. The industry then looked at exporting mussels. 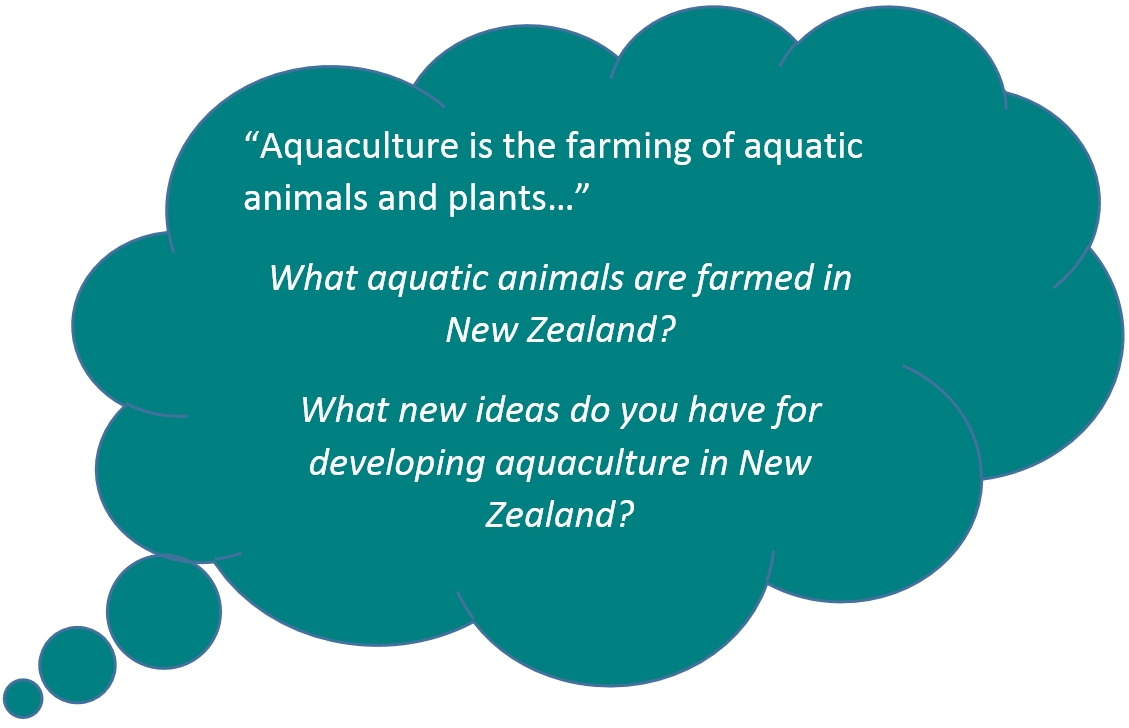 The main mussel farming areas are in the Coromandel and Marlborough Sounds. Stockings full of baby mussels (spat) are tied to rows of ropes, floating under buoys. The young mussels grow through the stockings and anchor themselves to the ropes.

Once mussels are harvested the ropes are re-seeded with wild baby mussels which are mostly found and collected from seaweed on Northland beaches.

Today SPATNZ (which stands for shellfish production and technology New Zealand limited) runs a programme funded by the government (MPI) and Sanford.

During this field trip you will visit SPATNZ and see how they are breeding mussels. 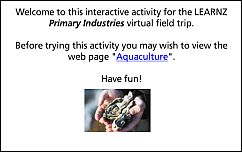 Do you eat seafood? If so can you find out where it comes from? 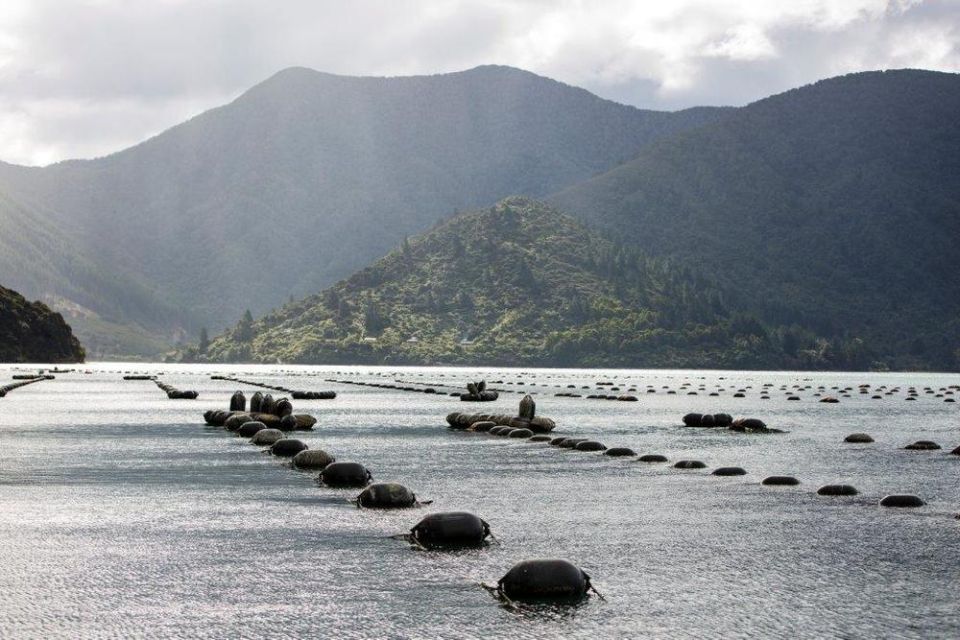 Aquaculture is a multi-million dollar industry in New Zealand. This is a mussel farm in the Marlborough Sounds. Image: SPATNZ. 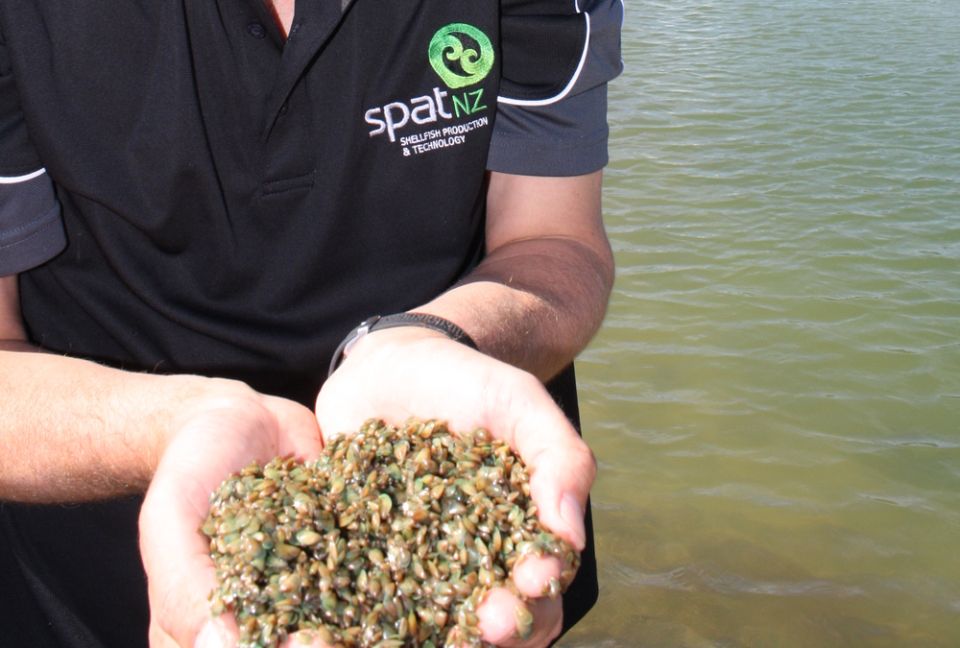 Baby mussels are known as mussel spat and must be collected from the wild to grow mussels in mussel farms. Image: SPATNZ. 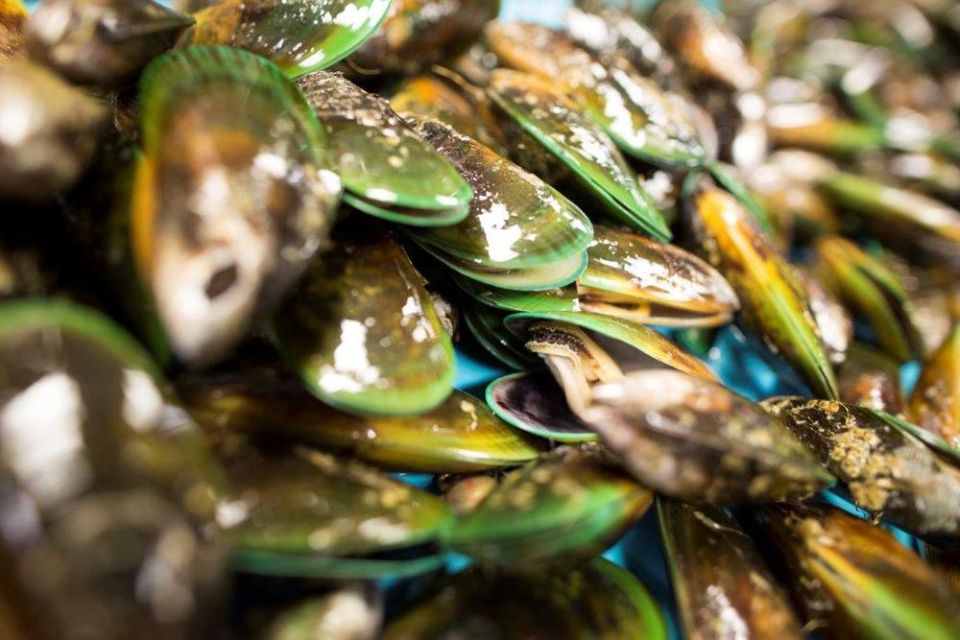 Green lipped mussels are only found in New Zealand and are exported under the trade name Greenshell™ mussels. Image: SPATNZ. 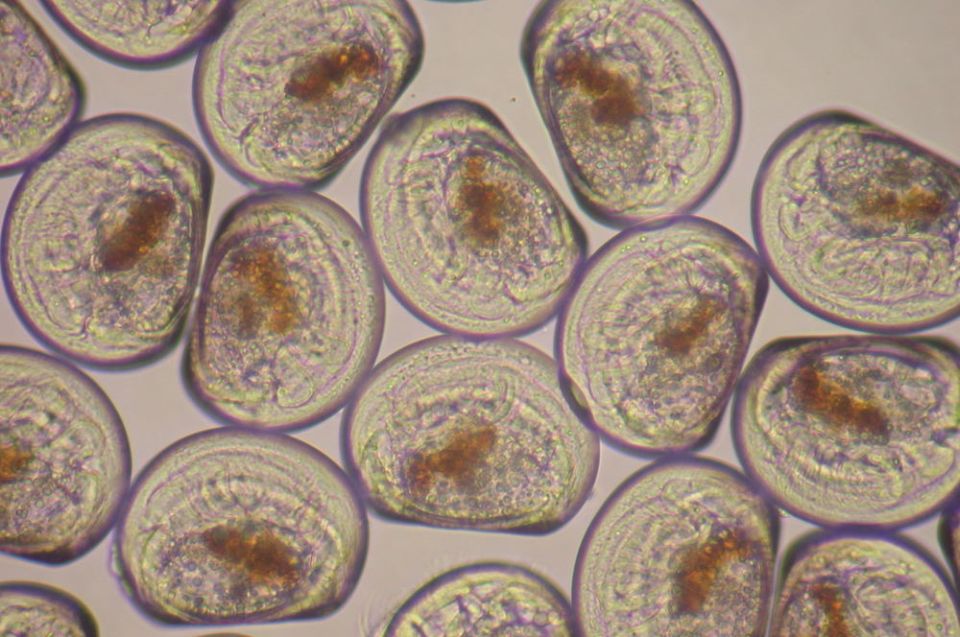 This is what mussel larvae look like in their swimming stage when viewed under a microscope. Image: SPATNZ. 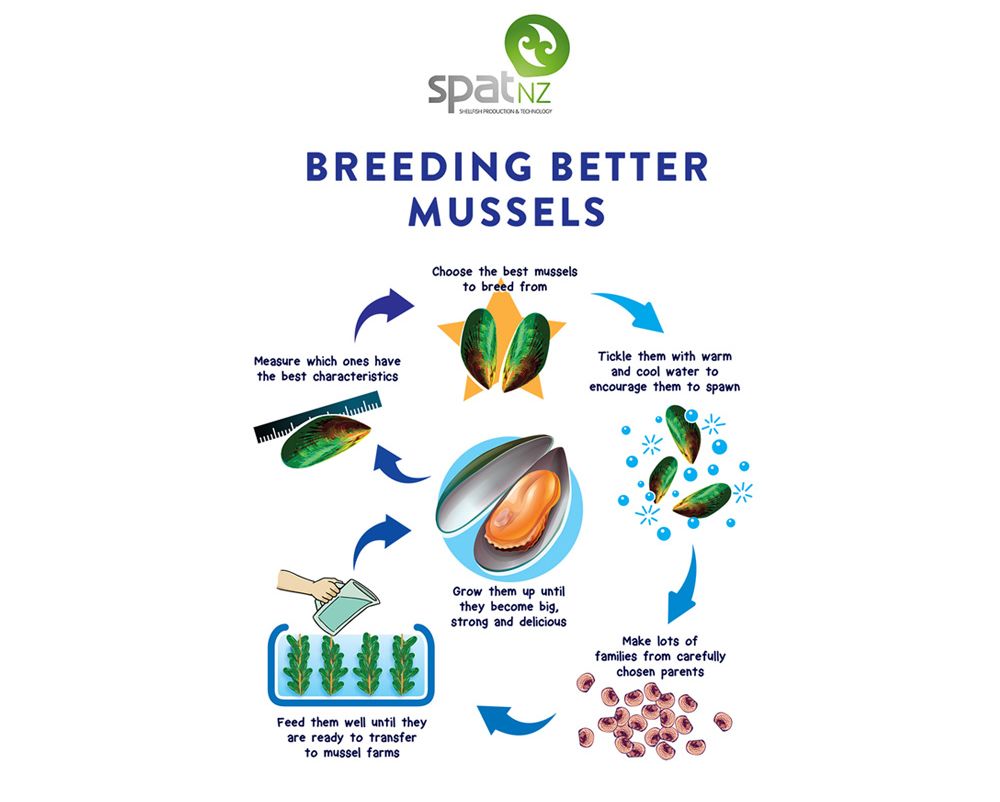