Rail has been in Aotearoa for over 150 years. It is an important part of our transport system. The railway runs the length of the country, from north of Whangārei as far as Te Kārehu-a-Tamatea Bluff in the south. 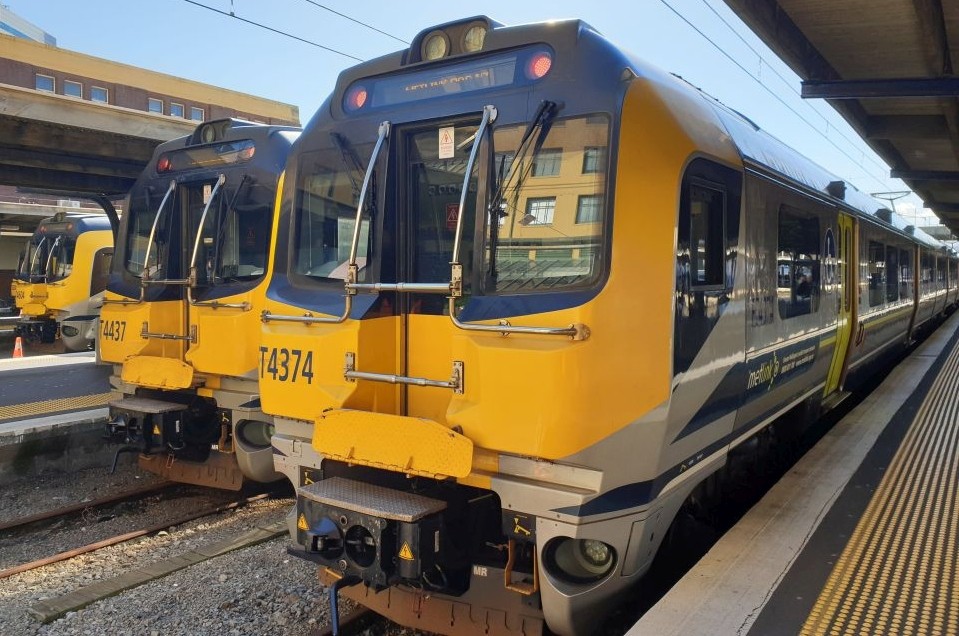 A tough terrain to build rail

Most of New Zealand’s early European settlements were on the coast. The landscape made inland travel difficult, so most people used sea and river transport, or walked.

Construction on Aotearoa New Zealand’s first railway lines began in the South Island in the 1860s. Engineers designed a rail network that could operate in New Zealand’s uncompromising terrain, building infrastructure such as bridges, viaducts, and tunnels to carry the steel tracks that ran across, around, over, and through swamps, mountains, forests, and rivers.

The government wanted railways to: 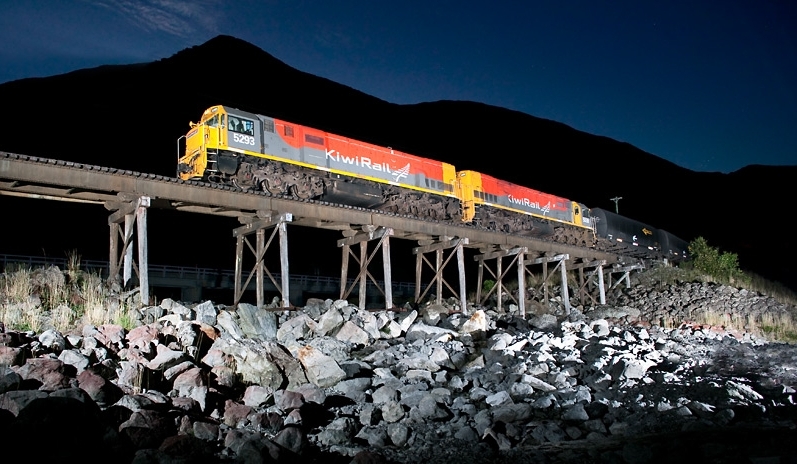 The not-so-straight and narrow

To make it quicker and cheaper to build rail lines the government chose to build narrow tracks. These narrow tracks, combined with steep slopes, tight curves, and narrow tunnels, has made it difficult to build more railway lines.

The spacing of the rails on a railway track is known as “track gauge”. Most countries of the world have a “standard gauge” of 1,435mm. New Zealand’s track gauge is only 1,067mm, so is quite narrow in comparison.

It took 23 years to build the North Island main trunk line. It was finished in 1908 and enabled people to travel between Tāmakai Makaurau Auckland and Pōneke Wellington - a trip that took 18 hours. 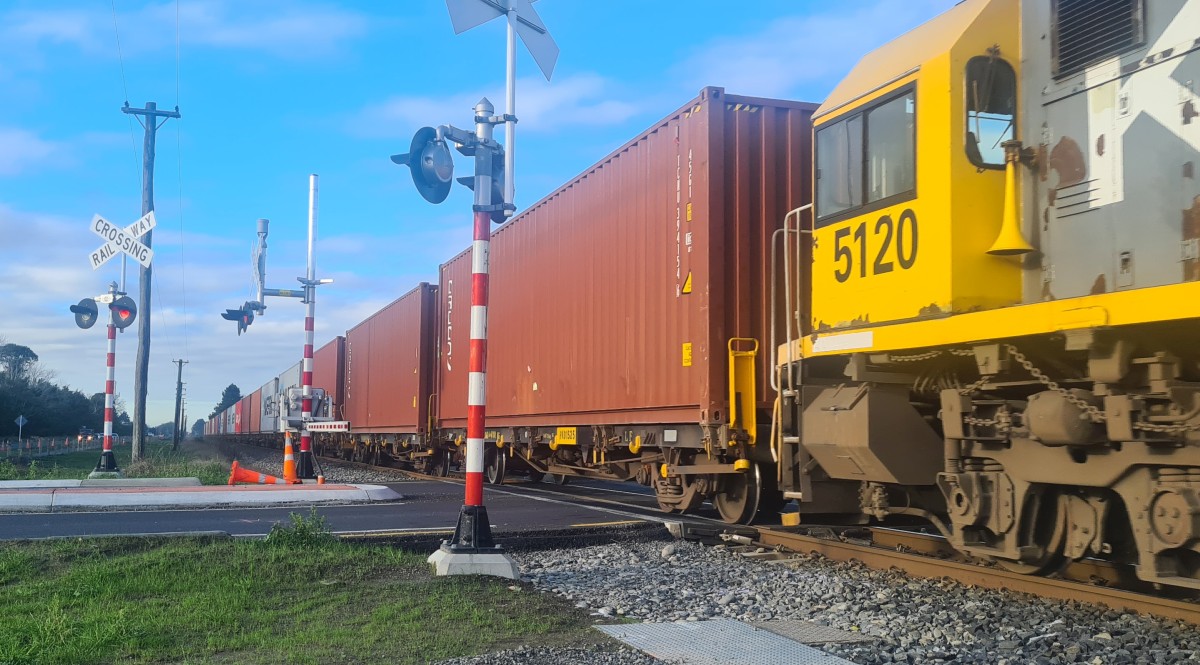 Rail travel used to be immensely popular. Trains took children to school, people to work, and day-trippers to beaches, parks, and racecourses. Later, private cars became common, and air travel got cheaper. Fewer people used trains. Many services were cut back, and some lines closed.

Today there are metropolitan rail systems in Tāmaki Makaurau Auckland and Pōneke Wellington. Both are being upgraded and expanded. New Zealand’s largest transport infrastructure project, the city rail link, is currently being constructed in Auckland. It is a 3.45km twin-tunnel underground rail link up to 42 metres below the Auckland city centre.

There are several passenger services for tourists and recreation, including the scenic “great journeys of New Zealand”.

By the early 1950s, there were more than 1,350 railway stations in Aotearoa New Zealand. Stations were busy places with people and goods on the move. Big cities built large stations. But from the 1950s many lines and stations closed. In 1993 a private buyer bought the railway system. Then in the 2000s the government bought the railways back. The company which now runs our rail network is called KiwiRail. 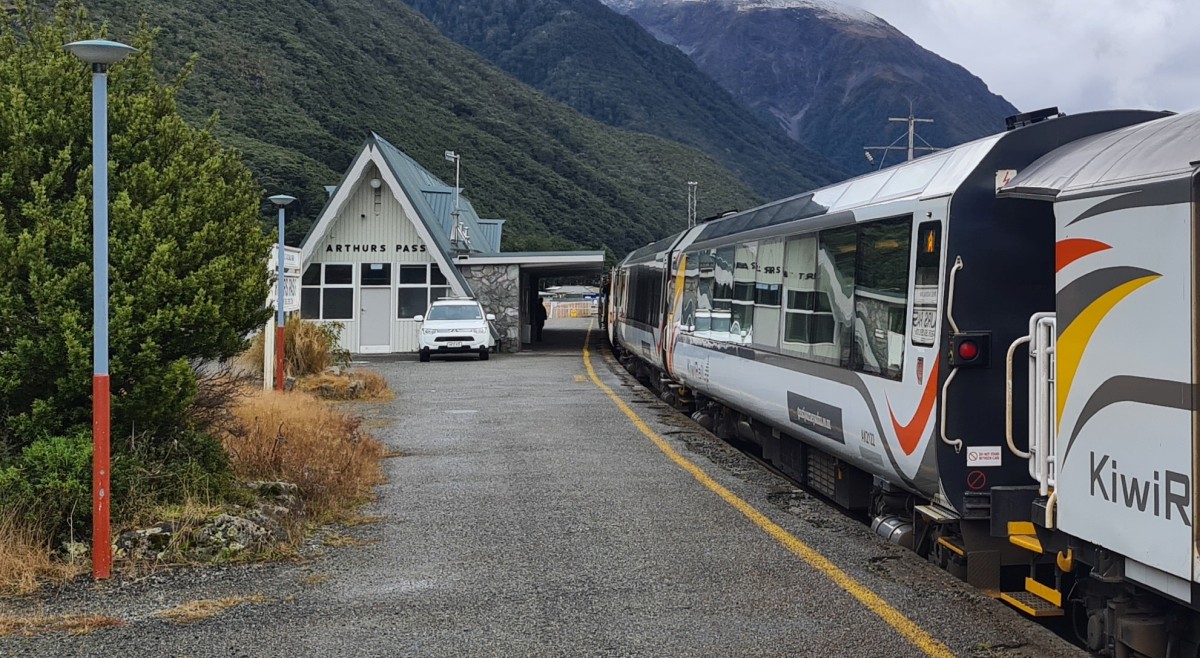 Concerns about green-house gas emissions and growing congestion on our roads has led to a revival of rail. There are many advantages of using rail to move freight, tourists, urban passengers within major cities and regional commuters to work in the city. The government continues to invest in New Zealand’s rail network. 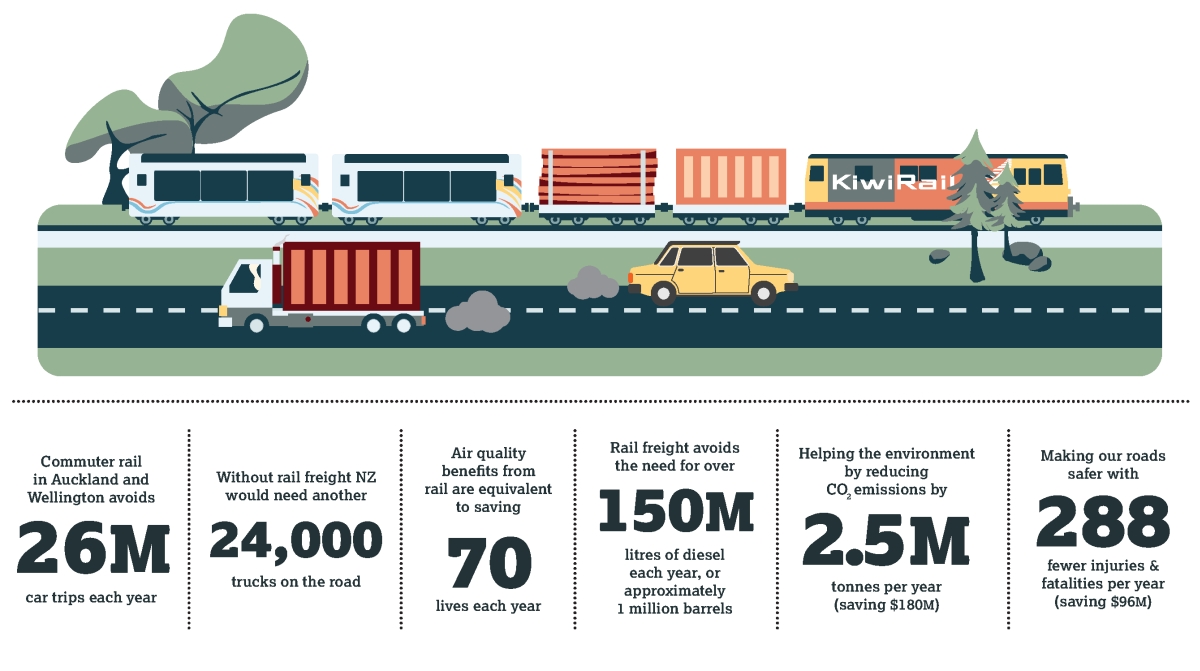 Check out the future journeys field trip to find out more about Auckland’s city rail link.