Content for digital story maps can come from local history, stories, and other things like important landmarks. Making digital maps can help you to learn about and feel closer to important people and places. This page gives some background to the people we will meet and places we will go on the field trip.

The tribes of Taranaki come from three main ancestral canoes: Tokomaru, Kurahaupō and Aotea. These three waka were part of a fleet of seven canoes that came to Aotearoa over 1000 years ago.

A group known as Te Kāhui Maunga lived in Taranaki before these great waka came. The new arrivals intermarried with these first people. Their ancestors still live in the traditional area - known as Parininihi in the north to Taipake in the south.

A important landmark is Taranaki maunga. Taranaki was once covered in native plants and was home to many native and endemic birds and insects. Te Kāhui Maunga once lived in the mountains. They built villages, pā, and grew food such as kumara and mamaku (black tree fern).

Taranaki maunga once lived with the mountains Tongariro, Ruapehu, Ngauruhoe, Tauhara, Putauaki, and Pihanga in the middle of Te Ika a Māui. Taranaki fell in love with the beautiful Pihanga. But other maunga wanted her too. A fight over Pihanga tore apart the community. Tongariro became the victor and Taranaki had to leave his home.

With great sadness Taranaki travelled west. During the journey he was led by the stone Te Toka a Rauhoto. Rauhoto and Taranaki followed the Manganuiteao awa to the Whanganui awa. They then headed to the west coast and rested at Ngaere swamp. Their migration ended when Taranaki settled next to the two maunga named Pouakai and Patuha. These maunga welcomed Taranaki and he has stood there ever since.

Pukeonaki and Pukehaupapa are earlier names for Taranaki. The whakataukī ‘Te Ahi a Tahurangi’ - 'The fire of Tahurangi’ commemorates the tupuna Tahurangi, claiming the mountain for Taranaki iwi by lighting a ceremonial fire on the summit.

Te Toka a Rauhoto sat for many years next to Otaunui (on Komene Road). It was respected as the guidestone of Taranaki maunga. A well known kaitiaki of the stone from Ngā Mahanga was Minarapa Kahukura Makuru. 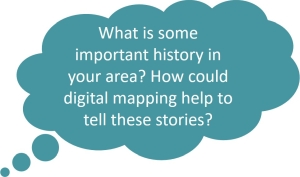 The field trip hopes to connect tamariki to the maunga and to empower all whānau to take action for the environment. 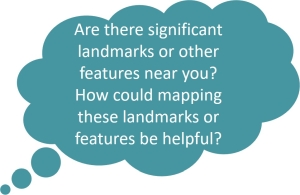 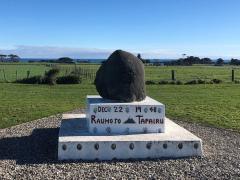 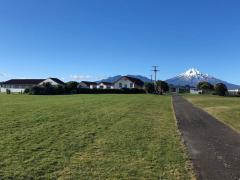