The National War Memorial Park and Underpass has continued to take shape since the first field trip in November 2013.

Overview of the first field trip

Progress on the underpass since the first field trip

The Home of Compassion Crèche

The historic Home of Compassion Crèche on the corner of Buckle St will be restored and relocated up a level from its present site. It will become a feature of the National War Memorial Park.

The crèche is being strengthened for the move. Several heritage items like the veranda and internal matai flooring have been removed and stored for putting back later.

The move will be done in three phases using hydraulic pullers and lifters.  The first phase will see the crèche moving on rails to the back of the site, and is scheduled for mid-May 2014.

After the final move to its permanent location, the Memorial Park Alliance will restore the crèche’s exterior. The crèche will be strengthened to earthquake standard, including isolating the base from the rest of the structure (base isolation). 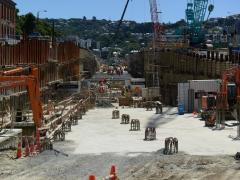 You can see the tops of the piles that help to anchor the underpass floor in place. Image: NZTA. 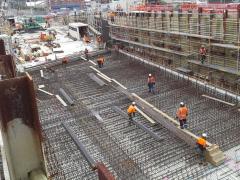 Steel reinforcement is put in place before pouring concrete on the underpass floor. Image: NZTA. 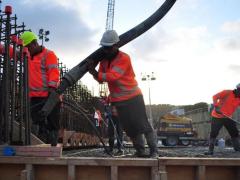 Thousands of tonnes of concrete is being used for the underpass. Image: NZTA. 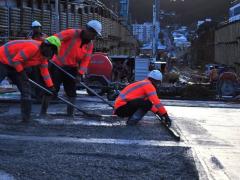 The concrete needs a smooth finish before the asphalt road surface is put down. Image: NZTA. 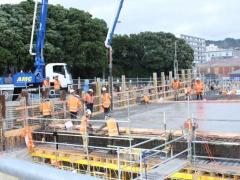 Pouring of the concrete roof spans has started. Image: NZTA. 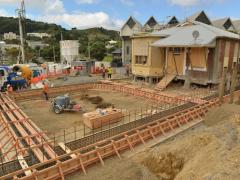 The historic Home of Compassion Crèche on the corner of Buckle St will be restored and relocated. Image: NZTA.