After a busy few days here in Antarctica you were happy to spend the day at Scott Base. You woke to cloudy conditions and a chilly -15 degrees Celsius. It was amazing how much colder it felt when the sun wasn’t out. At breakfast time you were able to catch up with some of the other science groups who have arrived at Scott Base and hear about the work they have been doing. You can visit the Antarctica New Zealand website to find out about this season’s science projects.

We spoke with Te Kowhai School and Geraldine Primary School during this morning’s audioconference. Te Kowhai students were talking to us from Kelly Tarlton’s Sea Life Aquarium where they had stayed overnight. We also spoke with St Margaret’s College in the afternoon and learnt a lot about climate change both here in Antarctica and globally. Listen to these audioconferences to find out more.

Down in the wet lab

Kate had promised to show you some of the work she has been doing in the Scott Base wet lab. This laboratory is set up so that sea water piped in from McMurdo Sound can be used in experiments. Kate has been working with Antarctic cushion stars and sea urchins which the divers have collected for her. Kate is interested in how these animals will cope with changes in temperature and ocean acidity due to climate change. She has been measuring the respiration or breathing rate of these animals when they are put in warmer sea water. Kate has found that when these animals are stressed they breathe faster just like when your pet dog might start panting when stuck in a hot car for too long. Kate has set up tanks with different water temperatures to see how the sea stars will react.

Kate explained that to understand the effects of warmer oceans on these particular sea stars she needs to test as many sea stars as she can from different places. By studying many sea stars from many sites Kate will get better results. This is because the larger the sample the more reliable the results are; just like if you wanted to know what proportion of students at your school like marmite you wouldn’t just ask a few friends.

You watched the cushion stars in the tanks as they ate a dead sea urchin. Sea stars are scavengers and help to clean up the sea floor by eating anything that is dead or dying. This means that Antarctic cushion stars are an important part of the marine food web and help to recycle nutrients in the system. The sea urchins are herbivores and filter the water for food. They often hide from predators by sticking sea weed and shells on themselves for camouflage. It was interesting watching these creatures in the tanks and amazing to think that these cushion stars can live for well over 80 years. They move and grow very slowly which helps them to survive the cold.

Kate also showed you how she had set up a control where sea stars stayed in sea water which is the same temperature as the sea water where they were found. By having this control Kate can compare the reaction of sea stars in warmer water with the control and know that their response is due to a change in water temperature not because the sea stars are now living in tanks in a lab. All experiments need to have a control. You might be able to recall experiments that you have done at school where you have used a control.

To know how Antarctic sea stars are going to react to warmer oceans you need to study them for more than just a few days so Kate is going to send 100 sea stars back to New Zealand. You helped Kate carefully pack the sea stars for their flight. You had to make sure the sea stars had enough water and would stay at the right temperature during their trip to Dunedin where Kate works. The sea stars were placed in bags in a chilly-bin with snow packed around them. Kate had to have special permits to take sea stars home and these were checked before the sea stars were carefully shifted onto the C17 aircraft that arrived earlier today. You can watch the videos to find out more.

After spending the day with Kate in her lab you made the most of the clearer weather and endless daylight and headed up to Observation Hill for a walk after dinner. The views were spectacular. You could see the American McMurdo Station on one side of the peninsula and Scott Base on the other – check this out in the panoramas.

Tomorrow we are heading out in the field to do some fishing and diving. 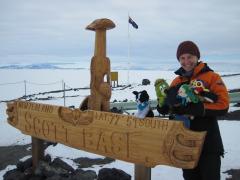 Shelley and the ambassadors enjoy a day around Scott Base. How far is Scott Base from the South Pole. Image: LEARNZ. 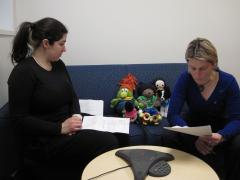 Kate and Shelley talk to Te Kowhai School and Geraldine Primary School during this morning's audioconference. 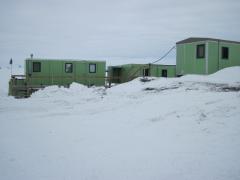 These are some of the labs at Scott Base. The wet lab where Kate has been working is on the left. Image: LEARNZ. 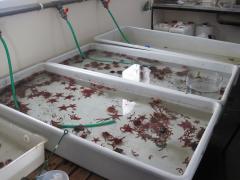 The dive team has collected Antarctic sea stars and sea urchins for Kate's experiments. What is Kate trying to find out? Image: LEARNZ. 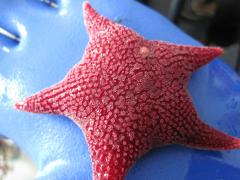 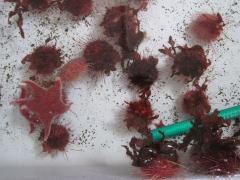 Sea stars and sea urchins in the tank don't always get along. Sea stars will eat any sick or dead sea urchins. Can you see the sea stars eating the urchin? 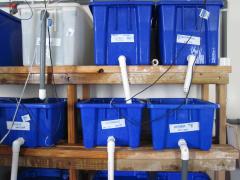 Kate has set up tanks with different sea water temperatures to see how sea stars and urchins will react. She has also set up a 'control' tank; what is a control? Image: LEARNZ. 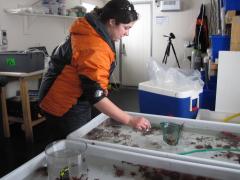 Kate collects sea stars to send back to New Zealand. Why does Kate need to take sea stars back home? Image: LEARNZ. 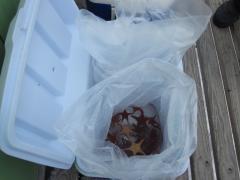 Sea stars are carefully packed in water and plastic bags inside a chilly bin ready for the flight back to New Zealand. Image: LEARNZ. 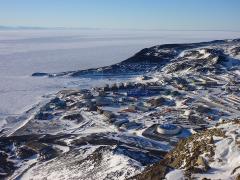 Walking up Observation Hill behind Scott Base was a great way to finish the day. You could clearly see McMurdo Station from the top.