People have been using the power of the wind to sail for thousands of years.

Sailing uses the wind acting on sails, wingsails or kites to push a craft forwards.

Throughout history sailing has helped people to find new land and trade with other groups of people.

There are two main periods of voyaging:

Ancient voyaging: from 50,000 to 25,000 BC people from Asia sailed simple rafts from island to island, reaching Near Oceania (Australia, New Guinea and the Solomon Islands). They traded in stone, hunted animals and gathered seafood and local plants.

Recent voyaging: from 1200 BC people sailed canoes further east, into Remote Oceania (Melanesia, Micronesia and Polynesia). The islands were much further apart and harder to find. Trading trips allowed people who had migrated to keep in contact with their homelands.

Experts believe that the Lapita people are the ancestors of people from Polynesia, Micronesia, and some coastal areas of Melanesia. The Lapita were the first to reach Remote Oceania. Between 1200 and 1000 BC they spread to West Polynesia (including Tonga and Samoa) on single-hulled outrigger canoes.

About 3,000 years ago Polynesian culture developed in West Polynesia. Skilled navigators in double-hulled waka slowly found remote islands to the east, using their knowledge of the stars and the winds to return home safely. Groups would then set off to start new settlements.

New Zealand was the last land to be settled. Around 1300 AD Polynesian settlers found their way here. These people were the ancestors of Māori. The first migrants came from a region in East Polynesia which Māori later called Hawaiki. At about the same time, they reached the smaller northern islands of Norfolk and the Kermadecs. 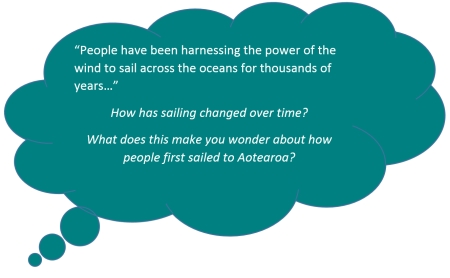 Sailing today is mostly done for recreation or sport. Sailing can be very challenging due to the changeable and often harsh conditions at sea. Guidance and practice can help you to overcome these challenges and enjoy the freedom and rewards of an activity that people have done for thousands of years. 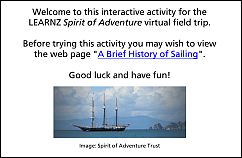 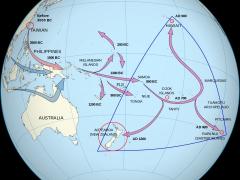 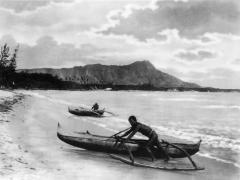 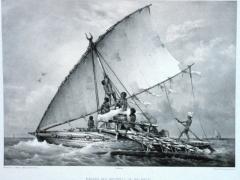 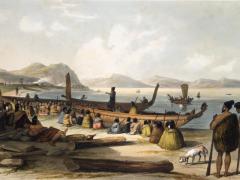