Alfie is the ambassador of the children from Alfredton School.  He loves hanging out in our oak trees, reading, playing in the sandpit and having a game of cricket or hockey.  Alfie is an adventurous wee soul and is always up for a challenge, just like the students he represents!

I’m Alfie from Alfredton School and being an elephant I feel a little less confident about this journey out to the deep ocean. At least the other ambassadors made me feel welcome. I was a bit jealous of Little Chirper who had her very own life jacket but the kind folk from NIWA managed to point out where I could find life jackets if I need one.

I am feeling pretty tired now after our early start and busy day getting familiar with how to stay safe on board the RV Tangaroa but at least I have the motion of the ocean to put me to sleep.

It has been a great day on RV Tangaroa, sailing the high seas. I learnt that the name Tangaroa comes from the Māori word for God of the sea and I certainly felt closer to the spirit of the ocean today. I can’t wait until we deploy the first Argo Floats tomorrow.

I helped out the crew today and learnt how to evacuate the ship in an emergency which is very unlikely, but at least I’m prepared.

Well, all this sea air has made me sleepy so I’ll catch up with you tomorrow.

The boat is now moving sideways as well as up and down as the sea has become rougher. There was some talk about whether it would be too rough to deploy the new Deep Argo Floats. Because these are prototypes, if something doesn’t work they will need to be retrieved and it may be too rough for people to go out in a small boat to get them. Hopefully the sea is calmer tomorrow. At least we  deployed some regular Argo Floats and tested the CTD.

I’m off to catch up on beauty sleep now.

It was a much better day today on RV Tangaroa, not only did the CTD work properly but we also were able to deploy a regular Argo Float and a Deep Argo Float. We are at our final destination now so we are in water over 5,500m deep which is pretty cool eh!

The Deep Argo doesn’t look anything like the regular Argos – it is round rather than a long cylinder and made of glass contained in plastic. It will have to withstand huge pressure as it takes recordings deep underwater.

All going well we will deploy more floats tomorrow.

It is the end of the week but the scientists and crew on board the Tangaroa won’t be taking a break. They will tirelessly work through the weekend to make the most of the last few days of the voyage.

The second Deep Argo was deployed and luckily everything went according to plan. It is important to put two Deep Argos out in the water so they can be fully tested and compared, then the designers can work out what needs to be changed before making any more.

I’m off to see if I can spot the Argo coming up after its test dive.

I have been trying to spot a whale but no matter how hard I look all I can see are sea birds and waves. I’m sure they are out there, they must just be hiding. I did see a rainbow and many albatrosses and giant petrels though.

We are now heading back to Auckland but we will still be deploying the last three Argo Floats tomorrow so I’ll see you then.

We are not too far away from home now. This time tomorrow we will be back in Auckland. It is hard to believe we have been out at sea for nine days, I have learnt so much and met lots of cool people. It feels pretty amazing to have been part of such important scientific work. Scientists from around the world will be able to use the data from the Argo Floats that we have deployed on this journey.

I have missed you all and can’t wait to get back to tell you all about my adventures. 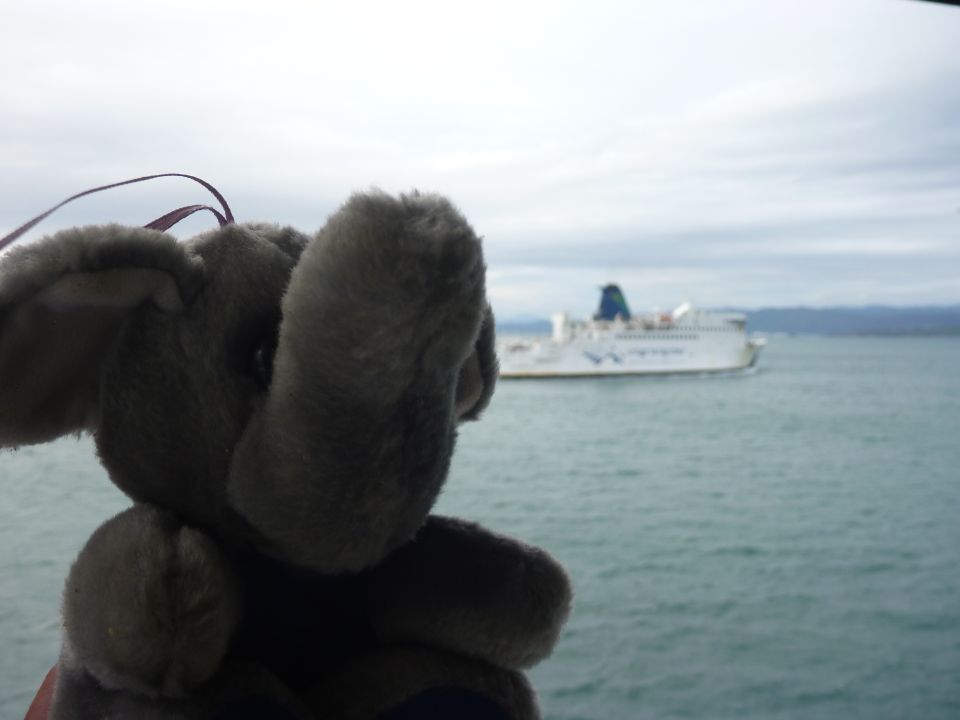 Alfie with the Inter-Islander in the background. 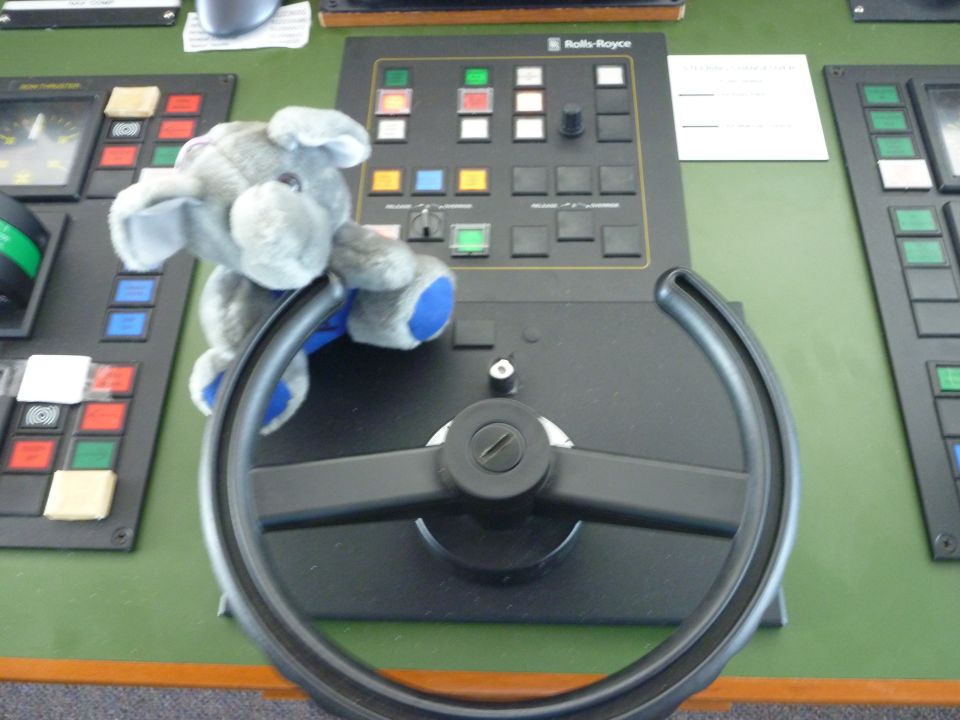 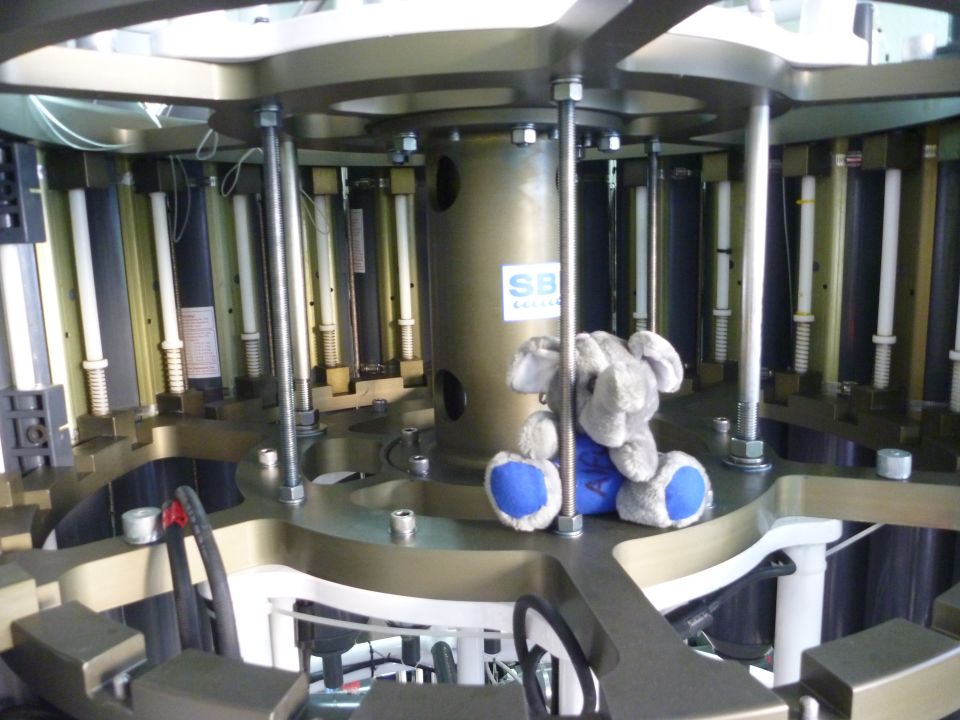 Alfie looks at the CTD machine on board RV Tangaroa. 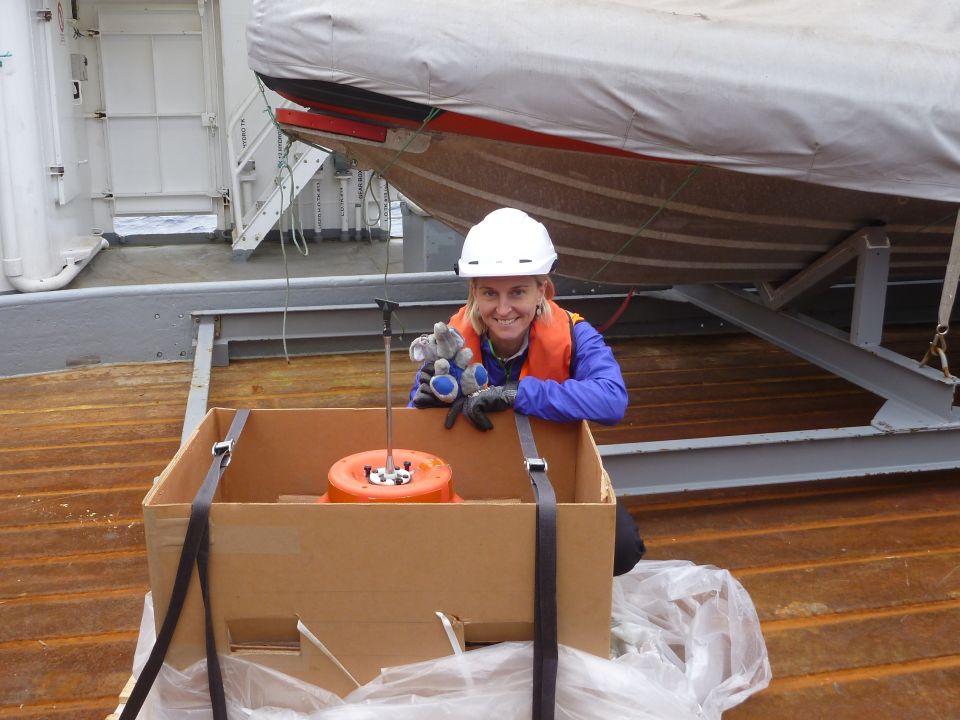 Alfie and Shelley look at a Deep Argo Float. How are these floats different to regular floats? 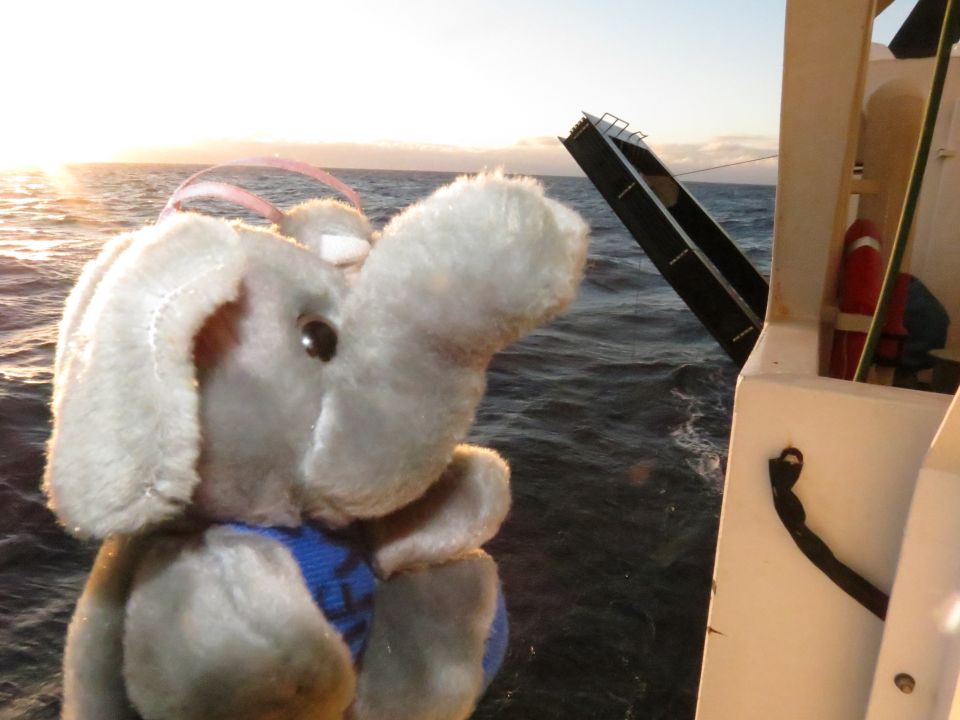 Alfie waits to see the CTD come back up from sampling seawater. 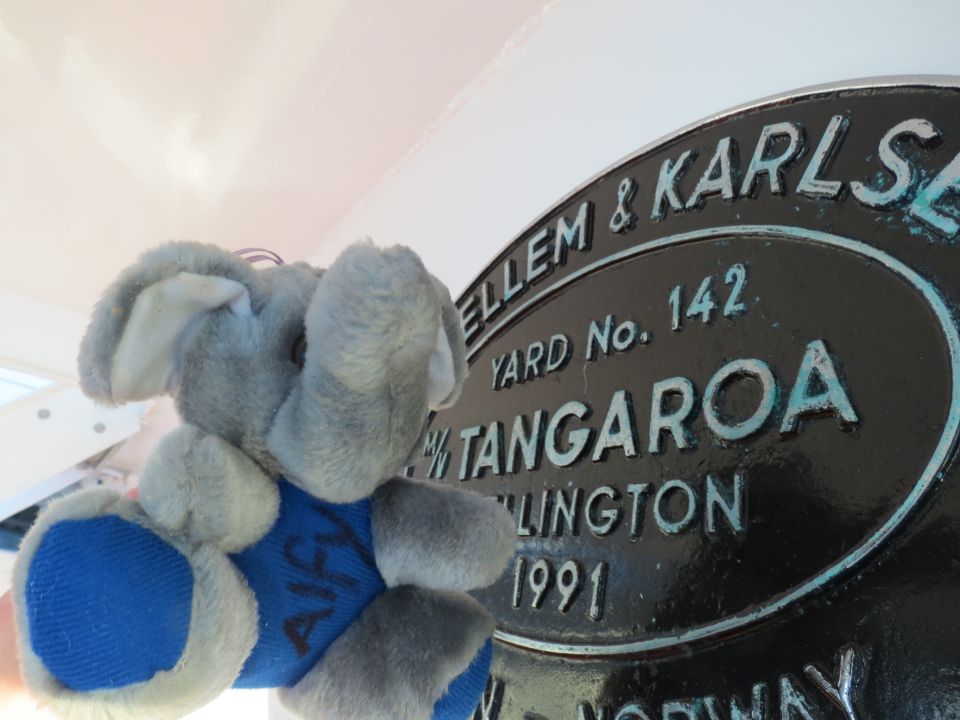 Alfie takes a look around the RV Tangaroa. 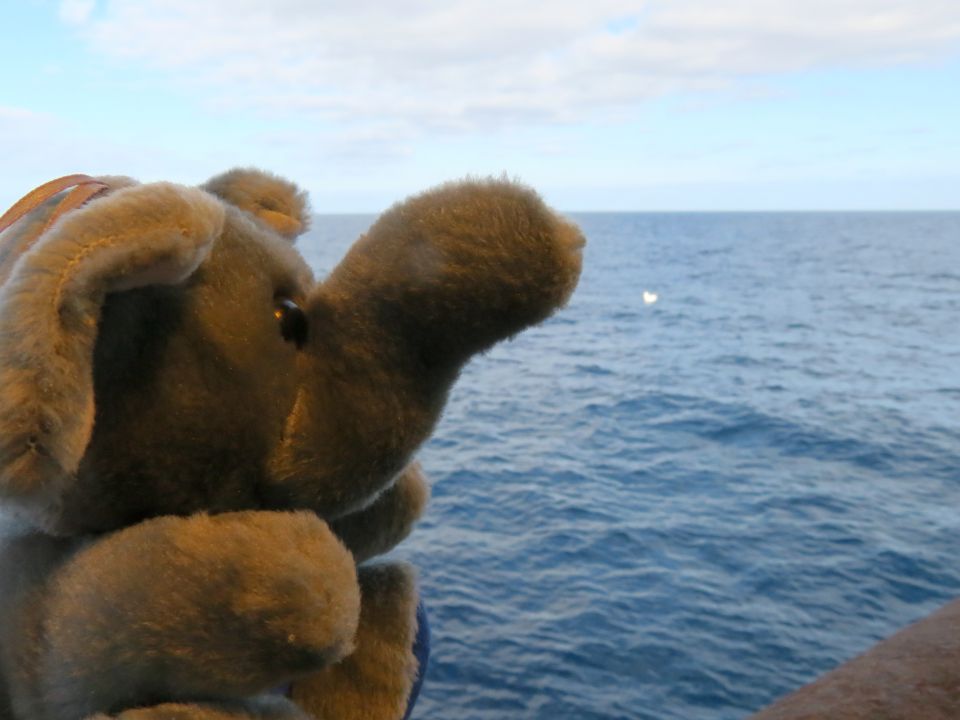 Alfie looks out at an albatross off the stern of the RV Tangaroa.