I’m Kiri Kiwi from Elm Park School and I have been so excited about this field trip because being a flightless bird I don’t usually travel big distances. On this journey I will venture over a thousand kilometres north east of New Zealand into international waters. Lucky I remembered my passport eh!

We met most of the crew today and learnt about safety on board the Tangaroa. Thankfully, we all passed the course and have now set sail ready for a whale of an adventure.

I was so proud of my class today during the audioconference, you asked such awesome questions. It was cool to hear your voices, especially now that we are so far from home.

I am starting to get the hang of being at sea and spent the day looking out over the big blue ocean. I saw many different types of sea birds including lots of albatross.

Tomorrow we will be working with scientists, see you then.

I was so excited about using the CTD today. A CTD is used to calibrate Argo Floats and it has heaps of bottles on it which can take water samples. The scientists worked hard all day preparing the CTD so that it could be lowered to 2000m. Finally it was ready and it was amazing how quickly it went into the water and disappeared out of sight.

Unfortunately the lids didn’t close on the bottles and no samples were collected – lucky it was a test run eh! Now the scientists have to work out why it didn’t work and get it up and running ready for tomorrow.

I’ll catch up with you then,

We have finally reached our destination. We are no longer moving much and the sea isn’t as rough either.

This morning the CTD was sent down to over 5,000m deep and luckily this time the lids on the bottles closed so samples were successfully captured. The scientists were much happier after this and then they were able to focus on the Deep Argo Float deployment.

It was surprising to see just how small the Deep Argo Float is, it only weighs 30kg and is made of glass so it can withstand the pressure in deep water.

Wel,l I’m off to watch a movie now that I’m not feeling sick so I’ll catch you tomorrow.

I am really impressed with how hard everyone works on this ship. No one has the weekend off and the scientists will continue their 12 hour shifts ending or starting at 3am.

We all had to keep an eye on the second Deep Argo Float today to make sure it was working. If it didn’t work properly it would have to be retrieved, so we didn’t want to lose sight of it. Thankfully if worked perfectly.

Tomorrow I am going to try to spot a whale, some of the other ambassadors caught a glimpse of one today – wish me luck.

We helped deploy the last CTD today. The scientists now have lots of very accurate data to take home and analyse. It is amazing to think that they have been able to measure things so accurately from very deep down in the ocean. In fact they have been recording temperature to a thousandth of a degree!

This afternoon we started the long journey back to Auckland but we will still be deploying three Argo Floats tomorrow, so I’ll see you then.

It has been super calm for the last day of our journey today. There is barely any wind or swell and it made deploying the Argo Floats easy. Three floats were deployed without a hitch. These floats will keep collecting and sending their data for the next five years before their batteries run out.

The Deep Argo Floats are just prototypes so are still in the testing phase. They have been programmed to run more cycles than regular floats so will only last a year, then NIWA plans to come and recover them to see how they have coped.

Well, it has been a real adventure but I’m looking forward to getting home. 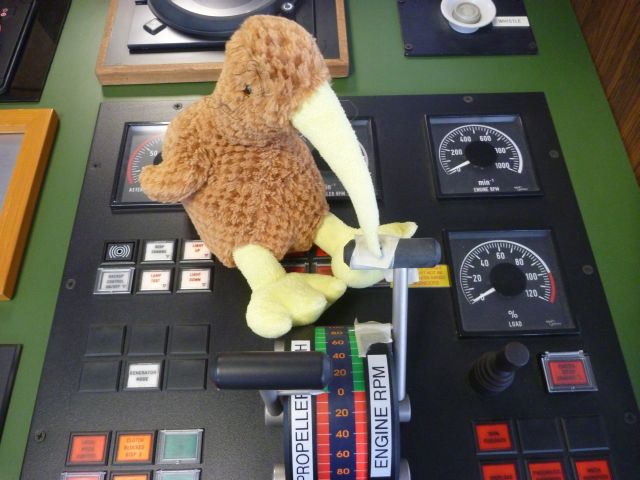 Kiri Kiwi on the bridge. 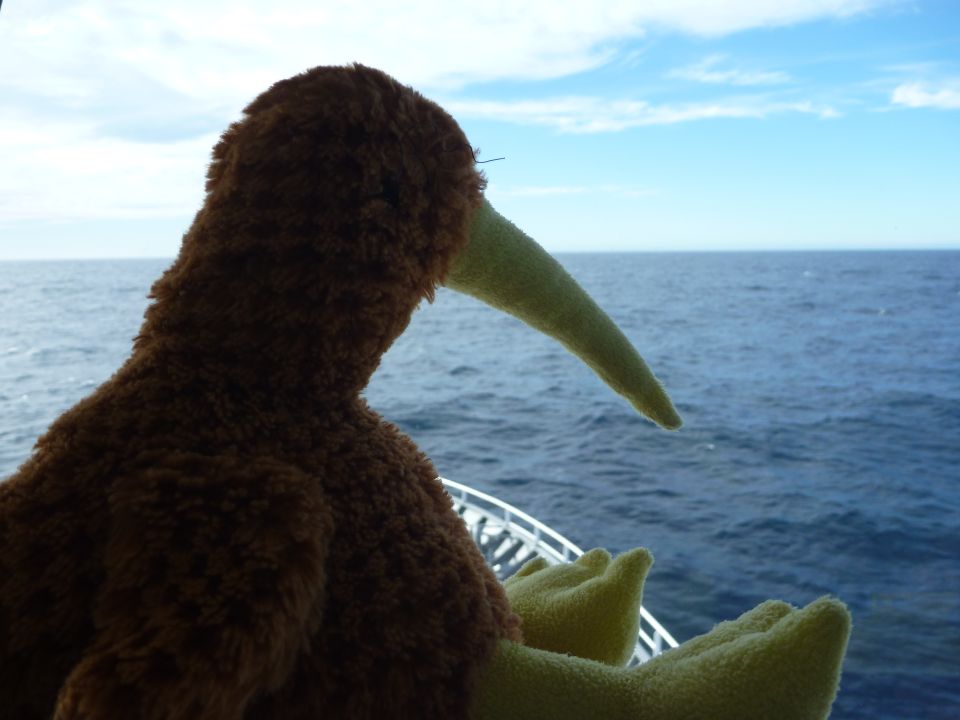 Kiri Kiwi enjoys the view from the Bridge. 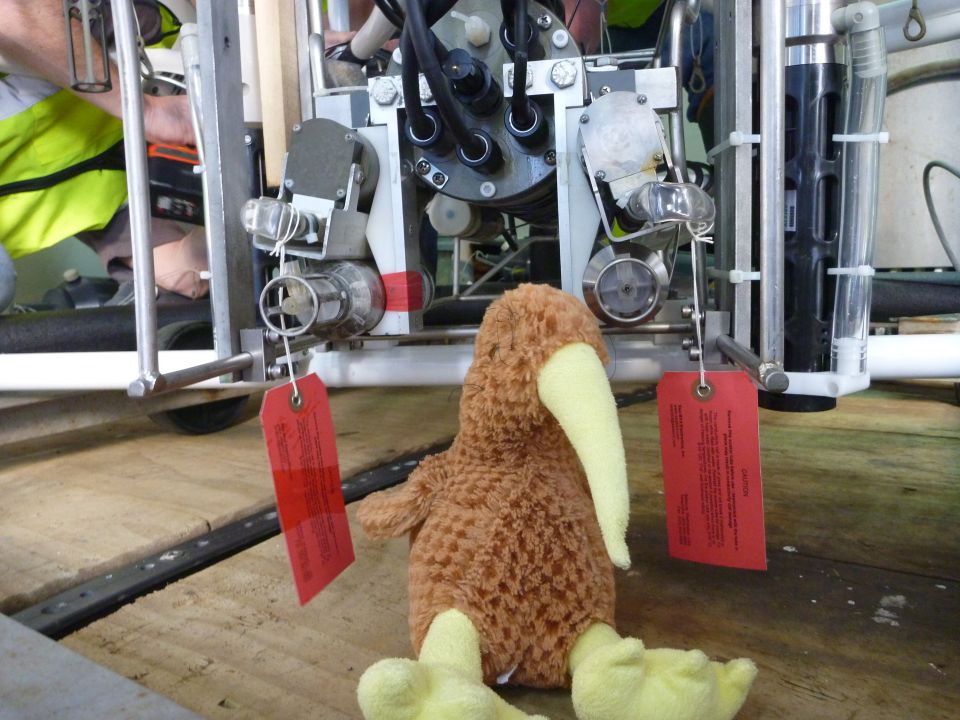 Kiri Kiwi checks out the sensors on the CTD machine – what do these sensors measure? 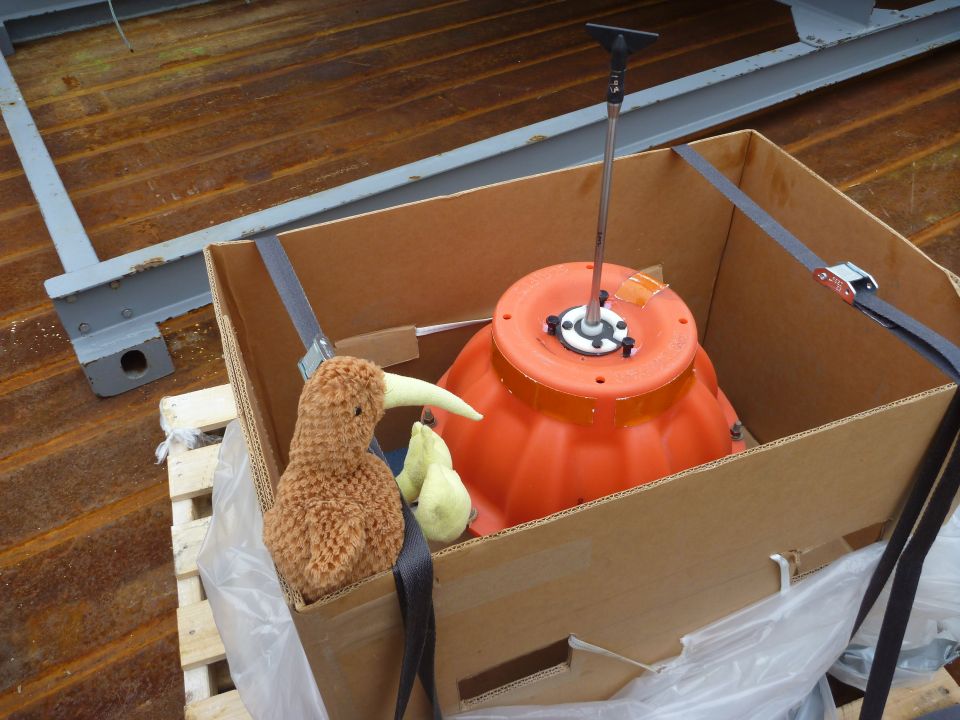 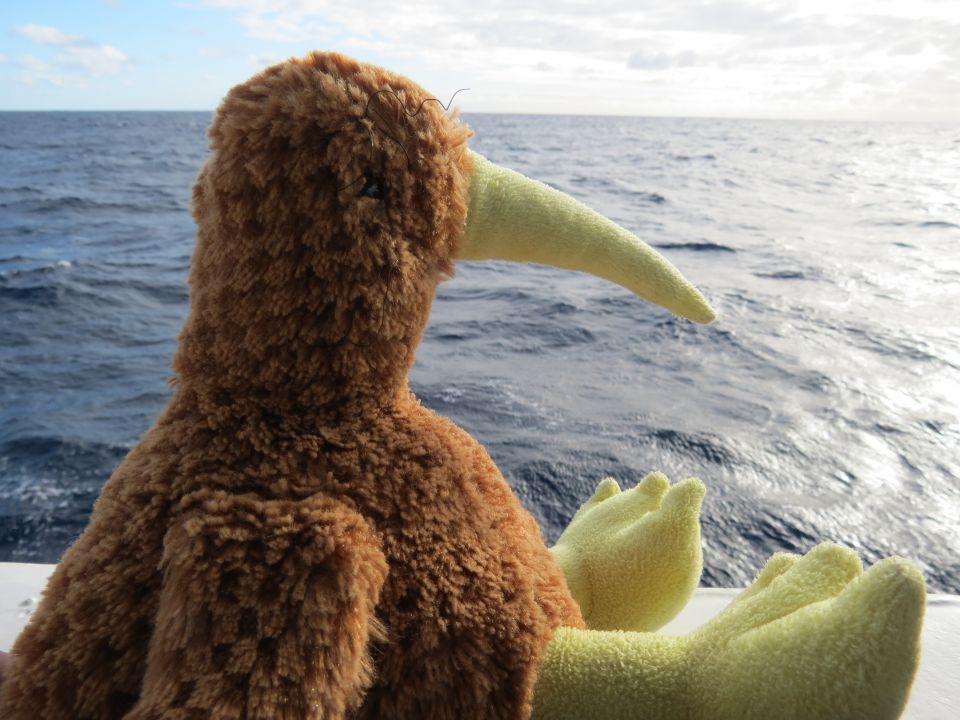 Kiri Kiwi tries to spot a whale from RV Tangaroa. 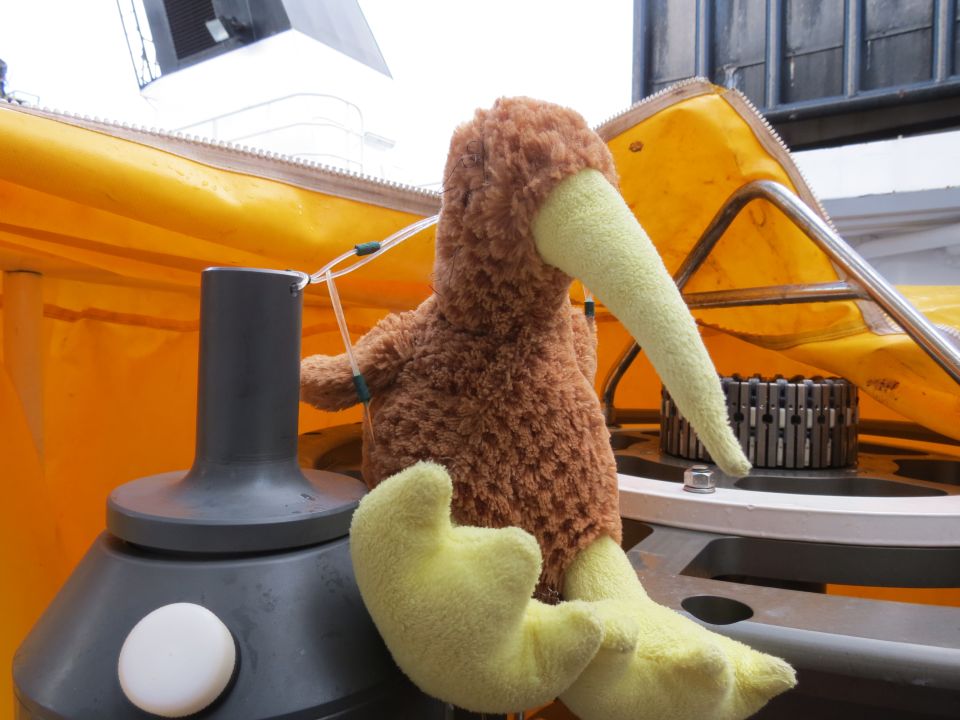 Kiri Kiwi takes a look at how the bottles on the CTD close. 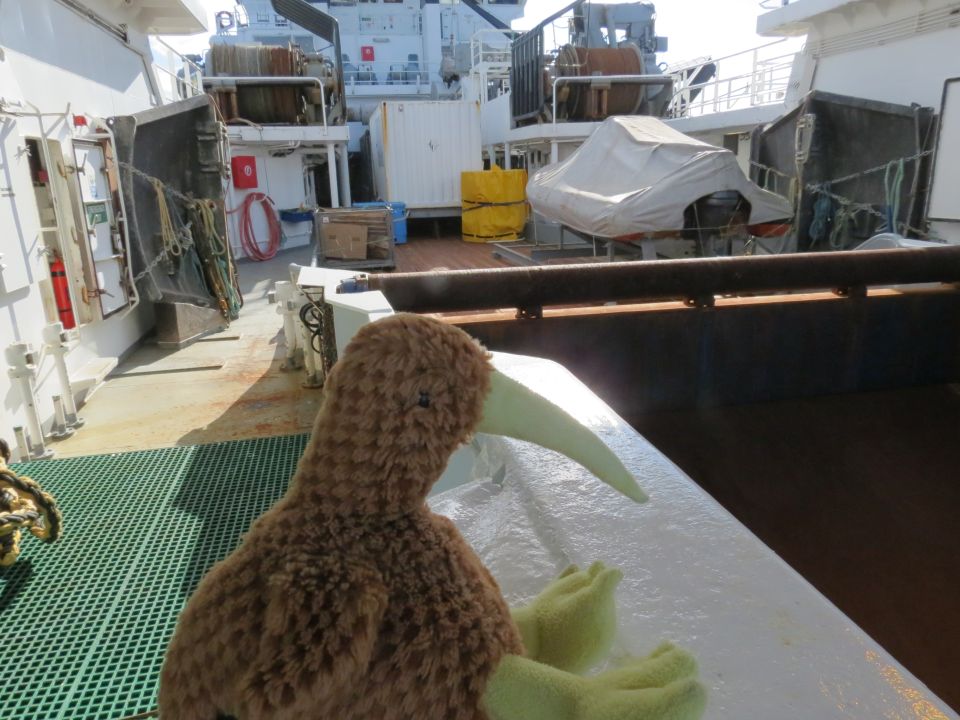 Kiri Kiwi enjoys her last few hours on board the RV Tangaroa.