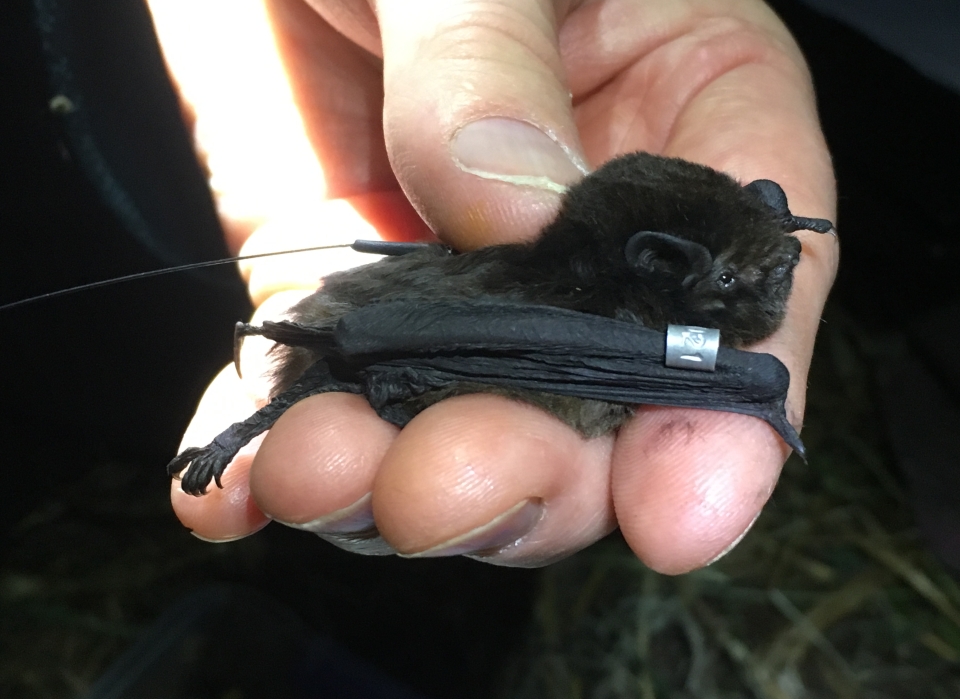 Aotearoa New Zealand has many native fish, insects, birds, lizards and frogs. Our only native land mammals are bats.

Aotearoa was once almost covered in forest, with hundreds of bird species. As people cut down forests and brought rats, possums, stoats and cats from overseas, 50% of bird species became extinct. Only four types of frog remain, but thousands of different insects live in most habitats. The only poisonous native animal is the katipō spider, which lives on sandy beaches.

Unlike most places on Earth Aotearoa has no land mammals apart from two bat species. Aotearoa does not have snakes. Groups such as ants, and many other families of animals without backbones, are not common in Aotearoa.

Aotearoa has many ancient animals that have evolved over millions of years. These animals include: 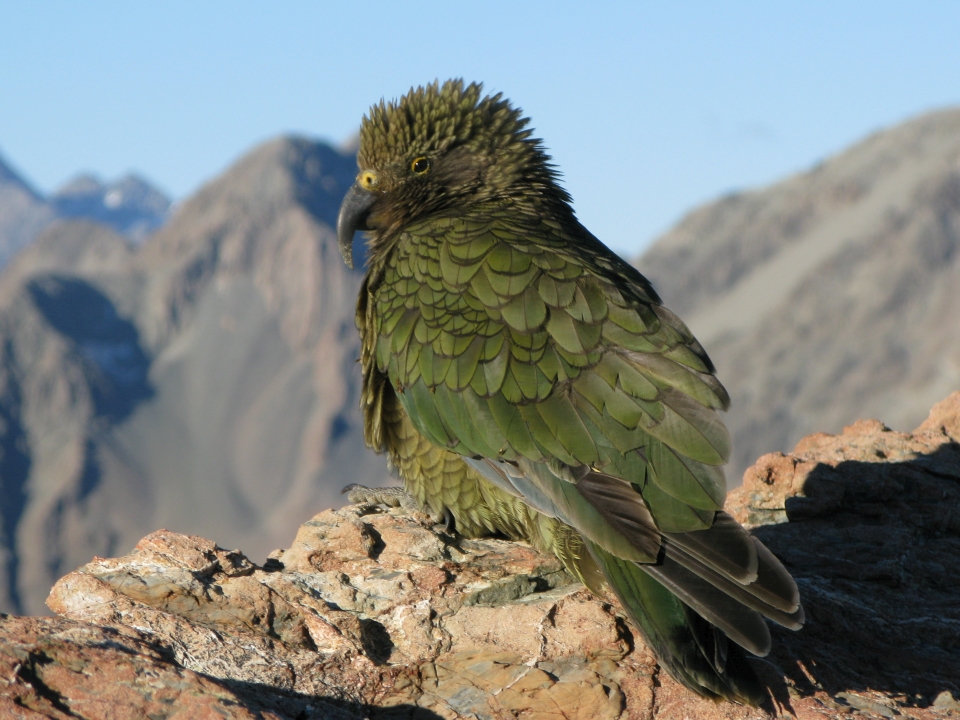 Aotearoa is known as the seabird capital of the world. Aotearoa is also home to many forest birds and three species of mountain bird. The kea, a native pipit and a rare, tiny rock wren all live in the mountains. Some New Zealand birds cannot fly. Many New Zealand birds live for a long time. These birds are also slow breeders and lay only a few large eggs. Some species are nocturnal, and others have a large body size.

Two species of tuatara (a lizard-like reptile) once lived in the forests of Aotearoa. It is thought that Pacific rats preyed on their young. They survive only on offshore islands or in mainland sanctuaries. About 30,000 tuatara live on Stephens Island in Cook Strait. Most of New Zealand’s 80 or so lizard species live in forests. Frogs were once much more widespread. There used to be seven species of frog found on the forest floor. Only four species of native frog remain.

Aotearoa has 58 native freshwater fish species. Some species such as inanga whitebait migrate. They move between fresh and sea water to complete their life cycles. Other species, such as mudfish spend their whole life in freshwater. Native fish can be hard to find. They often feed at night and hide during the day. Three kinds of native tuna eel, a lamprey, two smelt species, seven species of bully and 25 species of galaxiids are found in New Zealand waters. There are also kōura (a small edible crayfish) and freshwater mussels.

There are about 20,000 insect species in Aotearoa. Insects are common on seacoasts, forests and mountain tops. Many insects hide underground, in rotten logs, or in places where you must search to find them. 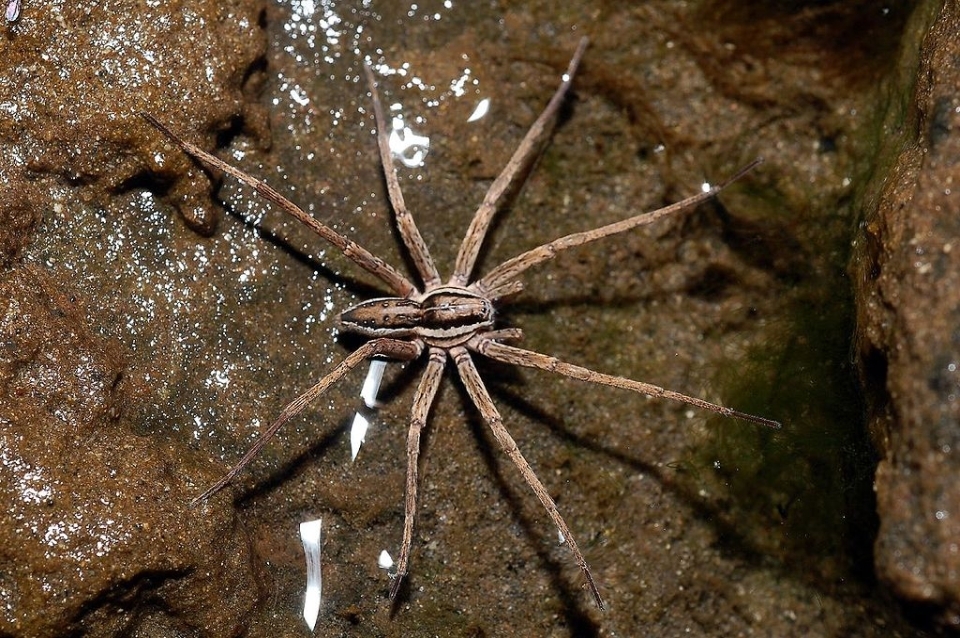 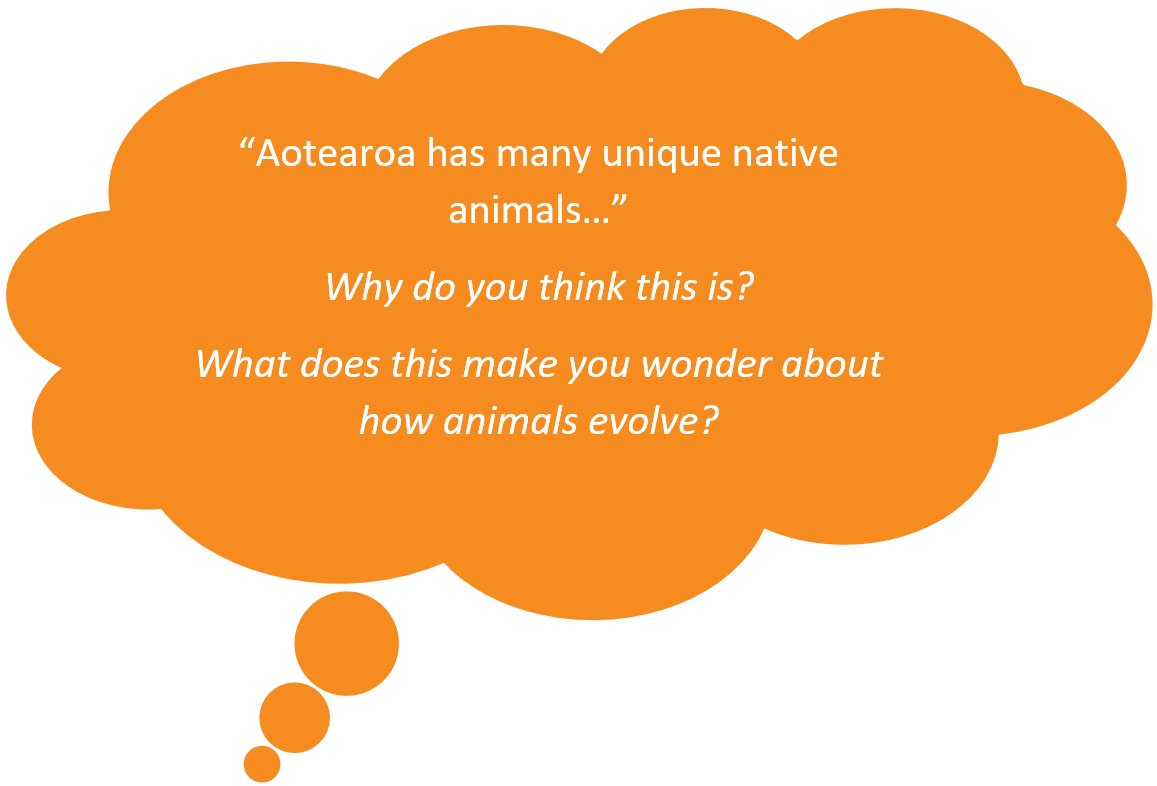 Spiders are not insects. They belong to a group called arachnids, which includes mites and scorpions. Insects have six legs, while arachnids have eight. Aotearoa has about 1100 named native spider species. Spiders live everywhere, and you are probably never more than a metre away from a spider.

You can find the common insect and spider species using the What is this Bug? Tool.

Complete the Animals of Aotearoa quiz

« Previous
The Importance of Biodiversity


Next »
Native plants of Aotearoa