Science, technology, and traditional Māori knowledge are all playing a part in the fight against kauri dieback.

It is almost impossible to get rid of Phytophthora from soil. Scientists are trying to understand how kauri dieback behaves. They have been looking at what role the environment plays in how trees become infected. For example, the effect of temperature and soil moisture.

Scion is trying to find out if kauri trees have any natural way to fight kauri dieback. They have been looking at seedlings from different parent trees. What they have found is that different kauri family lines have different responses to infection. Kauri trees may be grown in the future to resist kauri dieback.

Scientists At Plant and Food Research are using phosphite injections to help infected kauri trees. These injections are like a band-aid for sick trees. They slow the signs of kauri dieback and allows the tree to live longer. But it does not cure the disease and the treatment needs repeating after a while.

Scientists are also looking at using natural products. Biological control is where you use other organisms to help fight the disease. One such case being looked at is the use of a fungus called Trichoderma to help fight kauri dieback.

Kauri forests from above and on a computer

New research is looking at technology such as remote sensing tools. This includes satellite images and sensors placed on aeroplanes which can detect the health of kauri trees.

Māori have also started looking at using traditional medicines to improve forest health and reduce the impact of kauri dieback. 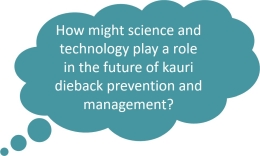 Find out more: Read more about current research on the Kauri Dieback website. 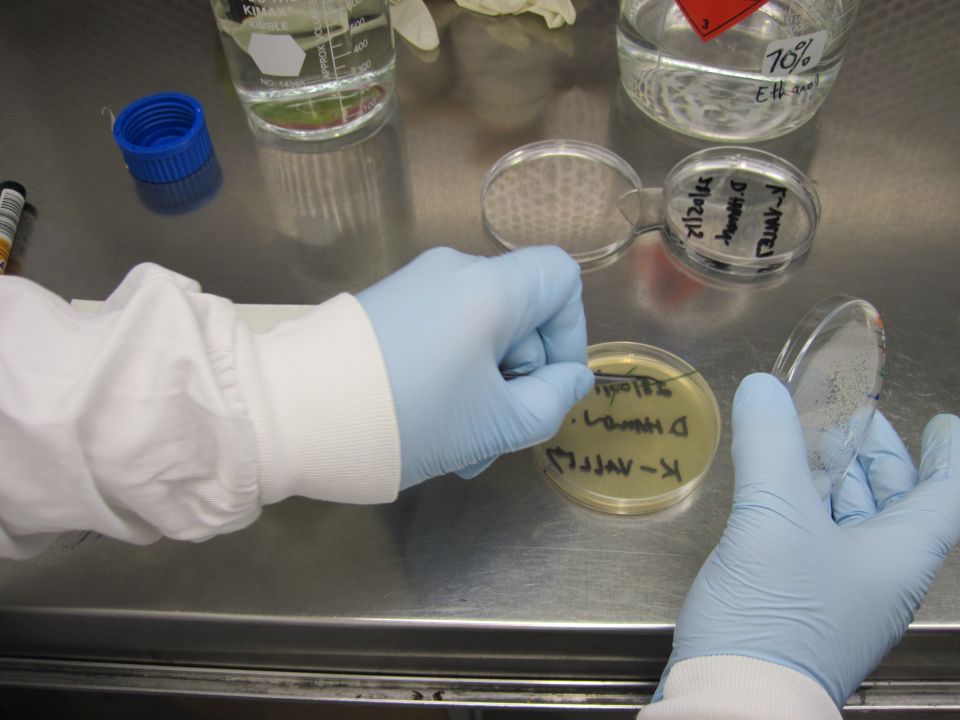 Scientists at Manaaki Whenua/Landcare Research are trying to unravel the mystery of kauri dieback disease. What sorts of things are they researching? Image: LEARNZ. 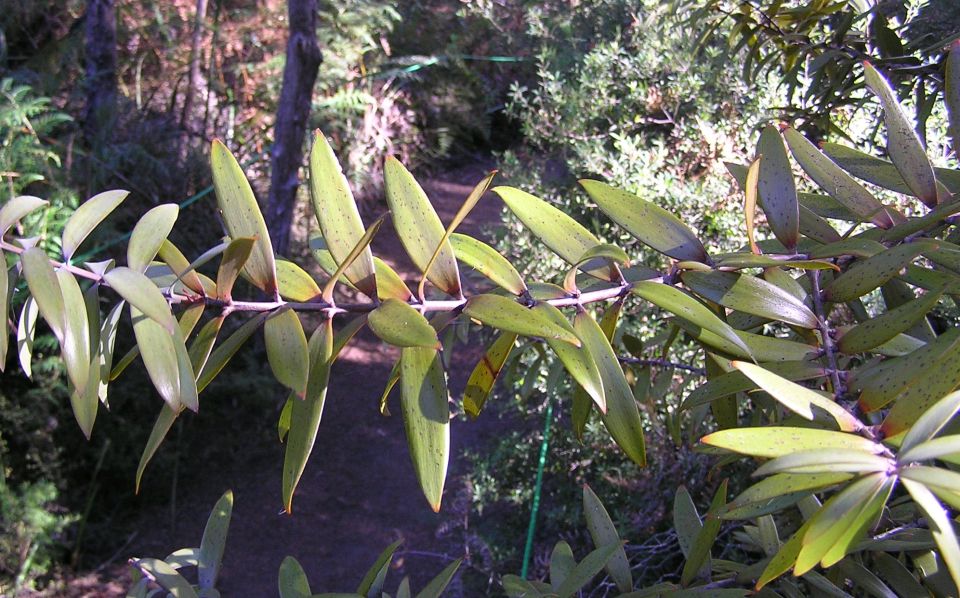 Scion has been looking at seedlings from different parent trees. What have they found out and what might this mean? Image: Creative Commons. 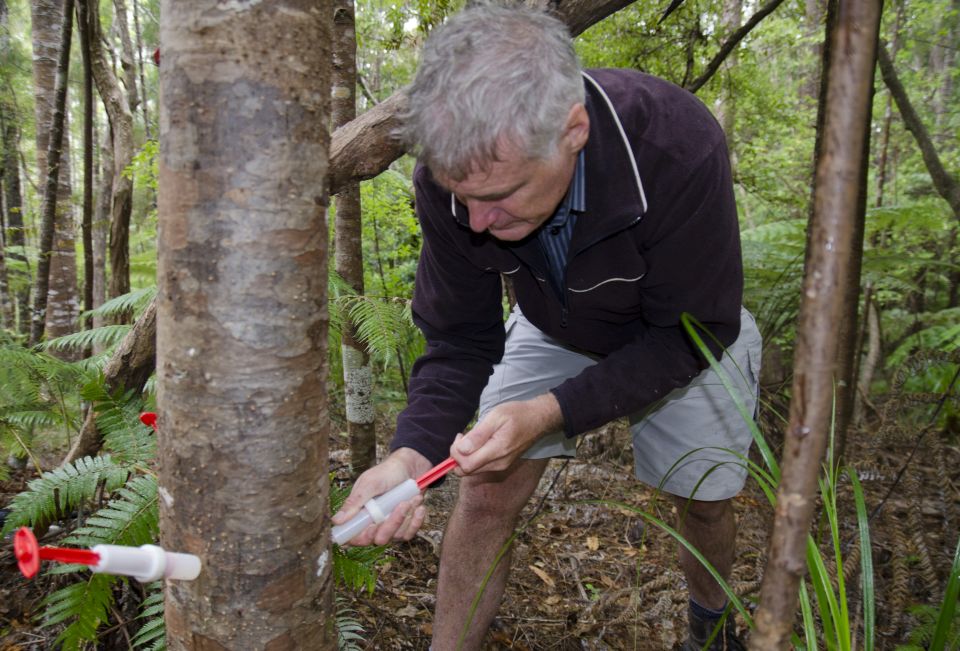 Scientists At Plant and Food Research are using phosphite injections to help infected kauri trees. What does this do? Image: MPI. 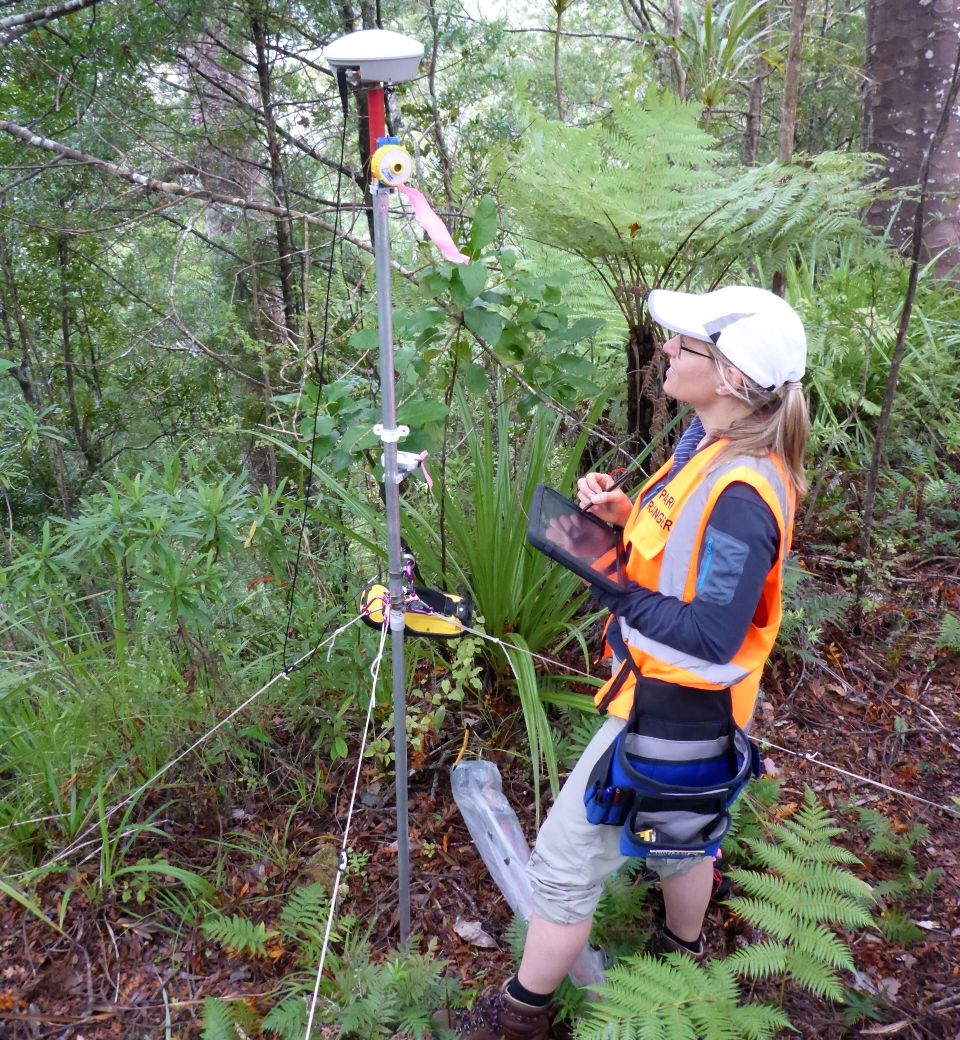 New research is looking at how technology can help in the fight against kauri dieback. Here you can see a Feildspectrometer being set-up for remote sensing. Image: MPI. 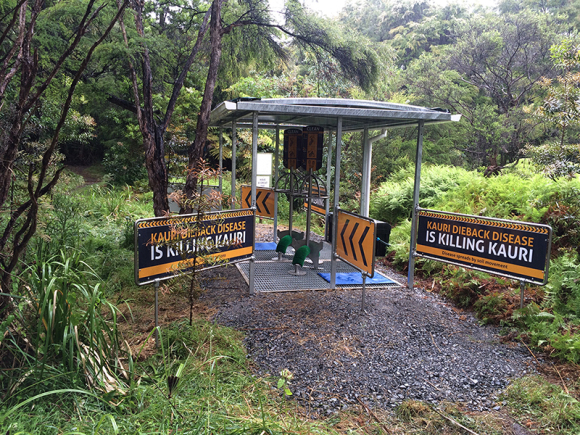 «Previous
Where Did Kauri Dieback Come From?
Contents: Easy
Next»
The People Factor: Sending The Right Message
Standard Version