Europeans did not discover New Zealand until Abel Tasman came here in 1642. Captain Cook came to New Zealand in 1769 and mapped much of the coastline. Expeditions to New Zealand were made to find areas to settle and make scientific discoveries.

The first reported European discovery of New Zealand was made by Abel Tasman in 1642.

Abel Janszoon Tasman was born in Holland and was an experienced sailor. Tasman and his crew of 110 men on two ships, the Heemskerck and the Zeehaen set sail from Jakarta in August 1642. The aim of the voyage was to find resources and suitable land for settlement. He discovered Tasmania (as it would later be called) on 24 November, naming it Van Diemen’s Land after Anthony van Diemen, the governor general of the Dutch East Indies.

From there Tasman sailed further east, becoming the first to cross the sea now known as the Tasman Sea.

On 13 December 1642 the Dutch sighted ‘a large land, uplifted high’ – probably the Southern Alps. After sighting land, Tasman’s ships turned south, then north to pass Cape Foulwind and Cape Farewell. He sailed around Farewell Spit into what is now called Golden Bay, where he anchored on 18 and 19 December.

One of Tasman’s small boats, passing between the two ships, was rammed by a Māori waka. Four of Tasman’s party were killed. It is likely that the Māori, of the Ngāti Tūmatakōkiri tribe, saw these strange newcomers as threatening, especially when the Dutch responded by shooting and hitting one Māori. Tasman named the place where he anchored Murderers Bay.

Despite the tragic encounter, Tasman was impressed by the new country. He wrote that the place was ‘a very fine land’. Bad weather and lack of food and water lead to Tasman leaving in early January 1643.

It was Tasman who opened the way for the European history of New Zealand.

The first Englishman to sail the Pacific, Francis Drake, crossed it from east to west during his 1577–1580 circumnavigation of the globe. Later the English interest in the Pacific grew due to England’s rivalries with Spain, Holland and France. In 1767 Samuel Wallis was the first European to discover Tahiti. By the time Wallis returned to England in May 1768, another expedition to the Pacific was already being organised.

The Royal Society wanted to see the transit of Venus (the passage of Venus across the face of the sun) which could be observed in the South Pacific. The observation would make it possible to accurately calculate distances from the Earth to both Venus and the sun. When Wallis returned with news of his discovery of Tahiti, the expedition was instructed to go there to make the observations. Lieutenant James Cook was made commander of the expedition.

In his youth Cook had been a sailor in the North Sea coal trade. In 1768 he was approaching 40 when he was given the job of commanding the South Pacific expedition.

After observing the transit of Venus, the expedition was to investigate if there was land to the south of Tahiti. The voyagers were then to turn west towards Abel Tasman’s New Zealand, to see how far it extended to the east. They also had to try and find where Australia’s eastern coastline lay. 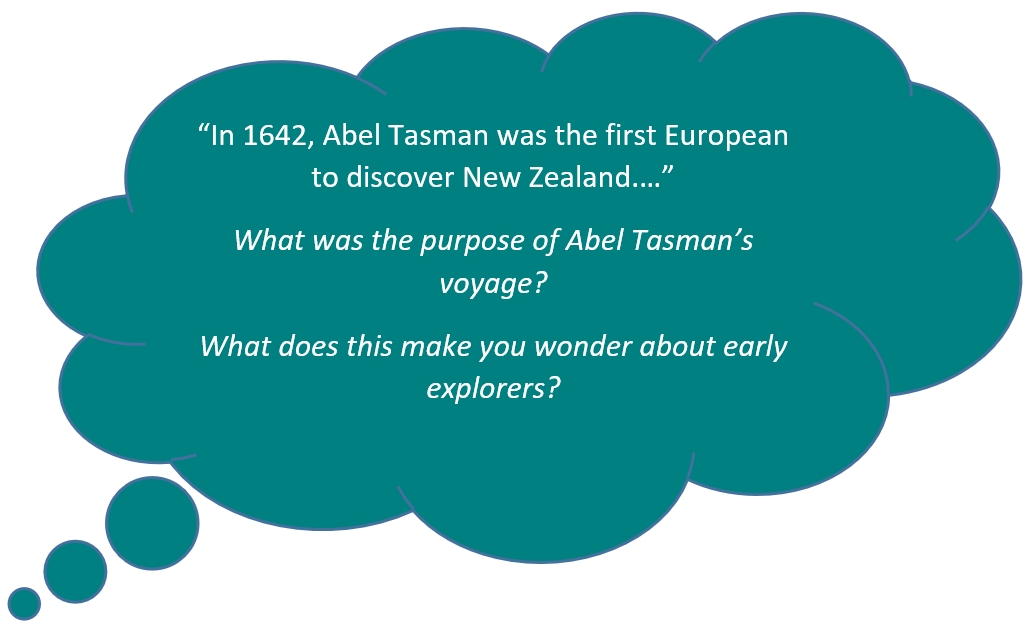 The goals of the voyage were to be scientific. Yet the English also wanted to expand trade and empire. Cook was careful to include in his reports information about the resources of the lands he visited, and if those lands were suitable for settlement by Britain.

On 8 October 1769 Cook landed at Poverty Bay and continued to explore New Zealand’s coast until April 1770. Cook completed two more voyages to New Zealand between 1772 and 1779.

Ready for a quiz? Try the "European Discovery of  New Zealand" activity.

Imagine you lived in Aotearoa before Europeans had discovered the country; describe how you would feel seeing European ships for the first time off the coast. 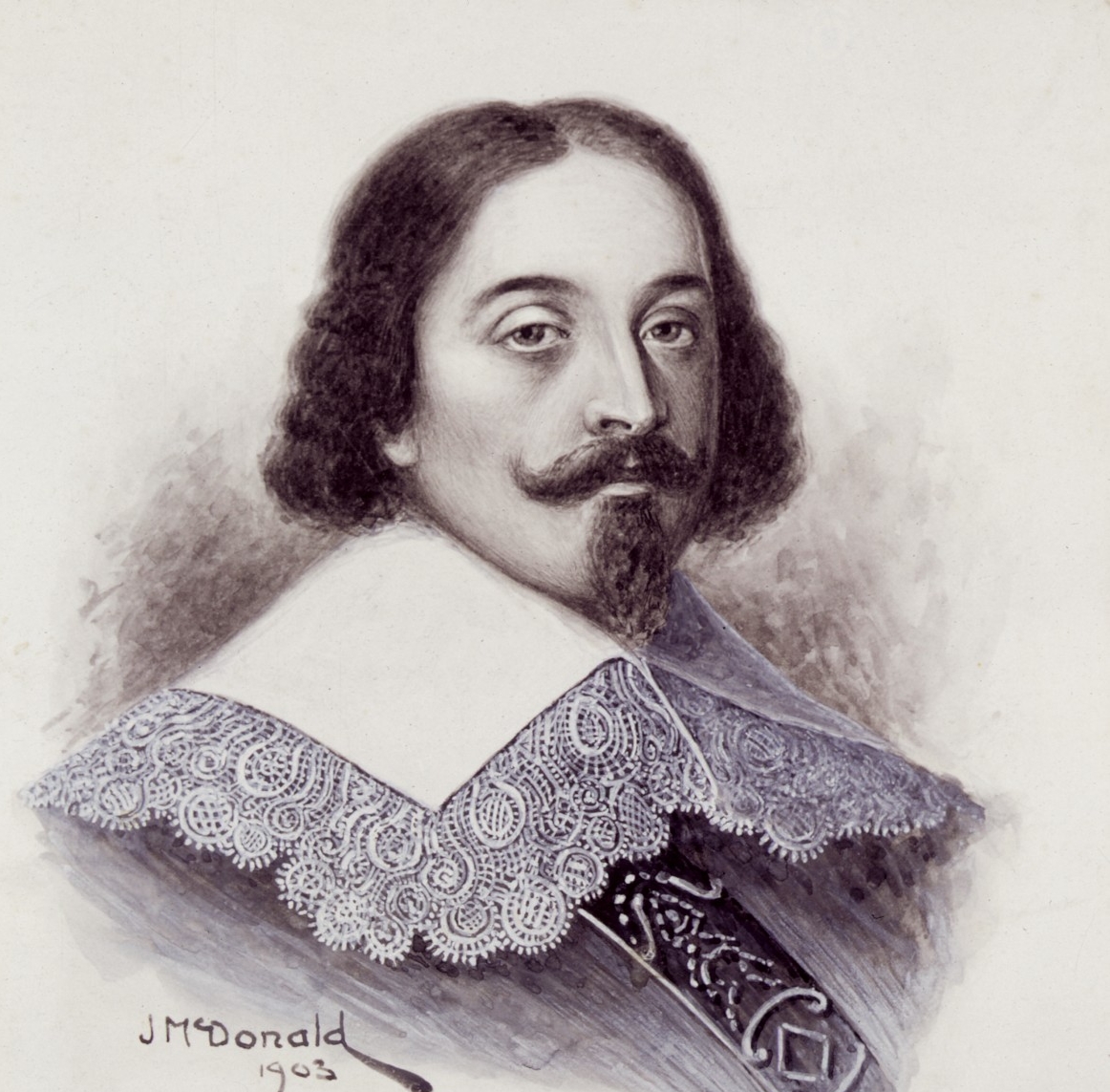 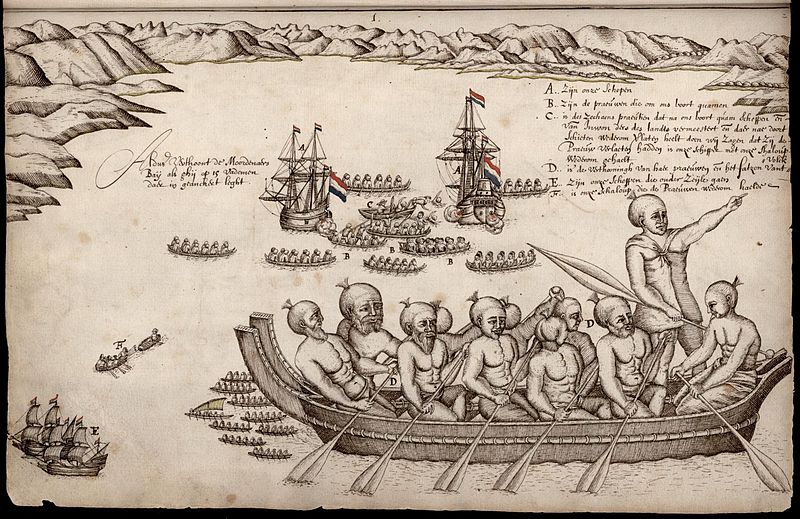 A drawing made by Abel Tasman's artist during conflict between the Dutch explorers and Māori people at Murderers Bay, now called Golden Bay. This is the first European impression of Māori people. Image: Isaack Gilsemans.