European explorers and map makers who arrived by ship gave the first European names. These early names usually first appeared on maps and follow the coast or places sighted from it, such as mountains. 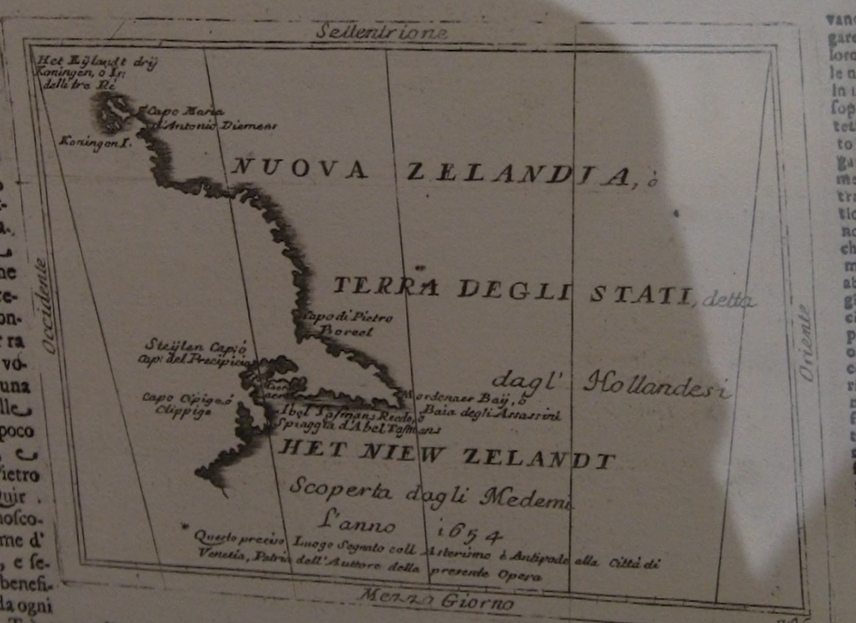 Naming the country and the main islands

Dutch explorer Abel Tasman sighted New Zealand’s western coasts in 1642. Tasman called his discovery Staten Landt, thinking it might be part of Staten Landt in southern South America. But it was not.

Dutch cartographers named the islands Nova Zeelandia on a 1646 world map. This is the Latin translation of the Dutch Nieuw Zeeland (after the Dutch province of Zeeland). It was by that name – ‘New Zealand’ in English – that the country came to be known.

There is no known Māori name for New Zealand as a whole. But Māori had names for the North and South Islands. The South Island was known as Te Waka-a-Māui (the canoe of Māui), Te Waka o Aoraki (the canoe of Aoraki), Te Wai Pounamu (the greenstone waters) or Te Wāhi Pounamu (the place of greenstone). The North Island was called Te Ika-a-Māui (the fish of Māui) or Aotearoa. People now use Aotearoa to mean the whole of New Zealand.

The names North, Middle and South for the three islands had appeared on a map by 1820. In 1840 Lieutenant-Governor William Hobson named them New Ulster, New Munster, and New Leinster after three Irish regions, but these names did not last. The South Island was recorded as an alternative to Middle Island in the 1830s and became the common name by 1907. 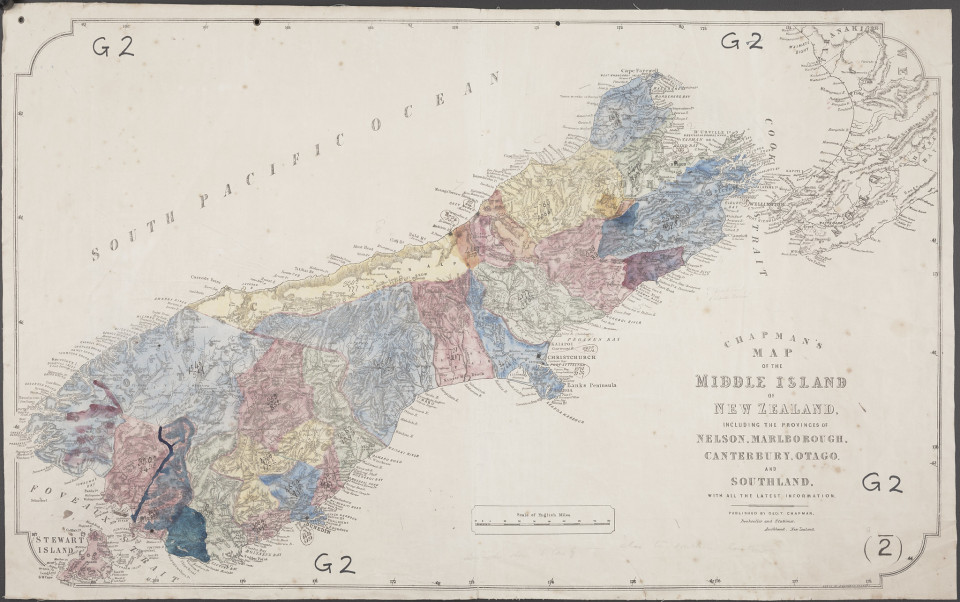 In 2013, alternative names were formalised for the two main islands. North Island or Te Ika-a-Māui, and South Island or Te Waipounamu, with either English or Māori used or a combination of both. 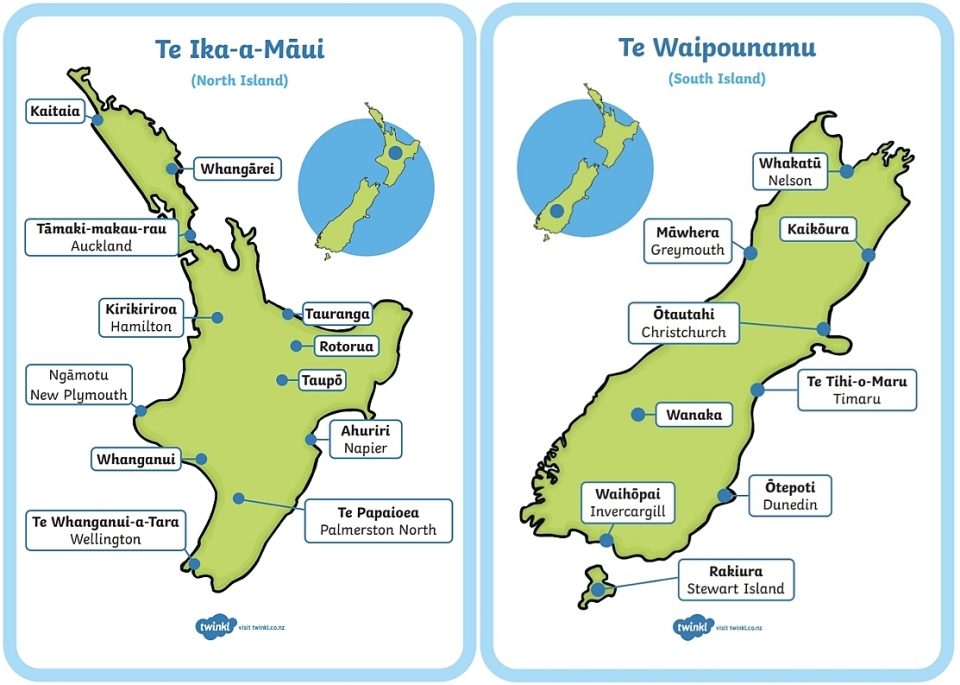 Abel Tasman named a few geographic features as he sailed along New Zealand's west coast. Many such as Murderers Bay did not last, while others like Cape Maria van Diemen and Three Kings Island are still in use. Some places are named after Tasman, for example Mount Tasman, Tasman Glacier, and the Tasman region.

James Cook named more widely than Tasman did. He used a variety of methods for the names he gave to places, for example:

There are Cook names found throughout New Zealand, from north to south. 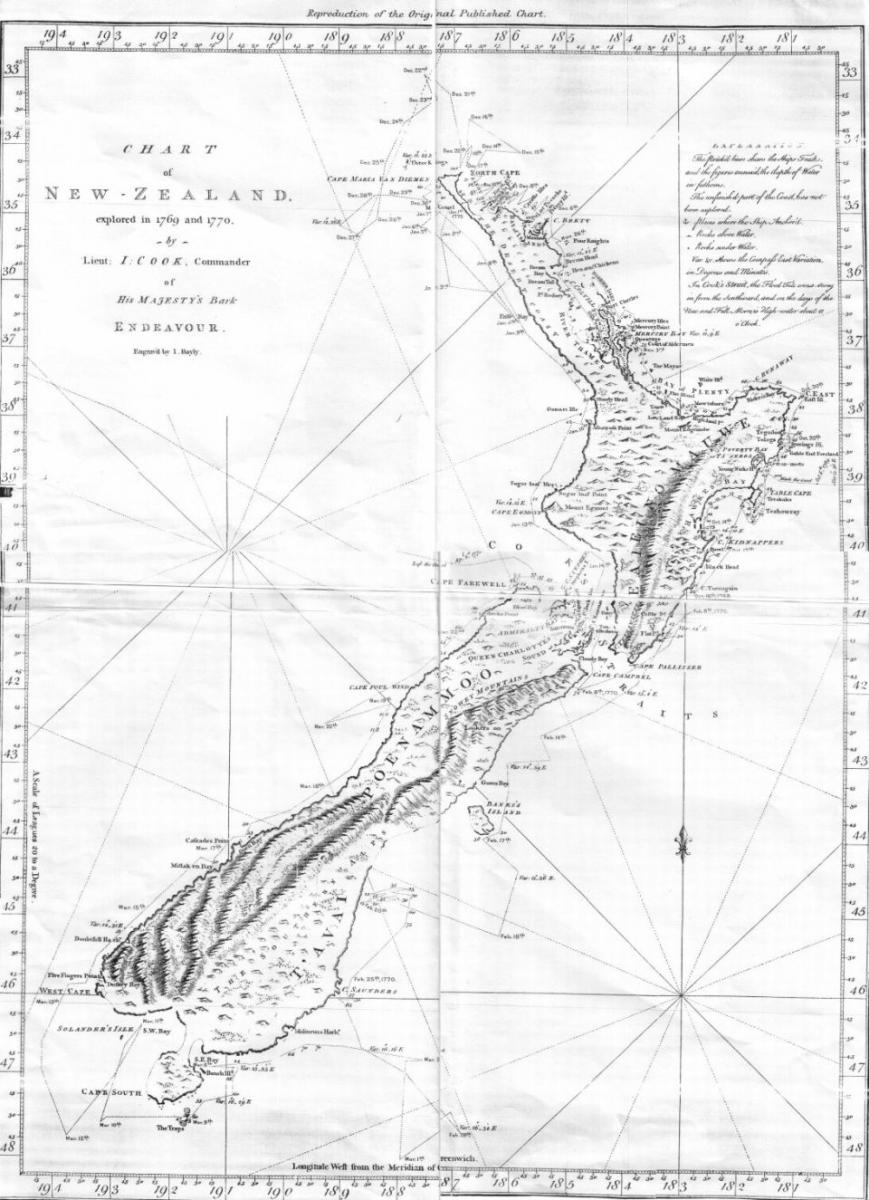 Other explorers named places on similar lines to Tasman and Cook but not many names have survived. Dumont d’Urville named Passe des Français (French Pass), which he sailed through in 1827. The pass separates the mainland and D’Urville Island which later took his name. Names given in Fiordland by Felipe Bauza (on the Spanish Malaspina expedition) were replaced when the Acheron surveyed the coast and harbours in 1848–51 but were later restored.

From ship to shore

Names of early ships have also become place names. The Coromandel, Chatham and Pegasus ships visited New Zealand's shores between 1791 and 1820 and named Coromandel Peninsula, Chatham Islands, Pegasus Bay and Port Pegasus. The English part of Stewart Island Rakiura was named after William Stewart who visited and mapped the island in 1809 aboard the ship Pegasus. 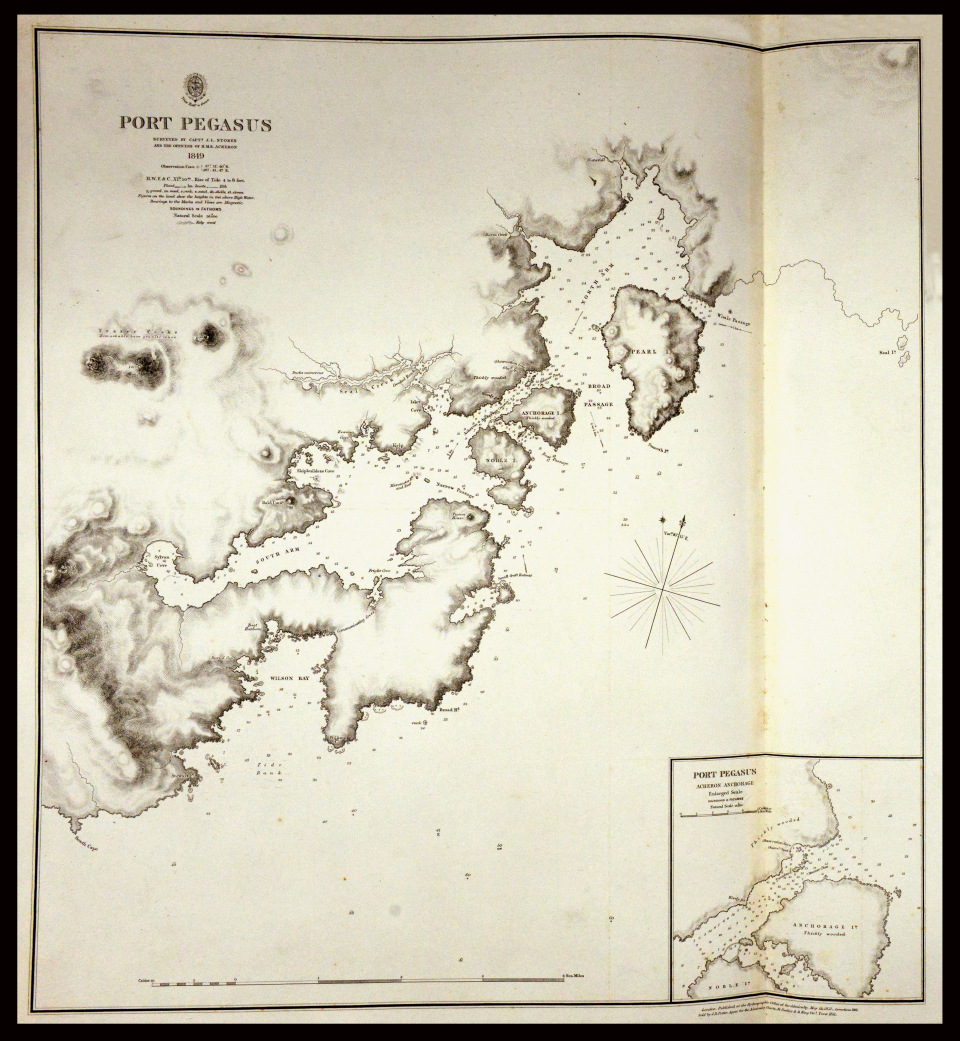 
Next »
How did New Zealand Europeans name places?