A lot of work must be done to design a safe tunnel, prepare the site, and move underground pipes.

A 300 metre long trench has been dug into Buckle Street.

Many pipes carrying services to homes and businesses are buried in the ground beneath Buckle Street.

These services have to be moved out of the way so the trench can be dug for the new tunnel and road;

Underneath Buckle Street is a 100 year-old sewer pipe;

The engineers are making plans in case there is an accident or car breakdown in the tunnel;

Keeping safe is important on the work site. 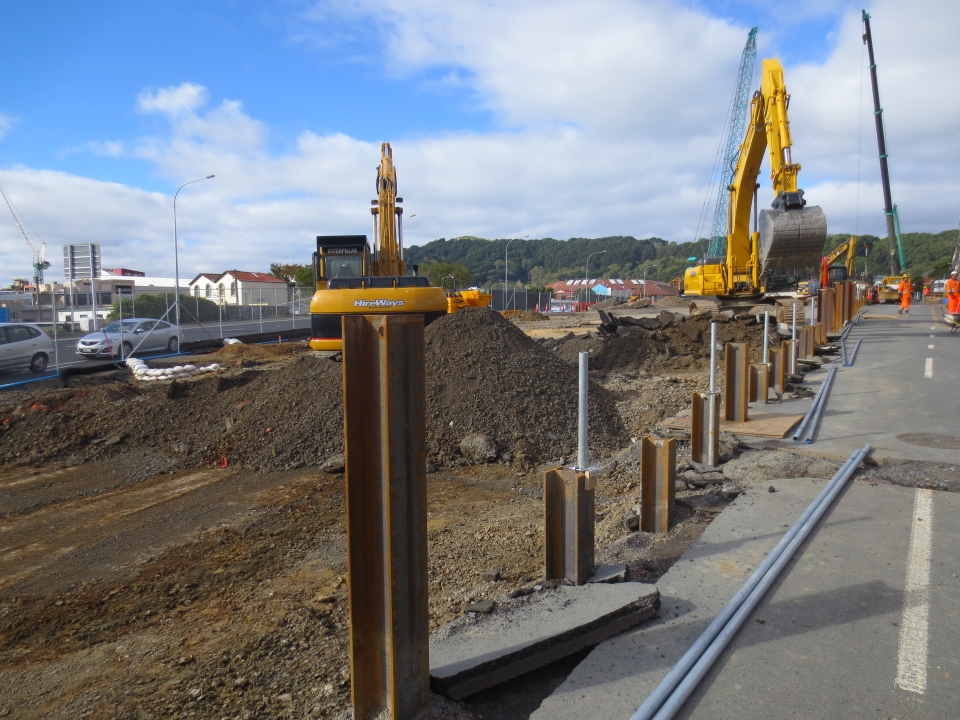 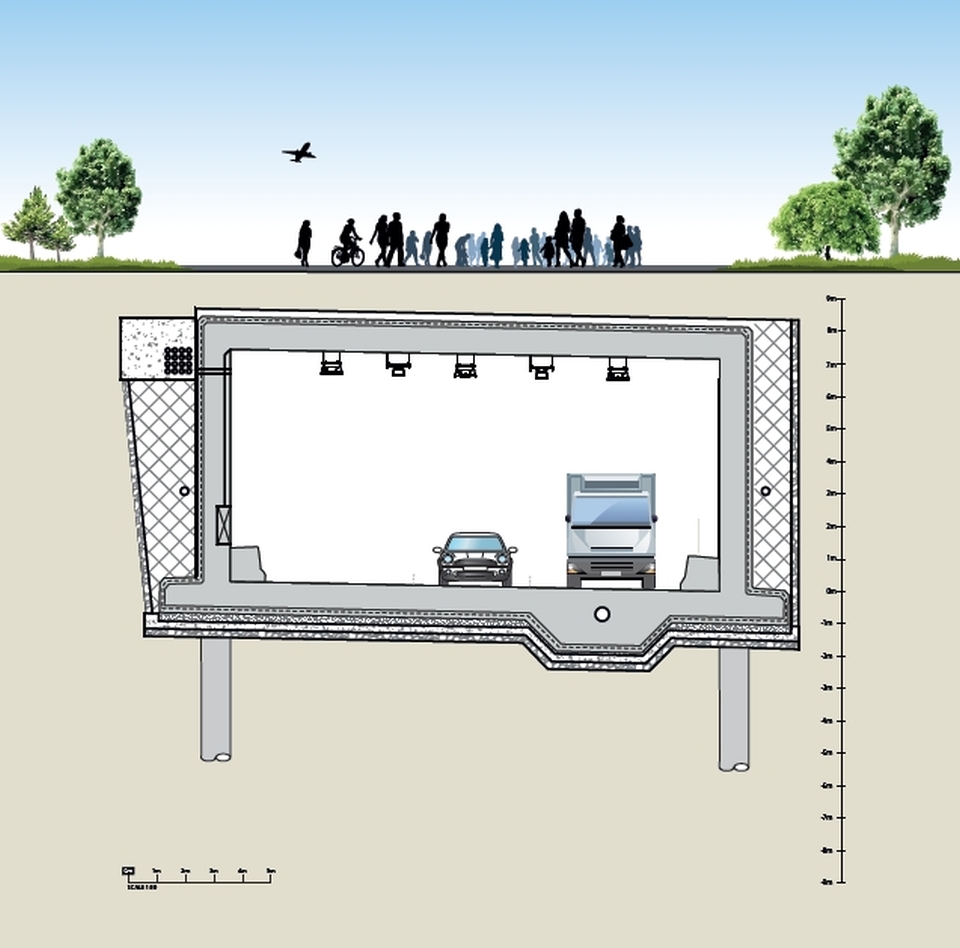 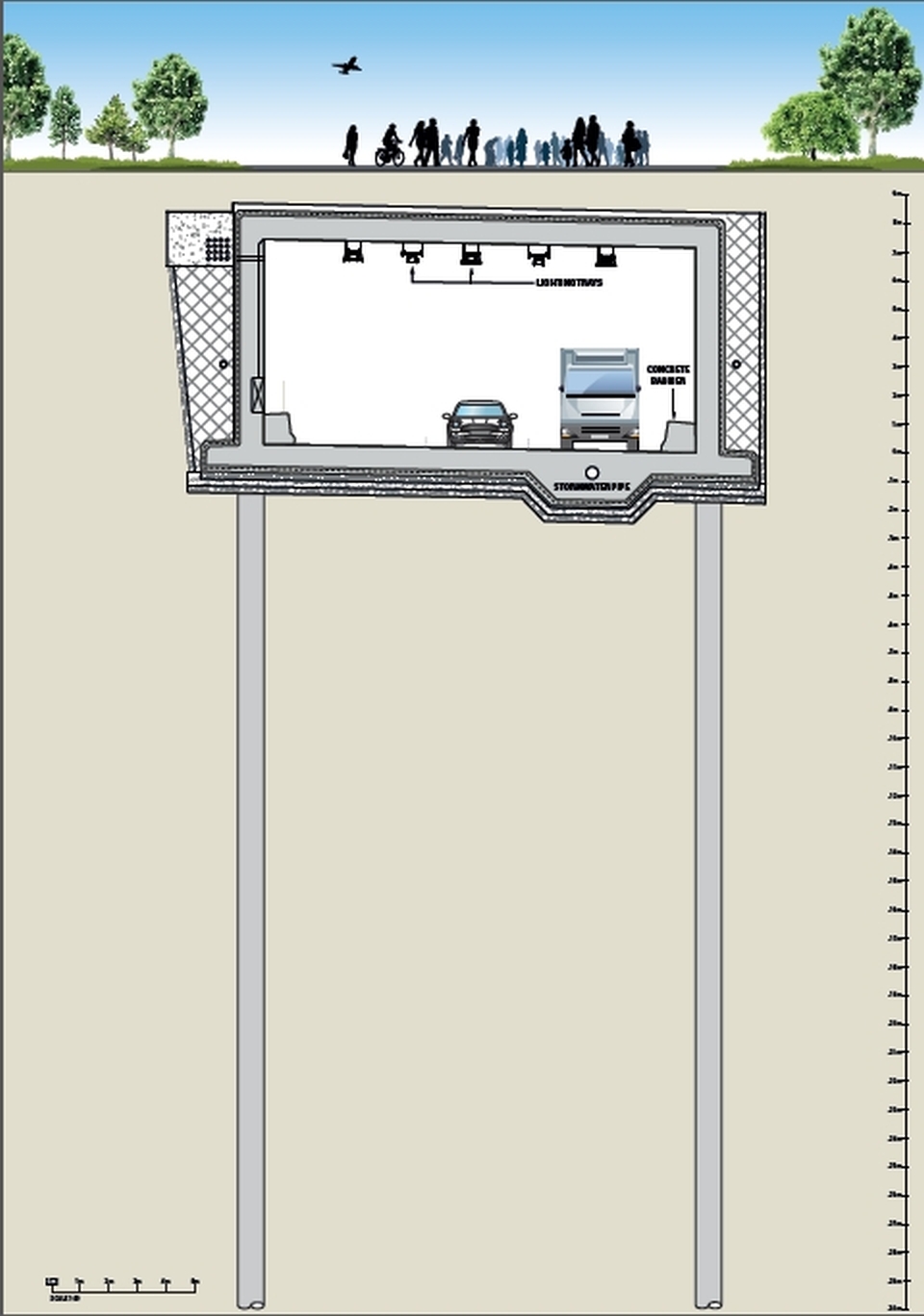 Discuss two challenges in completing Memorial Park. How were these challenges managed?