Before I get into today’s diary, if any of you are keen to follow me on Twitter this week for field trip highlights as they happen, you can do so by following @andrewpenny01 #learnztrip.

It was a lovely Spring morning in Kerikeri. It was hard to ignore the water calling as you made your way to the airport. It’s always difficult to turn your back on the Bay of Islands on days such as this. But getting the chance to check up on progress of the Memorial Park is also a great opportunity. It is certainly going to be an interesting few days.

It was a quick flight to Auckland. I don’t know what it is about the small Air New Zealand Link aeroplanes but they always put me to sleep – which is surprising because there really isn’t much room at all to stretch out and have a snooze! Nonetheless I managed a quick 30 minute nap and woke up just before touching down at Auckland Airport.

There was barely any time at all to linger at Auckland Airport – just enough for a quick cuppa and an ANZAC biscuit, which is pretty appropriate given the theme for this field trip! Pretty soon the call came out to board the next flight to Wellington. Egbert was really starting to get excited now! The A380 airbus was much larger than the previous plane and we were even lucky enough to have a whole row of seats to ourselves.

Take-off over the Manukau Harbour was smooth and you got a great view down the western coastline before the plane banked left and settled into the flight south. There wasn’t a lot to see until you were nearly at Wellington – or should I say the Middle of Middle Earth?

After picking up bags it was time to head into the city. That was a simple matter of stepping onto a bus and sitting back for the ride. That’s the handy thing about a field trip in Wellington central – the public transport is good and a lot of places are within walking distance. In fact I couldn’t help but take a quick stroll up to Buckle Street for a sneak peak at the Arras Tunnel – which you will drive through tomorrow! I also went down to the water front for a look around. Have a look at the panorama photo I took. Down at the water’s edge you could feel the wind starting to pick up with some dark clouds rolling over the hills – fingers crossed for fine weather during the field trip. 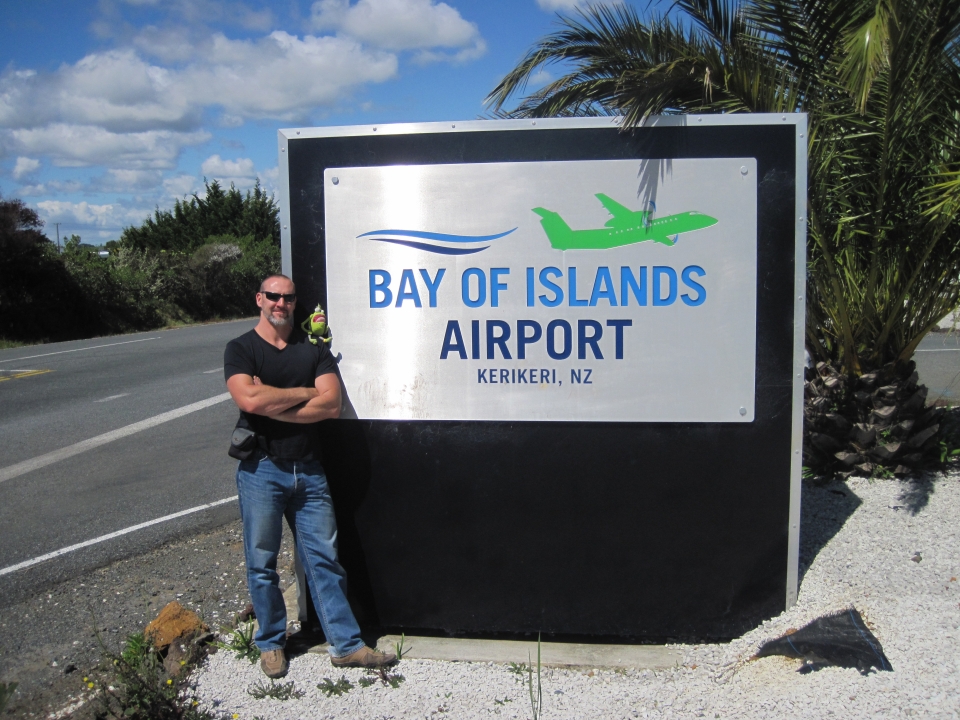 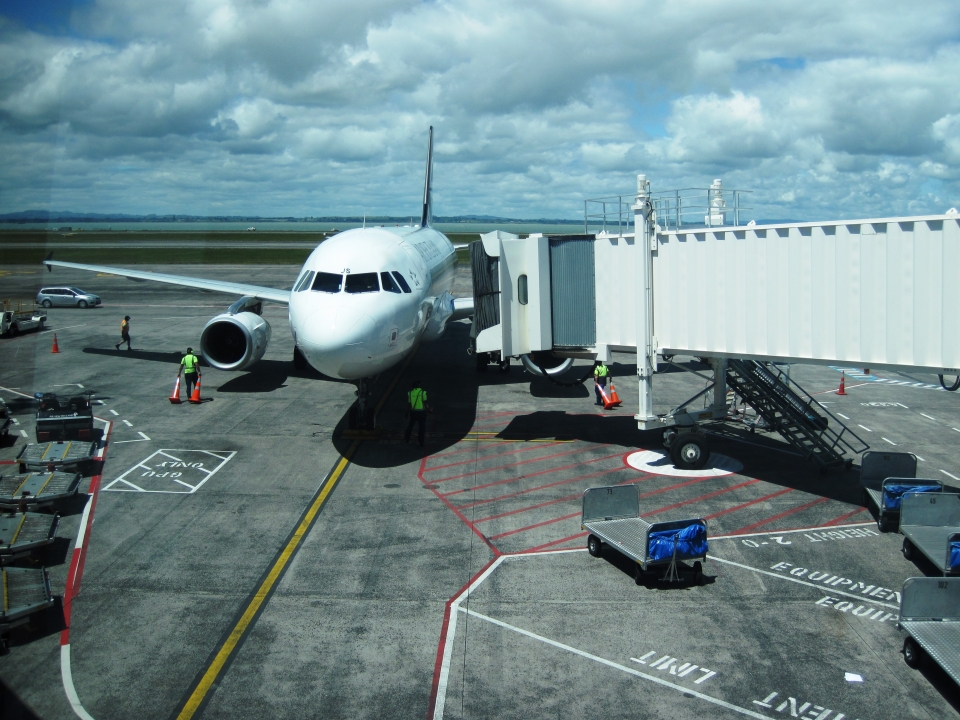 The A380 Airbus getting ready for the flight to Wellington. Image: LEARNZ. 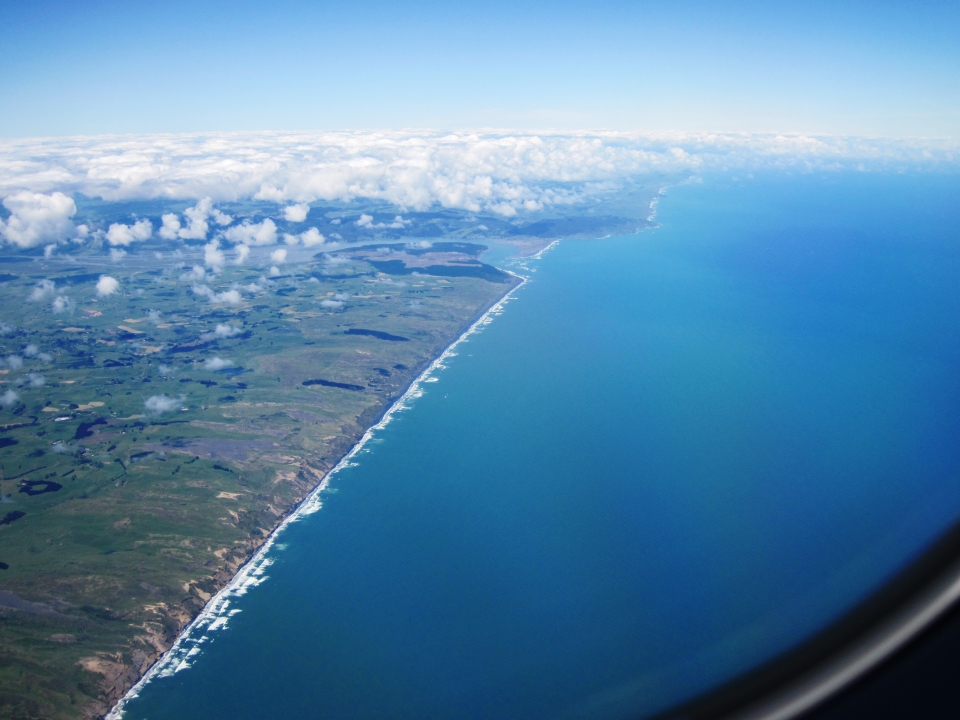 Looking down the coast towards Port Waikato. Image: LEARNZ. 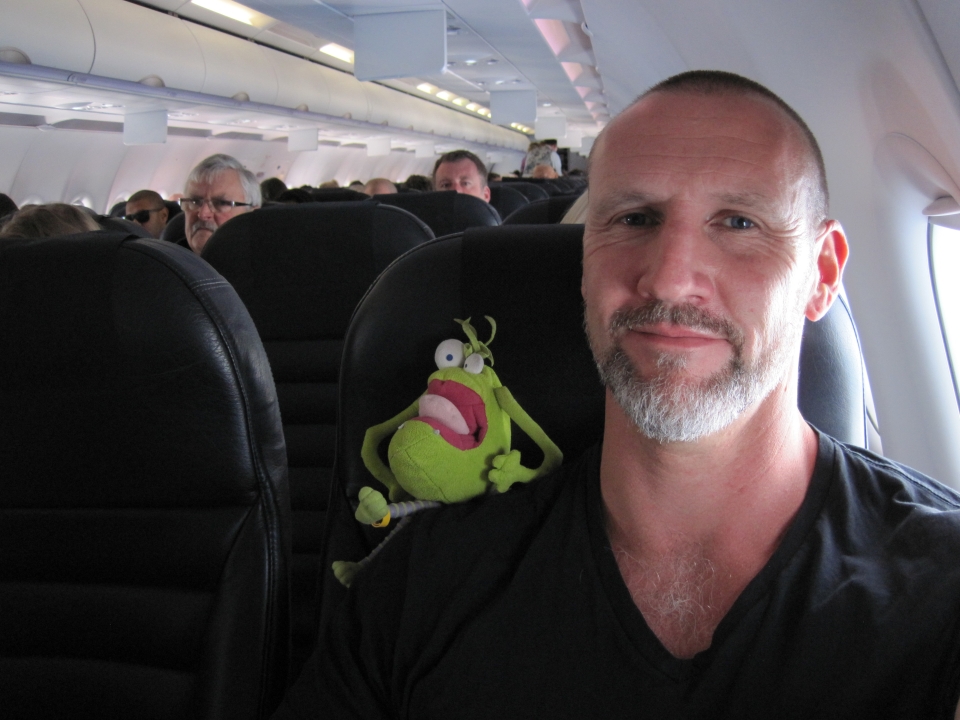 Andrew with Egbert on the flight to Wellington. Image: LEARNZ. 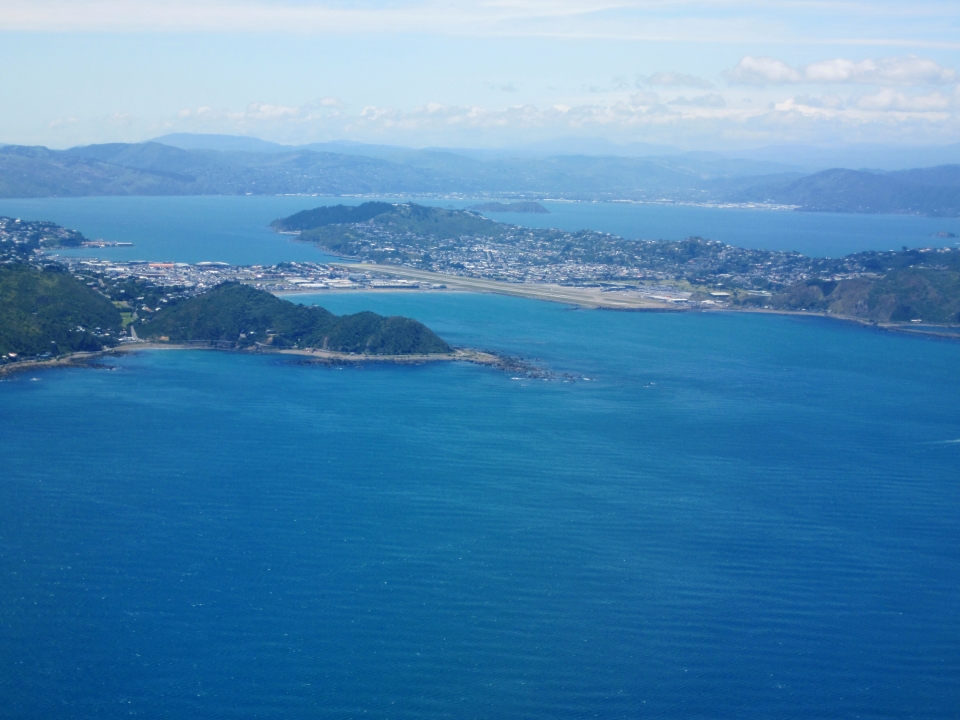 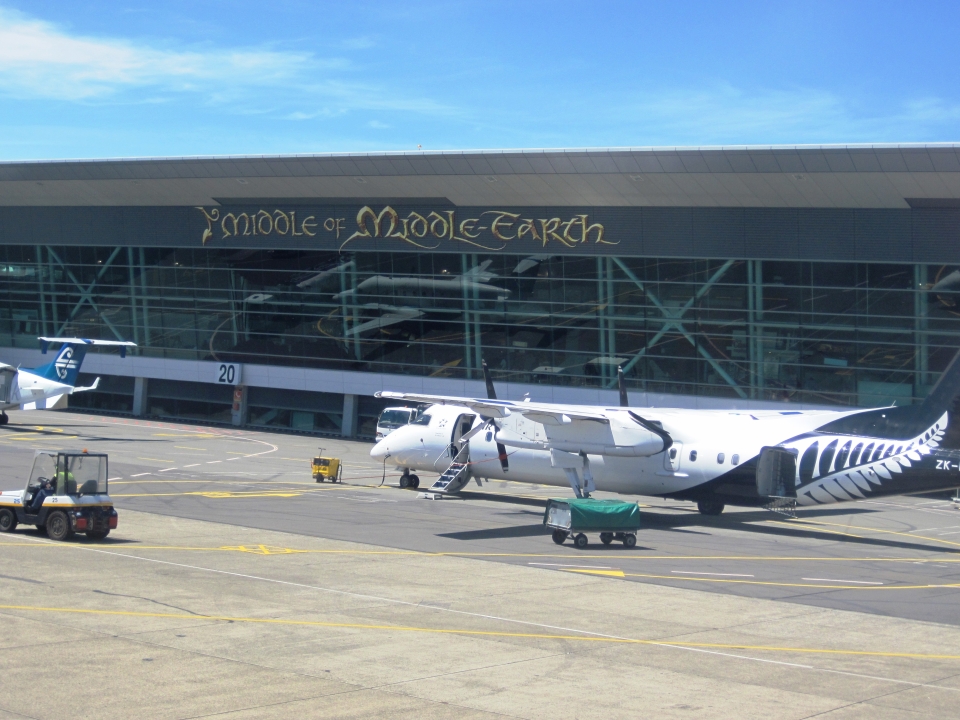 Wellington Airport, or should that be the Middle of Middle Earth? Image: LEARNZ. 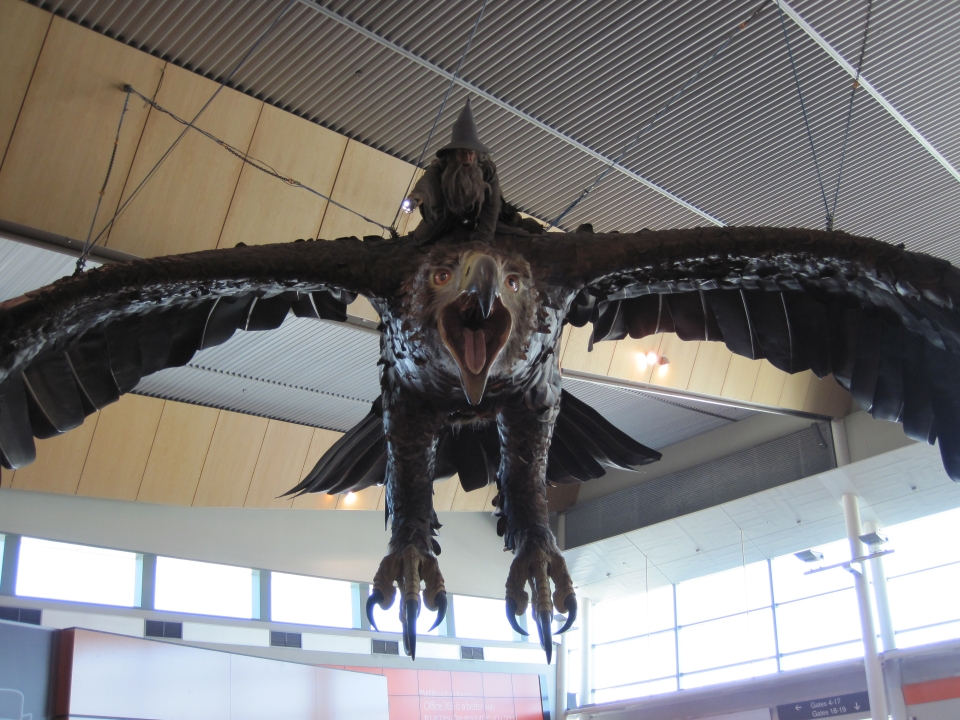 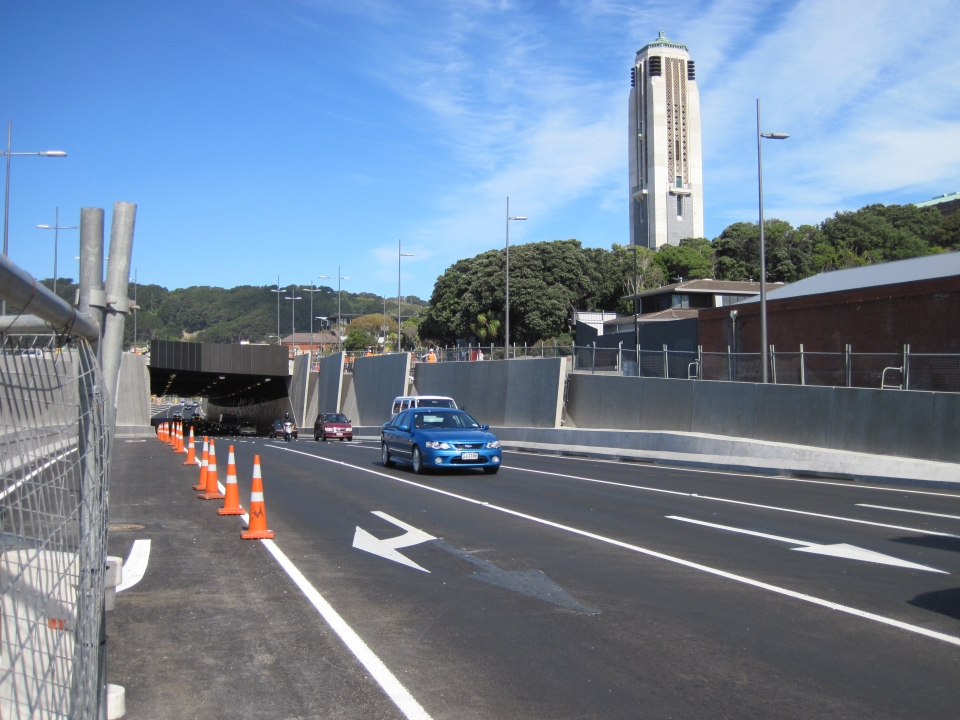 Your first look at the Arras Tunnel. What is the tall structure next to it? Image: LEARNZ. 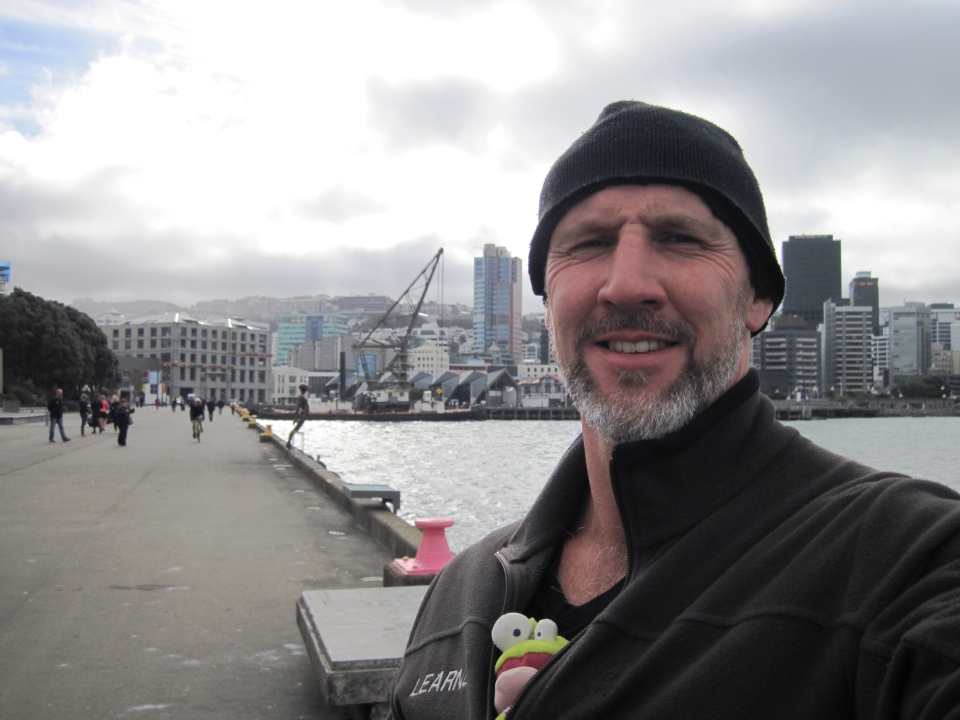 Andrew and Egbert down on the Wellington Waterfront. Image: LEARNZ.