After much anticipation and weeks of planning it was finally time to head to Iceland for the Natural Hazards field trip. The ambassadors were so excited and couldn’t wait to head offshore. To reach Iceland from Dunedin you will first have to fly to Christchurch. From here you will fly for over 27 hours on three flights via Singapore and Copenhagen.

You may be wondering why travel all the way to Iceland? Despite the distance that separates New Zealand and Iceland these two countries are surprisingly similar. Like New Zealand Iceland has been shaped by huge tectonic forces. Both island nations sit on the boundary of two tectonic plates, so volcanoes, earthquakes and landslides are common. The people of Iceland have lived with the risk of natural hazards for thousands of years, so we can learn from their experiences. Icelanders have also learned that there are many benefits to living in a geologically active place. On this field trip you will explore this spectacular land of fire and ice. You will also meet locals who have found ways to make the most of living in this ever-changing environment.

Fog smothered Christchurch airport on Monday morning and you were left nervously waiting for your plane to land. After an hour of circling off the West Coast your Singapore Airlines plane was finally able to land. Travellers cheered as they watched the plane land. The ambassadors were grateful to board the plane and begin the long journey to Iceland. Long haul travelling is never much fun. Lots of people crammed into a small space for hours on end can be uncomfortable and exhausting. Luckily the 11-hour flight to Singapore went surprisingly quickly. You crossed the snowy peaks of the Southern Alps and left the shores of Aotearoa behind. After a few hours you looked out over Australia. Huge areas of flat, brown landscape took hours to cross. It made me realise just how small New Zealand is. You may have glimpsed volcanoes as you headed over parts of Indonesia, another tectonically active country.

You landed in Singapore at 6pm local time and had a few hours to explore this massive airport. It was easy to get lost amongst all the shops but you eventually made it to the correct gate, ready to board your flight to Copenhagen. Before long the drone of the engines sent you to sleep. You woke blurry eyed as breakfast was served and watched the red glow of the horizon turn yellow as the sun came up. On the descent into Copenhagen you could see twenty wind turbines off the coast. It made me wonder if we could do this in New Zealand to make the most of our windswept coast.

The last stage of the journey involved a three-hour flight with Scandinavian Air to Reykjavik. It was raining and cloud hung low over the hills but you could still see huge lava fields as you approached the airport near Reykjavik. Reykjavik is the capital of Iceland and the largest city. It is a similar in size to my hometown of Dunedin. With 120,000 people and no big sky scrapers the city felt welcoming. It was so exciting to leave the aircraft and head into the city to find our accommodation. Iceland is not a big place and you can drive around the whole island in a long day. On this trip you have rented a car to allow you to explore as much of the island as you can in only one week. Iceland is 12 hours behind New Zealand, so you were exhausted by the time you found your accommodation. It was mid-morning and you had to resist the temptation to sleep so you could begin to adjust to the new time-zone.

Navigating in a new land

You spent the rest of the day wandering around the city and saw some of the interesting buildings, including the impressive, towering Hallgrímskirkja church. The mix of old and new buildings gave the city character and made me want to find out more about this country’s history. It was difficult at times finding your way around as all the signs were in Icelandic. One major challenge on this field trip will be pronouncing Icelandic words. The language is full of unfamiliar combinations of vowels, but Icelanders encourage foreigners to give it a go! For fun you could try this Icelandic karaoke and sing the a-ö of Iceland in a musical journey across the country.

It has been a huge journey and I’m looking forward to a long sleep before exploring more of this amazing country. Shelley and the ambassadors arrive at Dunedin Airport ready to head to Christchurch to begin the long journey to Iceland. Image: LEARNZ. 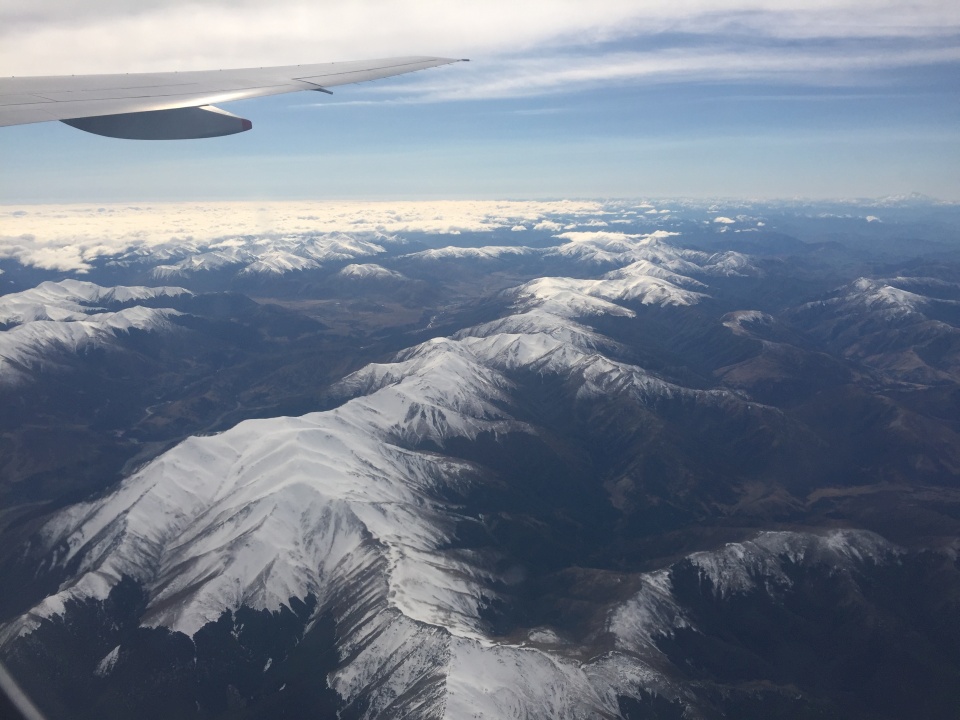 You crossed the Southern Alps as you headed north west towards Singapore. Image: LEARNZ. 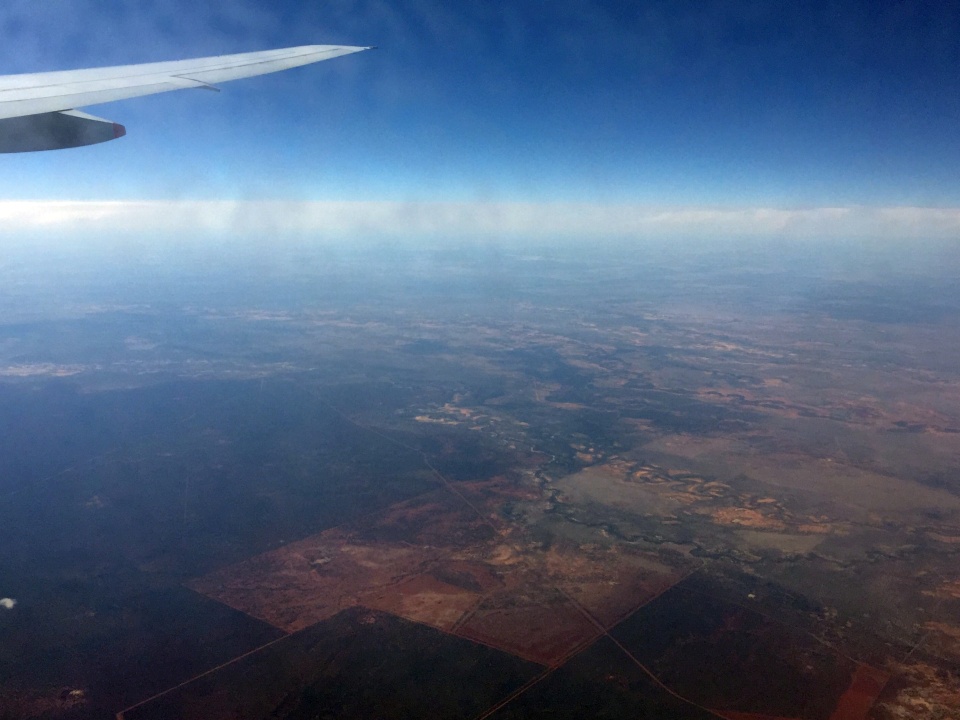 It took hours to cross Australia and most of the land looked flat and barren. Image: LEARNZ. 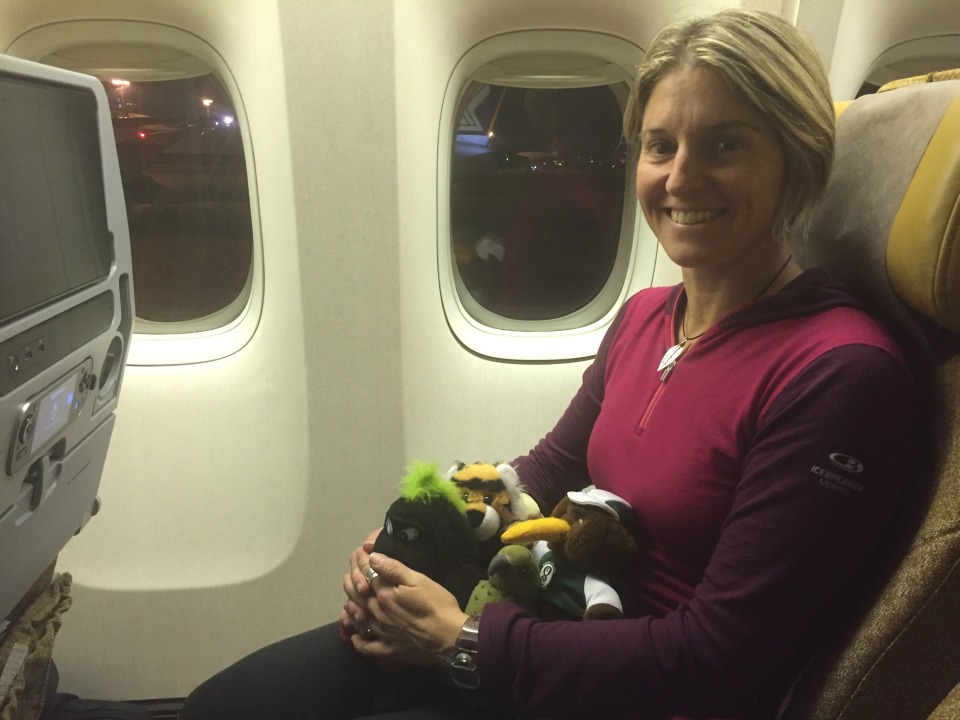 Shelley and the ambassadors are happy to be on the final approach into Singapore. Image: LEARNZ. 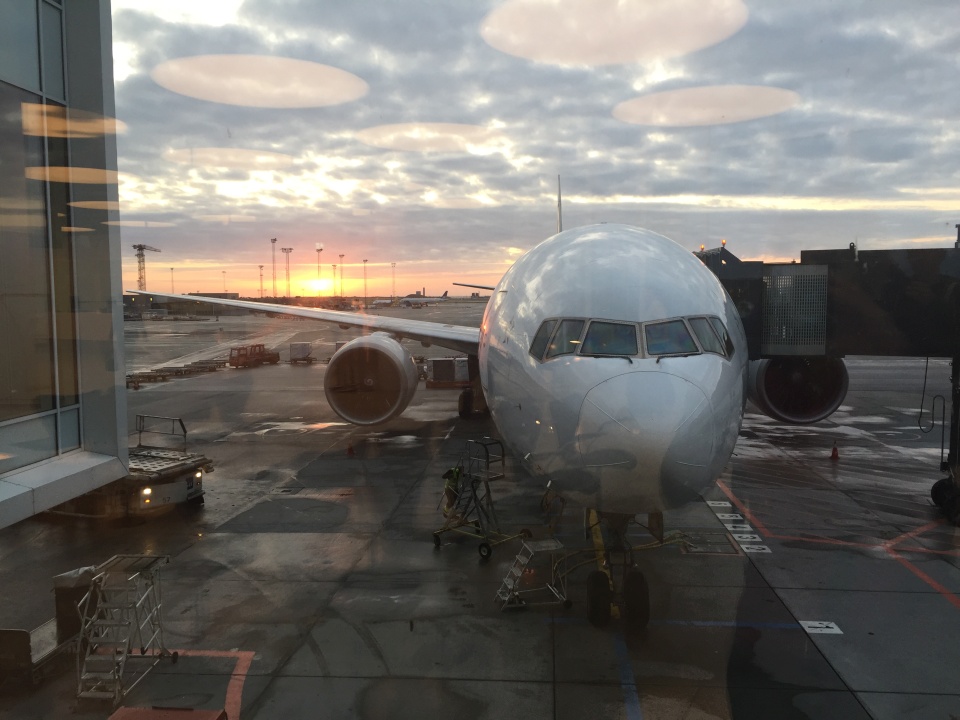 You could see the sun setting from the airport in Singapore. Image: LEARNZ. 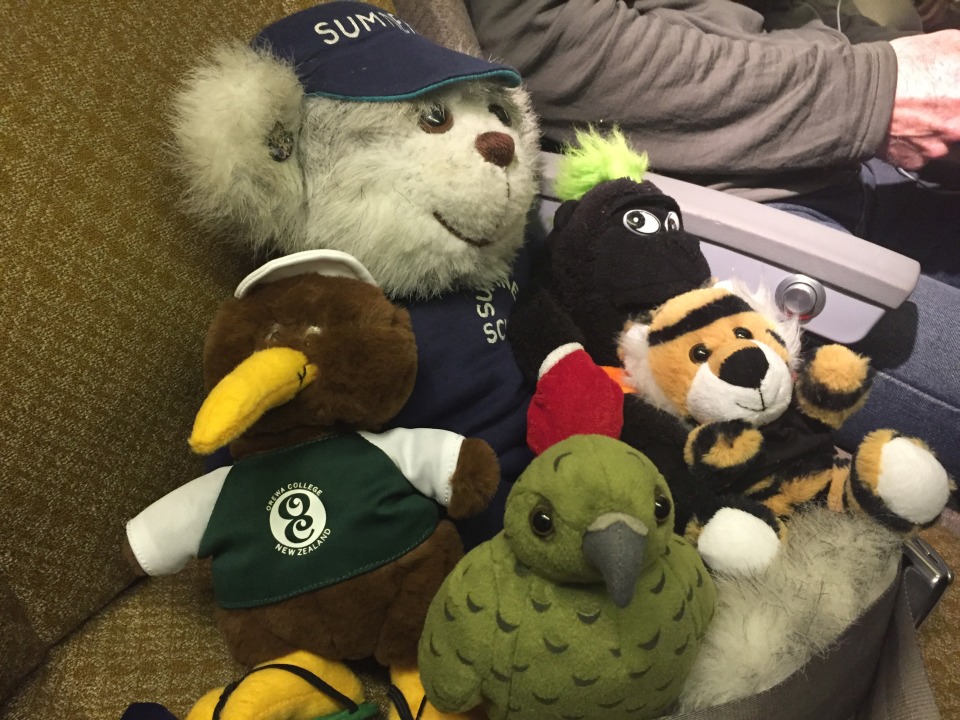 The ambassadors settle in for another long flight from Singapore to Copenhagen. Image: LEARNZ. 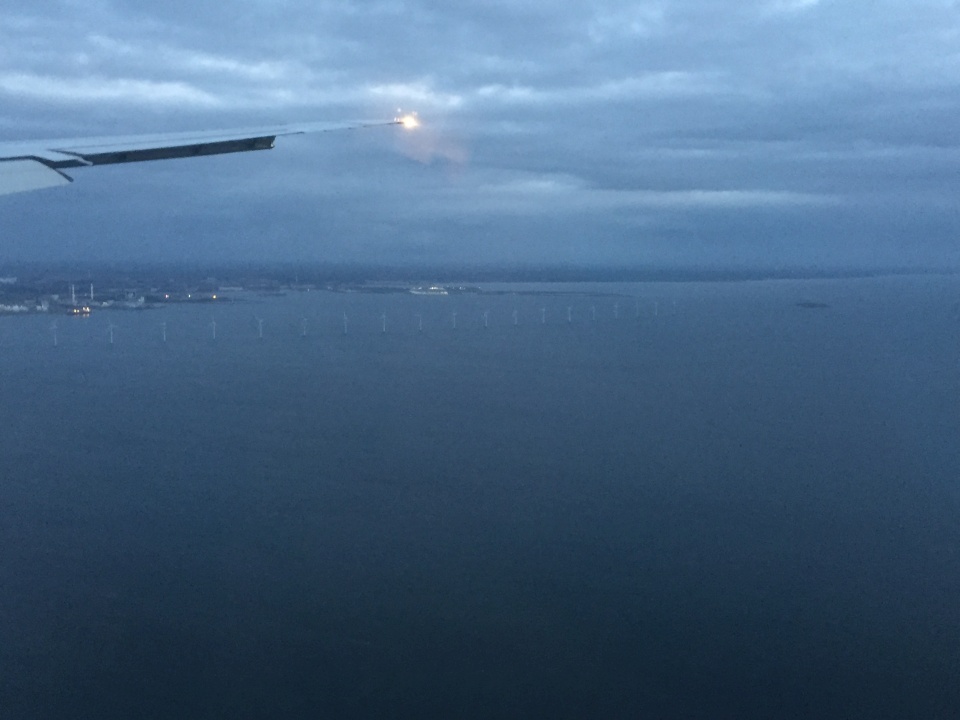 It was dark for most of the flight to Copenhagen. In the pale, early morning light you could see a line of twenty wind turbines lined up off the coast of Copenhagen. Image: LEARNZ. 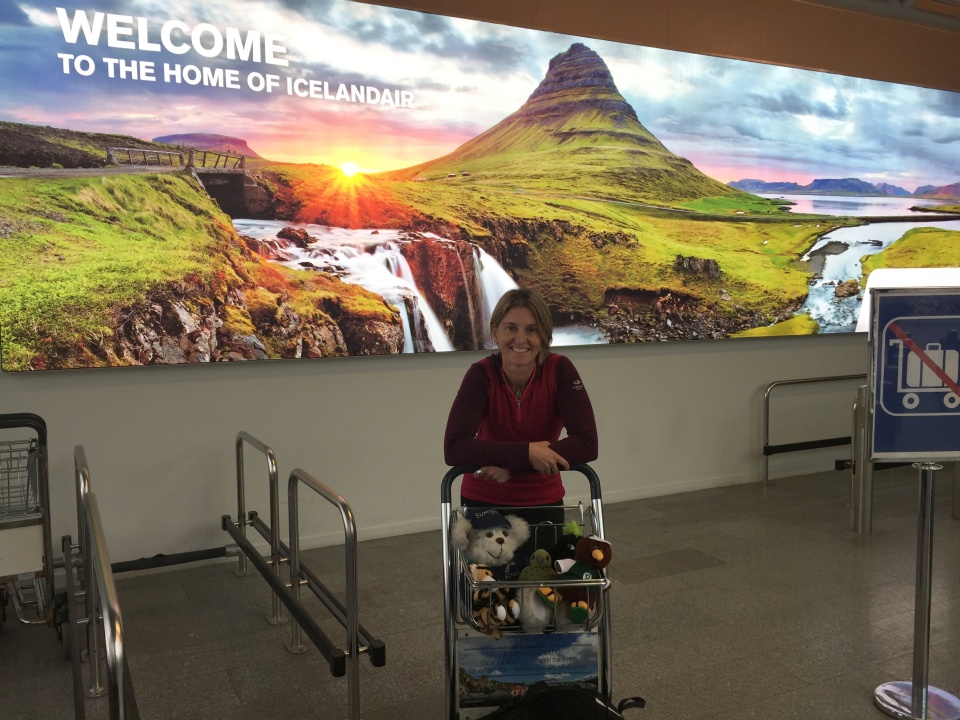 Shelley and the ambassadors celebrate arriving in Iceland after a three hour flight from Copenhagen to Iceland. Image: LEARNZ. Between the airport and Reykjavik you could see huge lava fields. Can you find out when this lava erupted? Image: LEARNZ. 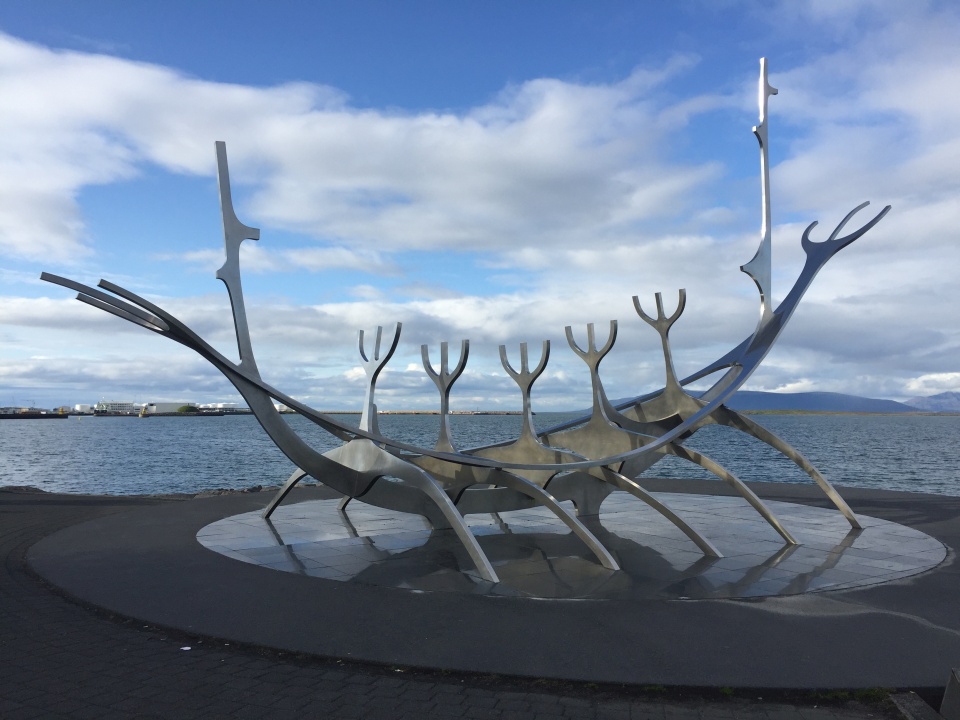 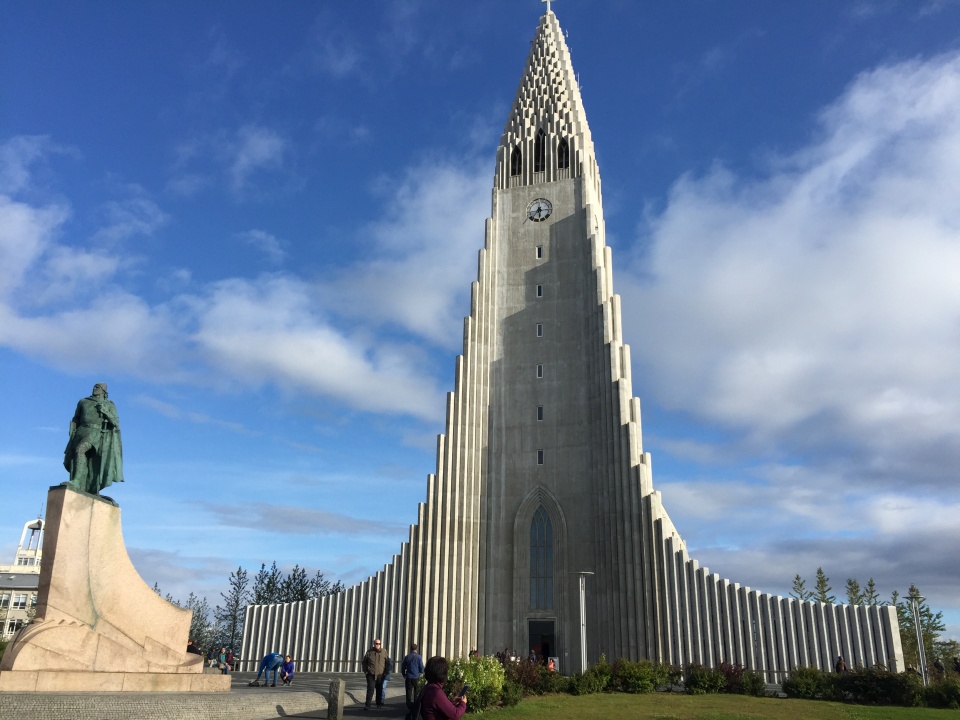 You had some time to wander around parts of Reykyavik and enjoy spectacular sights such as the Hallgrímskirkja church. Image: LEARNZ.