The 2016 earthquake struck at 2 minutes after midnight on 14 November 2016. It caused a lot of damage and land movement in the area from Hurunui, through Kaikōura and Marlborough to Wellington.

This was a complex earthquake. It included 12 major faults and at least nine lesser faults. The first rupture started on a fault near Waiau and Rotherham. Ruptures then jumped from fault to fault. The ruptures travelled 170 kilometres along the South Island’s north-east coast. Energy from the earthquake was released for nearly 2 minutes. Scientists recorded more than 16,000 aftershocks in the 6 months after the earthquake.

The earthquake caused a lot of damage which has disrupted the lives of many. There have been different effects for small rural communities compared to the larger towns like Kaikōura.

There were two deaths, and many people were injured. Luckily the earthquake struck when popular tourist destinations were empty at the time.

Homes were damaged, and some businesses closed. Farms were left with land damage and reduced access to markets for their goods (see Communities Adapting to Change). Farms in Hurunui had land damage from the earthquake on top of damage from years of drought. Communities lost trade from passing traffic and tourists.

State Highway 1 and the railway between Picton and Christchurch were badly damaged. Coastal uplift changed the coastline and the seafloor. Buildings in Wellington and Lower Hutt were also damaged. A number of these were demolished.

Near Kaikōura there was a 2.5 metre drop in water level 25 minutes after the earthquake. This suggested a possible tsunami. The water level then rose about 4 metres from its lowest point. A series of waves continued for several hours.

In Little Pigeon Bay on Banks Peninsula, the tsunami wave flooded a cottage causing a large amount of damage.

The earthquake produced more than 10,000 landslides. They caused major damage and disruption to a large area. Many debris dams were also created. Heavy rains and erosion over time caused many of the dams to break. 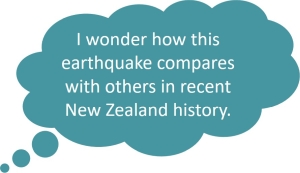 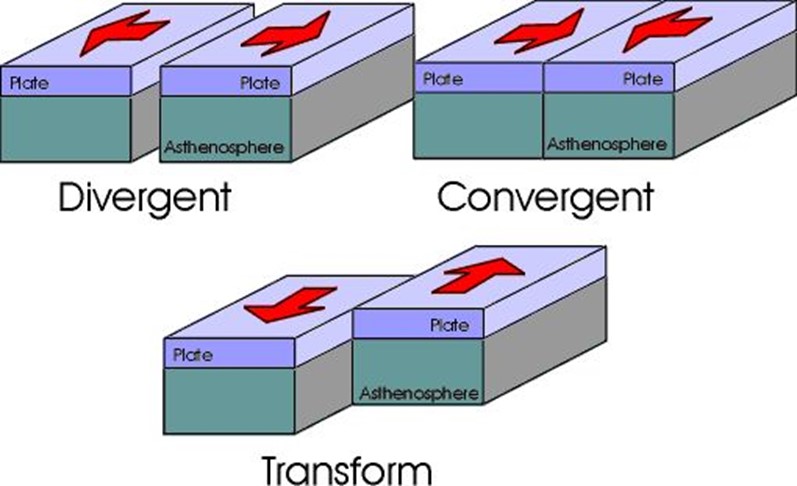 The November 2016 earthquake occurred on the tectonic plate boundary between the Australian and Pacific plates. This area has created the Southern Alps and the Kaikōura Ranges.

The regions of Hurunui, Kaikōura and Marlborough get sideways movement and plates pushing up against each other. This makes it a very seismically active area. 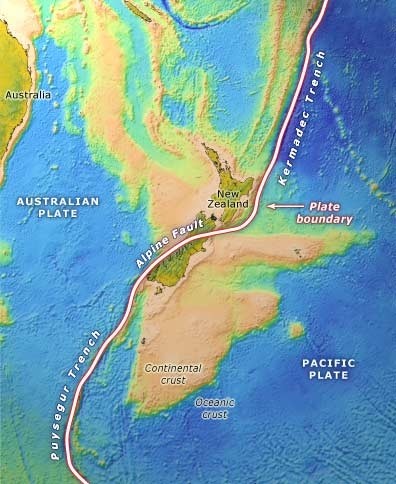 The two tectonic plates of the Australian and Pacific plates push past each other along the Alpine Fault. Image: GNS Science.

Moving the land in many directions

Ground shaking from this earthquake was the strongest ever recorded in New Zealand. Parts of the landscape changed a lot. GNS Science reports that the earthquake: 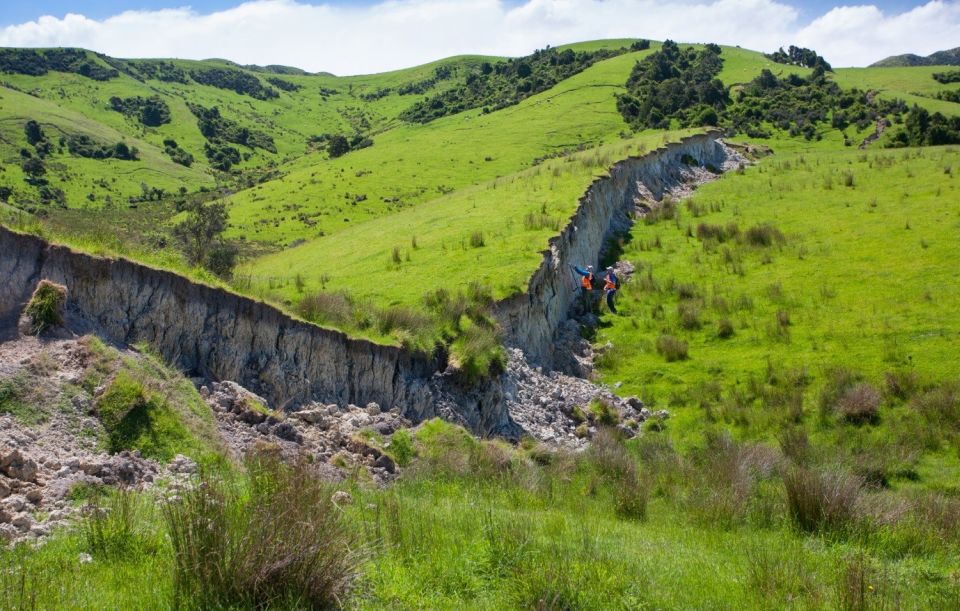 The “Wall of Waiau” is one of many sections of fault scarps formed along faults as part of the Kaikōura Earthquake. The fault scarp here is part of the Leader fault and is 3.5 metres high. Image: K Pedley, University of Canterbury. 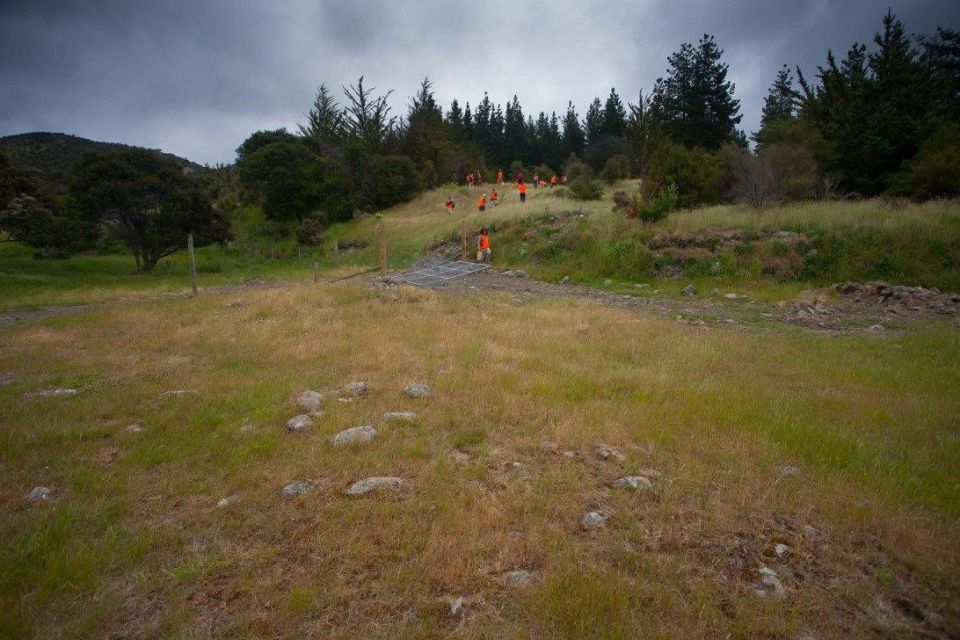 Uplift along the Papatea fault moved up to 8 m vertically. This large “hill” in the Clarence River valley was created by the uplift. It used to be flat land. Image: K Pedley, University of Canterbury. 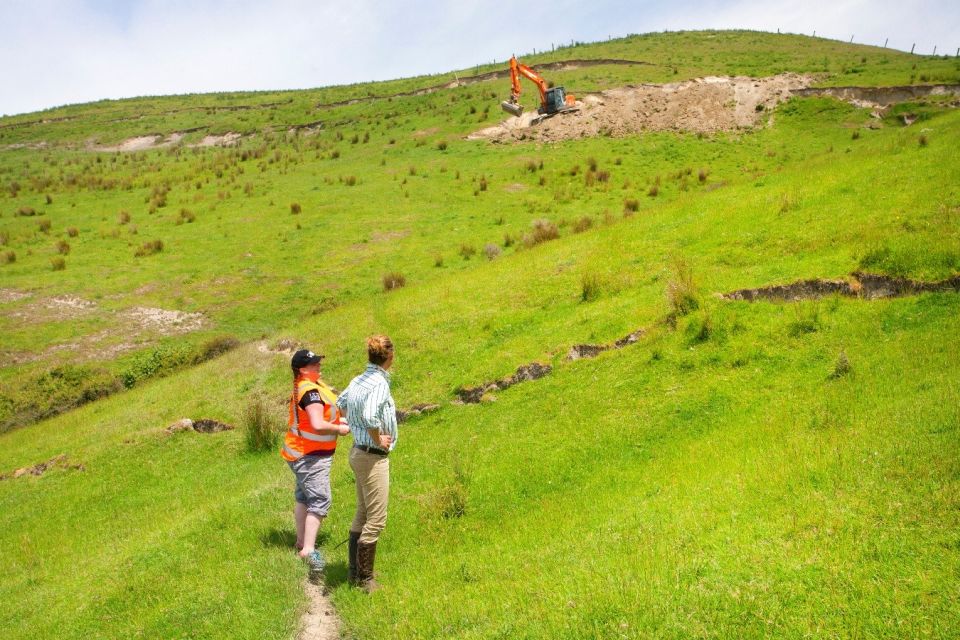 A landowner watches a digger repairing a farm road and water pipes across a fault rupture in the Waiau region. Image: K Pedley, University of Canterbury. 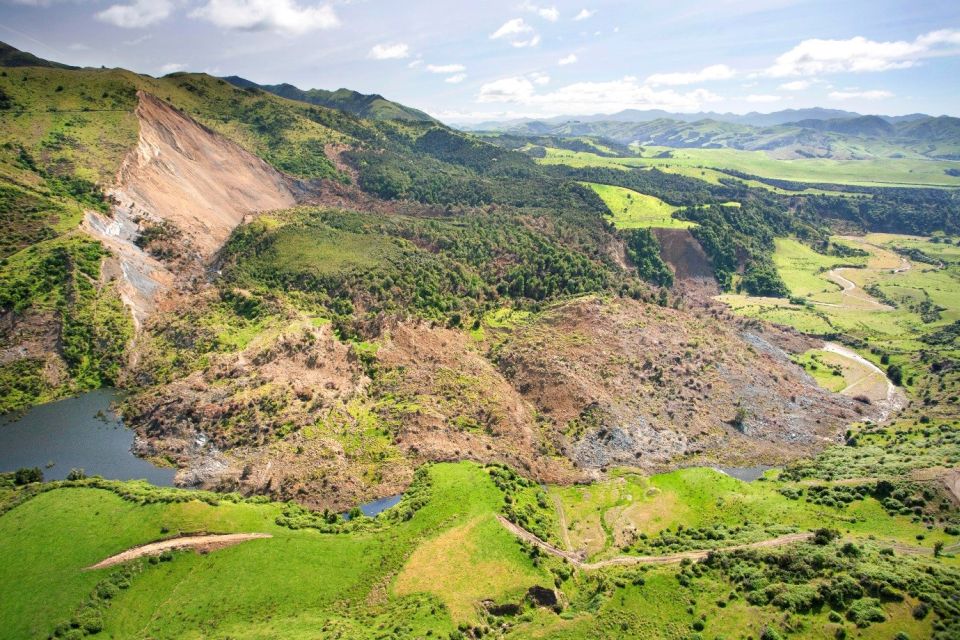 The Leader River landslide dam, forming Lake Rebekah, contains over six million cubic metres of material. It was one of the 8 largest landslide dams triggered by the earthquake. Image: K Pedley, University of Canterbury. 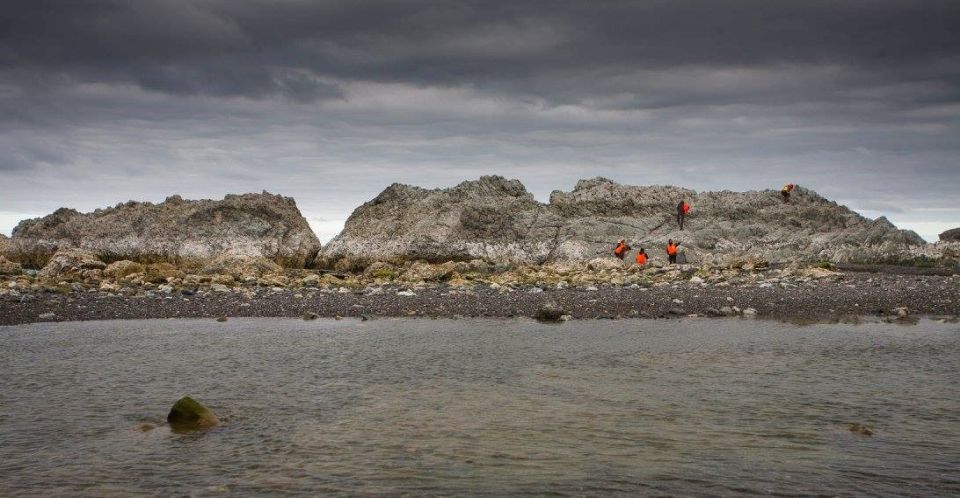