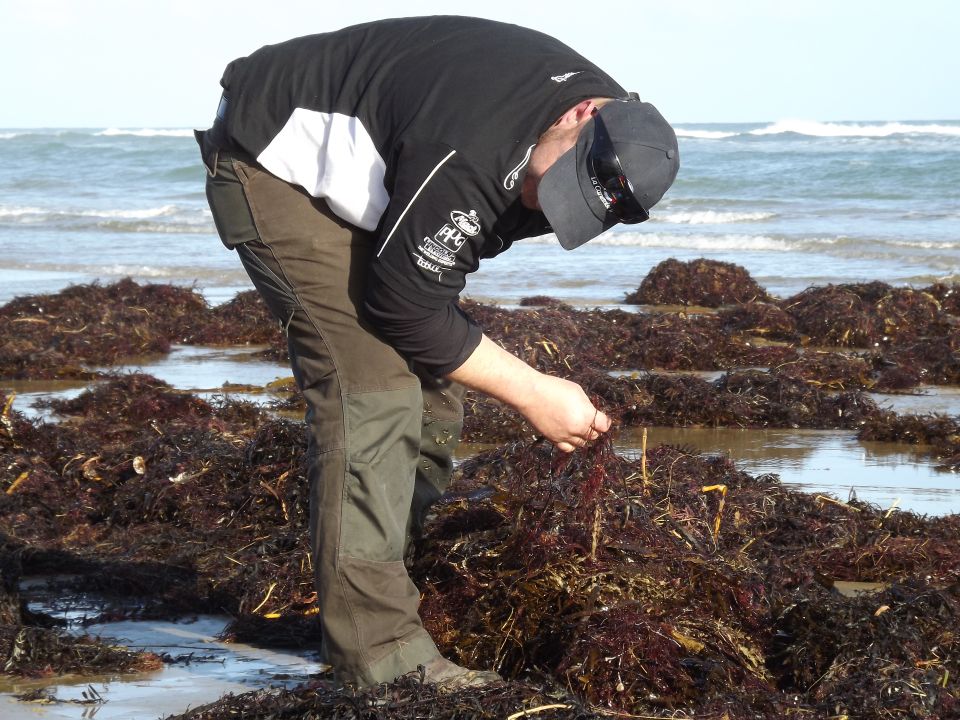 People have been eating and using seaweed for thousands of years, and it is still an important food source today. It also has many other uses in the food and cosmetic industry.

People have eaten seaweeds for tens of thousands of years. Today, the diets of billions of people, especially in Asia, include seaweeds.

Māori use a few species of red and green seaweed as food. Karengo is the most commonly eaten seaweed. Karengo was an important supplement to the winter diet of Māori because of its high nutritional value – it is up to 30% protein, and rich in vitamins and iodine. Māori pulled karengo from tidal rocks in winter and spring and usually air-dried it before use, later it could be boiled or fried in fat.

The southern Māori tribe Ngāi Tahu has various uses for bull kelp, or rimurapa. They use the narrow stalk, which connects the holdfast to the blade, to make a flute. They roast and chew the blade, and wide blades are used as bags for preserving food.

Māori make bags called pōhā by splitting open the blades and inflating them. They make these bags in summer. They hang up inflated blades to dry for several days, then deflate and roll them up.

In autumn, the bags are taken to the islands around Rakiura/Stewart Island, where tītī or mutton-birds are caught. They fill the bags with tītī chicks and an average-sized pōhā can hold up to 50 birds. When the bag is full, hot fat is poured over the birds and the top tied off to keep air out. Birds can be preserved for up to six years. 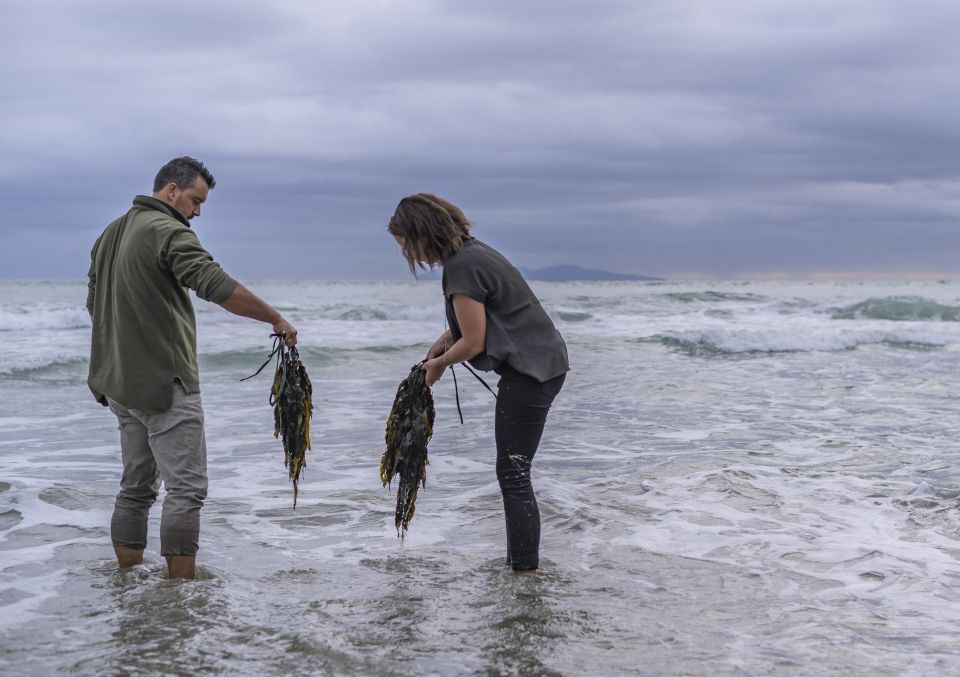 Agar can can be extracted from some red seaweeds, it is a jelly used to grow bacteria and to preserve food. New Zealand agar is of high quality and has been produced and sold since 1943. Today most of the seaweed is collected from south Wairarapa and then sent to Ōpōtiki where the agar is extracted.

Two other jelly-forming thickeners come from seaweeds called carrageenans and alginates. These are used in cosmetics and food.

Seaweed can have baby mussels known as spat growing on it. If this seaweed is collected the spat can be taken to mussel farms. Seaweed can also be used to make animal feed and fertilisers.

Carrageenans are used in the food industry in syrups, custards, chocolates and yogurts. They also appear in shampoos, toothpastes and body lotions.

Alginates are used to make water-based products creamier. They are added to ice cream and other dairy products to stop ice crystals forming. Alginates are also used in dentistry and in the paper and textile industries for coatings and dyeing. 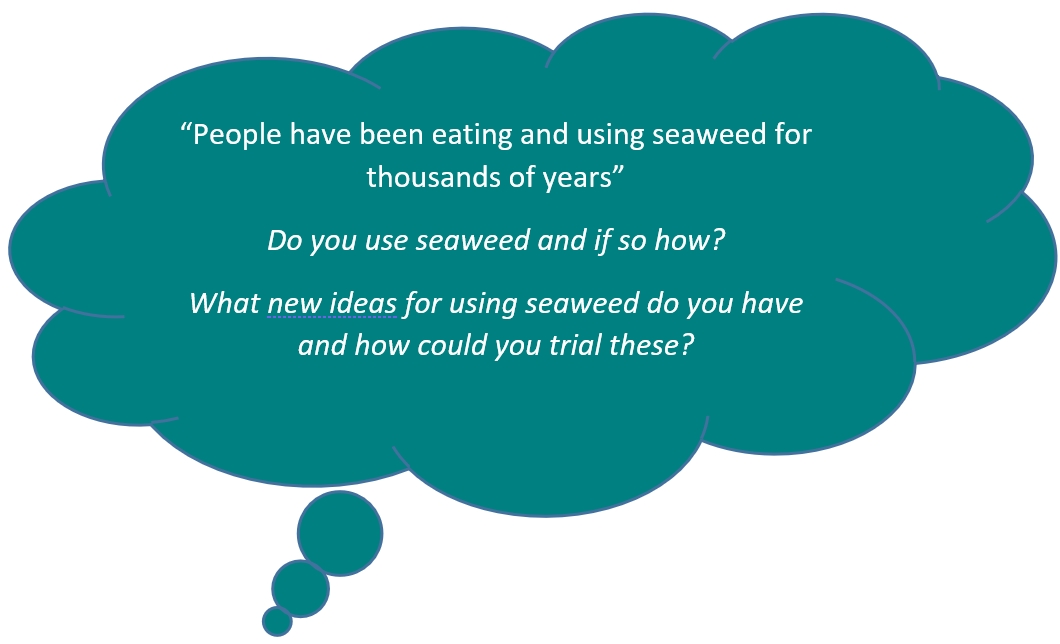 New Zealand does not produce its own carrageenans and alginates.

Karengo has been harvested from the 1980s and is processed into a food seasoning.

Washed-up seaweed that is covered in mussel spat is collected from Te Oneroa-a-Tōhē/Ninety Mile Beach in Northland and sent to mussel farms around the country. The spat are transferred to ropes in mussel farms to grow and later be harvested.

Complete the Seaweed and People quiz.


Next »
Future use of seaweed