Water as a Precious Resource | LEARNZ
Skip to main content

Water as a Precious Resource

All living things need water. Water is a limited resource and needs to be managed well.

We can’t live without water. If you look at a map of the world you will see that much of our Earth is covered in water. Most of our water is sea water.  There is freshwater in ponds, lakes, streams and rivers. Freshwater is also found under the ground and as vapor in the air. Clouds form from this vapor and water falls back down to Earth as rain, sleet, snow or hail.

There is a lot of water all around us but most of this is not freshwater. Sea water has too much salt in it for us to drink. Most of the water that falls back to Earth becomes runoff. It travels some distance over land before making its way back to the sea. As it travels over the land, the water picks up salts and minerals from the rocks and soil and washes them into the ocean where it has built up over many years. That is why ocean water is so salty.

Approximately 97% of Earth’s water is salt water. That leaves only about 3% that is freshwater for meeting the needs of people, plants and animals.

We can only use about a third of this freshwater. The rest is frozen solid in glaciers, in the snow on high mountaintops and in the polar ice caps.

The freshwater we use comes from surface water and groundwater. Surface water is water we can see in ponds, rivers, lakes and streams. Groundwater is water that seeps down into the ground and collects in the spaces between rocks and soil underground.

It is important to protect our water supplies from pollution. Once the water becomes polluted, it can be hard or even impossible to clean.

Plants and animals also rely on freshwater. Streams, rivers and lakes are home to many types of aquatic plants, fish, insects and birds. Some of these organisms need very pure freshwater. 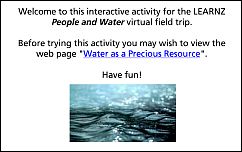 Do you think we will we ever run out of water? 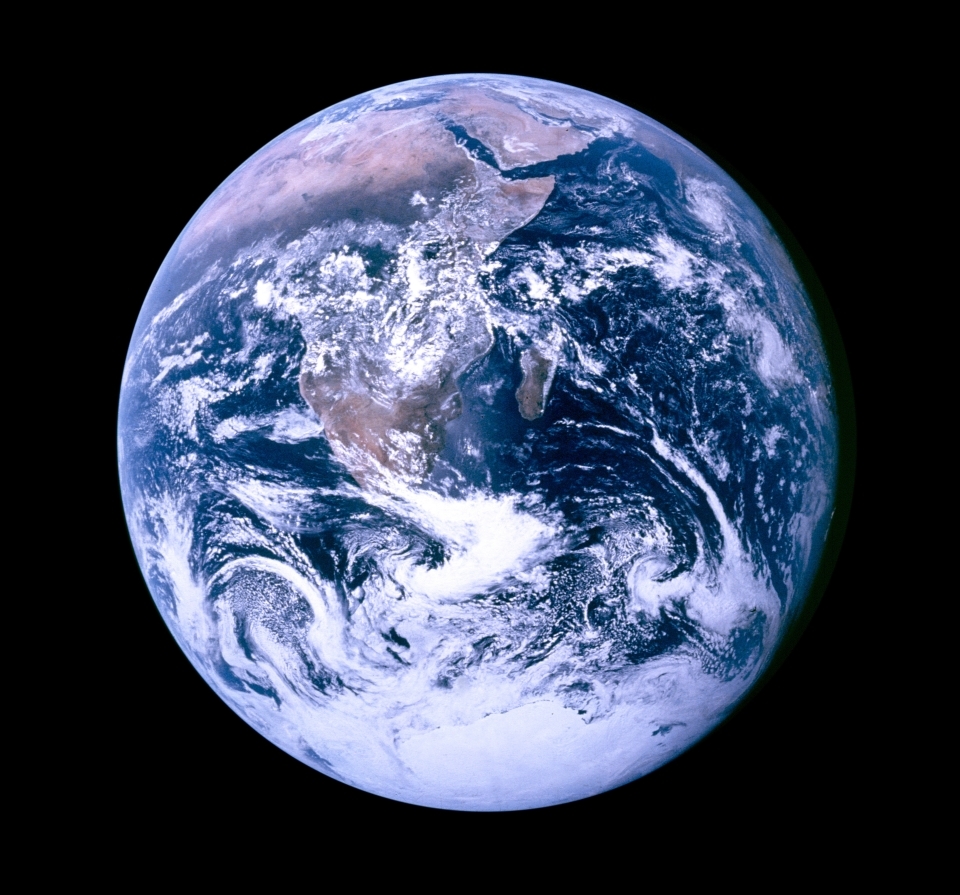 Nearly three quarters of the Earth's surface is water so it is often called the Blue Planet. Image: NASA: Harrison Schmitt & Ron Evans. 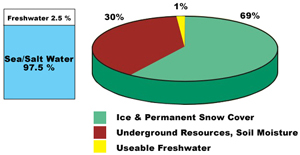 What proportion of Earth's water is drinkable? Image: UNESCO. 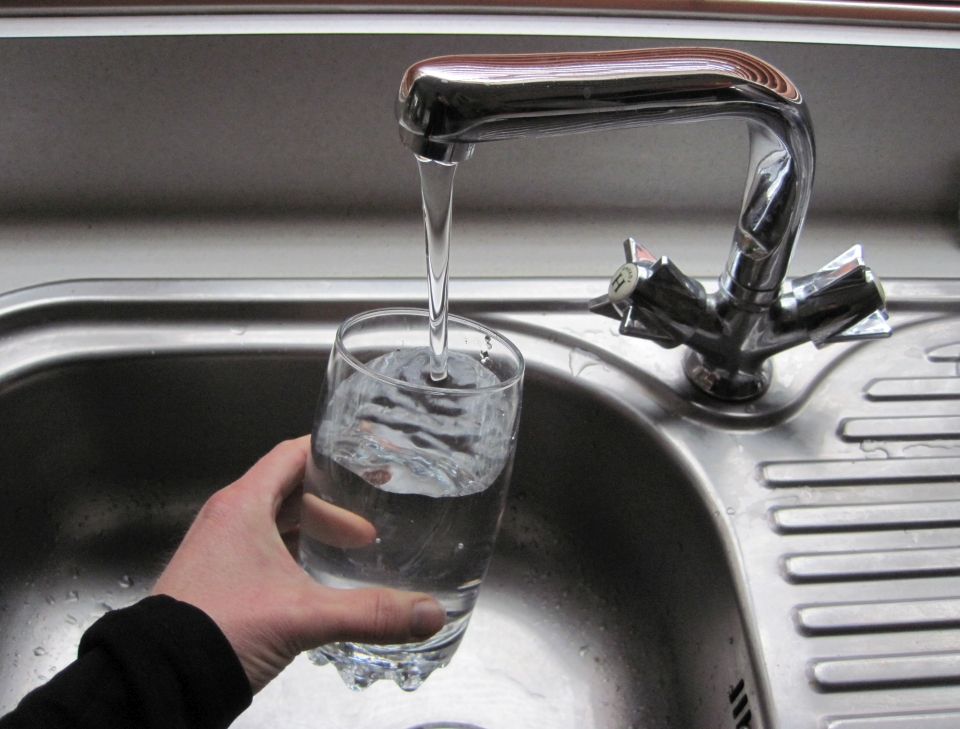 Only a very small proportion of the Earth's water is drinkable. Why is this? Image: LEARNZ. 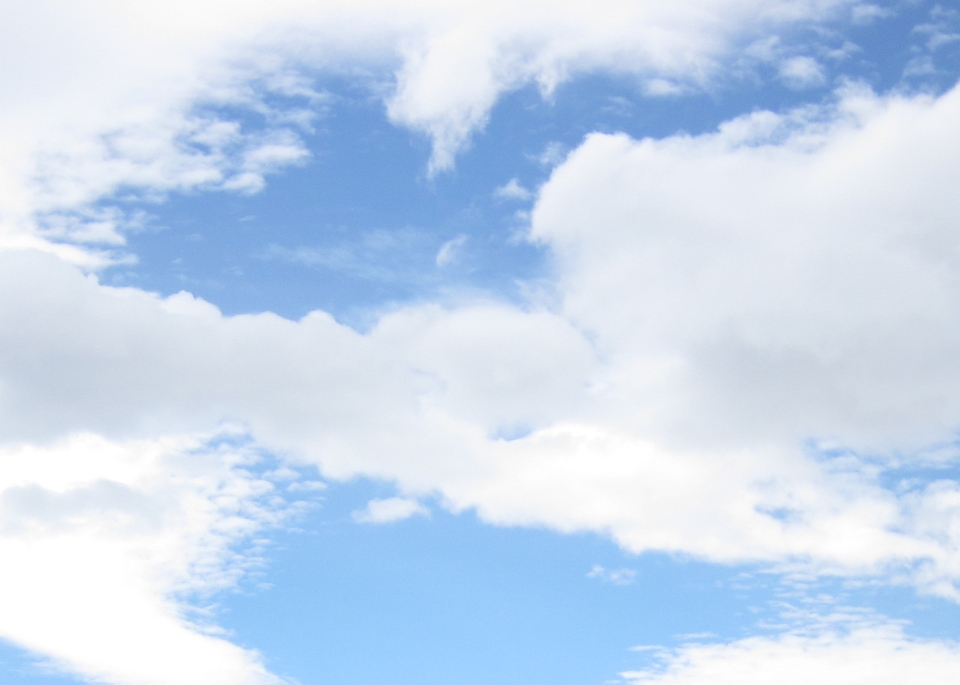 Water vapour is invisible and can only be seen when it cools and condenses into clouds or water droplets on cold surfaces. Image: LEARNZ 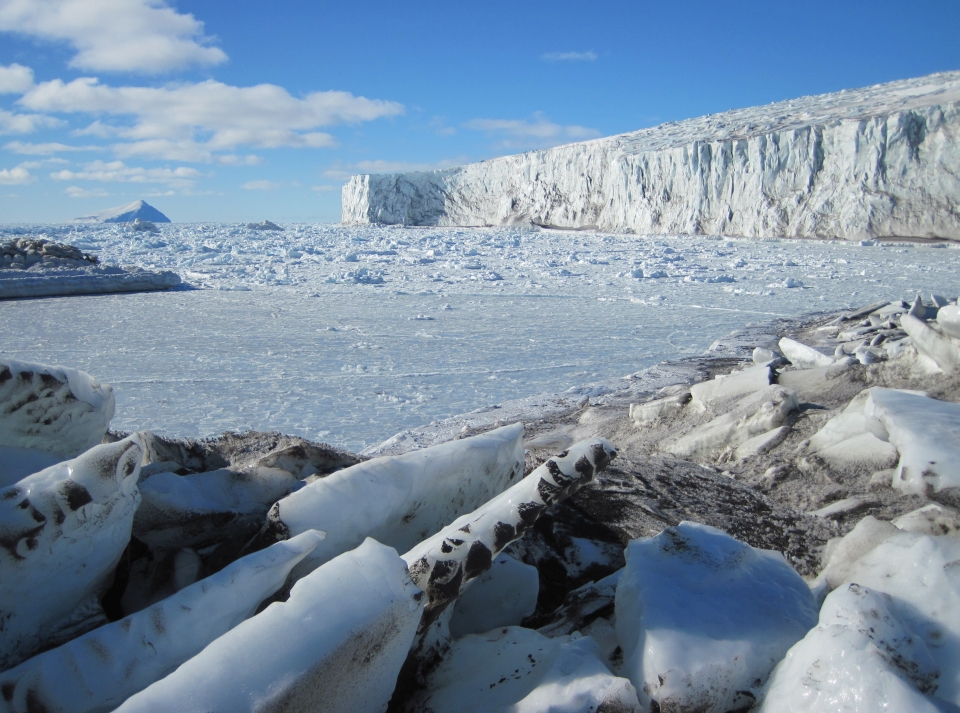 About 90 percent of the freshwater on Earth is frozen. Image: LEARNZ.