The project to construct the Buckle Street Underpass and the Memorial Park is one large project involving four phases.

The work to construct both the tunnel and the park must be completed by Anzac Day 2015.

The Memorial Park project can be broken into four phases of work. These include:

The engineers prepare the designs and plan the construction for the tunnel and the road. The main road in Buckle Street is moved to a temporary position close to Mount Cook School so work can begin. Underground water, gas, telecommunications and electricity pipes are also moved out of the way.

The road workers dig out the soil and build retaining walls for the 300m long trench where the tunnel and the road will go. At its deepest point, the trench is 12m at the sides for drainage and 10m through the middle.

The tunnel floor, walls and roof are constructed and a new road built to run from the Basin Reserve to Taranaki Street.

The final part of the project is to make the park look like it does in the drawings with the terraces covered in grass and trees, pathways and seats, and the paved Ceremonial Plaza in front of the National War Memorial. 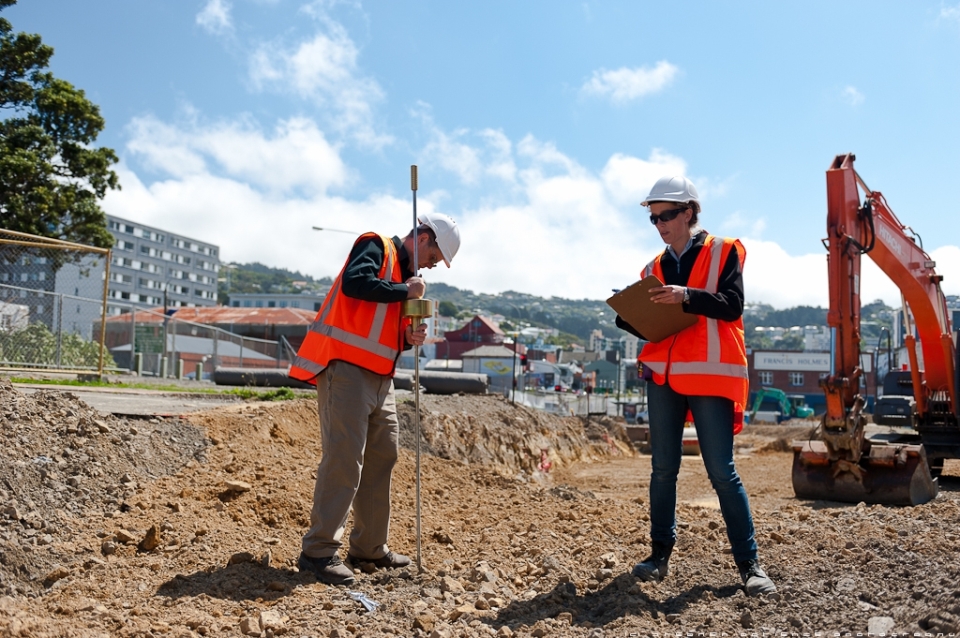 Before construction of the tunnel for Buckle Street could begin the site needed to be prepared and a temporary road created to divert Buckle Street traffic. Image: NZTA. 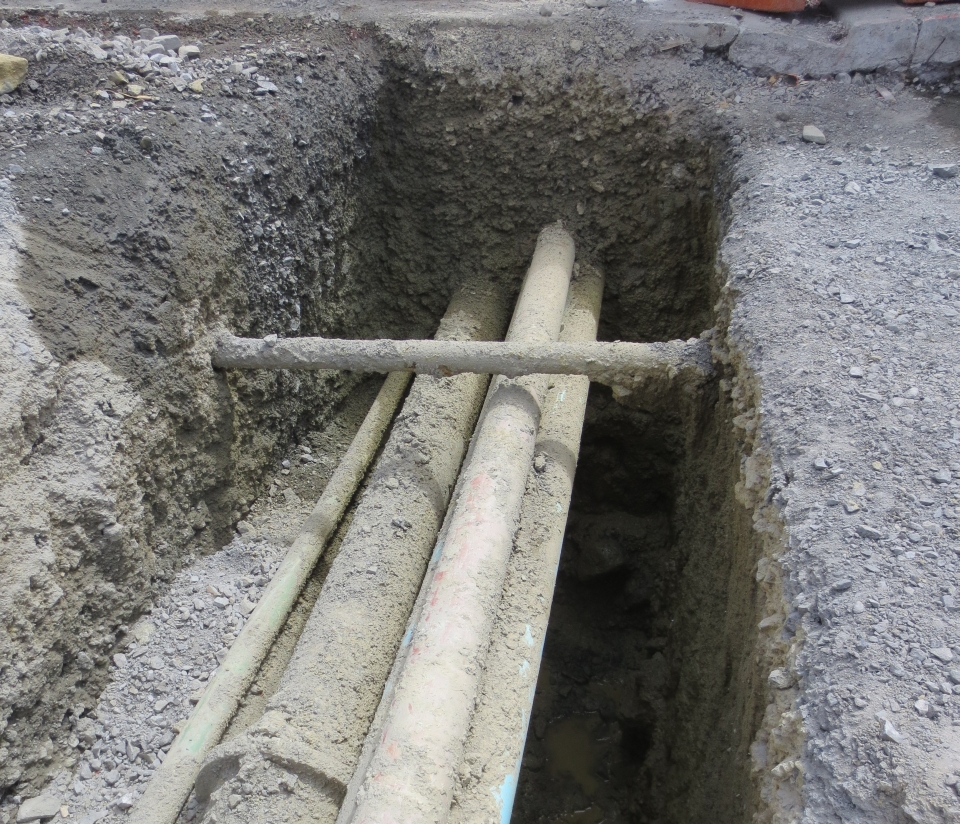 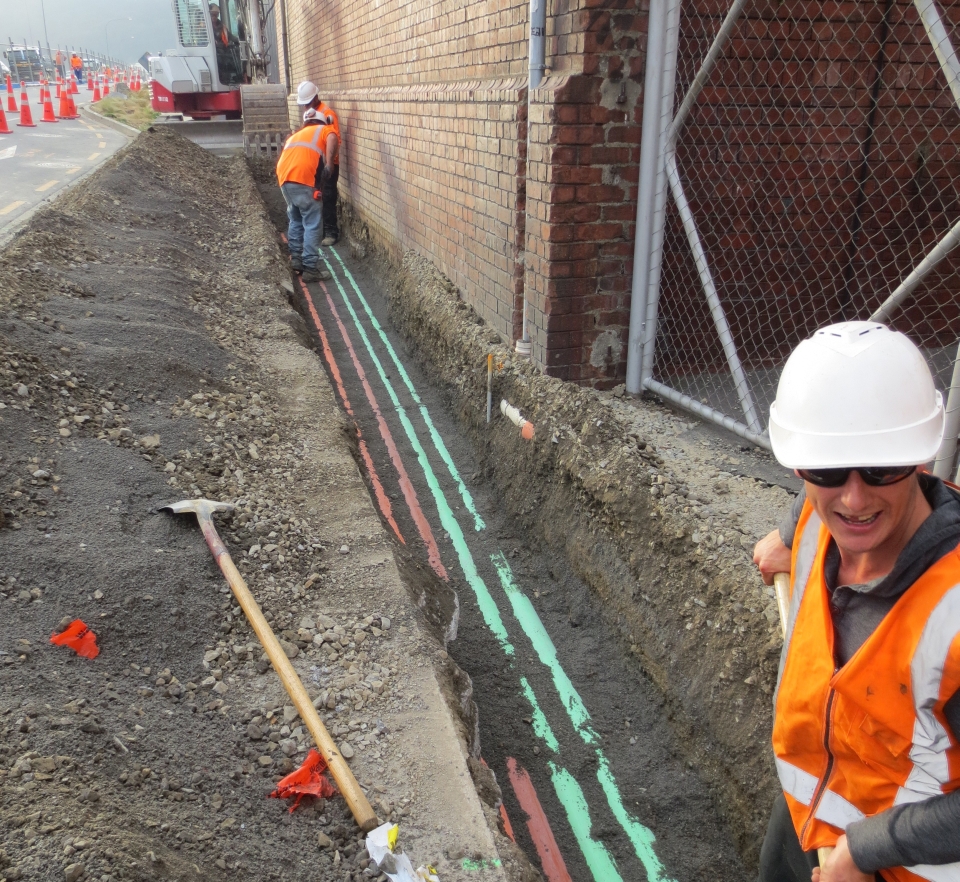 New cables being placed in ducts away from site works. Image:  NZTA. 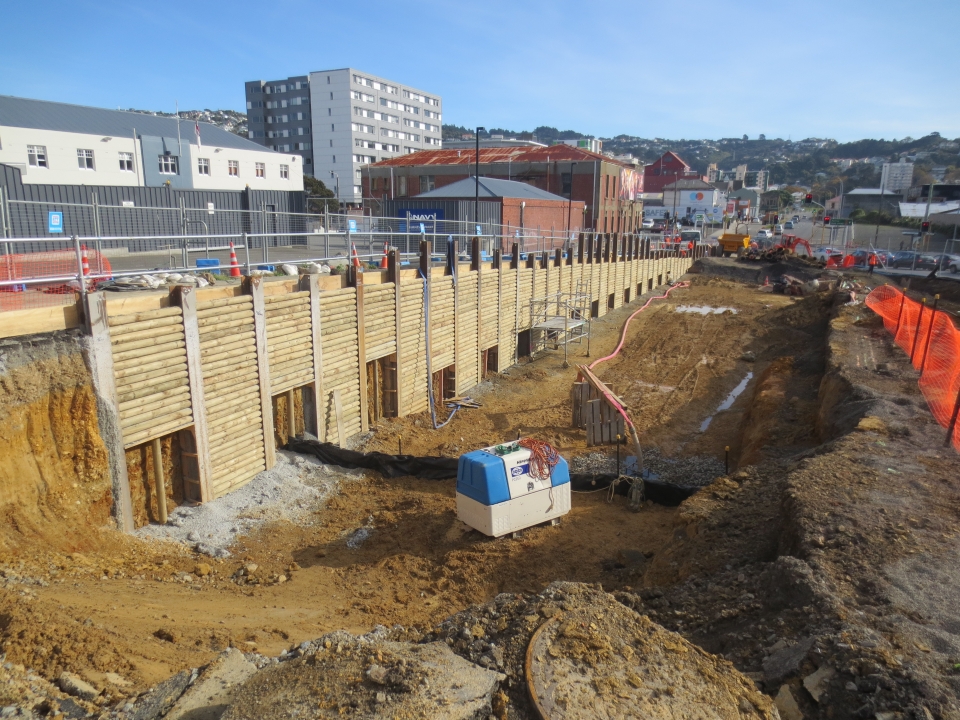 Timber retaining walls are being constructed to support the trench walls alongside what will be the access to the tunnel. Image: NZTA.