«Previous
Coping with Geohazards
Contents: Standard
Next»
What are geohazards
Easy Version
Listen:
Listen to this page

During your field trip to the East Coast, you will be close to the Hikurangi tectonic plate boundary which lies just off the coast. This is the boundary between the Australian plate and the Pacific plate. This boundary could produce large earthquakes and tsunami.

On the East Coast of the North Island you are close to the Hikurangi tectonic plate boundary. This boundary lies just off the coast and extends from Marlborough to the East Cape. This is the boundary between the Australian plate and the Pacific plate.

As the Pacific plate moves under the Australian plate it melts and forms molten or partly molten rock below the Earth’s surface called magma. Magma builds up and creates pressure under the earth’s surface and when this pressure is released it causes earthquakes, tsunami, and volcanic eruptions. 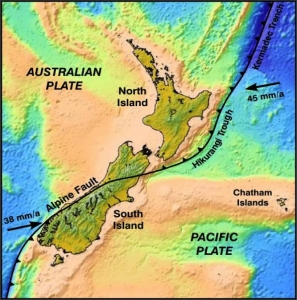 We know that the Hikurangi subduction zone can produce large earthquakes and tsunamis, and that these events have occurred in the past. However, we don’t know how often these earthquakes tend to happen, nor do we know how large they can be.

A large team of national and international scientists will be studying the Hikurangi plate boundary to find out what risk it poses to New Zealand.

This project will involve:

Sea floor sensors will be used to detect offshore earthquakes, slow slip events, and accurately record New Zealand’s offshore plate tectonic movements for the first time. These sensors could also be used in tsunami and earthquake early warning systems in the future.

Specialised research ships will make it possible to carry out drilling and seismic imaging. This data will tell scientists about the physical conditions and rock types at the plate boundary, and reveal what is causing the Hikurangi subduction zone to move slowly (in slow slip events) or suddenly (in earthquakes). This will help scientists understand what has influenced earthquakes and tsunamis in the past, so they can better anticipate what might happen in the future. 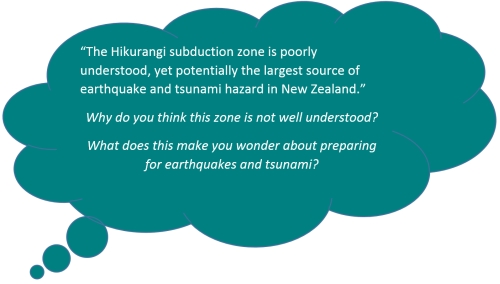 Scientists will also be gathering geological and historical evidence for past large Hikurangi earthquakes to improve our understanding of the hazards and the risk to New Zealand. This will involve collecting offshore cores and studying coastal sediments to explore the geological record of past earthquake and tsunami events.

To better understand past events scientists will also be studying Mātauranga Māori and how Māori were effected by past Hikurangi earthquakes and tsunami. 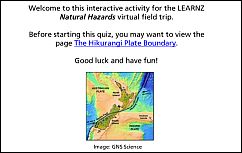 Visit the East Coast LAB to find out more about Life at the Boundary. 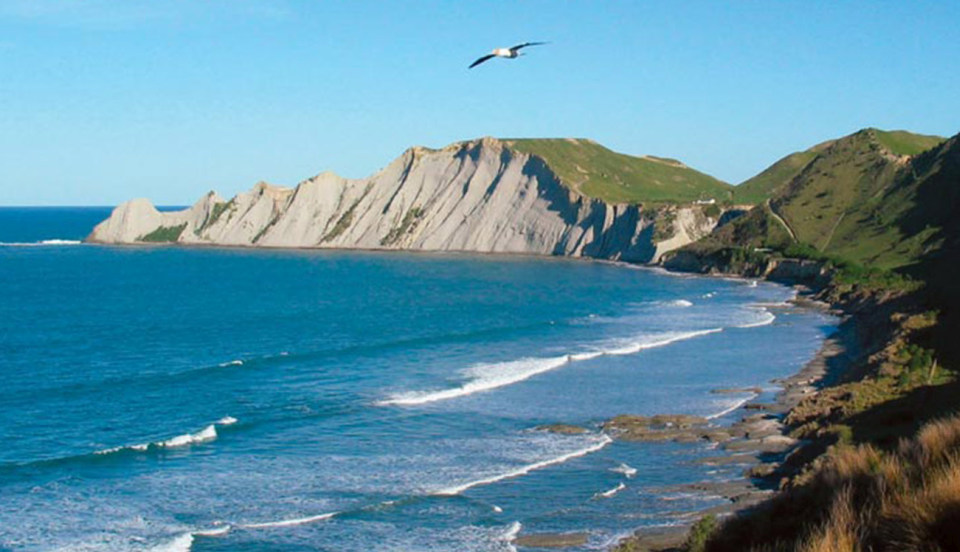 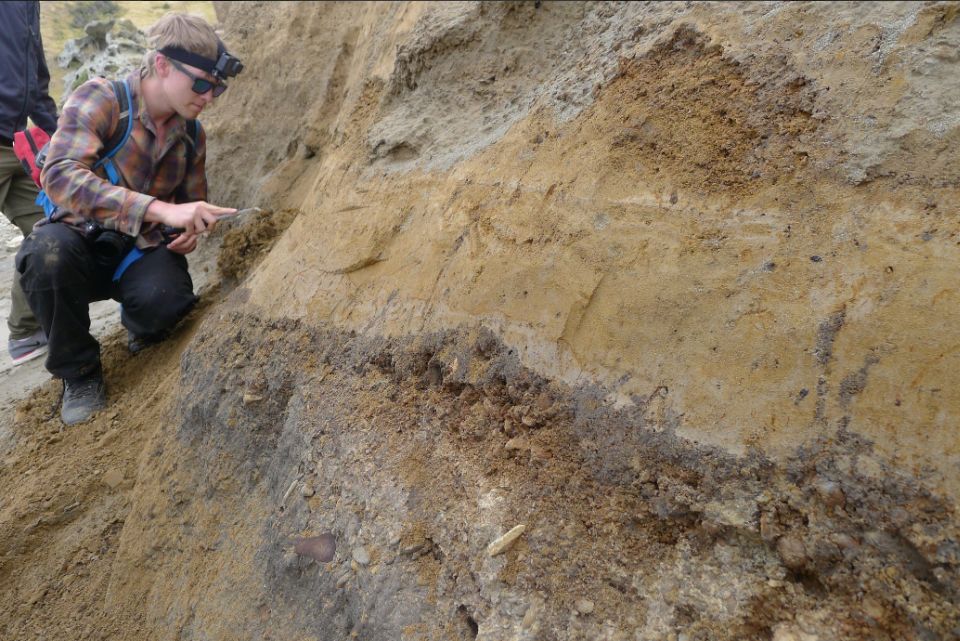 Scientists can learn about past earthquake and tsunami events by looking at sediments and rock layers. Image: East Coast LAB. 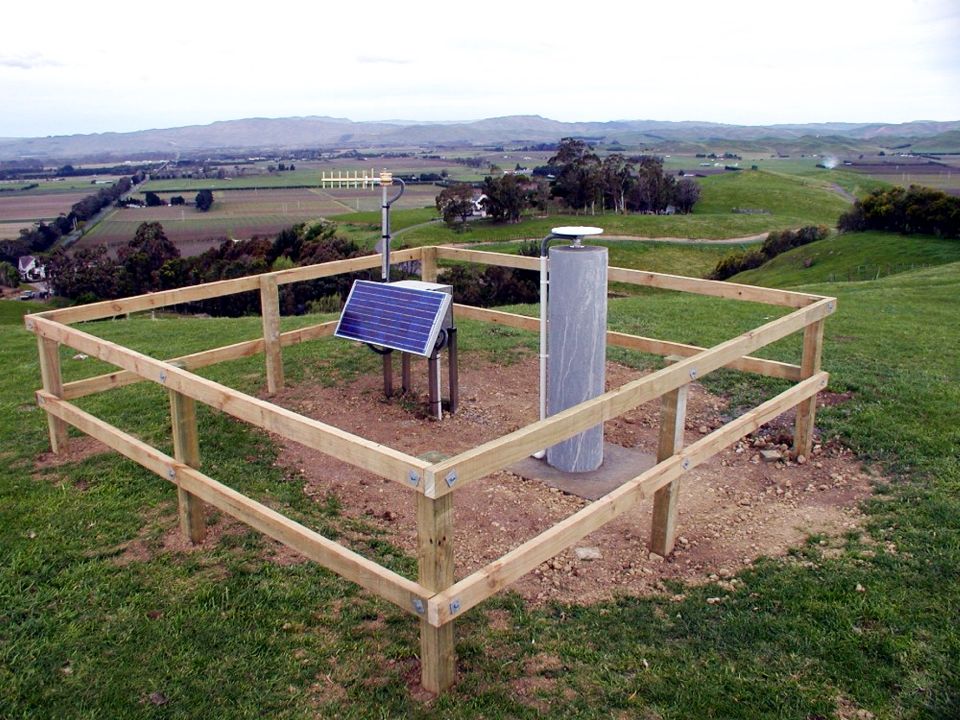 GPS stations like this are used to measure movement or deformation of the land over time. Image: East Coast LAB. 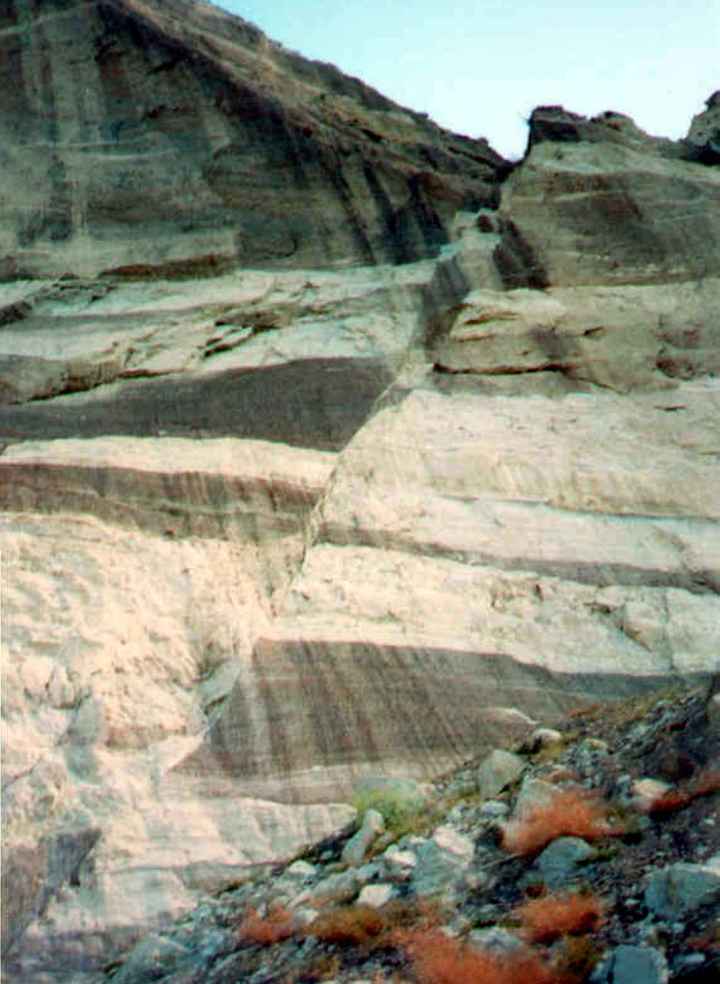 At Cape Kidnappers on the East Coast you can see old layers of ash produced from the Taupo Volcanic Zone which is over 150km away. You can also see how these layers have been displaced along a fault. Image: East Coast LAB.

«Previous
Coping with Geohazards
Contents: Standard
Next»
What are geohazards
Easy Version

Life at the Boundary