Antarctica supports a wide range of organisms from algae to large animals. All these organisms are interconnected within a food web and rely on each other for survival.

Even though the coastal waters of Antarctica are cold and often covered with ice, the sea supports a large number of different species from algae to invertebrates to larger vertebrates such as fish, penguins, seals and whales.

A food web shows the feeding relationships between the organisms in a particular ecosystem, basically what eats what. It shows how energy flows through the ecosystem. Organisms can be divided into producers, consumers and decomposers within a food web:

The Antarctic ecosystem is unique in that the food chains are very short and often based on the availability of krill, which is vital for all animal life forms living in Antarctica.

Producers in the Antarctic marine ecosystem are:

The producers form an important food source for animals which feed by grazing or filter feeding. Examples include snails, urchins and corals. These consumers in turn will be eaten by other animals such as sea-stars. At the top of the food web there are larger consumers such as fish, penguins and seals.

This group of organisms break down dead plants and animals as a food source, releasing nutrients back into the ecosystem. Bacteria are an example of decomposers in a marine ecosystem.

If some animals die due to climate change and reduced sea ice, it will affect all animals in the food web. 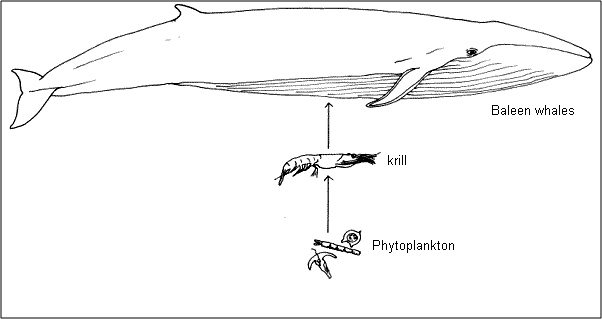 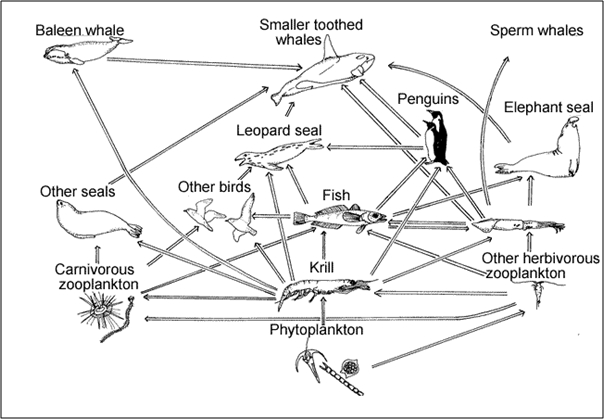 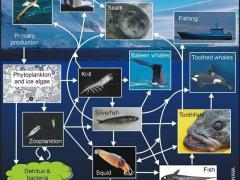 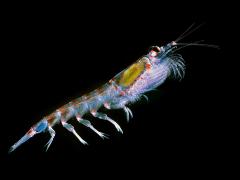 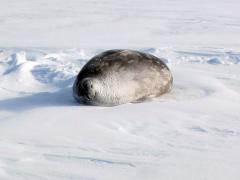 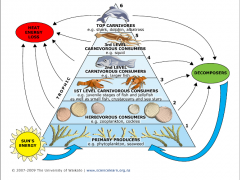