The Antarctic environment is harsh and plants and animals need to have special adaptations to survive. Most of the animals that live on land in Antarctica are microscopic. The ocean surrounding Antarctica is a much richer source of food and supports a much higher level of biodiversity.

All marine life in Antarctica relies either directly or indirectly on phytoplankton.

Phytoplankton are tiny speck-sized plants that float in the currents. They are usually single celled and use photosynthesis to make energy. There are many different types and species of phytoplankton. For example, one type is called the diatoms, of which there are around 100 known species.

There is a range of different types of algae that can be found living below the sea ice. These include:

Zooplankton are tiny animals that feed off either phytoplankton or other zooplankton. Zooplankton do not really swim, they float with the currents. A common type of zooplankton you might have heard of is krill, which look like mini crayfish but without the big pincers! Krill are a key species – they are most important in this food chain because they are the food source for the larger consumers such as penguins, sea birds, seals and baleen whales. A decline in krill numbers affects these other species.

A large variety of invertebrates (animals without backbones) make up the benthic community. These include:

Antarctica is home to around 100 species of fish. Some of them live in the deep water, whereas others make their home just beneath the sea ice. Most of the fish feed on krill or on each other – a small number of fish eat producers.

Antarctic fish can look very strange. One exciting thing about some species of Antarctic fish is their ability to avoid freezing by using anti-freeze proteins in their body tissues. As a result of the special environment, these fish tend to grow very slowly and are usually slow breeders. Extensive fishing damages fish stocks and may lead to the collapse of species, which impacts on the entire food web.

What other adaptations do animals have to survive in the harsh environment of Antarctica and how do you think scientists have found out about these adaptations?

Around 40 different species inhabit the Antarctic waters. Their food sources are fish and krill.

The emperor penguin is the only penguin that breeds during the winter in Antarctica, while the Adélie penguin breeds further south than any other penguin. The rockhopper penguin has distinctive feathers around the eyes, giving the appearance of elaborate eyelashes. King penguins, chinstrap penguins, and gentoo penguins also breed in the Antarctic.

Seals are marine mammals that spend a great deal of time in the water, but they return to land to breed. The different species eat prey such as fish, penguins, squid and krill.

Whales are another marine mammal, but unlike the seals, they are exclusively marine. The largest species of whale can be found in Antarctica – the Blue Whale, which is nearing extinction due to over-fishing. 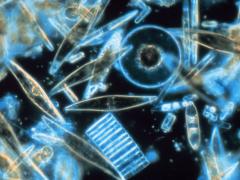 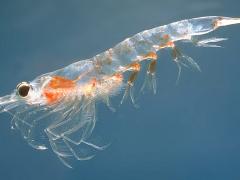 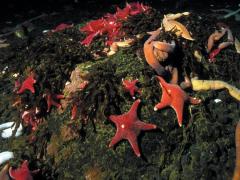 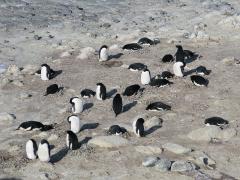 Why do you think it is helpful to classify animals and find out about different conditions within an ecosystem?