Climate is a description of long term weather patterns. Climate can change naturally but recent rapid changes in climate have been caused by people increasing greenhouse gases in the atmosphere.

Climate change is the change in weather patterns that we can see on earth over long periods e.g. hundreds to millions of years. Climate can change naturally because of changes in:

How is weather different from climate?

The ‘greenhouse effect’ is what happens when the sun’s radiation is absorbed by greenhouse gases, and is re-radiated back towards the earth. This results in a rise of the surface temperature; A bit like in a greenhouse.

One of the greenhouse gases, carbon dioxide, has been increasing rapidly since the beginning of the industrial revolution (1750) when humans started burning greater amounts of fossil fuels (such as coal and oil). 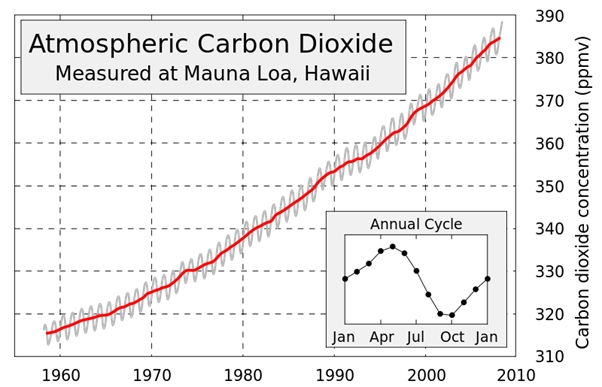 This increase in CO2 causes the man-made portion of the greenhouse effect that has caused global warming. 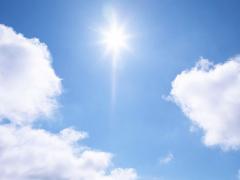 Climate change is a change in long term weather patterns caused by more heat being trapped by greenhouse gases in the air. Image: LEARNZ. 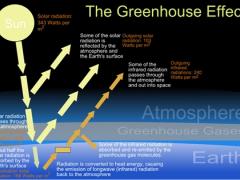 This diagram shows how greenhouse gases stop heat from escaping back into space and cause climate change. Image: Public Domain. 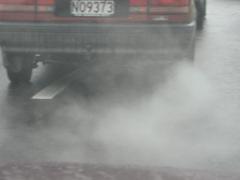 Cars need fossil fuels to run and these emit greenhouse gases. How could you reduce the amount of greenhouse gas you are responsible for emitting. 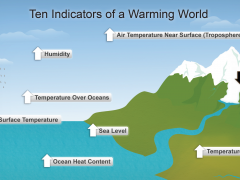 Why is 'climate change' a better description than the 'global warming' when describing future impacts of increasing greenhouse gases? How can you help reduce this effect?