It was another stunning day in the capital today. Good weather always puts a smile on Egbert's little green face! I hope you’ve found it interesting exploring the smart motorway system this week.

First up again today was the final audioconference for the week as well as the less formal chat session in the LEARNZ Adobe Connect meeting room. The speaking school for the audioconference was Parnell School in Auckland. Auckland of course is another city that experiences traffic congestion. Glen Prince was once again your expert answering the questions. Remember you can always listen to an audioconference recording if you missed any of the live versions.

After the audioconference we spoke with Glen about how this first smart motorway will influence future roading projects. We also discussed the idea of the project being ‘fit for purpose’. In other words, how will the team know the smart motorway is doing what it says it will do? It basically comes down to whether or not the new motorway will improve such things as the consistency of travel times and reduce congestion. What tools, technology or methods do you think will be used to measure whether the finished product is in fact fit for purpose?

From the smart motorway site office, you then took a drive (along the smart motorway no less!) into the central city. Here you visited the national office for NZTA and met with Rachel Prince (Glen’s wife!). Rachel is involved with getting important messages about driver behaviour to motorists, and with the production of advertising campaigns such as the ‘ghost chips’ advert. Secondary students check out this link for English curriculum ideas related to road safety http://education.nzta.govt.nz/resources/secondary/english#.

Driver behaviour plays a big part in the smart motorway too. The term ‘smart drivers’ is important because in order for the smart motorway to work, drivers must stick to the posted speed limit. This is because the smart system calculates the best speed to reduce congestion and to allow more cars through the area.

After some lunch, it was time to meet up with some students from Raumati South School at the smart motorway information site in Johnsonville Mall. This is a great place to really start thinking not only about the smart motorway, but about the evolution of transport in general. I always find old photos of the way things used to be quite fascinating. They really help you see how the development of roads is a direct reflection of a changing society. And this is exactly what I chatted about with the students. Have a look at the video – I have a question at the end of it for you for homework!

Just around the corner from the mall is WTOC – the Wellington Transport Operations Centre. This is a fascinating place. It is where a large proportion of the country’s state highway and regional roading network is monitored and managed. It is also The Hub of the Smart Motorway.

Here you met WTOC director Mike Seabourne. Mike showed you around and explained how the centre works. It sure is an important place! Mike also played some videos showing things like mattresses and ladders falling off vehicles travelling along the motorway. They were rather funny but you could also see how dangerous such incidents can be. What do you think some of those dangers could be and if it happened to you, what action do you think would be best to take?

This field trip has been a great way to explore the technology curriculum and see it in action on a real project. As society develops there is so much more that needs to go into the planning and construction of our roads, and the important messages we need to take on as users of these roads. Also to think about is how the nature of our roads can affect driver behaviour, and technology in the form of a smart motorway certainly has a big part to play in that.

We will be visiting the smart motorway site again next year for another field trip. I hope you can all join us once again.

Until then ka kite anō, 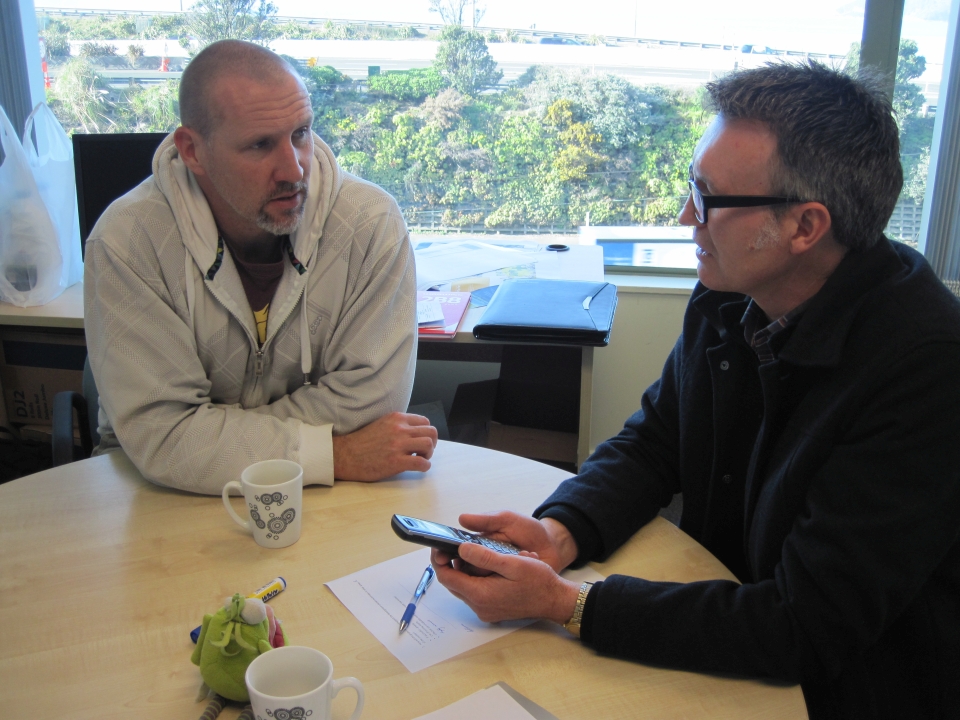 Glen Prince was your expert during the final audioconference for this week. Image: LEARNZ. 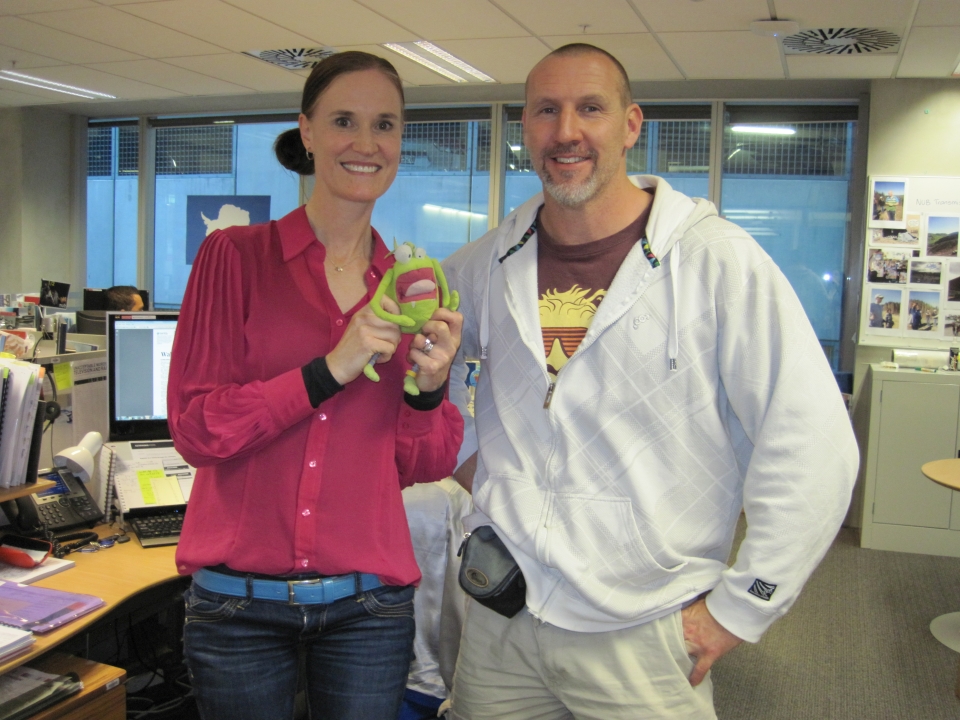 Rachel Prince is involved with the production of advertising campaigns such as the ‘ghost chips’ advert. Image: LEARNZ. 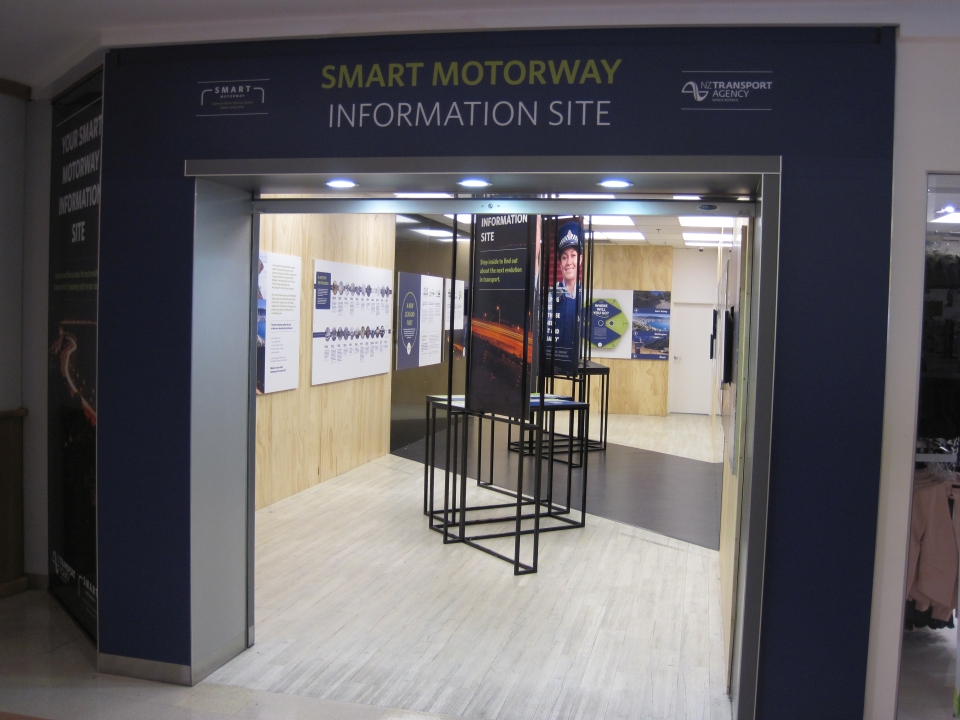 The smart motorway information site is in the Johnsonville mall. Image: LEARNZ. 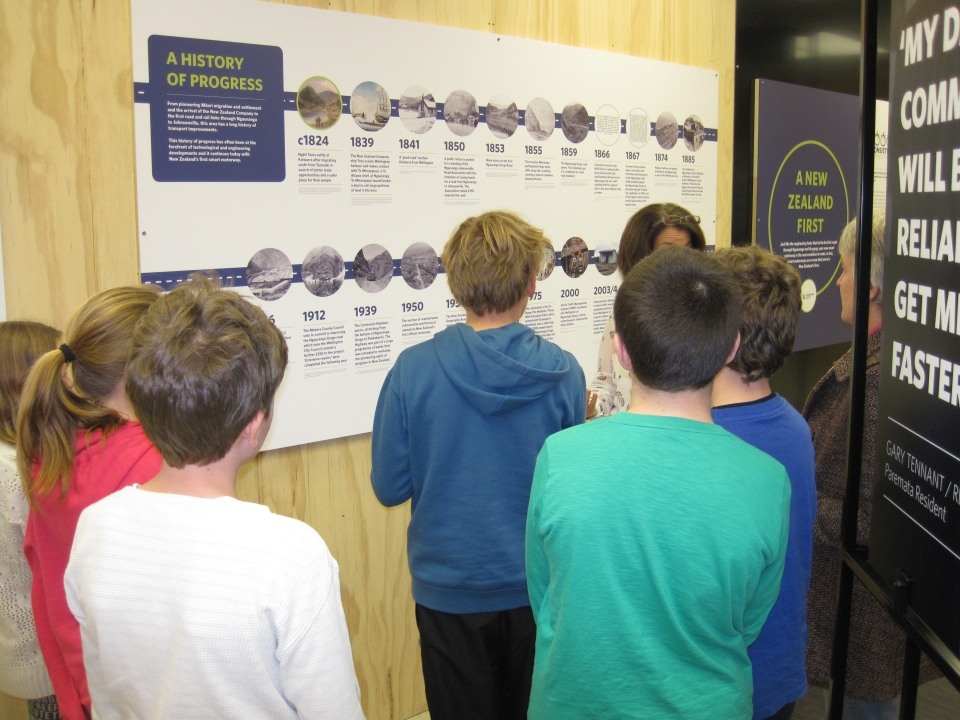 Raumati South School students look at the development of transport in Wellington over time. How has changing society influenced roading? Image: LEARNZ. 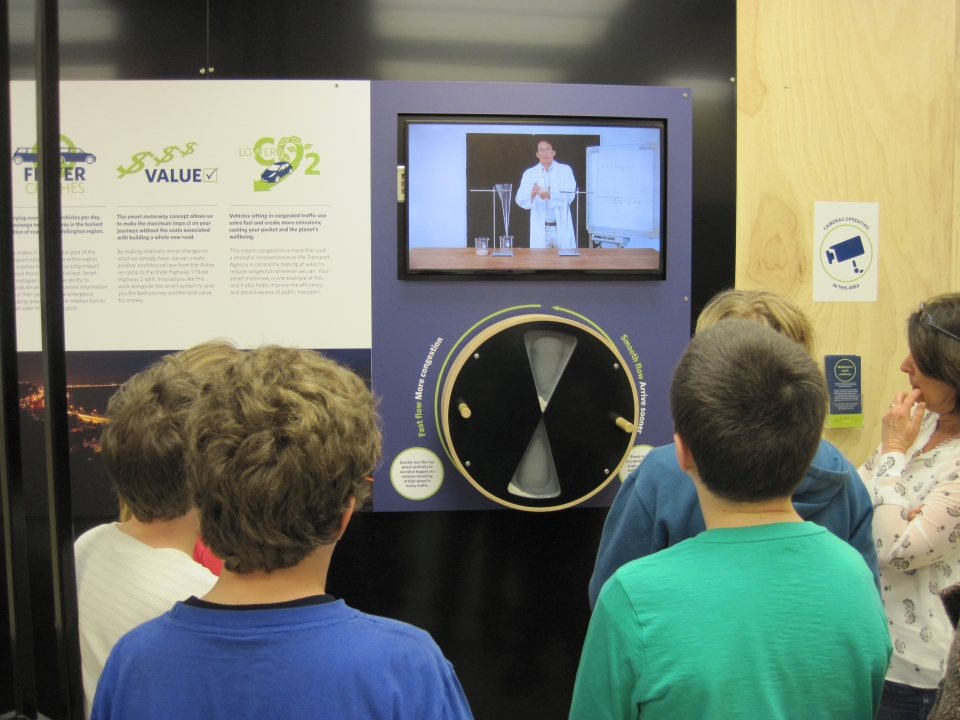 Raumati students watching a short video which explains the core concept of the smart motorway – how smoothing the flow of traffic allows more vehicles through. Image: LEARNZ. 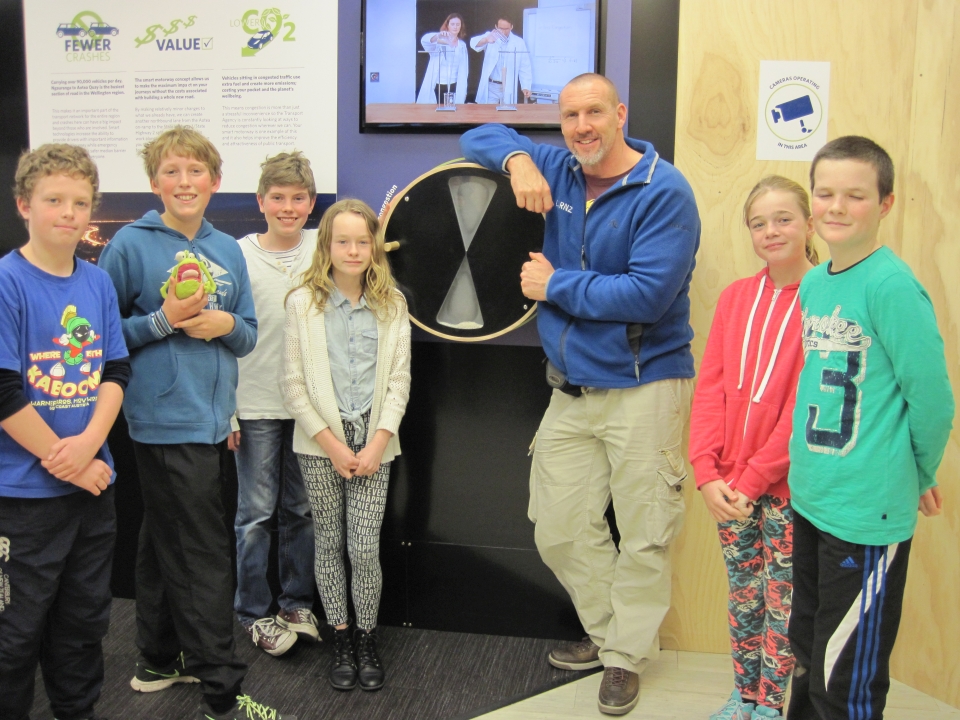 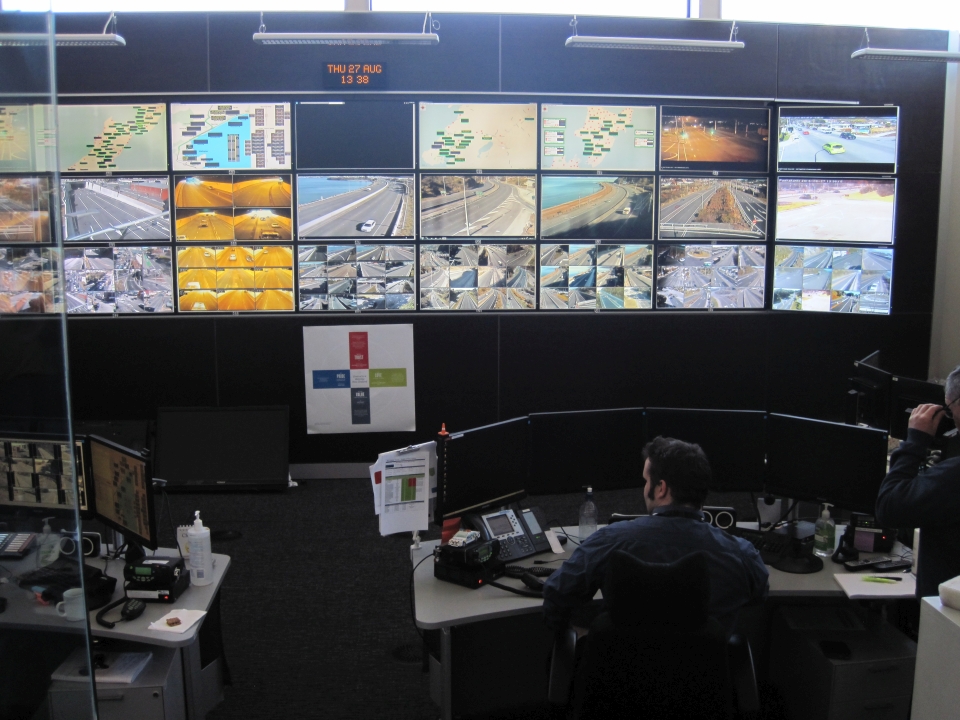 Inside the Wellington Transport Operations Centre. What part does WTOC play in the smart motorway system? Image: LEARNZ. 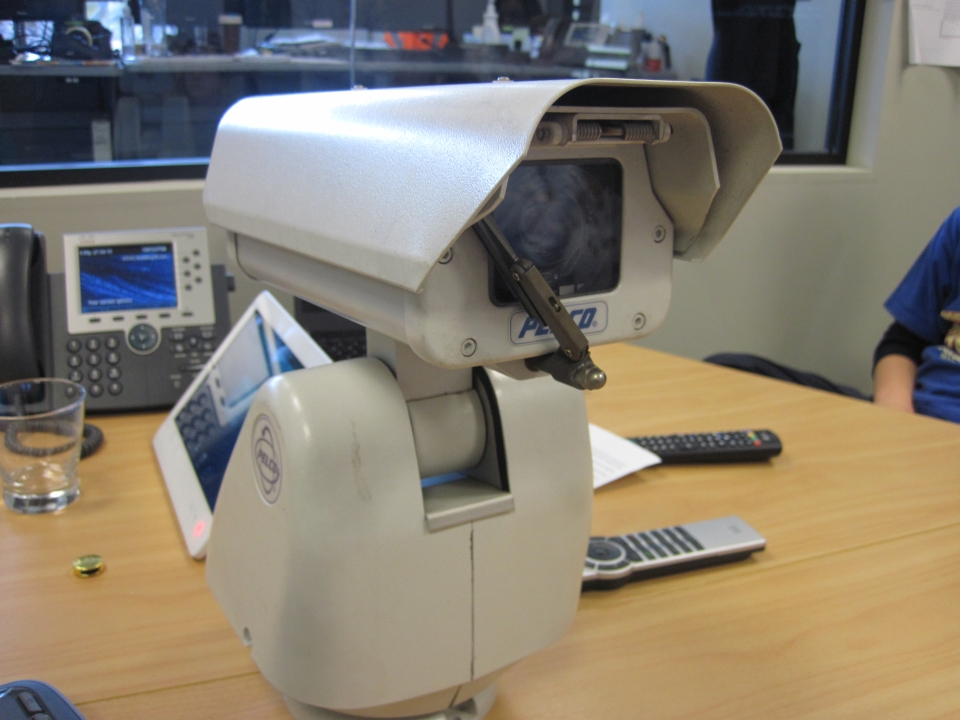 This is one of the types of cameras used to monitor key roading networks. It is called a tilt, pan, zoom camera. Any ideas why it is called this? Image: LEARNZ.