Yesterday you were able to see how far the construction of the smart motorway has progressed since last year’s field trip. Now your focus will need to shift from the road to the driver. Today you will be discovering more about how people can be taught to become smart drivers on the smart motorway.

The role of research

One way of collecting information is through a survey and hopefully you had a chance to carry out this survey before the field trip. The majority of drivers who completed the survey said that they didn’t think changing lanes or speeding would reduce their travel time. These results show that people already understand a bit about how to keep traffic flowing smoothly. The survey also identified who would be using the smart motorway and how they receive information through radio and other media. This research has helped Philippa to learn who her target audience is and how to reach them with information about how to use the smart motorway.

Karen explained her role in the market research process. Karen has worked as a researcher for a long time and is always interested in finding out about people's behaviour and attitudes. This type of research is called qualitative. The other type of research is called quantitative and it focuses on quantities rather than qualities and involves many statistics. Karen believes that researchers need to be quite nosey but also good listeners. Research has to also be done in an ethical way so no one has information shared that they don’t want shared. You can find out more about Karen’s work in the video.

Teaching drivers how to be ‘smart’ drivers

Philippa wanted to show you the work that advertising agency Clemenger BBDO does. Do you remember the NZTA anti-drink driving ‘Legend” advertisements that have been on TV? I always remember the ad that features the ‘ghost chips’. These ads were created by Clemenger and they will also help create a campaign to help smart motorway drivers to drive 'smart'. You met Matt Barnes from the agency and he showed you around and talked about some of his work. It was neat to be in such a creative space where people were busy designing and creating all sorts of advertising. You can watch the video to learn more about the work done at Clemenger. You may have been surprised at all the work that is being done behind the scenes to prepare drivers for the new smart motorway but technology is only really useful if people know how to use it.

Wellington students share their thoughts about the smart motorway 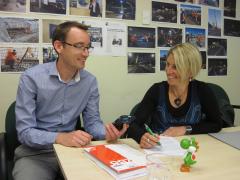 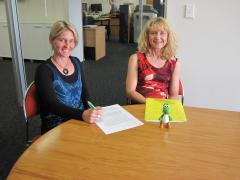 Shelley meets with Karen Connell a researcher from UMR. What research has Karen done to help launch the smart motorway? Image: LEARNZ. 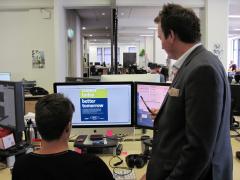 Matt Barnes from Clemenger advertising agency shows you some work that has been done on the smart motorway to help keep people informed. Image: LEARNZ. 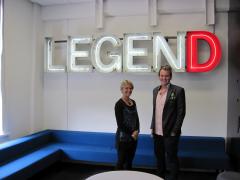 Have you seen the "Legend" anti-drink driving advertisements on TV? Matt from Clemenger talks to Shelley about this advertising campaign created by Clemenger. Image: LEARNZ. 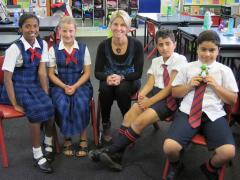 Shelley meets students Joanna, Ellia, Paulus and David from Miramar Christian School. Why do you think these students are interested in the smart motorway? Image: LEARNZ. 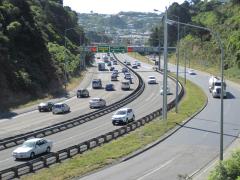 Drivers head home towards Johnsonville on what will soon be a smarter motorway. Image: LEARNZ.