Our World of Water

Earth is called the blue planet because it has so much water. About 70% of the surface of the Earth is covered by water and it affects the way our planet works. People could not survive without fresh water.

To understand the importance of Antarctica to the rest of the world we need to look more closely at water and its properties.

Water can be found almost anywhere. Water is an essential part of our planet and we need it to survive.

Water covers nearly three-quarters of the Earth’s surface. It is found on the land, under the ground and in the atmosphere. Water can be;

All plants and animals need water. The human body is up to 78% water and to remain hydrated we need to drink water every day.

Water affects how our Earth works and looks.

Did you know that water in the mantle (the layer between Earth’s crust and the core) influences the formation of volcanoes?

Weather patterns are affected by water in the oceans, on land and in the air. Water in the form of rain, rivers or glaciers helps to shape our land.

How do you think people rely on water?

What is different about water?

Water is the only natural substance that can be found on Earth in all three states;

Most substances are denser as a solid than as a liquid. For example, a piece of solid candle wax will sink when placed in molten wax.

Water is different. When water freezes into ice, it floats. This is because it is less dense than the surrounding water.

It is very important that ice floats. It means that the surface of rivers, lakes and other water bodies freeze from the top down. This allows animals and plants to survive in the water beneath the ice. Because ice floats, it stays at the surface so when it is exposed to the Sun and warm temperatures it can melt.

Another unusual feature of water is that it can dissolve many things. More substances dissolve in water than in any other liquid although, not everything dissolves in water.

Can you come up with some examples of things which don’t dissolve in water?

Water has a thin elastic layer known as surface tension.

Have you ever wondered why water droplets stick together to form a dome? Or why some insects can walk on water? The surface of water and other liquids acts like a thin elastic layer – scientists call it surface tension. Water is unusual because it has the greatest surface tension of any liquid at room temperature other than mercury.

People use water every day and have learnt about its important properties such as;

However, on this field trip you will learn that these properties can change depending on pressure and how pure the water is. 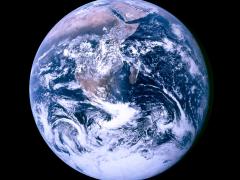 Nearly three quarters of the Earth's surface is water so it is often called the Blue Planet. Image: NASA: Harrison Schmitt or Ron Evans. 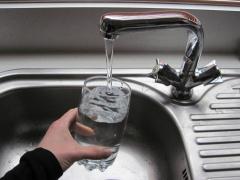 Only a very small proportion of the world's water is drinkable. Why do you think this is? Image: LEARNZ. 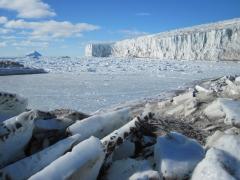 When water freezes it is less dense so it floats on water. Why do you think this happens? Image: LEARNZ. 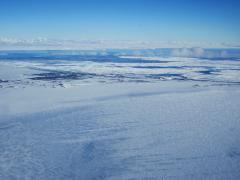 Water is the only natural substance that can be found as a solid, liquid and gas on Earth. Can you see all three states of water in this photo? Image: LEARNZ. 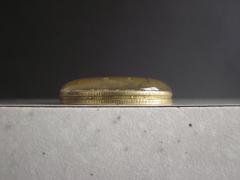 Try floating a large piece of ice or ice cube on water and record your observations.