The International Geophysical Year was an 18 month period where scientists from 67 nations worked together to collect scientific data in a variety of places including Antarctica.

The International Geophysical Year (IGY) was modelled on the International Polar Years of 1882-1883 and 1932-1933 and aimed to encourage scientists from around the world to take part in a series of coordinated observations of various geophysical phenomena.

This scientific work took place between July 1957 and December 1958. This period was chosen because it was a time of increased solar activity which follows a natural 11 year cycle.

Can you find out more about the sun's solar cycle?

Sixty-seven nations participated in the IGY activities. Most of the work was carried out in the Arctic and equatorial regions, but special attention was given to the Antarctic.

More accurate ice depths in Antarctica were found and new estimates of the earth's total ice content were determined, which improved our understanding of weather and glaciers.

New Zealand scientists were also involved in the IGY, their work included: 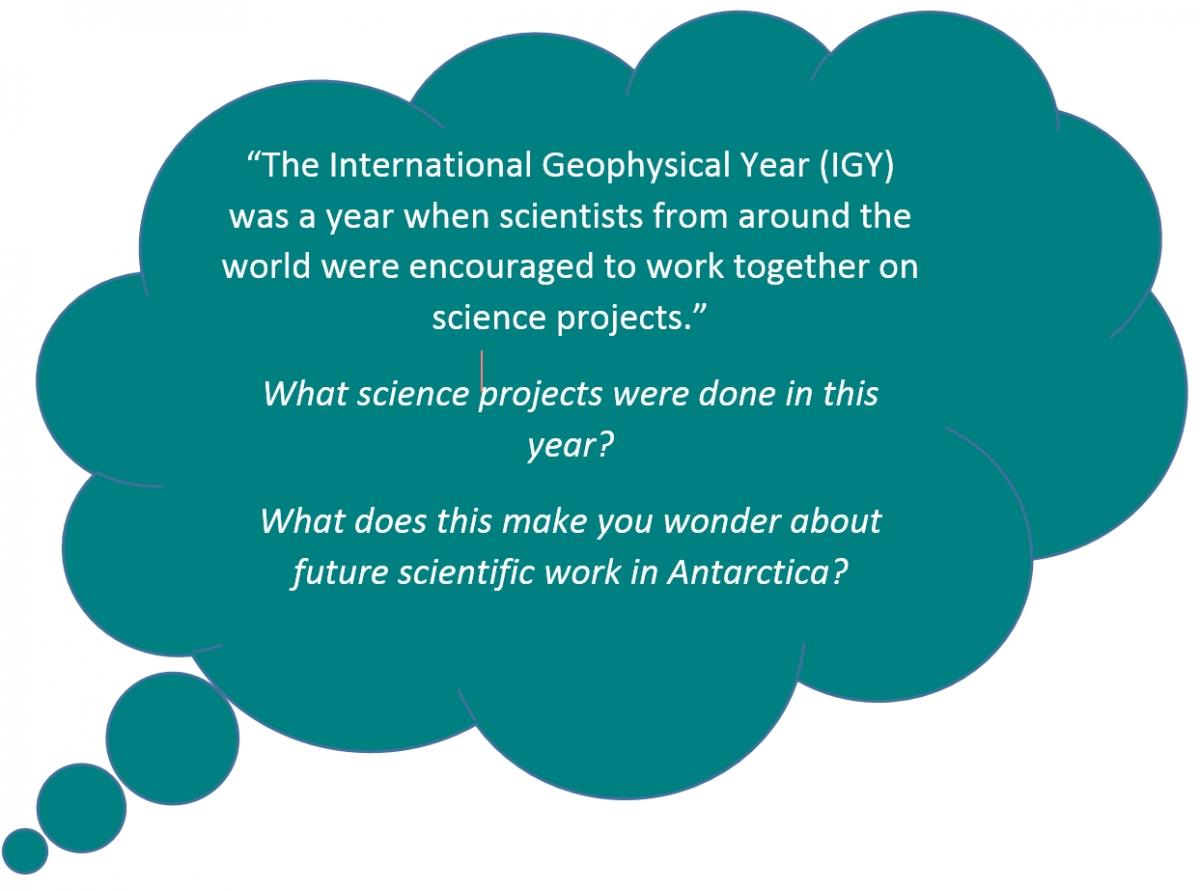 Scientific members of the Trans Antarctic Expedition (TAE) party helped with the work of the IGY team. Five TAE scientists wintered over in 1957.

The success of the IGY showed how valuable Scott Base was as a base for scientists.

At the time the IGY was the largest and most important international scientific effort ever undertaken.

The spirit of cooperation created by the IGY led to an international agreement known as the Antarctic Treaty. Under this treaty Antarctica has been set aside as a non-military region to be used exclusively for international scientific purposes. 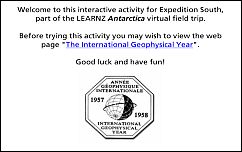 Can you find out more about the Antarctic Treaty and how it works to protect Antarctica? 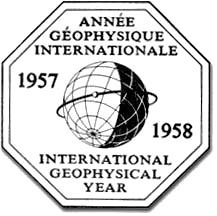 This was the official emblem used to promote the International Geophysical Year. Image: Public Domain. 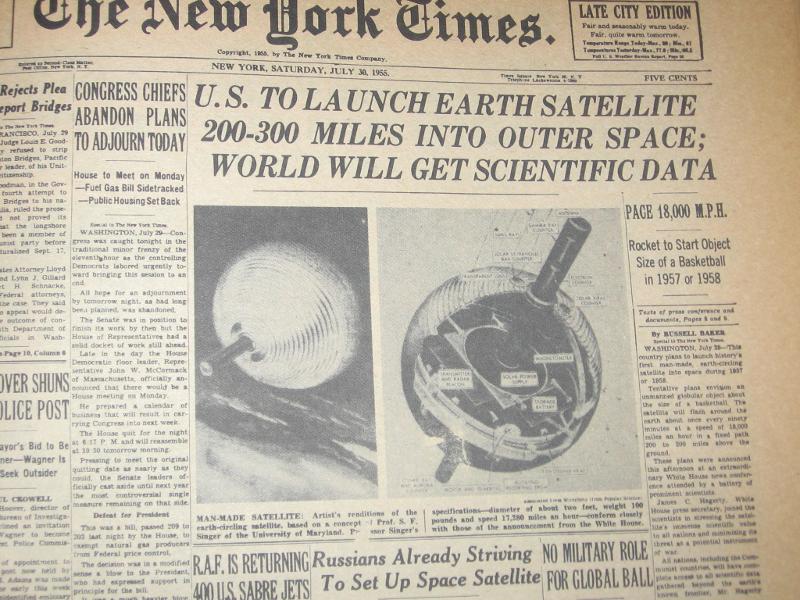 This article appeared in the New York Times to publicise some of the work that the US did to launch their satellite programme. This was done as part of the IGY. Image: New York Times. 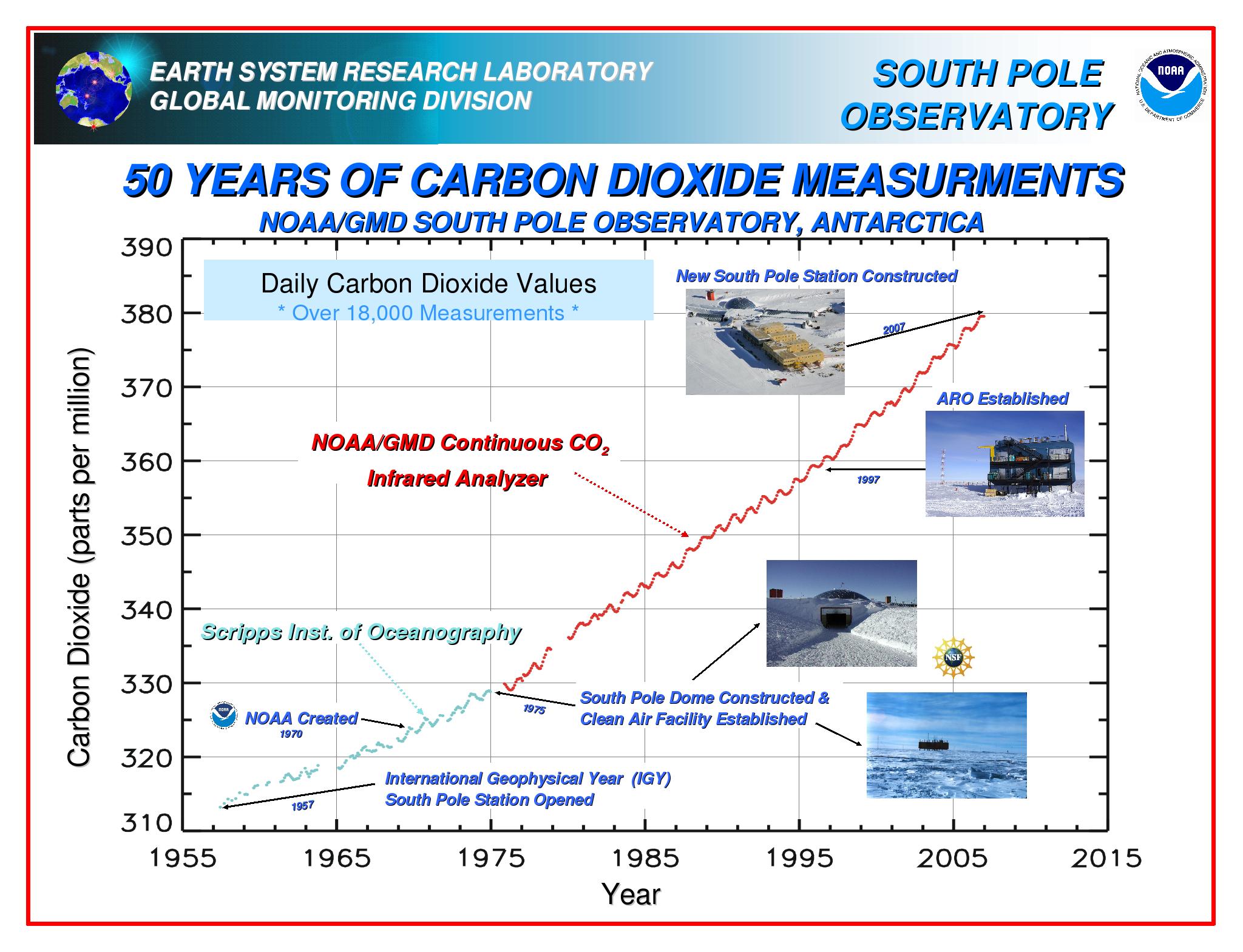 Atmospheric carbon dioxide measurements began at the South Pole during the IGY and show the steady increase over the last fifty years. Why do you think this information is important? Image: NOAA.