I finished a Diploma in Craft Design, then started my working life as a bookbinder. I completed further training in the UK in the field of Book Conservation, working at The British Library and then the National library here in New Zealand. A conversation with some colleagues about a new Antarctic Project saw me apply for a contract over an Antarctic Winter in 2008, and led to my current position.

Freezing cold fingertips when working on a computer at -20 degrees Celsius.

Planning for the upcoming conservation programme and associated logistics required to conserve the original Scott Base mess building (Hillary’s Hut) this Antarctic Summer. This building was constructed in 1957 and used to support Sir Edmund Hillary’s Trans Antarctic Expedition and the International Geophysical year science programme. This was the birth of New Zealand’s Antarctic Science which continues at New Zealand's scientific base, Scott Base.

Visiting Cape Adare last summer, 800km from Scott Base, we had two weeks to survey the hut and pack up all 1100 artefacts. Despite the harsh weather and being surrounded by the noise and smell of 750,000 Adelie Penguins, we achieved all of our work programme and packed the artefacts into the helicopter to begin their journey to New Zealand for conservation treatment.

At Cape Adare I was testing out some archaeology techniques. I’d set up a string line to mark out a metre square test grid on the ground, and had done some test excavations, taking photos as I went. I headed off for a cup of tea, and when I came back I found one particularly clever penguin had seen my freshly dug up fragments of wood as prime nest building material, and had come over and stolen a bunch for his nest, at the same time trampling all over the stringline and pulling it down. I learned that penguins are a bit like wekas!

Diploma in Craft Design, Post-Graduate Diploma in the Conservation of Archives and Library Materials.

Old stuff in general, getting around by bike and on foot, friends, film, gigs and gardening. 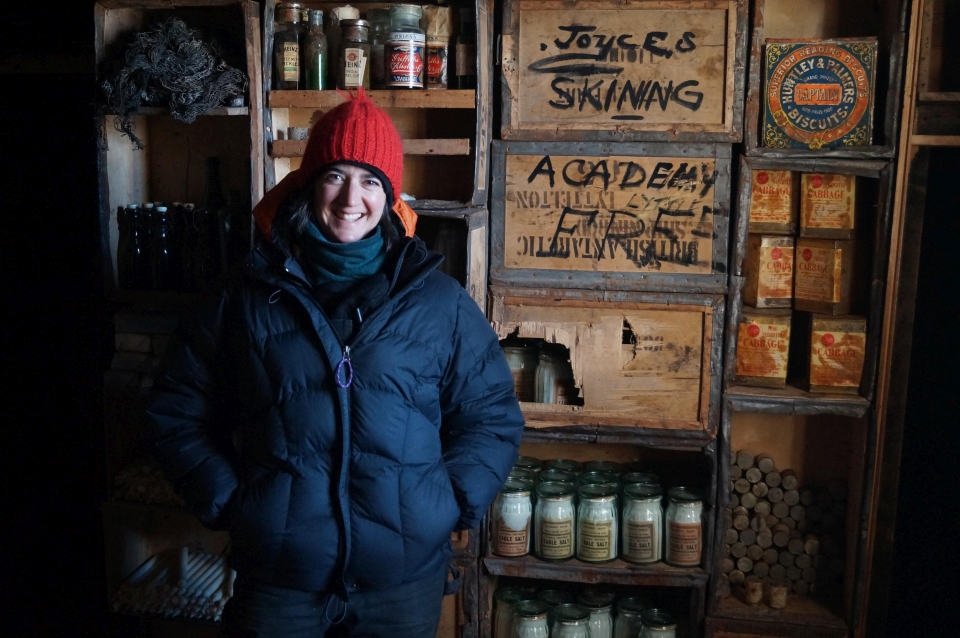