90% of the world's ice is in Antarctica.

Antarctica is a continent. It is covered by a layer of ice. This ice was formed over thousands of years from snow. This snow has been squashed down as new snow has fallen on top.

The Antarctic ice sheet is:

Sea ice is formed on the surface of the ocean. The temperature of the water has to fall below –2 degrees C. 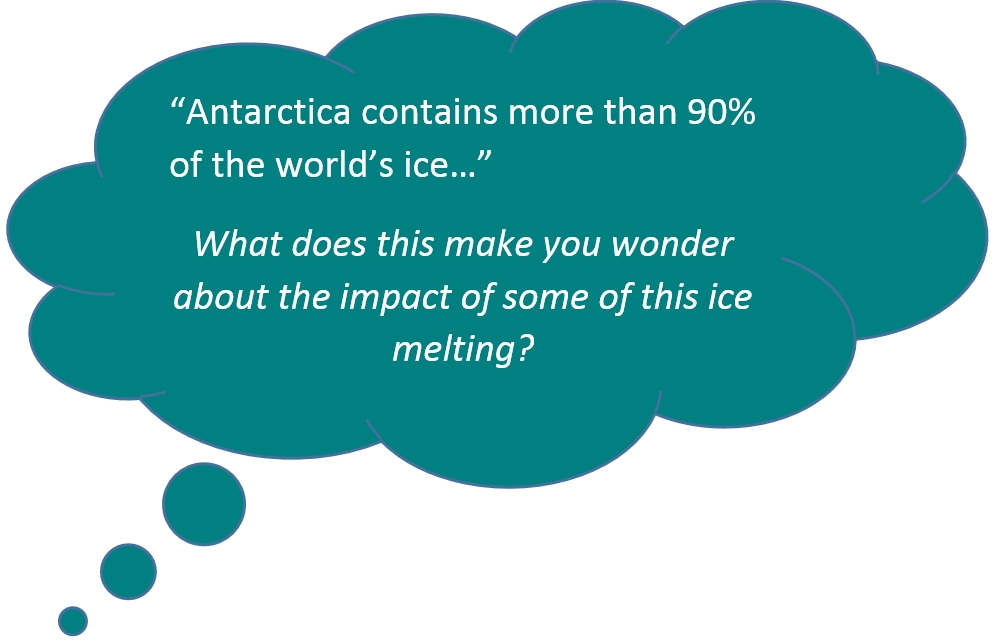 Sea ice has about 1% salt. The actual sea water has 3.5% salt. Ice is less dense (heavy) than water so it floats on the surface. The sea ice forms a layer several metres thick.

Each winter sea ice forms, although some parts do not melt the following summer. 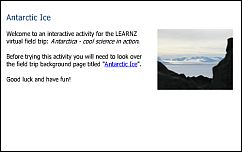 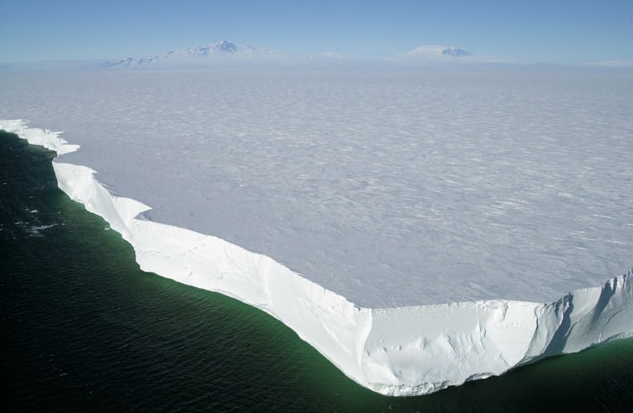 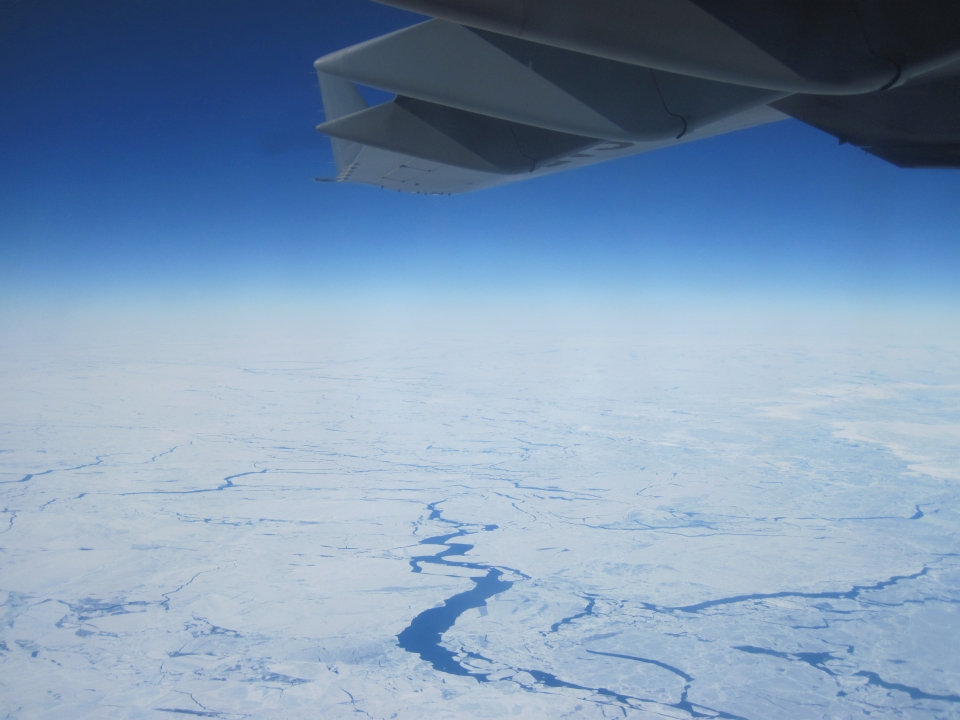 Sea ice viewed from the window of a C17 aircraft from a height of 9500m. Sea ice is formed on the ocean surface when the water temperature falls to -2°C. Image: LEARNZ 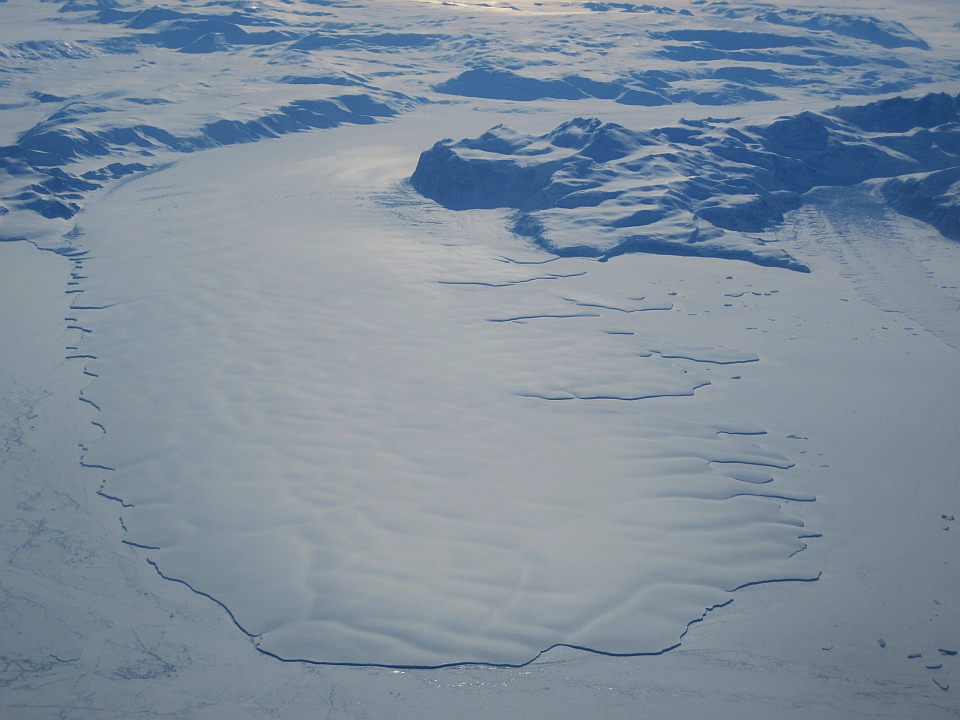 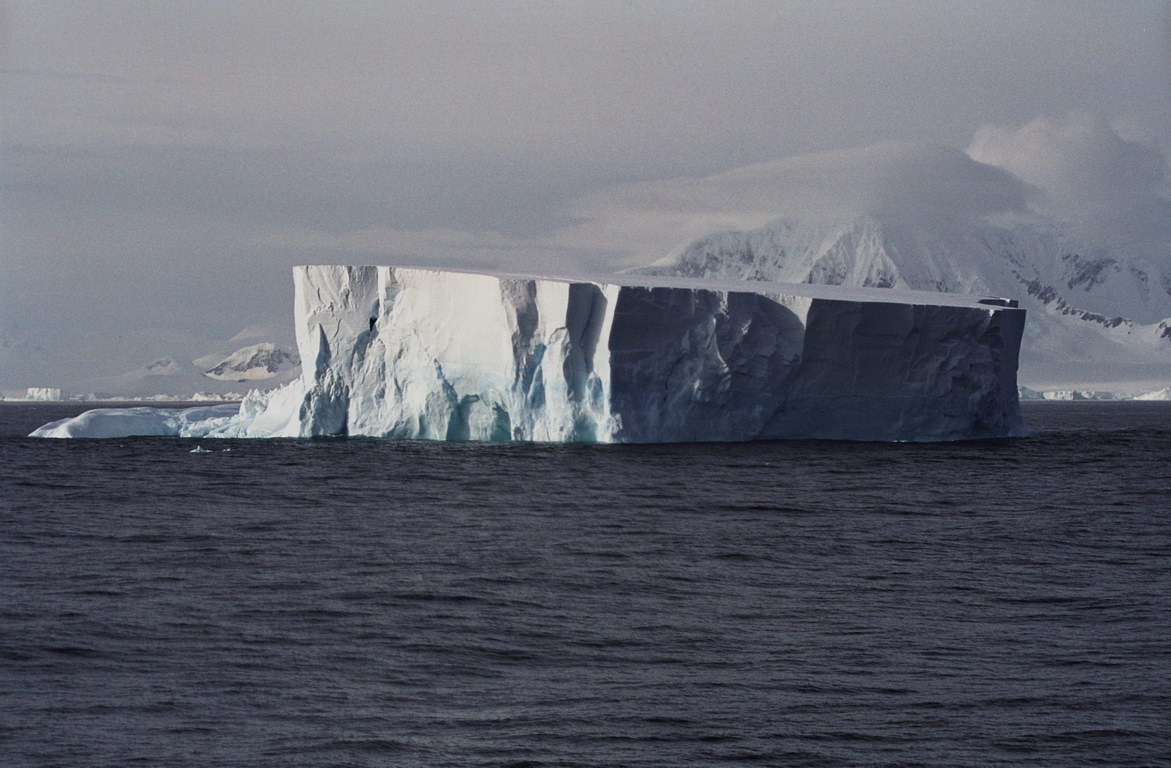