Professor and Dean of the National School of Surveying at the University of Otago, in Dunedin.

I teach, conduct research about the ice sheets in Antarctica, and work with my office team to keep the School running well. I also collaborate with students who are working on their own research projects. I teach about a few different things, most of which involve using maths to solve problems in “geospatial science”. Geospatial means just what it sounds like it means: the geo is for Earth and spatial means in 3 dimensions all around us. I also do some teaching about the Southern Ocean and Antarctica in the Department of Marine Science.

I graduated with a PhD in geophysics in 1998. I worked at the NASA Goddard Space Flight Center in the US state of Maryland after that, using data from satellites as inspiration to build computer models. I was (and remain) interested in how and why the ice in West Antarctica changes over time. What are the important processes and how well do we understand them? I’m particularly interested in the physics of the ice itself, how it sometimes flows like really thick syrup and sometimes cracks like something brittle. I have friends who think about 100s or thousands of years when they hear the phrase “change over time.” which may seem like a long time, but is pretty fast for an ice sheet.

In 2001 I moved to Portland, Oregon to start a new job, as an Assistant Professor in a Department of Geology. I taught about computer modelling, climate change, and glacier ice while I was there, and kept doing the same kind of research I’d been doing before. I had a few job promotions and eventually became head of my department. That was a more interesting job than I thought it would be, helping a group of people to do the best work they can, thinking about what students need to learn the most they can, and ensuring that working together we helped the university meet its goals.

I lived in Portland until 2013, when I took up my current job at Otago. I met my partner Scott in Portland and our children, Timothy and Samuel, were born there. The guys are 13 years old now and are really interesting and excellent people.

The “ah-ha!” moment. I like solving a puzzle or seeing something in a new, and more useful, way. Ah-ha moments happen when a student who has been struggling with a concept finally sees what it’s all about, when a computer program finally works the way I want it to work, or when I’ve dug in deep enough to really understand why something works the way it does. Ah-ha moments seem like sudden flashes of understanding but really, there is nothing sudden about them. They come from hours and hours of work, and from adding new information to what we learned in the past.

I don’t like it when people are not kind to each other. Life (and work) can be stressful and people don’t always try to think about how other people feel or why other people might be acting the way they are. I don’t always live up to this expectation, but I try.

I have a few different projects going on right now. The big one is the Aotearoa New Zealand Ross Ice Shelf Programme. All together, we are more than two dozen scientists from five New Zealand universities, two Crown Research Institutes, and universities overseas as well. I’m the manager for the whole programme, though I work on that together with Christian Ohneiser, a geologist here at Otago.

The Ross Ice Shelf is a very large, nearly flat layer of ice that forms on land, flows down toward the coast, and then goes afloat on the ocean surface. Once it’s floating, the ice spreads out to fill in bays along the coastline. The Ross Ice Shelf fills in a large area, about the same size as the country of France.

The Aotearoa New Zealand Ross Ice Shelf Programme was created to study how and why the ice shelf changes over time and how rapidly it might change in the future due to global warming. This is an important issue because as the ice shelf changes, all of the ice upstream of it, in the West Antarctic Ice Sheet, changes too, and that will cause sea level to rise. My scientific research in the programme is about networks of cracks that form in the ice. Icebergs break off the ice shelf along the largest of those cracks and iceberg “calving” is one of the two main ways that ice leaves the Antarctic ice sheet (melting is the other).

The ice shelf spreads like a thick fluid, flowing slowly from the coast where it started, out toward the ocean. Large cracks, called crevasses or rifts, form wherever the ice is pushing past something, like an island or a coastal headland. Once they form, the rifts become part of the ice shelf system. The ice keeps moving, and as it does the rifts may keep growing. We use data from satellites (images like photographs) to observe the rifts and other features of the ice shelf. The observations are used together with maths descriptions of the physics, to build computer models. The models are used to study why the cracks grow the way they do.

Earlier this year, I gave a graduation speech here at Otago. I still remember the graduation speech that was given when I finished my PhD—it was scholarly and thoughtful and inspired me to think about what my education meant. I wanted to give that kind of speech too. I wrote the speech and then asked some friends here at the university to read it and give me advice. They really helped to focus on the main ideas and to be clear. The speech was about the relationship among landscape, people, and knowledge and I gave it using both te reo Māori and English. My people from the School of Surveying stood up and sang our School waiata at the end. I was very proud of them. There were some nice compliments from people afterward so I think people understood what I was meaning to say and that it was a successful speech.

I make mistakes all the time - everybody does. Most are small mistakes and I figure that I can do something the wrong way twice but by the third time I better have it figured out, and if I don’t, then maybe I should try to do the job in a different way. One of the things I like about working in Antarctica is that it never pays to be in a hurry. In Antarctica, you work with people who are good at thinking before they act and at taking everything step by step, not doing more than they need to do and not doing less either.

Just about everything. I enjoy spending time outside with my family, whether that’s tramping, walking to the park, or gardening. We play a lot of board games and card games as well, though not as much as we’d all prefer. I enjoy cooking—I’m vegan so this means making just about everything from scratch. I also read a lot; comic books, poetry, novels, and non-fiction. I bought a book called He Reo Wāhine to take with me to Antarctica this year. It’s about Māori women orators in the 19th century. I’m also planning to take a book of poems by Rhian Gallagher called Shift (she lives right here in Dunedin). I’ll also take a stack of scientific reading. There is always more to learn! 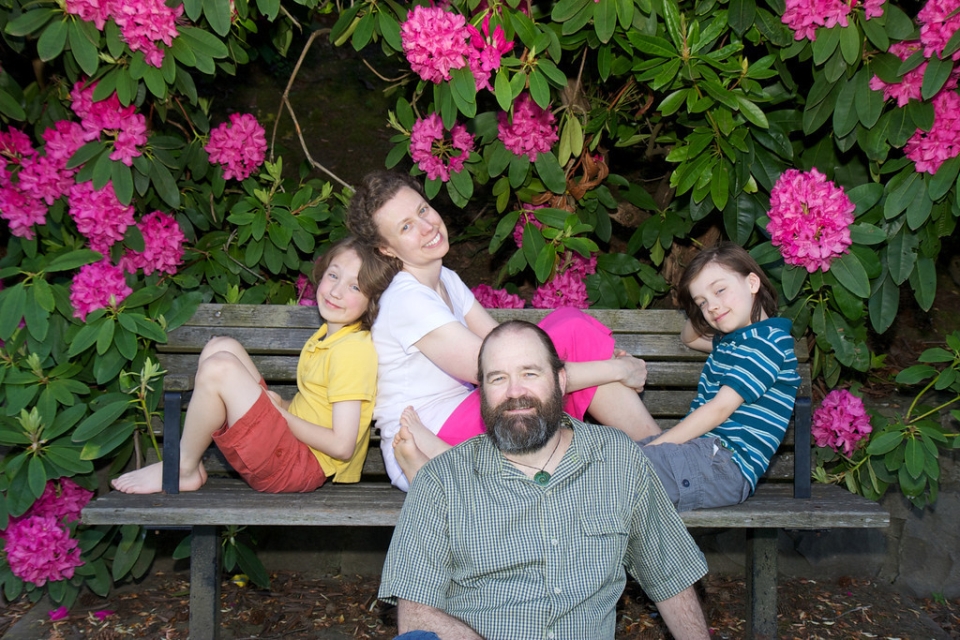