In New Zealand there are volcanoes, earthquakes, landslides and tsunami.

What does geohazard mean?

Geo – meaning from the earth

Hazard – a risk to property, environment or life

So ‘geohazards’ means the risk of damage caused by Earth's processes.

New Zealand sits between the Indo-Australian and Pacific tectonic plates. These moving plates create huge forces that have shaped our landscape; creating mountains, lakes and rivers, and our rugged coastline. These forces can also cause: 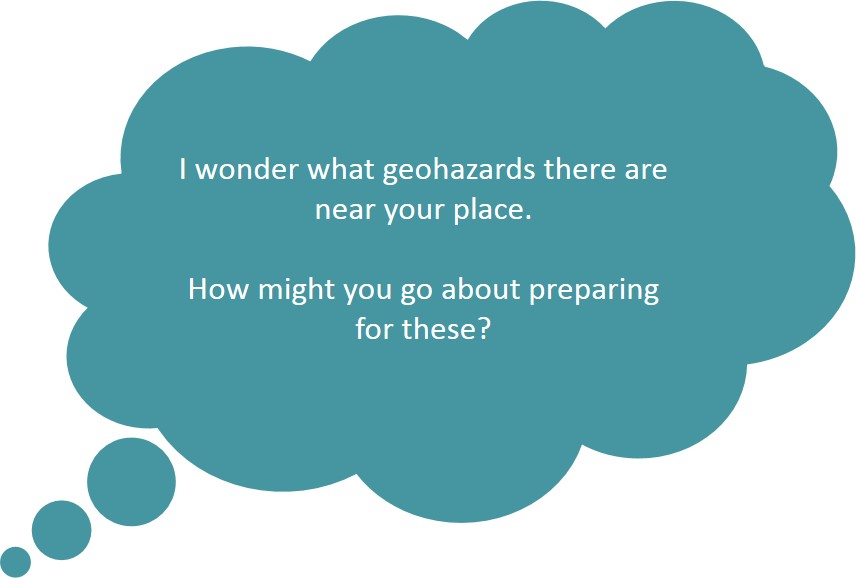 There are about 20,000 earthquakes in New Zealand every year. We only feel about 250 of these. Earthquakes that are strong and close to towns or cities can cause a lot of damage and sometimes loss of life. It is important for New Zealanders to know how to prepare and respond safely to earthquakes.

A tsunami is a series of powerful ocean surges. They are often caused by an undersea earthquake or a landslide. Most tsunamis are like very strong, fast tides, rather than waves. A large tsunami can travel a long way inland. Floating debris and erosion from the strong currents causes most of the damage.

When molten material (magma) reaches the earth’s surface a volcano is formed. If a volcano erupts it can release broken rock, ash, steam, and gases. New Zealand volcanoes such as Ruapehu, Tongariro, and White Island are often active. Ash from eruptions can spread over large distances. The ash can affect people living a long way from the eruption. There are also hazards close to the active vent(s).

A lahar is a mixture of rock and ash from a volcanic eruption. They are like a mudflow that washes down the mountain, melting snow and flowing like a river. Lahars can be fast moving and cause widespread damage.

Hydrothermal activity starts when ground water is heated by magma that is close to the Earth's surface. This creates things like hot springs, geysers and mudpools. Eruptions can occur if this activity becomes unstable. Ground can also be weakened and dangerous gases can form.

A landslide is a movement of soil, rock and debris down a slope. Landslides often happen because of earthquakes, volcanic eruptions and floods (rainfall). 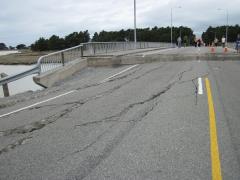 Earthquakes are a common geohazard in New Zealand; why do you think New Zealand has so many earthquakes? Image: LEARNZ. 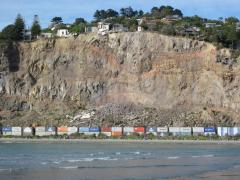 Earthquakes can trigger rock fall or landslides. Do you know where this rock fall has occurred? Image: LEARNZ. 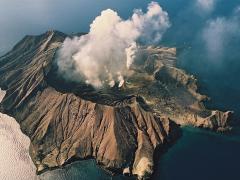 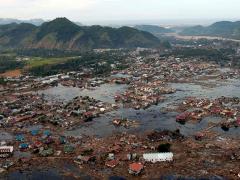 Tsunami can cause huge damage to coastal areas. This is a village near the coast of Sumatra after the 2004 Boxing Day tsunami. What causes tsunami? Image: Public Domain. 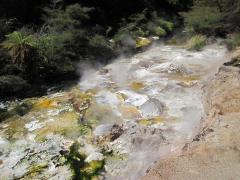 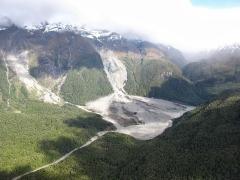 Landslides are also a common geohazard in New Zealand. This is the Dart landslide. Image: Simon Cox, GNS Science.

Take a look at the LEARNZ Geohazards field trip for more information on this topic.