Antarctica has a long history of heroic adventure, exploration and science. Science in Antarctica began over 100 years ago during some of the first expeditions on the continent.

Antarctica has long been a place of intrigue and adventure. Legends say Māori navigator, Ui-te-Rangiora, led a fleet of waka into the Southern Ocean in the 7th century, and sealing and naval expeditions sighted Antarctica in the 1800s. By the end of the 1800s, Antarctica had become the focus of international scientific and geographic exploration.

The accounts of early Antarctic explorers include descriptions of amazing adventures, unbearable hardship and sometimes tragedy. These expeditions are still fascinating and inspiring today, they are also important to science.

Science in Antarctica began over 100 years ago and continues to this day. This science helps in our understanding of the climate and world around us. 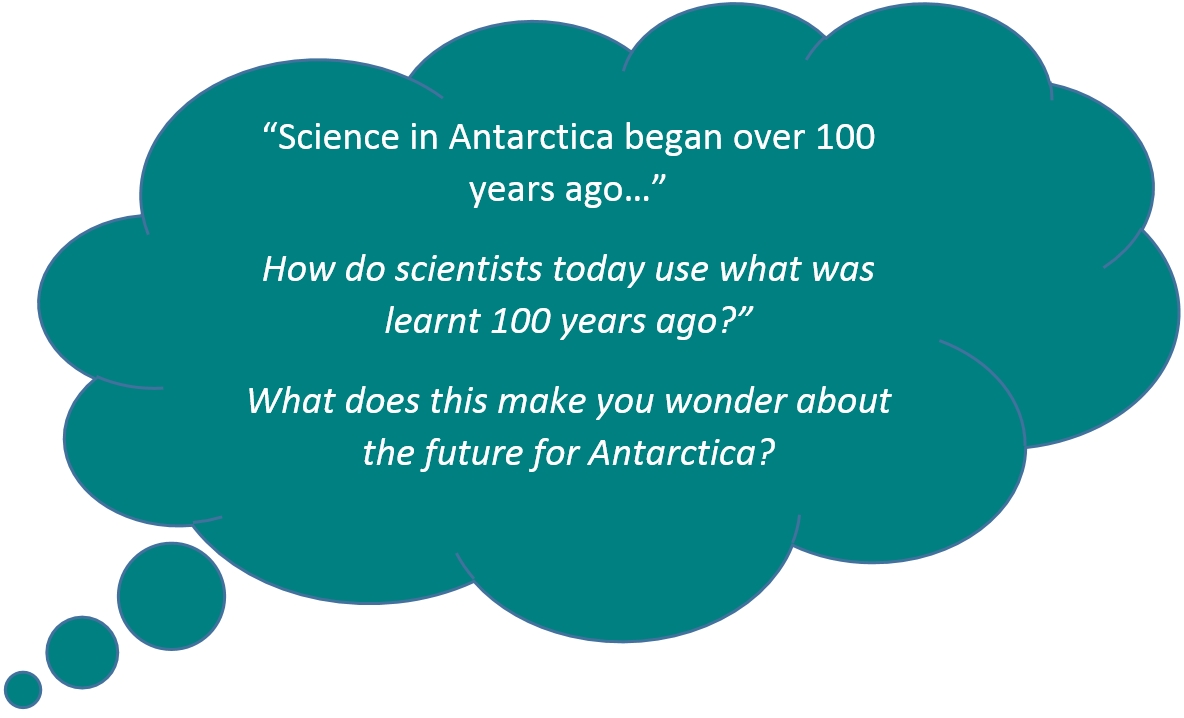 Scientists today are still using recordings made over 100 years ago. Some examples include:

Technology has greatly improved the amount and accuracy of science recordings in Antarctica. However, scientists are still faced with the same challenges of working in a very cold and isolated place.

Some methods of recording have changed very little since Scott’s first expedition. One example is sampling sea water. Nansen bottles were first designed in 1894 by the early polar explorer and oceanographer Fridtjof Nansen and later developed by Shale Niskin in 1910.

The bottle is lowered on a cable to a certain sea depth. Each end of the bottle is open and has a cap which is either spring-loaded or tensioned by an elastic rope. A messenger weight can be dropped down the line to trip both caps shut and seal the tube. Newer Niskin bottles can be set to close electronically. You can see an old Nansen bottle being used during Scott’s Terra Nova Expedition here.

In recent years, scientists have focused on climate change and two major questions:

Antarctica is changing. Within fifty years there will be large differences in the size of Antarctica’s ice sheets and ice shelves.

Scientists think that, once they understand how things work in Antarctica, they can use this knowledge to make predictions about the impacts of climate change elsewhere. 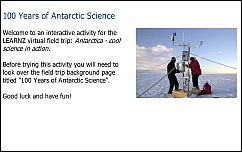 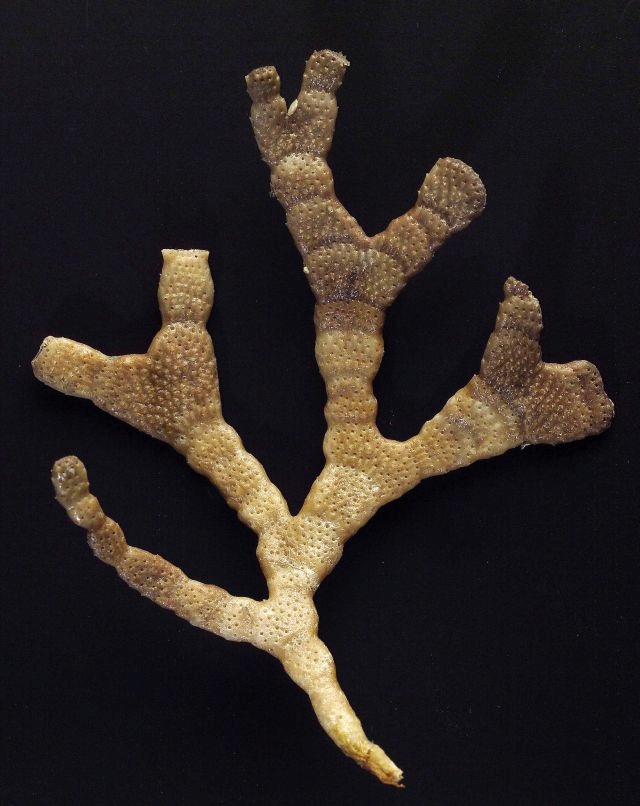 Cellarinella is a bryozoan which builds a skeleton with tree-like growth rings which can be measured to find out about growth patterns due to changes in CO2 levels. Image: Public Domain. 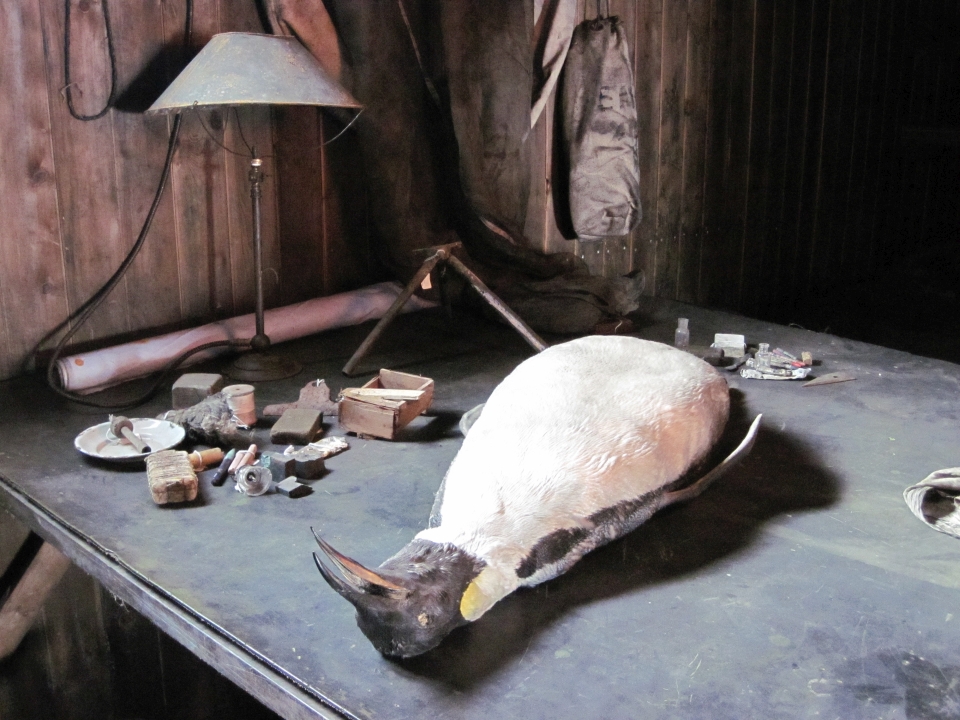 An emperor penguin remains in Terra Nova Hut as evidence of some of the scientific work that was done during Scott's expedition. Image: LEARNZ. 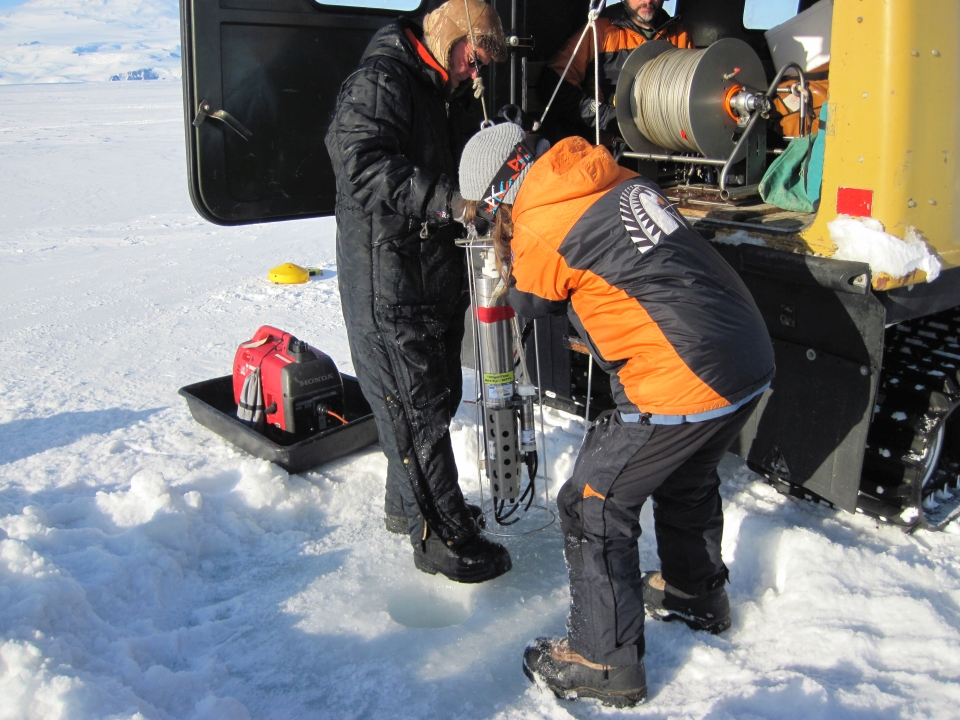 Scientists use a Niskin bottle similar to what was used 100 years ago to collect samples of sea water. Image: LEARNZ.