The Science of Conservation | LEARNZ
Skip to main content

The Science of Conservation

The Antarctic Heritage Trust looks after the historic huts in the Ross Sea area. This work is challenging in the extreme conditions of Antarctica and requires careful conservation work.

Five expedition parties built bases in the Ross Sea area of Antarctica, including:

From the very beginning, these expeditions were as much about science as they were about adventure and fascination with the unknown. Huts were built to house people, supplies, animals and scientific equipment, including the latest technology of the day.

Scott’s and Shackleton’s wooden huts have survived for over 100 years in Antarctica’s extreme environment, but they are still being damaged by: 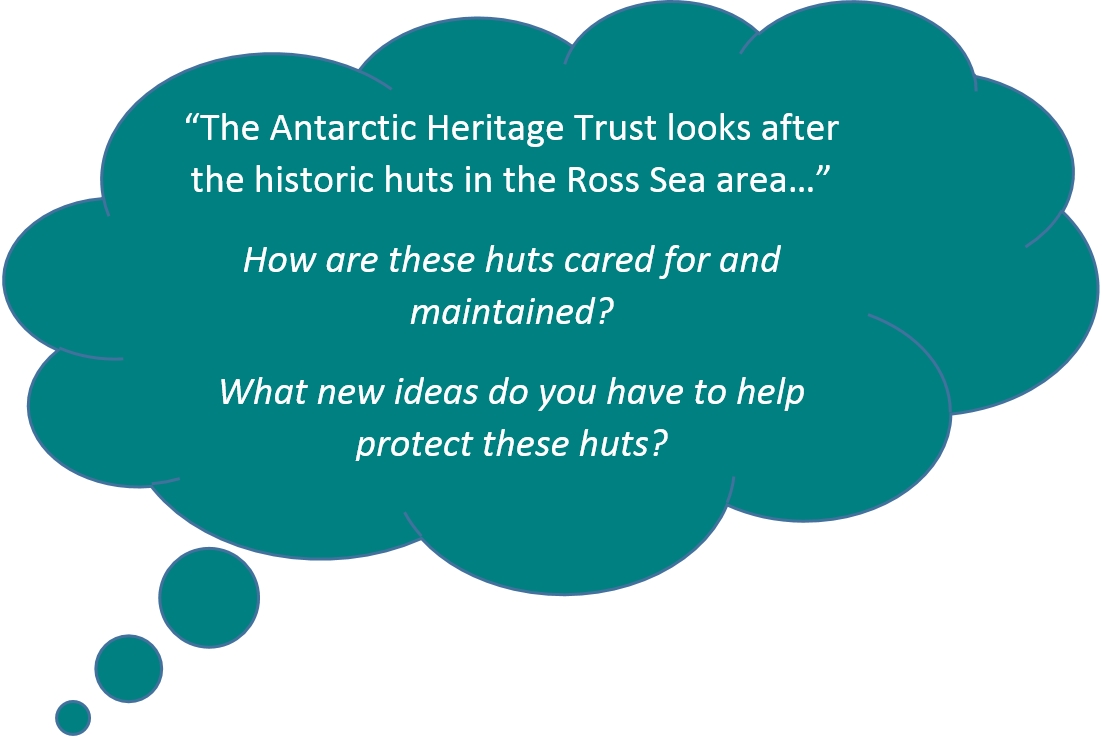 The Antarctic Heritage Trust looks after the huts in the Ross Sea area. Research has been done to find out how microorganisms which are damaging the huts can survive the sub-zero Antarctic winters. When temperatures rise above 0ºC, ice melt within the huts provides enough moisture for the fungi to grow and reproduce.

Experts were worried that if too many people visit the huts, heat from their bodies and moisture from their breath could add to this problem. So scientists recorded temperature and relative humidity in the huts before, during and after groups of visitors. They found that the visits had no effect on the hut environment.

This research involved collecting more than 1,000 samples from within the huts and isolating bacteria and fungi from 724 of these samples.

The scientists tested some of the fungi from their samples at a range of temperatures (4ºC–25ºC) to determine in what conditions they would grow. They found that all the organisms grew even at 4ºC, and three species produced more new cells at 4ºC than at any other temperature – they were cold adapted and even produced different enzymes to digest the wood depending on the temperature.

So far, the team have found that the historic Antarctic huts contain both introduced and endemic fungi. These organisms are well adapted to survive and reproduce in their harsh environment. Many of them cause decay in the timbers of the huts and in other items, such as boots and clothing, left by the early explorers. This poses a real challenge to people working to conserve the huts for the future. 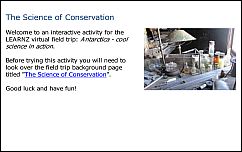 Why do you think so much effort is made to conserve the historic huts in Antarctica? 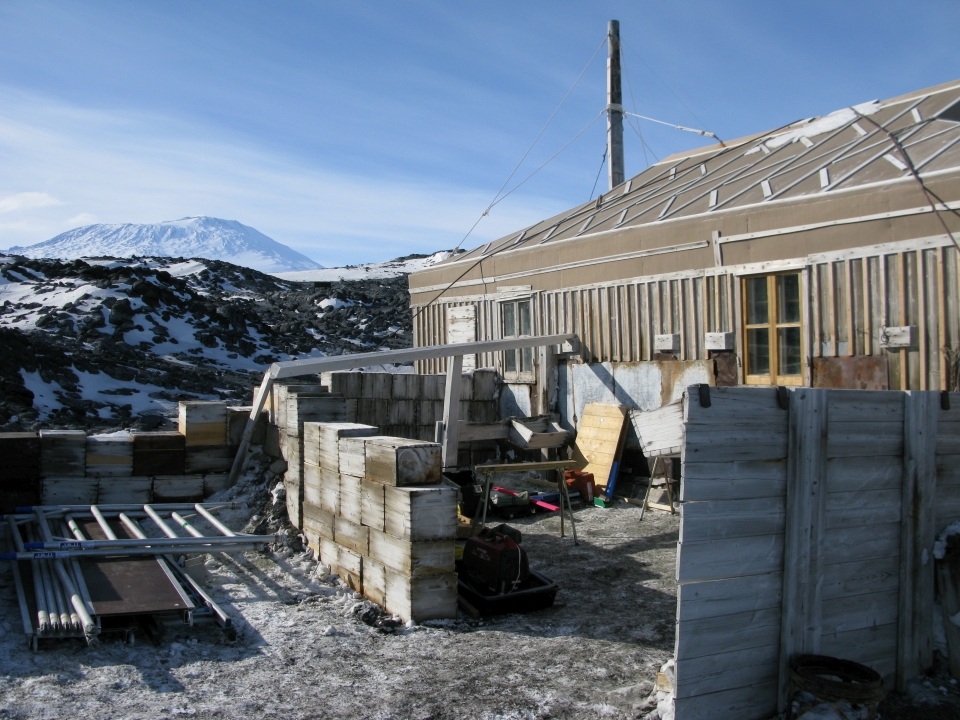 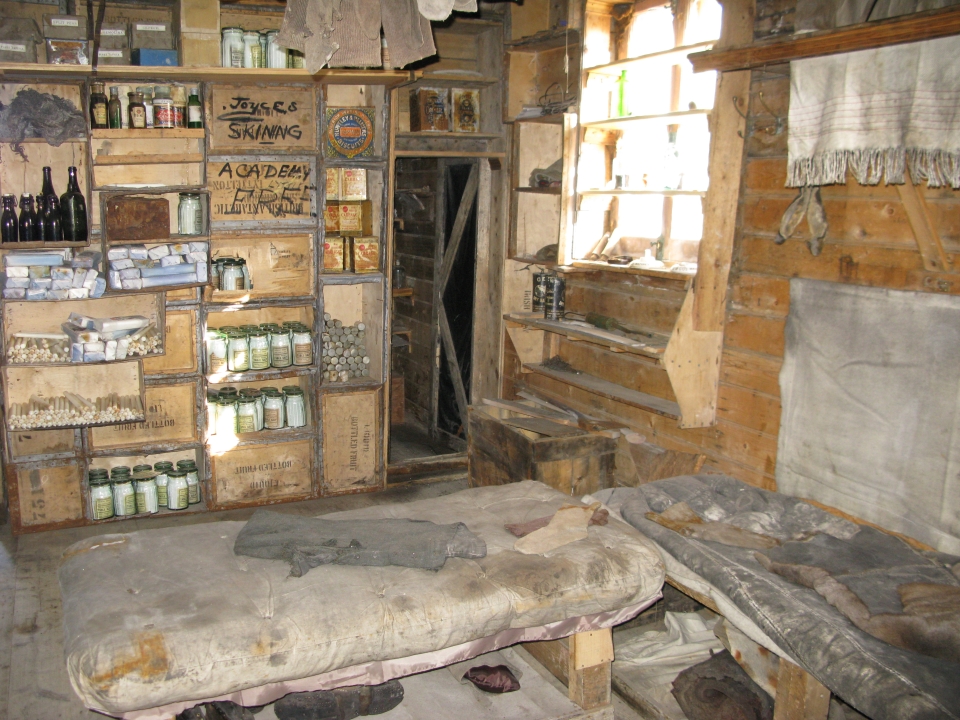 Inside Shackleton's Cape Royds Hut. Everything you see here has been carefully restored. Image: LEARNZ. 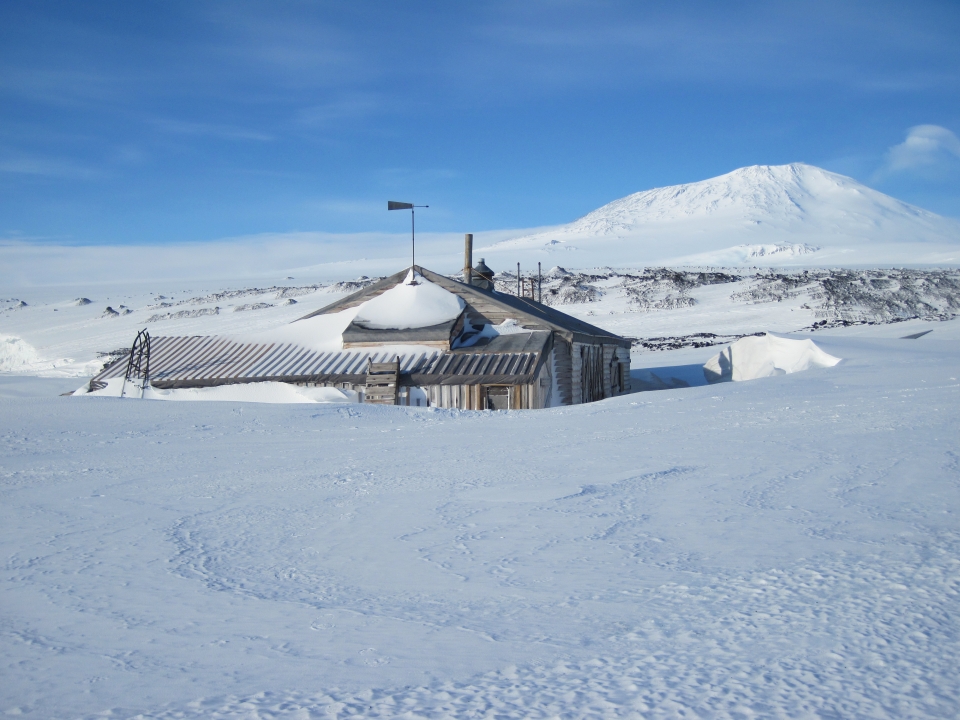 Scott's Terra Nova Hut at Cape Evans has also been restored. What leads to damage of these historic Antarctic huts? Image: LEARNZ. 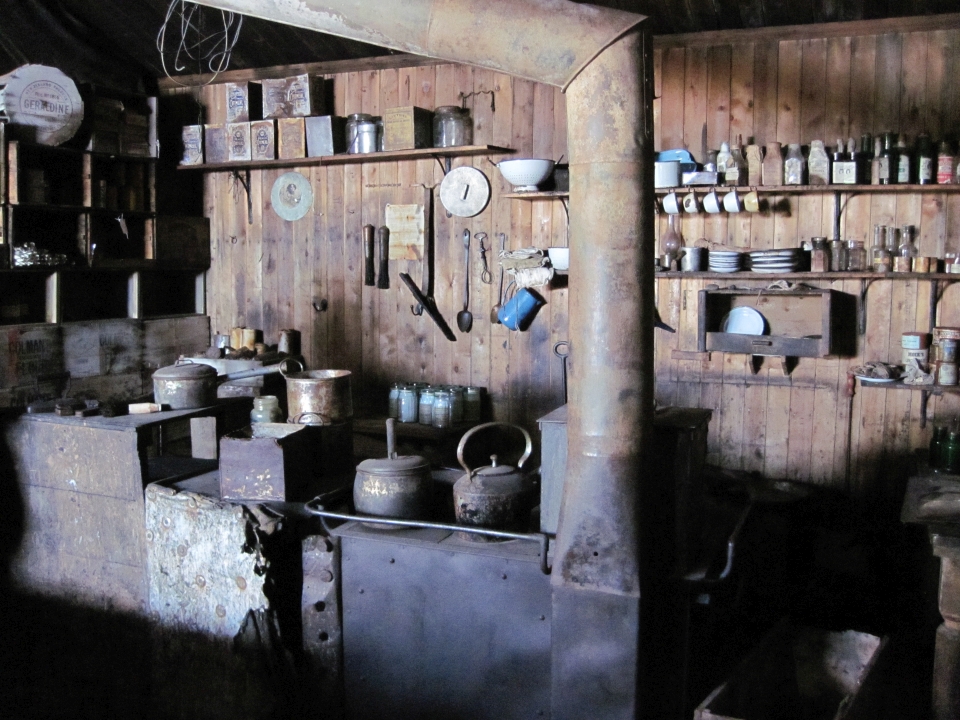 Inside Scott's Hut you can see the kitchen and stove used to heat the hut. Image: LEARNZ. 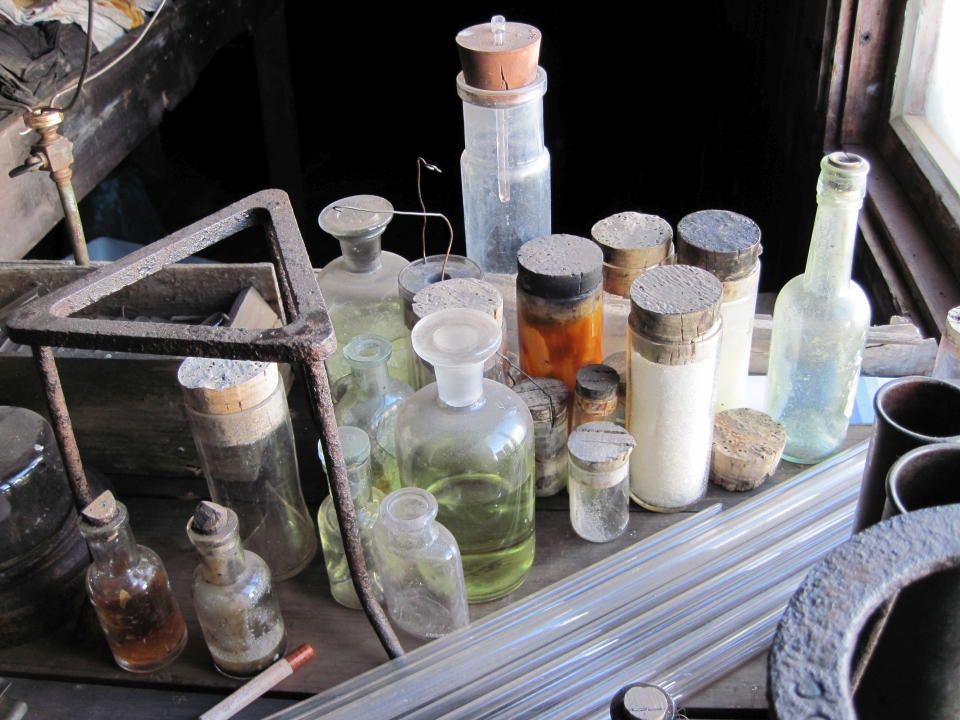 Science equipment was left behind at the end of the Terra Nova Expedition. It has been carefully preserved by the Antarctic Heritage Trust. Image: LEARNZ.